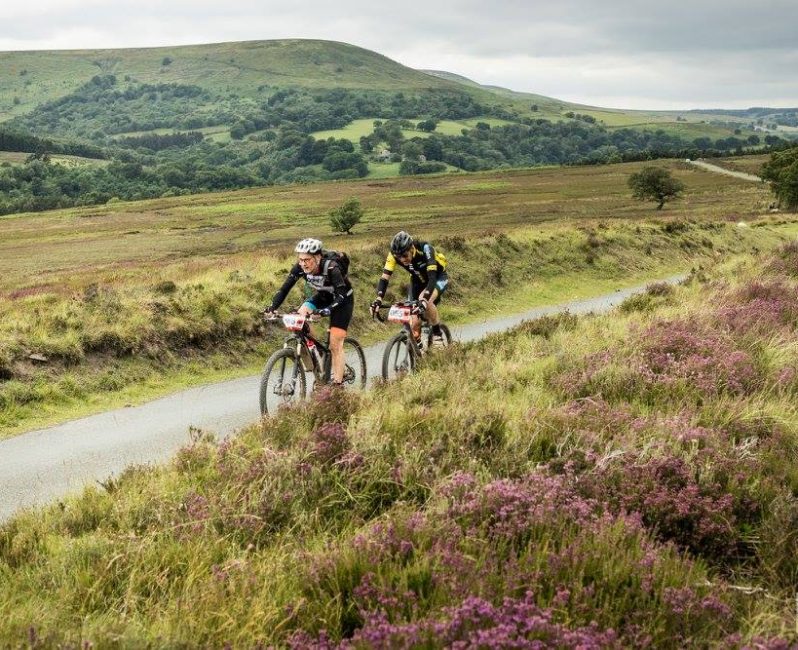 I am a great fan of grass roots events, as opposed to the more corporate events, that fill the cycling calendar. Yorkshire True Grit looked as if it would tick all the boxes and I was looking forward to it although, as a long term flatlander, doubts about my climbing ability were very real.

Four of us were supposed to be riding the 100k event but we had one person drop out through injury. Nevertheless, the full complement headed up from Suffolk on the Friday to sample the best of what Yorkshire had to offer.

The road up to Paradise Farm was steep and twisty. Both Rich and I (in car 1) managed to convince ourselves that this was not only the way to event HQ, but it was also the final section of the course, a misconception that stayed with us until the very end of the ride next day. (My map reading skills are legendary, mainly because of their absence, so at least I have an excuse!)

The camp site was relatively clear when we arrived so we picked a spot large enough to take our tents and James’s mobile hotel.

Sign on in the beer tent, music and free pasta welcomed us to the event. The beer was excellent, the pasta tasty, the tent would have kept us dry had it rained, and the music was enjoyable. The omens were good.

As usual, I failed to acclimatise to tent life and spent a largely sleepless night, bewailing the fact that I had left my book at home. This had to be one of the quietest event camp sites I can remember. None of the issues with generators running late into the night, just peace, a little rain, and wildlife to listen to before I eventually drifted off in time for the dawn chorus which I always find vaguely soporific.

Next morning’s bacon rolls and coffee were memorable and I wish there had been time for more but there was some riding to be done.

Preparation for this event had been plenty of hard miles on and off road but the one thing we lack is elevation. I live on the top of a ‘hill’ which tops out at 230 feet, so Yorkshire was going to take a bit of getting used to!

The start involved the usual mass sorting as the fast riders made us eat their dust and the remainder juggled themselves into groups determined by speed. James was one of the quickies so he sped off, not to be seen again until later in the afternoon. Rich and I meanwhile, had resolved to ride together.

All was going well. My Mason Bokeh was performing well on all counts except for when the trail tipped downwards. I was in control ok but Rich, who had brought his mountain bike, just left me for dead. No problem, I’d catch him on the level bits (ha ha) or on road sections.

The plan was working well until fate dealt me a blow. My front mech packed in and I had no access to the little ring. Normally, I’d have fixed a bodge there and then but I didn’t want to get too far behind. Suffice to say, I struggled and he got away. Passing riders muttered sympathies and disappeared. Still, I struggled on conscious that I was digging too deeply into my reserves, too early on.

After what seemed like an age, I came across Rich patiently waiting at the side of the trail. A quick discussion and the shifter issue was fixed….I’d ride on the little ring only. From then on, we kept in contact sharing the work as much as possible.

The climb onto the moors… a section of hike a bike and then up, and up and up. The climbing seemed to go on forever but it was good fun. The trail was fast and we reeled a fair few riders in. The descent to the feed station when it arrived, was swift and we pulled in for 10 minutes break.

Fruit….what an inspired choice….oranges and melons…..and tea! I could have stopped there all afternoon but there was some serious riding to do. 37 miles in, 23 to go and we kicked it off with a steep climb. Hmm…..I was walking quite soon. Less of a Quintana and more of an Andre Greipel in physique (without the tree trunk thighs) the climbing was always going to be an issue for me but I was going to be ok on the technical descents. Or so I thought until a few of us were given a master class over a steep, rooty section, by a lady rider who showed us all how to do it. If you are reading this… chapeau! 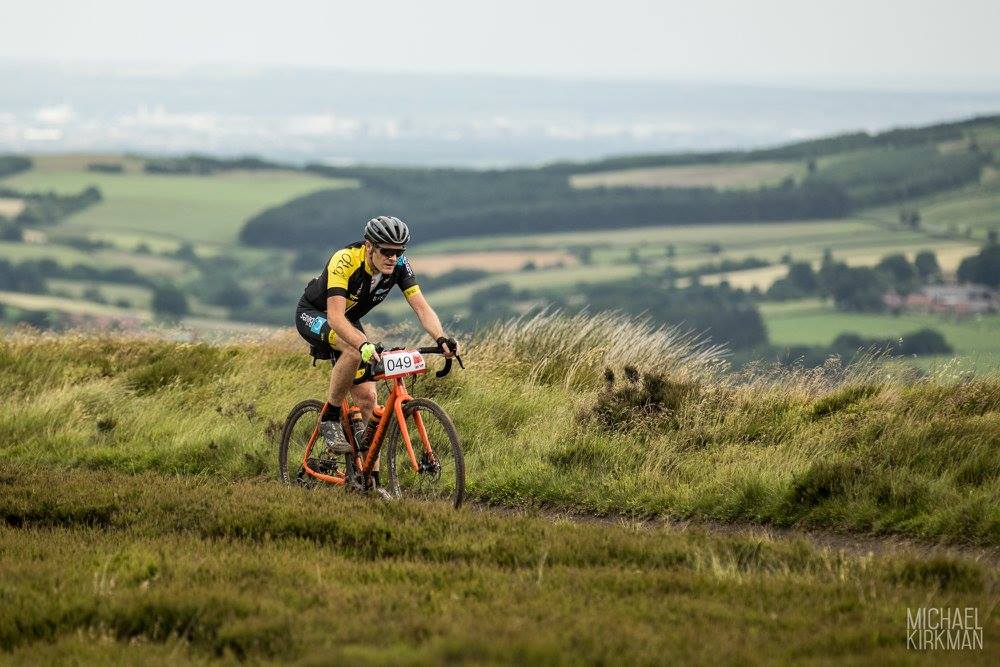 The second leg was where I learned how to suffer and the bigger climbs turned into ‘taking my bike for a walk uphill’. My Strava data feed showed that my maximum heart rate on one climb was 203. The highest I have recorded before (recently) was 176 on a prolonged, flat out, road sprint so I have no idea where 203 came from. Anyway, let’s just say I died a little as the extra effort of the first 15 miles took its toll. Richard, who is closer to a Quintana than a Greipel, took control and dragged me home, though I helped when and wherever I could.

I loved the stony singletrack close to the finish, a bit of fun as a reward for what had gone before. Then to finish with a cheer and a free beer made it all worthwhile. Unlike races, there was no raft of post mortem excuses, just a sense of achievement.

For me, the standout note of the day, or the weekend was the organisation. Laid back, friendly yet efficient at HQ, a well marked out route and a truly varied riding experience all rolled into one.

On reflection, this was more of a MTB course than a gravel ride, “gravel on steroids” one rider called it. My bike picked up some new stone chips, the soles of my shoes were ripped to pieces by the rock and I ache like mad. Result!

Meanwhile, James went round like a superannuated rocket and was 7th man home. Considering he went off course a few times due to a lack of signs (or eyesight), that’s quite an impressive effort. Well done, slow poke!

Kit notes: James and I both rode Mason Bokehs. He opted for 700c while I went for 650b. I suspect I was the more comfortable of the two, but he was the quicker. Rich was on a 29er hardtail with 100mm travel and was as happy as Larry!