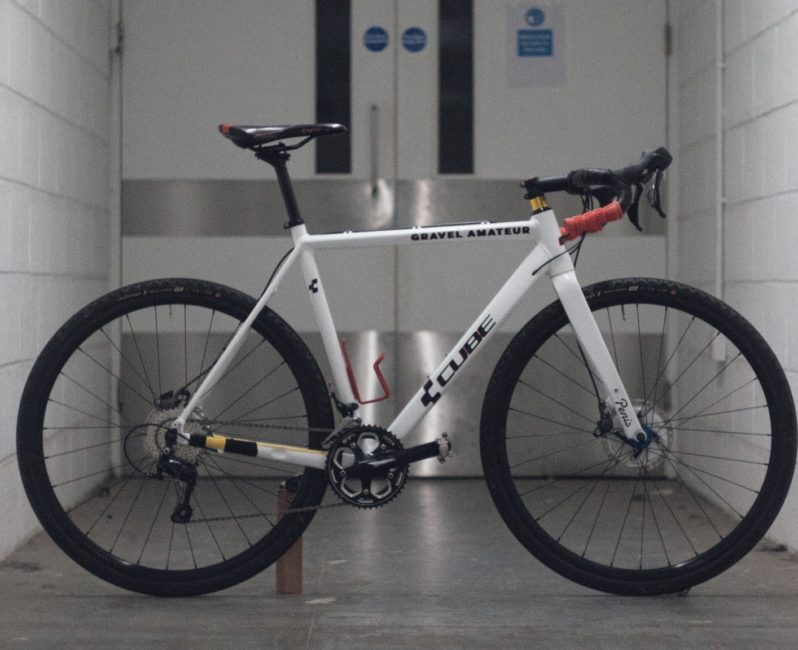 In our writer’s and reader’s rigs series, we chatted to Will Jones of Zetland Cycles about his curiously named ‘Gravel Amateur’.

Behold, my 2016 Cube Cross Race Pro, AKA the ‘Gravel Amateur’: I am rarely cross, I don’t race anymore and I am definitely not a professional. It has worn many hats, from a CX race bike, through commuter duties before I overhauled it fairly dramatically into its current role as a grav wagon. 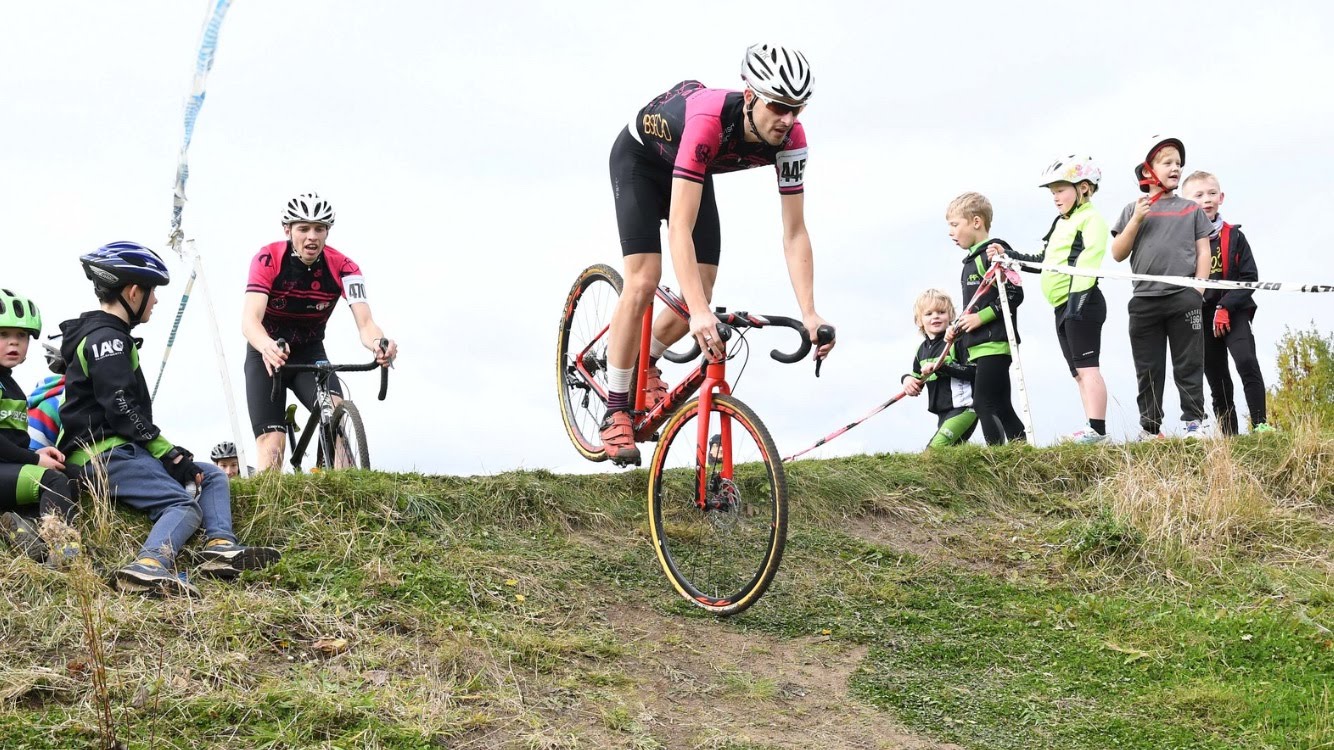 Back in the CX racing days in original red livery

Box-fresh or deep custom? Run us through your mods

The biggest swap was the repaint, which I did myself with spray.bike rattlecans in an anaglyph old school 3D red/blue scheme, plus some Cube motifs on the inside of the fork legs and along the top tube. The red/blue theme continues elsewhere with the custom wheelset from Ryanbuildswheels, with a blue front and a red rear hub and red/blue accent nipples at the valve hole. 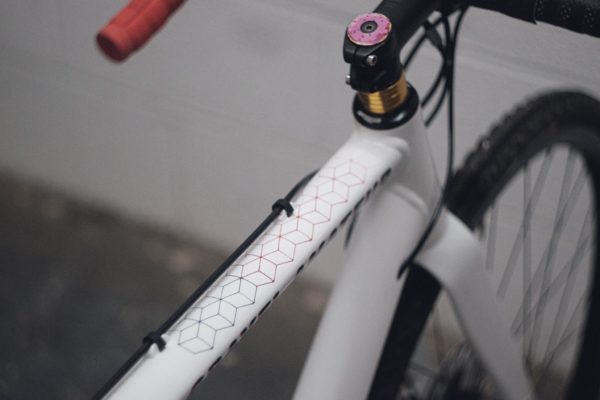 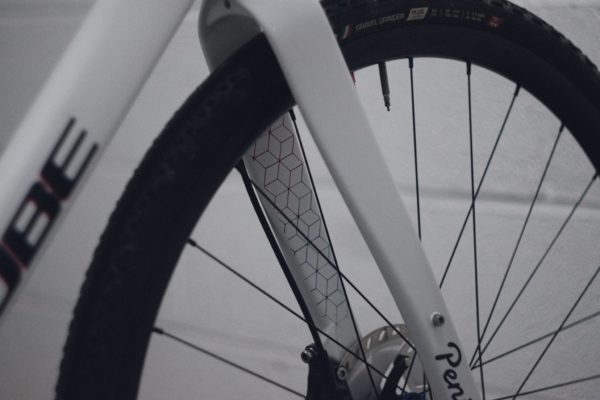 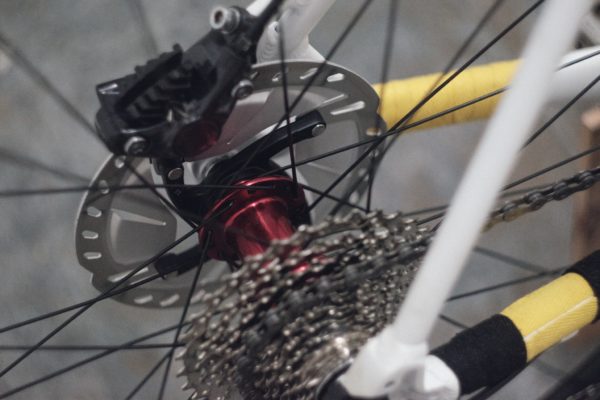 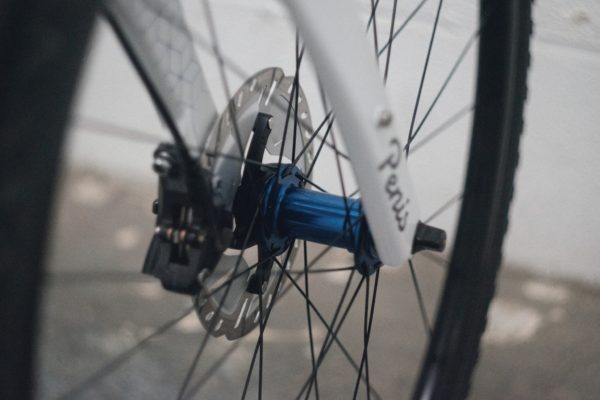 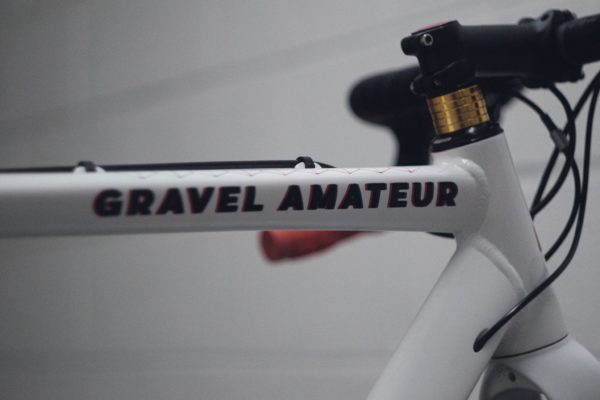 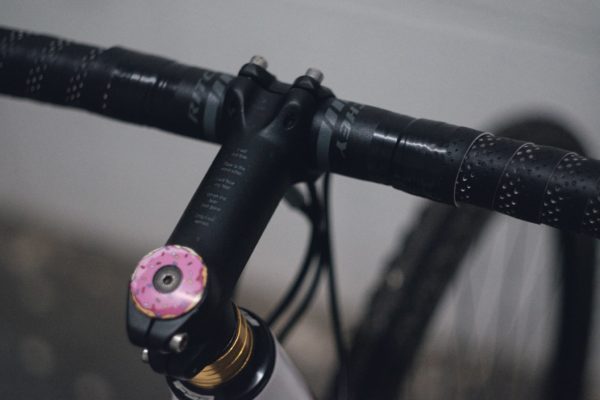 The bars were swapped from the relatively narrow, but CX compliant stock set to a set of Ritchey Venturemax with extra grips on the drops. If you’ve not tried this I thoroughly recommend it: the look may not be to everyone’s taste, but the additional control and comfort is undeniable. I’ve left the drivetrain and brakes unchanged as I don’t want to worry about scratching fancy cranks. Someone once told me before my first CX season ‘don’t race what you can’t replace’ and I’ve continued that mentality despite no longer racing. 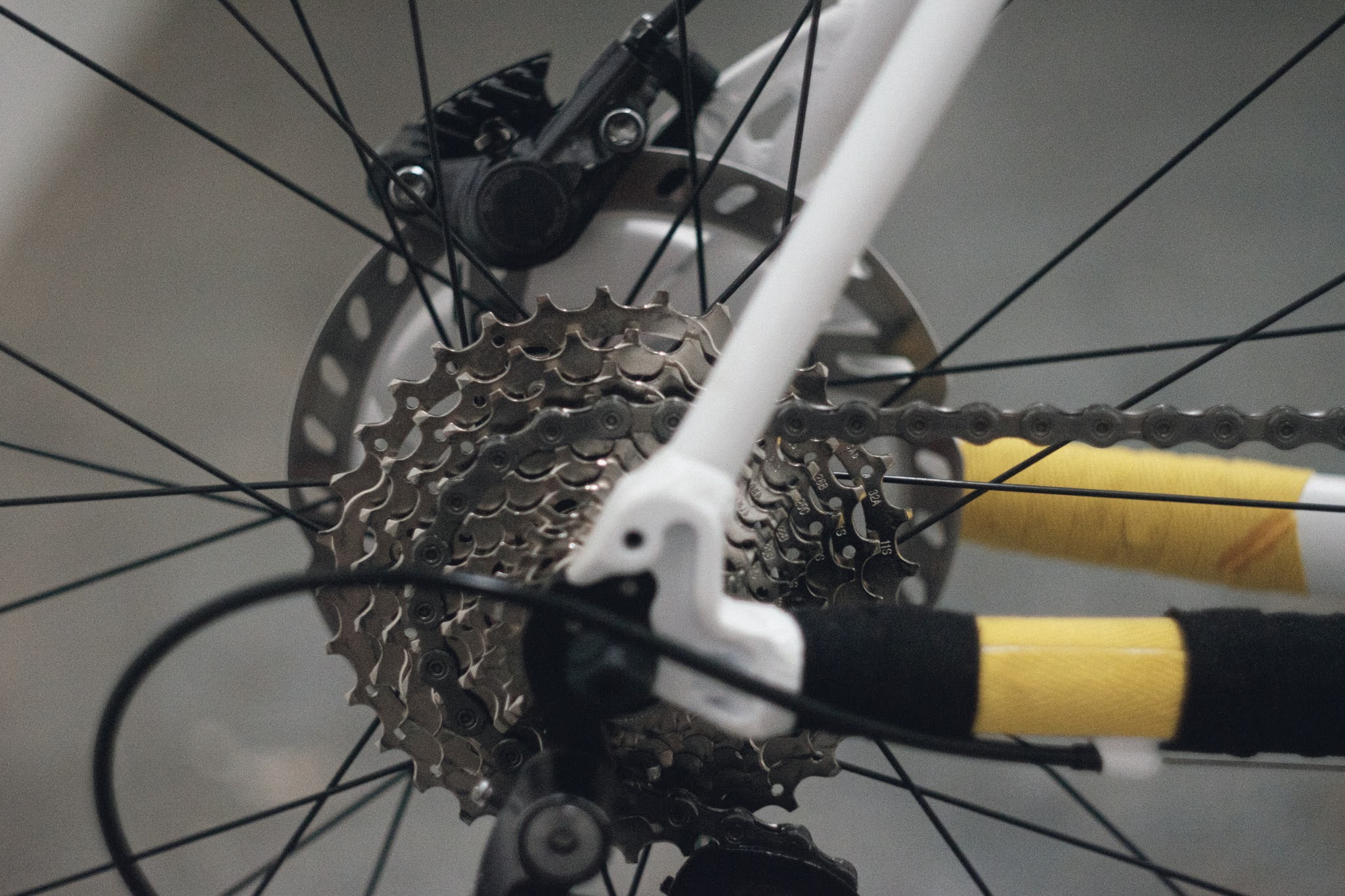 The stem has also been swapped from the original to a plain black option, which I then engraved with a modified version of the Litany Against Fear from Dune. It’s a hella nerdy reference, but it’s always good to read before a sketchy descent. This is then capped off with a doughnut stem cap, because snax, and accented with some gold spacers because they’re shiny. 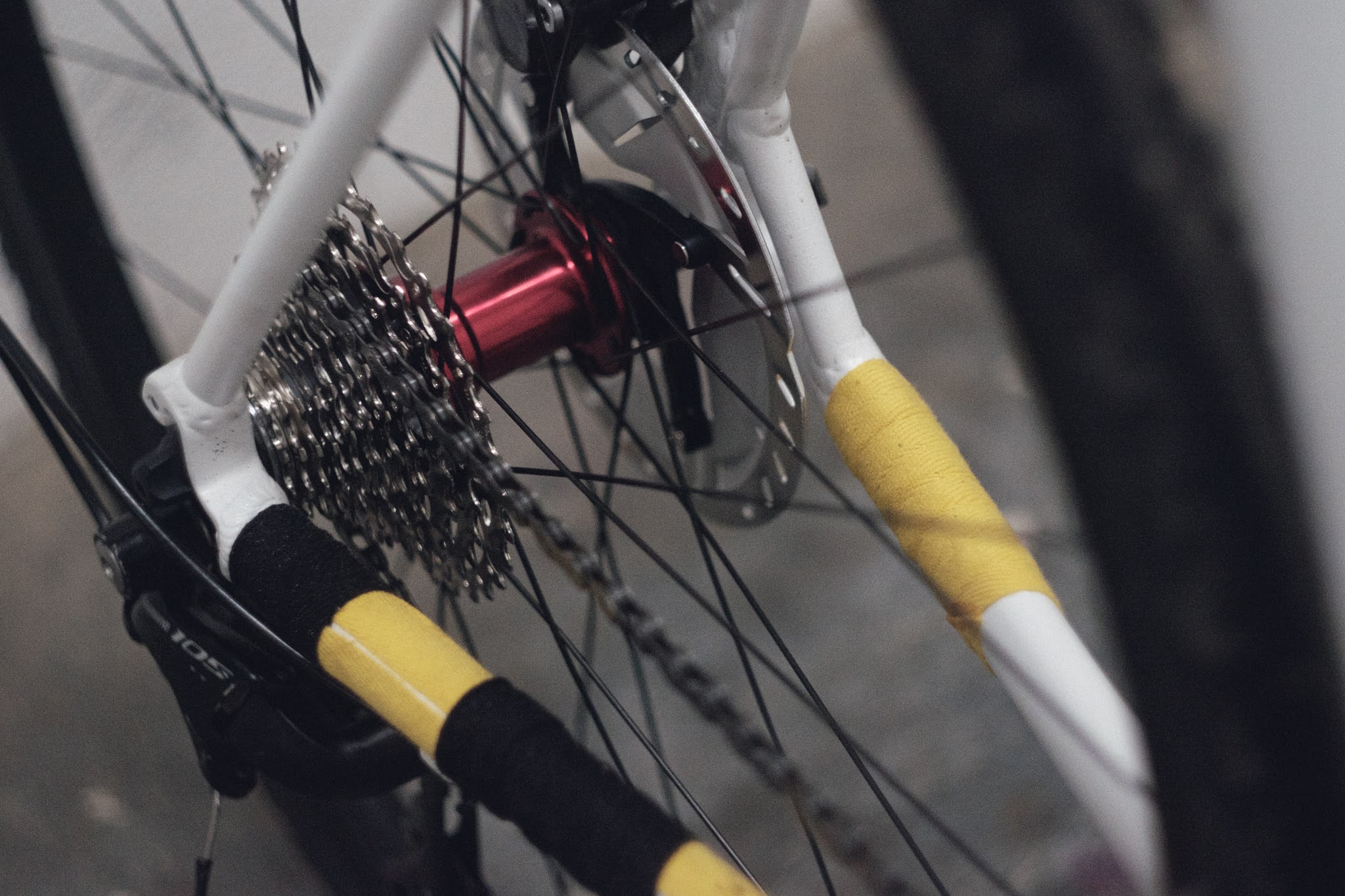 Lastly there’s some chain stay protection using old school cotton bar tape, both to protect from chain slap and to stop my heels rubbing through the frame as I tend to ride a little duck-footed. Oh, and to address the penis shaped elephant in the room, it does say ‘Penis’ on my forks. I used to be an awful bike snob and it’s a little two fingers up to my former self.

Bikepacking, riding or racing: do you have any different set ups?

No more racing due to a back injury, but it could easily be swapped back to UCI compliance with some 33mm tyres and popping the old bars back on. Day to day I tend to run the stem angled downwards but I flip it over for touring or bikepacking duties.

Lately I have been running a Carradice Nelson Longflap at the rear with a Bagman support, but this can also go on the front with my DIY bag support and I’ve an even bigger Camper Longflap that can then go on the rear for full capacity bikepacking. 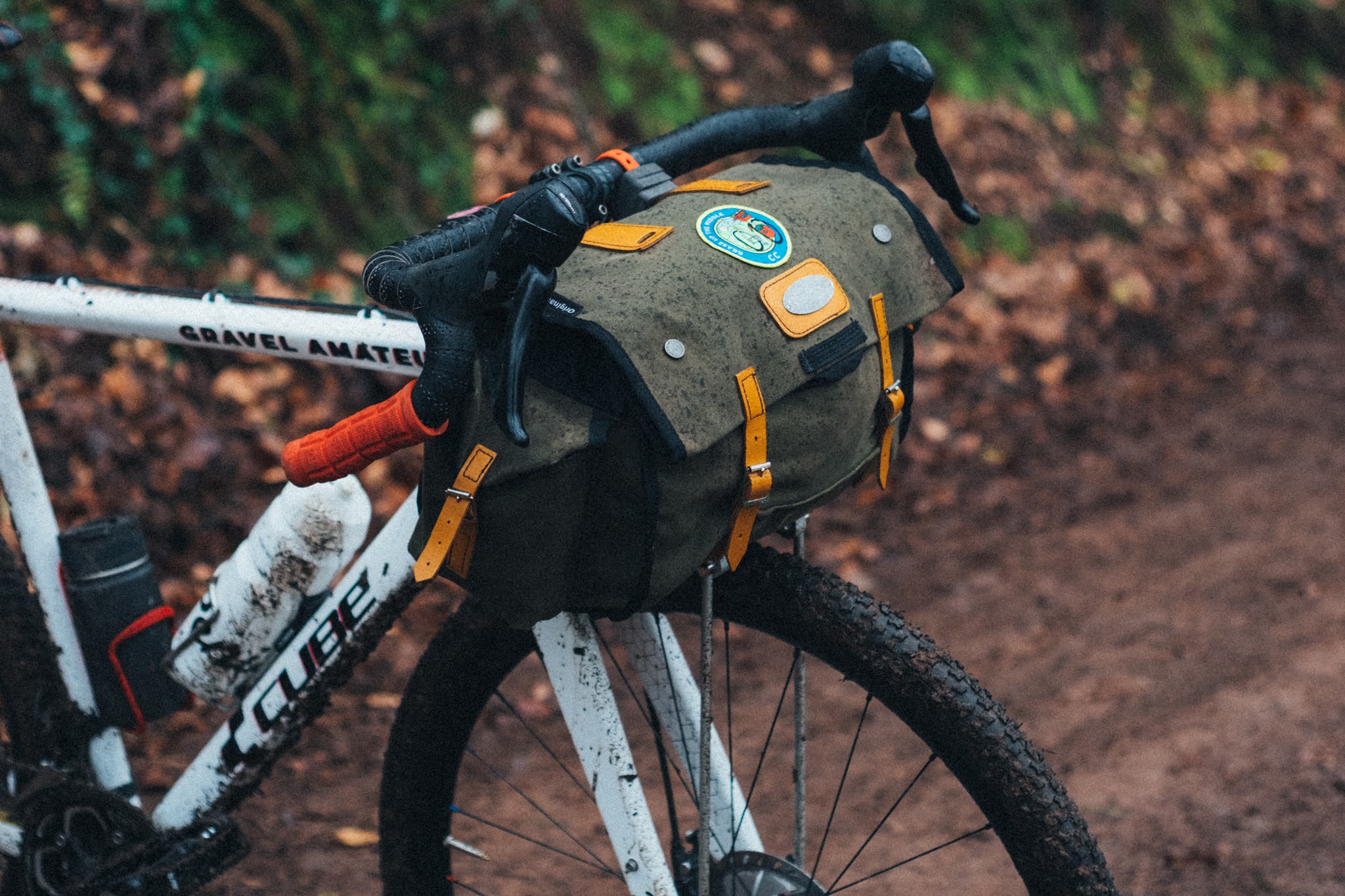 There are plenty of options for luggage too

The thing I swap most is tyres, primarily because of my crippling addiction to premium rubber. The first step is admitting you have a problem, right?

Do you have one component or aspect of your setup that you really love?

The Ritchey Venturemax bars have been transformative. At 46cm at the hoods, and 56cm on the drops they’re wide without being absurd, and flared but without putting the hoods at an uncomfortable angle. They inspire confidence on descents, and especially with the grips on the drops they’re extremely comfortable over rough terrain. Plus I kinda like the fact the look splits opinion, because I’m juvenile. 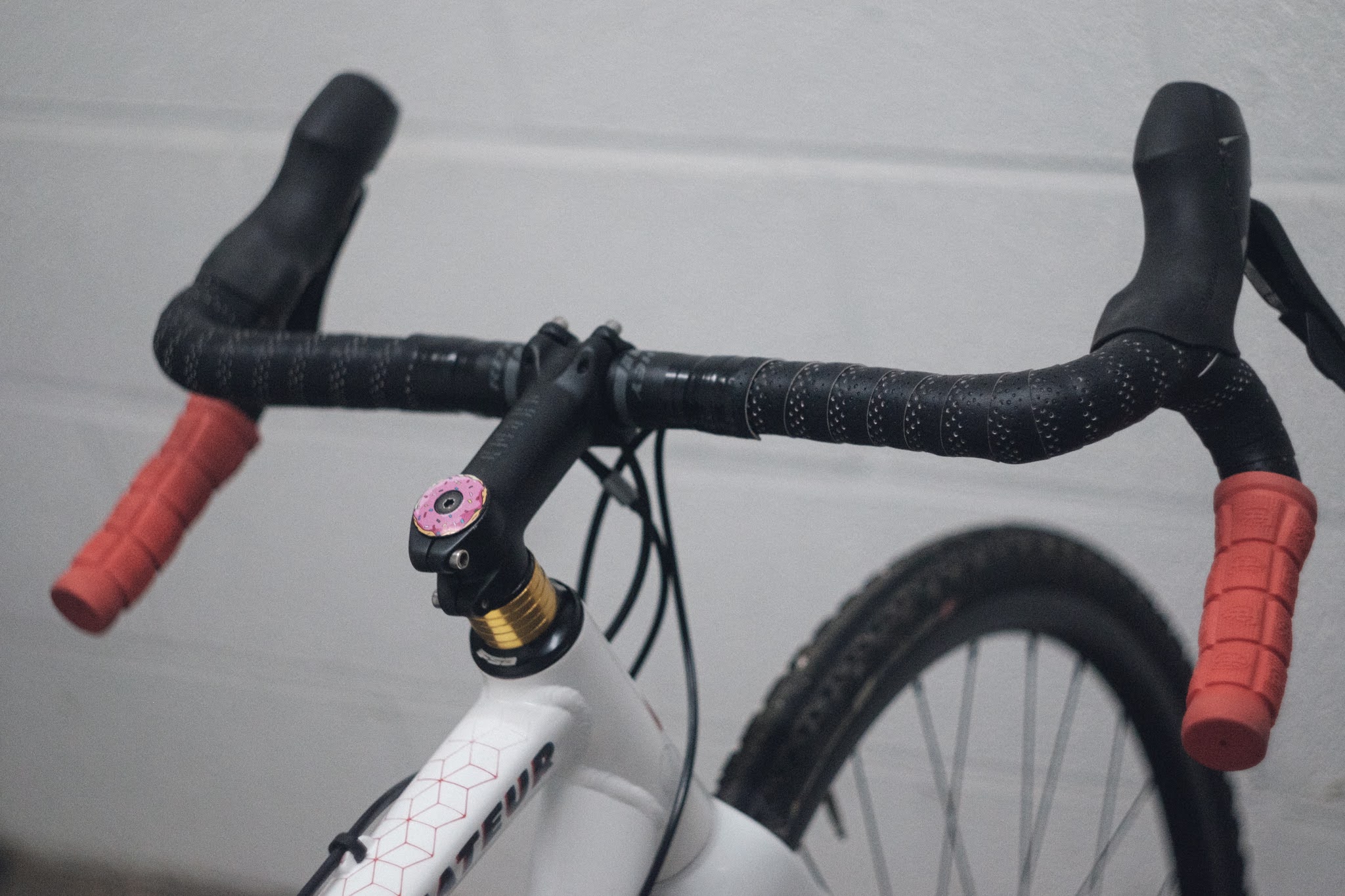 Don’t knock it ’til you’ve tried it, apparently

What’s your one most outstanding memory with your rig?

In 2017 my friend and I planned to ride from his place in Lichfield to my place in Leeds, then back the next day. I was training for the Dirty Reiver (which I subsequently had to back out of because I slipped a disc) and still had the stupid CX gearing of a 38t single ring and an 11-25 block at the rear. Turns out the Peak District was way hillier than I expected. It was February, I’d forgotten my winter jacket so was wearing my friend’s Aldi Special, but we had blue skies, empty roads and no wind for hours and I’d not seen him in ages. Unfortunately the terrain and my dumb gear choices flared up an old knee injury, but I was saved from embarrassment by my friends rear derailleur cable snapping. As it was a Sunday at 6am there were no open bike shops, so we ended up getting an eye-wateringly expensive train back to Lichfield. 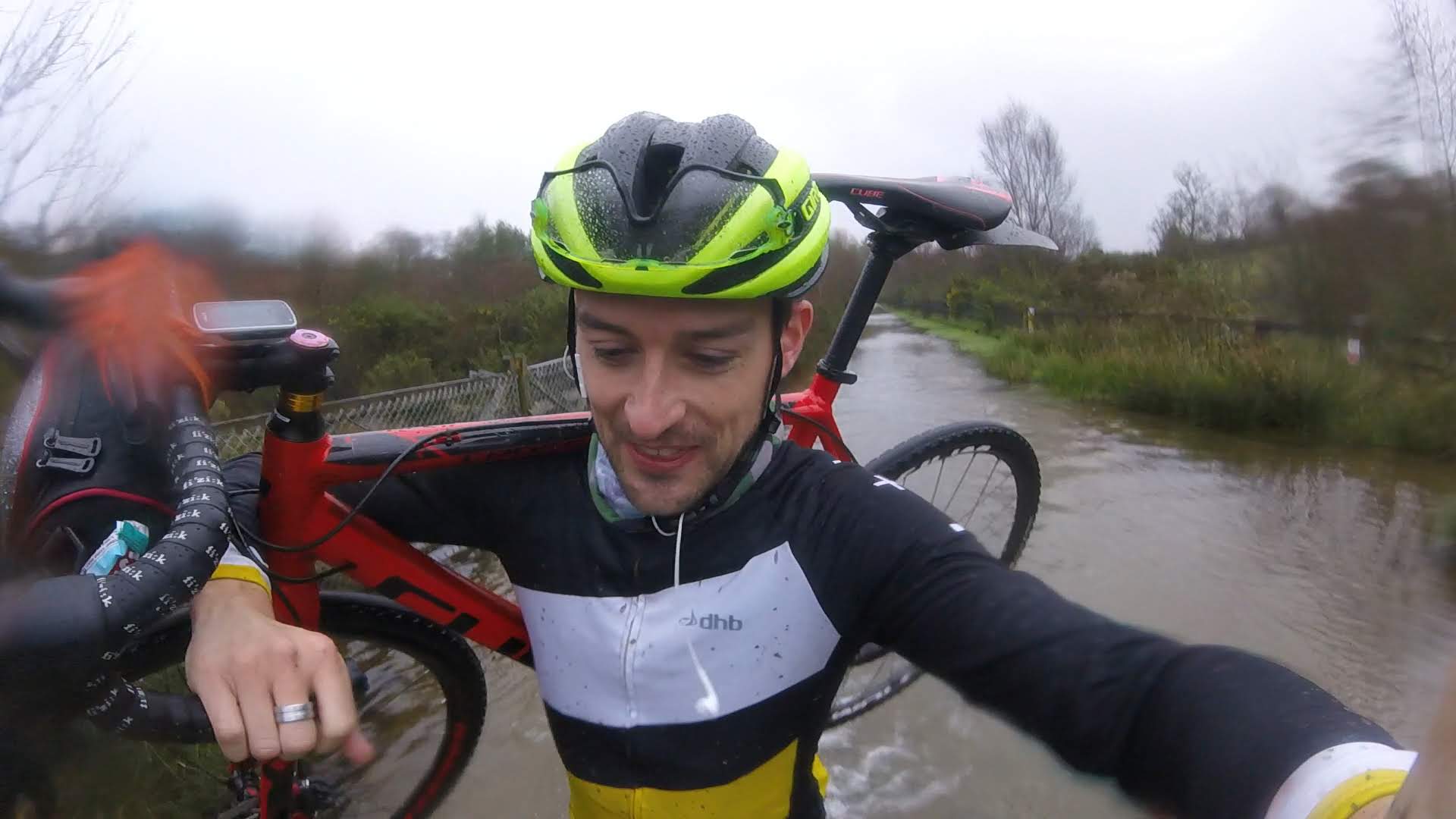 Classic scenes on the day you forget your rain jacket

Do you have any questions for Will about his set up? Drop ’em in the comments and be sure to check out more at Zetland Cycles on Instagram and check out how you can convert an old MTB to a grav steed here.

Great article. I love the bike too. I wont have a bad word said about those shifters though. They are ergonomic AND pretty. I feel like a fighter pilot using mine.