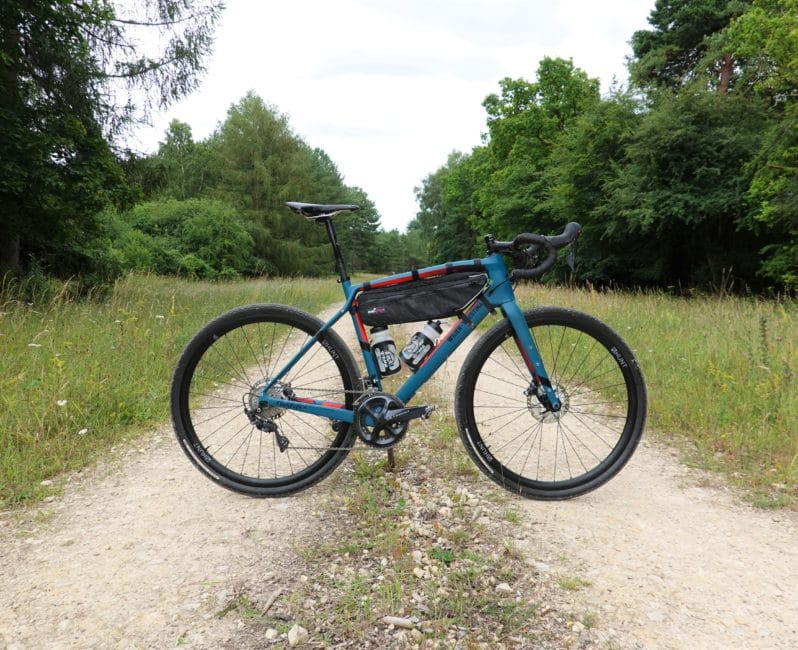 Wilier describe the Jena as a gravel bike with ‘racing comfort’ geometry. Reading the promotional material it seems to be promising (almost) all things to all men. I am not quite sure it does that but, it certainly ticks a lot of boxes.

The Wilier Trestina name is one that you’d instantly associate with the road, but the Italian brand has been making some seriously well thought out mountain bikes for a number of years now. Gravel is the next logical move and the Jena design takes cues from both cycling disciplines.

What is the Jena?

Visually, the Jena’s profile with its oversized tubes and curving lines doesn’t offer any suggestions that it is a lightweight bike. But Wilier claim that a medium frame weighs just 995 grams. The adventure-ready fork with a full accompaniment of cage mount dimples, tips the scales at 450 grams. So the racing snakes should be rather taken with that! 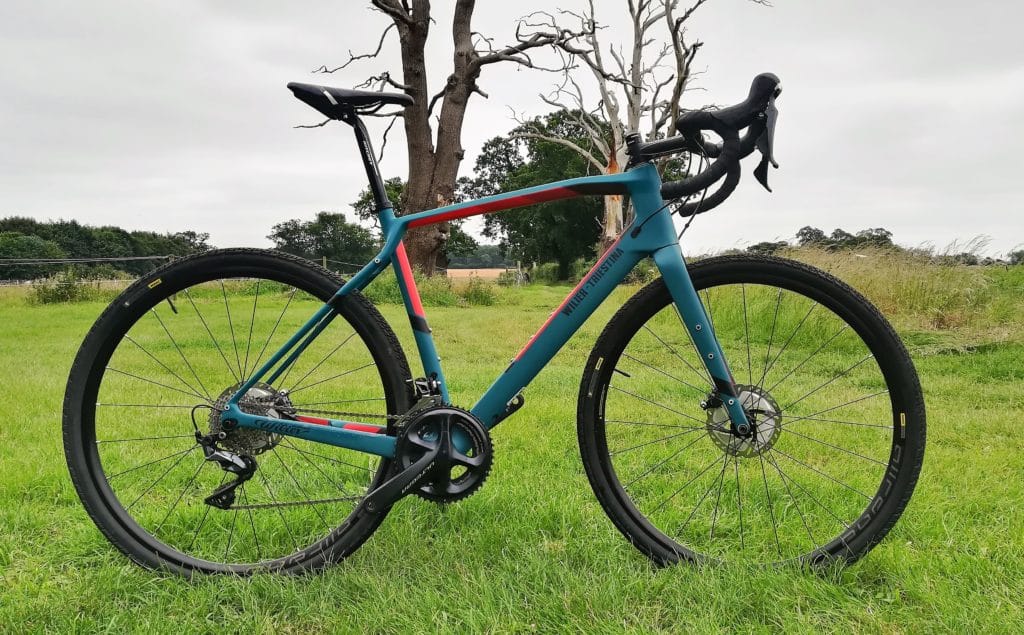 To look at, the Willier Jena has a lot going on. Lots of curving shapes and kinks are accentuated by the vivid colour scheme. It looks a lot more stylish/conservative in black to our eyes. Wilier describe Jena as “designed to satisfy any of your needs, whether it is performance on dirt roads and single track, or adventure, exploration, and bikepacking.”

To back this up, the bike is covered with a plethora of mounts. There’s cagemounts on the forks, lowrider luggage mounts, mudguard mounts and of course, two bottle mounts inside the main triangle. A little odd why they didn’t go all the way and add a third bottle mount under the down tube. Or for that matter, bento box style fittings on the top tube. 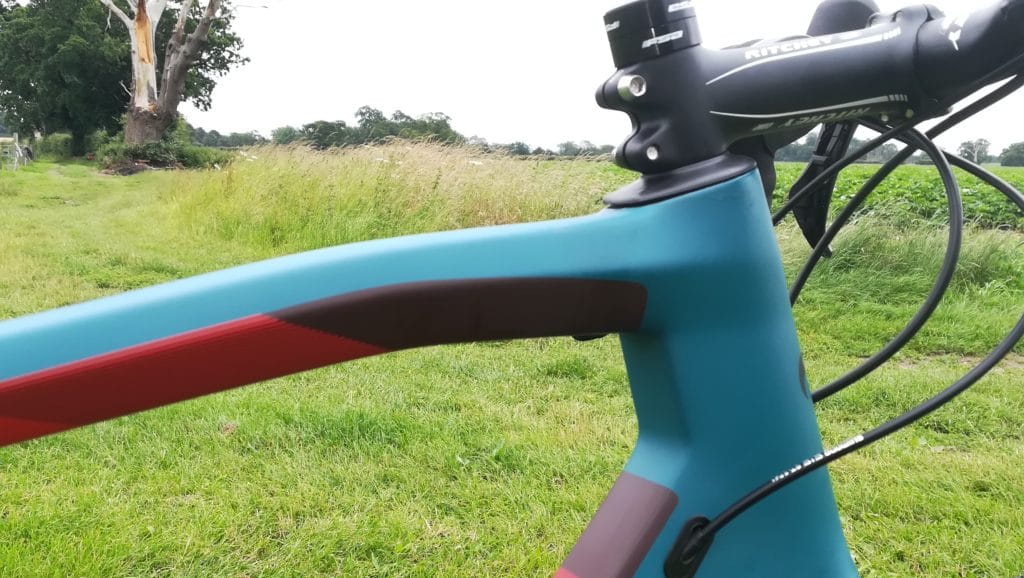 With internal cable routing, flat mounts and through-axles, the Jena is as current as any of the current carbon crop. As with many carbon frames, the Jena features everyone’s least favourite bottom bracket standard, the press fit. In this case its BB86, but we’ve had no cause to raise criticism as this one behaved impeccably. And no matter if you’re tall or short, with five different frame sizes, spanning XS to XL, there is bound to be a Jena to suit you. 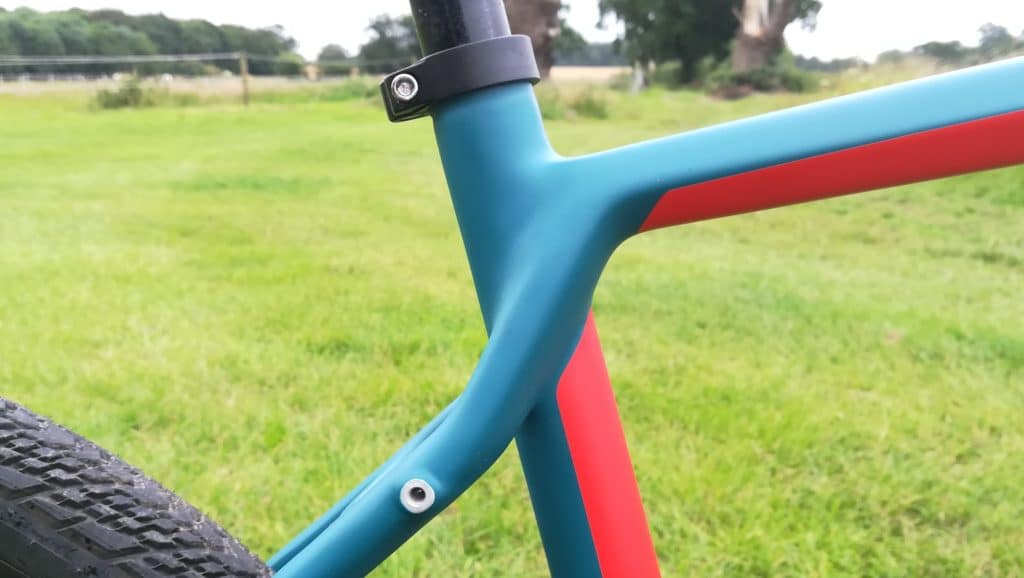 Some interesting shapes abound on the Jena

Although not slow, the whole design seems to be oriented around long days in the saddle with a full load of luggage. It took me a little while to get my head around this but once I did, I could begin to appreciate its qualities. A tall head tube is accentuated further by adding the Ritchey Ergomax Comp riser bars, which makes the ride position feel very ‘sit up and beg’ rather than racy.

Our test bike came with a generous amount of steerer tube and a stack of spacers. Admittedly, if you are planning on riding a long way, you may appreciate the hybrid position. Even with a swap of the bars for something more conventional, speed freaks will probably prefer a negative rise stem. 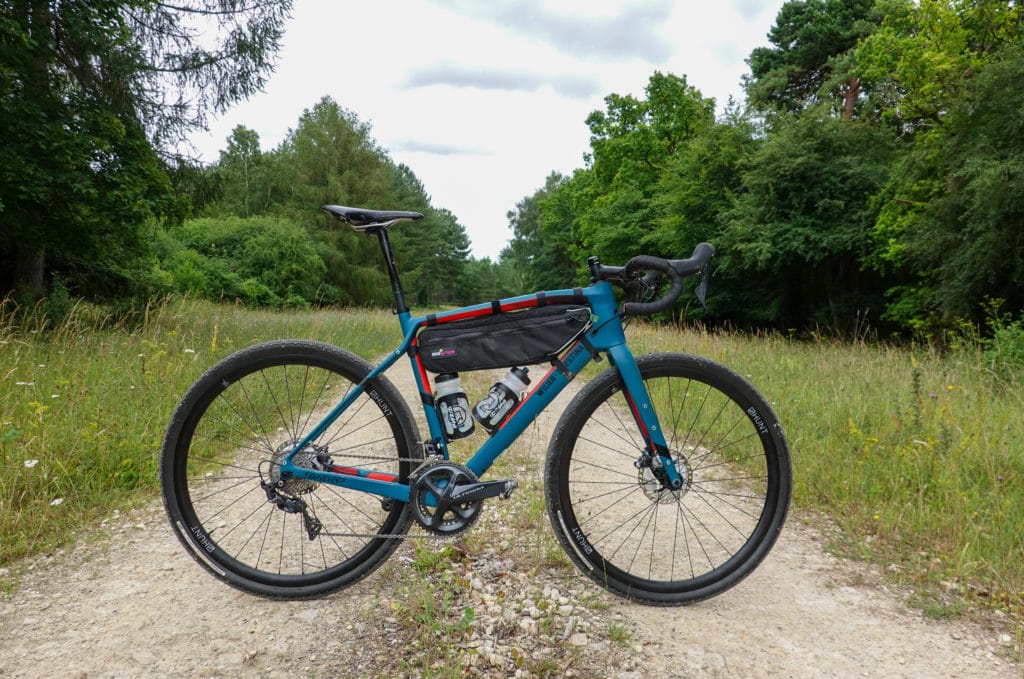 While on the subject of speed, Wilier have given that some serious consideration too. The frame features Wilier’s trademark Kamm Tail downtube design. A truncated tube designed like an airfoil – pointy at the front where it faces the wind, blunt on the back. Its subtle rather than the in your face aero design of the 3T Exploro.

The bike we had on test featured a full Shimano Ultegra R8020 groupset with a road biased 50/34-tooth chainrings and 11-30 cassette. It was far away from anything we’d ever dream of specifying on a gravel bike and thankfully for 2020, is no longer an option. Shimano GRX 1x and 2x variants are accompanied by entry level SRAM Rival 1x and a range topping SRAM Red AXS model. 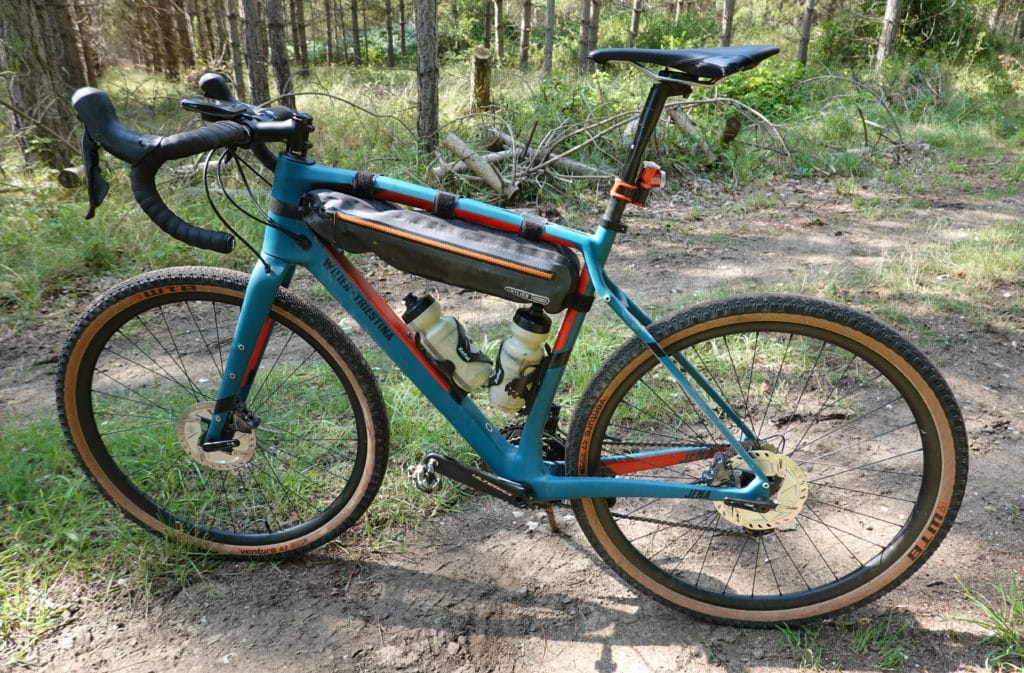 It doesn’t take many miles riding to appreciate the Jena’s light weight and lithe handling. The frame geometry is at the racier end of the gravel spectrum, but I struggled with the ErgoMax bars. They made the front end too tall, giving a wayward feeling. Switching to an aggressively negative rise stem helped and if this was my own bike, the bars would be the first thing I’d replace. 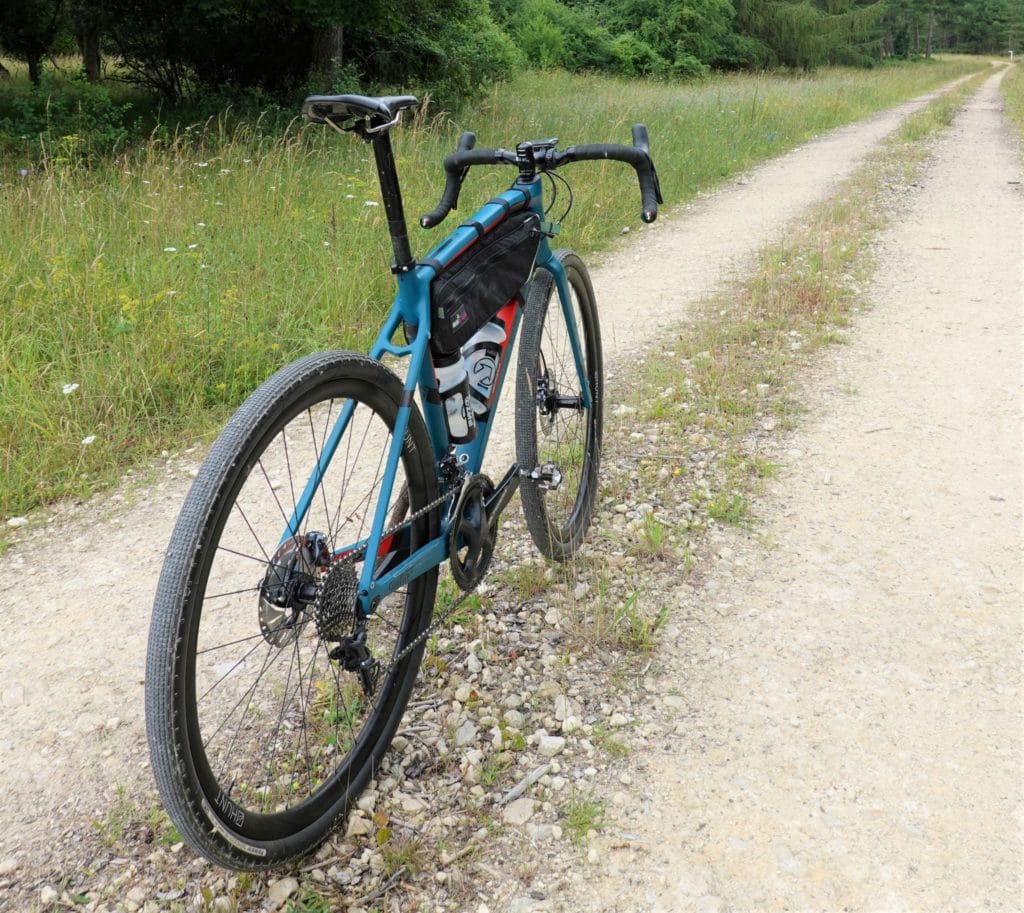 Generous stand over clearance is achieved by sloping top tube. This also results in a lot of exposed seat post, allowing a degree of flex over rougher terrain. Great standover rarely translates to great cargo space, hence why the real tourers are tall. The Jena’s curving central triangle is quite tight for bags and bottles but can be made to work with cage-movers. Further compliance is achieved by the flattened and pencil thin seatstays which Wilier engineered to absorb vibrations.

Wilier make great emphasis of the Jena’s ability to run both 700c and 650b wheelsets. Supplying our test example with both pairs to try out. If fast pace is your thing with a bias towards the road and excursions onto gravel track, 700c is the way to go. The smaller wheel size would be our choice to take the sting out of the tail for rougher terrain and bikepacking excursions. 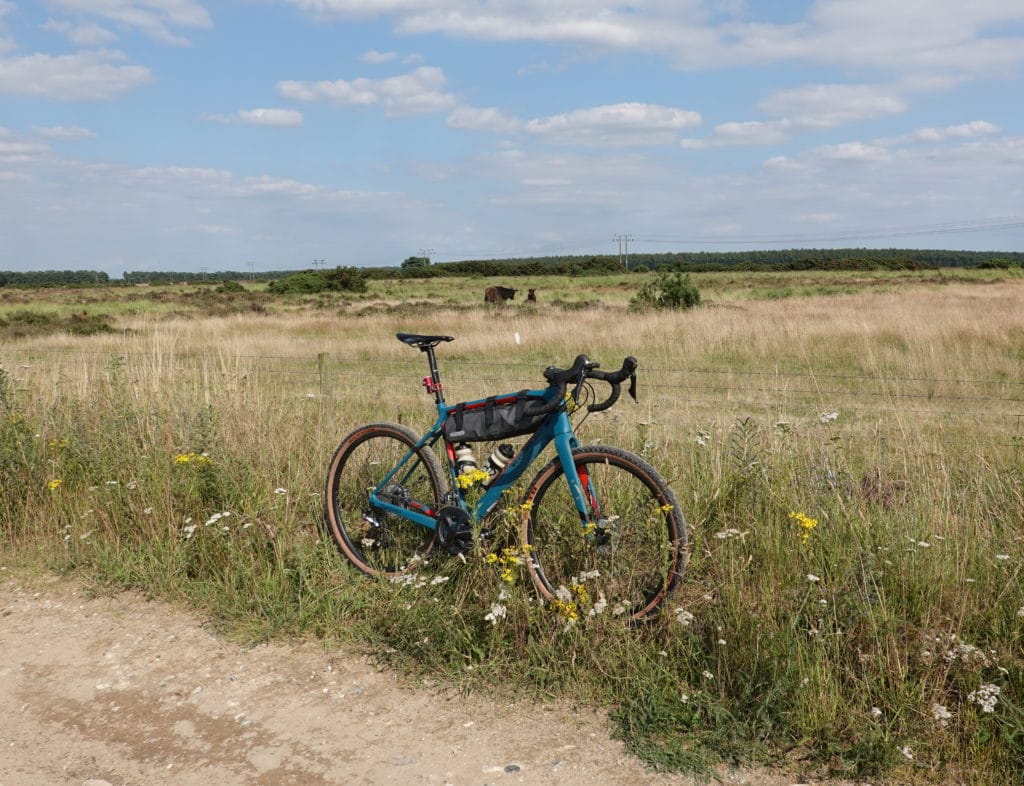 Blending in with its surroundings perfectly…

The tyre clearance on the Wilier Jena is impressive even with 650b x 2.1 mountain bike tyres. Lots of thought has clearly gone into the design rather than just shoe-horning a smaller wheelset in just to chase the trend setters.

Contrary to the adventure bike appearance, the Jena is an athletic example of the gravel bike breed. Quick, responsive and fun whether loaded it up for a weekend tour or stripped bare for a race.

The road gearing on our test bike did limit where we could take the Jena. But as Wilier have since introduced a revised range of groupsets more suited to the purpose of this bike, we won’t mark them down for that. Even hampered by the gears, it’s clear that it’s a very capable bike for those who enjoy faster paced adventures.

Where the Wilier does falter is with pricing. The entry level SRAM Rival 1x will set you back £2,900. Compare that to the Orbea Terra M30-D1X with Shimano’s GRX 600 and the scales of value look unevenly balanced. Though the Jena does offer more versatility with mounts galore on top of its race geometry.

There is no bike that can do everything, but Wilier may have got close to the unachievable with the Jena. 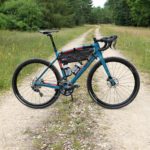