Introducing ‘Unhurried’, a new film celebrating the experience of bikepacking Scotland from coast to coast on the John Muir Way from bikepacker and filmmaker Markus Stitz.

In his latest film ‘Unhurried’ Edinburgh-based filmmaker and adventurer Markus Stitz documents his ride on the John Muir Way, one of Scotland’s Great Trails. The film reveals a unique coast to coast journey through Scotland’s varied landscapes, history and heritage, during which Markus reflects on one of the great advantages of travelling by bike: being able to slow down and connect more fully with your surroundings.

The John Muir Way links Helensburgh in the west with Dunbar, the birthplace of John Muir, in the east. Using a combination of the waymarked walking and cycling routes, Markus has produced a recommended bikepacking version. A GPX route file is available to download for free on the John Muir Way and Bikepacking Scotland websites. The route passes through Scotland’s first national park, Loch Lomond & The Trossachs, and provides a journey of contrasts and the chance to connect with nature, taking advantage of the green spaces that link coasts, villages, towns and the capital city, Edinburgh. 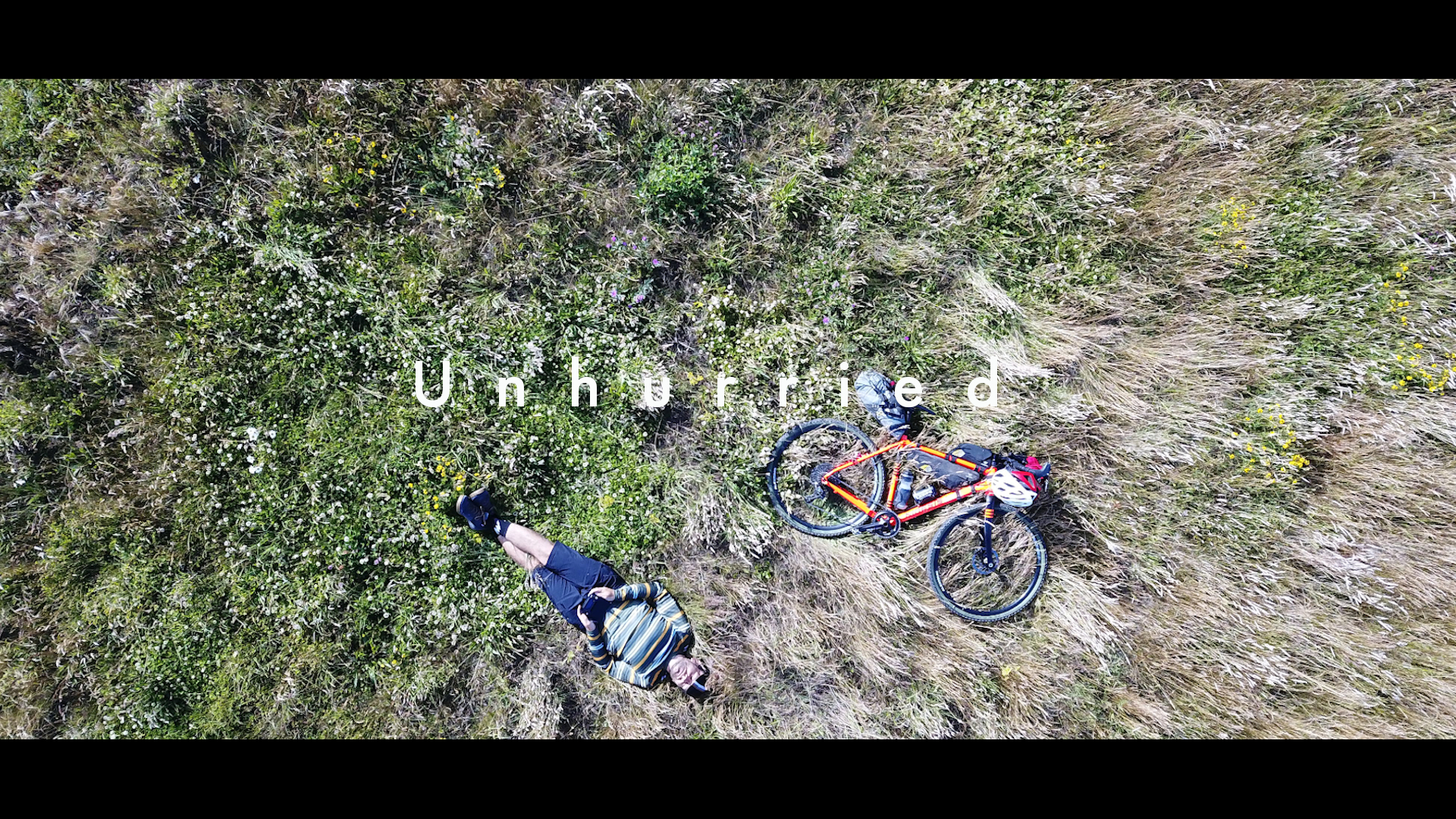 Since becoming the first person to circumnavigate the world on one gear in 2015/16, Markus has developed a number of long-distance cycling routes through Bikepacking Scotland, including the Wild About Argyll Trail and the Go East Lothian Trail, which both use sections of the John Muir Way. To promote his routes and bikepacking as an activity, Markus has gradually moved into filmmaking in recent years, and his latest film has been created in cooperation with the Green Action Trust, a charity focused on environmental and regeneration outcomes for Scotland, which manages the route. Markus comments:

“My introduction to bikepacking was by racing the iconic Highland Trail 550 in 2014. As in any race the clock never stops until you reach the finish line, so my early experiences were defined by pausing as little as possible. And while I still love the thrill of races, most recently I finished the Atlas Mountain Race in Morocco on a singlespeed bike, I also think that bikepacking offers a unique opportunity to slow down and reconnect with nature. And that’s exactly the sentiment I want to bring across with the new film… It is deliberately slow and pays attention to the finer details. When selecting the music, I was also inspired by the simplicity of Satie’s Gymnopédie, written during John Muir’s lifetime, and think the film is the perfect antidote to my early bikepacking experiences.

John Muir made the United States his home away from Scotland and founded the National Parks movement. I moved to Scotland 11 years ago from Germany and hope that through my work I can inspire others to use bikepacking and cycling as an alternative means of discovering the country. In my opinion the John Muir Way offers a great opportunity for first-time and experienced bikepackers alike, as it is a waymarked route well-connected to infrastructure, but still has a bit of wilderness left in it. The John Muir Way perfectly captures Scotland’s very different facets, from bustling urban centres with great architecture to the remoteness of Scotland’s first National Park. And while the contrasts are stark at times, for example when leaving the remoteness of the hills around Helensburgh and then travelling through a bustling place like Balloch, the whole journey reminded me that in the end everything is connected.”

Detailed route descriptions and pictures of the John Muir Way can be found at johmuirway.org and bikepackingscotland.com/johnmuirway.