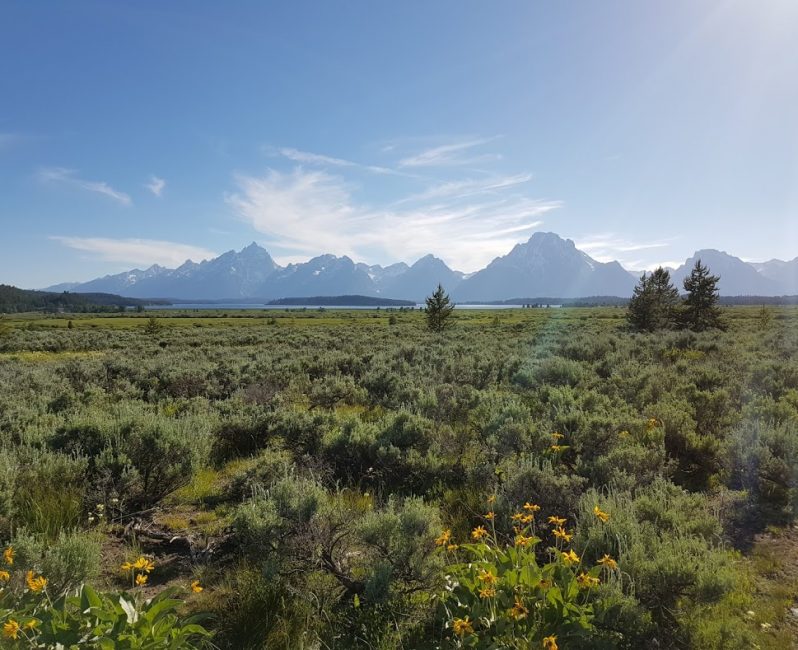 On Friday 14th June, around 3pm UK time, the 2019 edition of The Tour Divide kicks off from Banff in Canada. Following the Rocky Mountains for over 2,700 miles it eventually finishes in a dusty corner of New Mexico called Antelope Wells. Along the way riders will pass through everything from dense forests to barren deserts.

The good news is that once again you will be able to use Trackleaders to follow the progress of the racers as they make their way south. If you are anything like us, you will find dot-watching highly addictive! The Trackleaders race map and leaderboard can be found here.

Tour Divide is addictive for riders and ‘dot watchers’ alike. After completing the epic journey in 2012, the late Mike Hall summed it up fittingly; “Experience counts for a lot on the Tour Divide. You learn a lot the first time and it seems a waste not to go back and use that experience. It’s the type of route that gets under your skin and into your blood.”

A rider who definitively has the Divide in his blood. Josh is a veteran of multiple Tour Divides and was the previous record holder before Mike Hall smashed that time in 13 days, 22 hours and 51 minutes. Josh and his Salsa Fargo make for a fearsome combo and experience will certainly give Kato the advantage.

His first time on the Tour Divide, but absolutely no stranger to long distance cycling. 2015 Transcontinental Race winner Josh rocketed from Flanders to Istanbul on two wheels in under 10 days. When asked about his strategy for TD, Josh nonchalantly proclaimed “I’ll just see how it goes”.

Josh and his Mason InSearchOf have been putting in the miles together around the South Downs in preparation for their Big Trip. Read our recent interview with Josh here.

Long time friend of the ADVNTR crew, Alex has been putting in an epic number of hours in the saddle in preparation. By way of a ‘warmup’, Alex followed the 1,020 mile TransGermany route a few weeks ago and remarked that it was “a bit hilly” in places.

Alex will be riding his beloved steel Salsa El Mariachi hardtail mountain bike, set up with rigid carbon forks and some TT style tri-bars to give him plenty of hand positions during those long road slogs between the mountains.

As both and winner and holder of the women’s record, there’s no doubt Lael is serious with her aim to be the first female to win the Tour Divide overall. Fresh(!) from winning the women’s category at Dirty Kanza XL, Lael will be using the same Specialized Epic hardtail used at Kanza. Lael has modified her mountain bike with drop bars to create the Daddy of all Monster Cross bikes!

Renowned cycling author and creator of the sweariest ever Highland Trail attempt. Dave will line up in Banff on a  Salsa Cutthroat custom built for him by the experts of long distance expedition bikes, Keep Pedalling, of Manchester.

The literal high point of the route. Leaving the Colorado town of Del Norte you’ll climb over 4,000ft in 20 miles to reach the summit at nearly 12,000 ft!

Wyoming’s Great Basin is the route’s anomaly. Rather than draining into the Pacific or Atlantic, water here is swallowed up in the bone dry terrain. Leaving Atlantic City (pop. 70!) you’ve a hundred miles and searing heat to cover before you next reach civilisation! 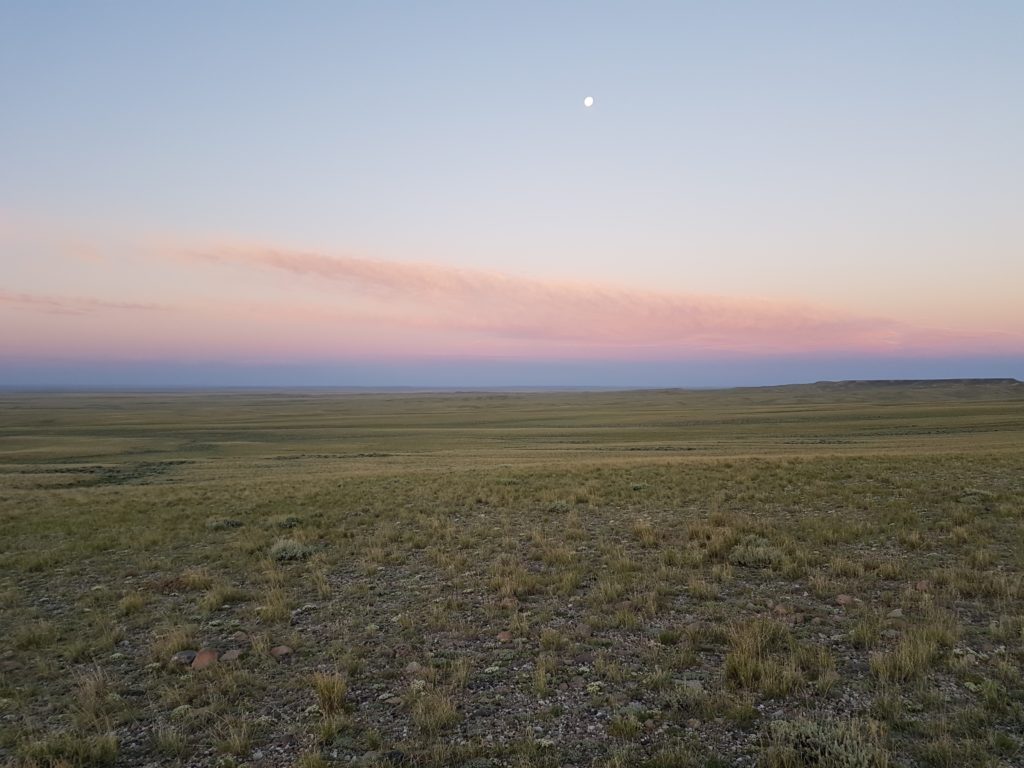 Kristen, the Lodge Owner, is an avid Tour Divide fan and greets all the racers like long lost friends. After a long day in the saddle sitting on the veranda and watching the humming birds against a Colorado sunset is bliss!

Miles and miles of deserted gravel

With nearly 90% of the Tour Divide route on unpaved tracks you’ll have as much gravel as you can handle, and more! 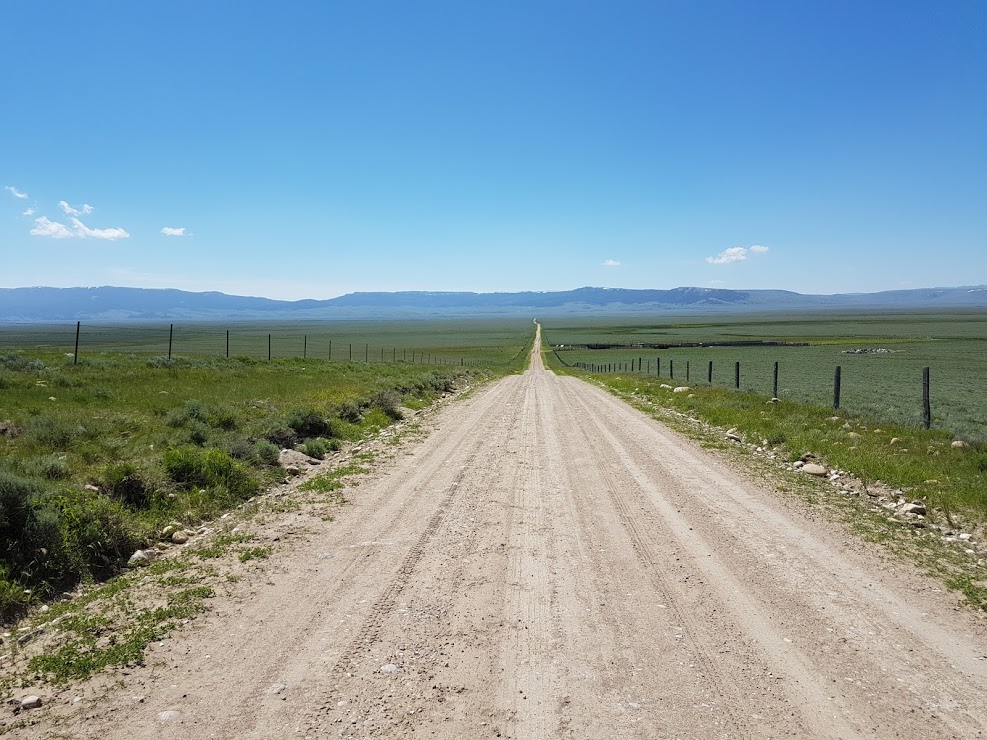 Take a look at our Tour Divide Route Page and see a typical kit list of what a ‘Divide rider might pack.

Looking for some winter rubber for mixed surface rides that blend tarmac and slop? whoa_malone's review of the panaracer_world GravelKing EXT Plus tyres is now up on the site, link in bio.⁠
⁠
#ADVNTR #gravel #bikepacking #gravelking #gravelkingext #wintertyre #graveltyre ...

We've got a copy of richpips' wonderful book to give away, 22,000 miles.⁠ 🎉
⁠
The marvellous combination of words, photographs and illustrations tells the story of Richard and his son Tom's riding exploits over nine years, and an incredible 22,000 miles.⁠
⁠
From touring on their tandem across France to getting into off-road, including six years of racing at the 24 hour Strathpuffer MTB race and two completions of the tough Highland Trail 550 bikepacking race, the book culminates with their most recent journey; the world renowned 2,745 mile Tour Divide.⁠
⁠
If you'd like to be in with a chance of winning this signed copy and delightful matching patch, simply comment below, tagging a pal that you'd like to ride 22,000 miles with!⁠
⁠
A single winner will be drawn at random on Friday 4th December.

Copies are available for sale at littlepeakpress (link in bio).⁠

It wouldn't be a proper challenge if it was easy. If you followed our IG stories last weekend, you'll have seen about Joel from wayfarercycles' unpaved #basketeveresting attempt.⁠
⁠
After four hours of pedalling in darkness through the early hours, the strut on his Wald basket gave way and put a halt to the challenge.⁠
⁠
We're still optimistic though, as Joel works on a more robust set up for attempt number two.⁠
⁠
After all, great successes don't always come on the first try: like emilyofchappell and jamesmarkhayden's thetranscontinental race victories, Michael Jordan was axed from his school basketball team before going on to become a legend of his sport, and Walt Disney was fired from his role at the Kansas City Star because his editor said he 'lacked imagination and had no good ideas'...⁠
⁠
We're looking forward to #basketeveresting 2.0.⁠ ...

33 mounts you say? The riverside_decathlon 920 touring bike is launching this weekend at an incredible £1,399/ €1,499, but we got our mitts on this prototype model to see what all the fuss was about. ⁠
⁠
Check out the details of this nifty build on ADVNTR (link in bio).⁠
⁠
#ADVNTR #gravel #bikepacking #touring #riversidetouring #riverside920 #riversidebikes ...

Stoked to launch our online ADVNTR shop with these gorgeous caps, designed by the wonderful studiofolk and made by bellocyclist! ⁠
⁠
Head to the link in bio to check out these plus a couple of other ace collabs 👀⁠
⁠
#ADVNTR #gravel #bikepacking #cyclingcap #capsnothats
📷 jamesstockhausen ...

The latest addition to rapha_uk's Explore range for gravel, MTB and bikepacking; the long sleeve pullover.

First of those crispy, cold mornings in the UK this week, and ADVNTR contributor Tangwyn (lovecrossedCX) has certainly been making the most of it.⁠
⁠
Layering up might be a bit more of a puzzle at this time of the year, but with scenes like this in the Cotswolds to discover, there's almost never been a better time to get out there.⁠
⁠
#ADVNTR #gravel #bikepacking #exploremore #grv365 #lightbro ...

Fully loaded and ready to roll; for the day at least. We've had to change the way we test bikepacking gear here at ADVNTR in light of covid restrictions, in this case test riding the prototype riverside_decathlon on day rides only (no overnight stays allowed) but fully packed up.

We've been getting a lot of messages about our neat little ADVNTR insulated flasks, so we've ordered some more which will be ready in our online shop soon. Gotta love that mid ride warmth in the middle of nowhere!
#daypacking #coffeeoutside ...

#basketeveresting, what the heck? We chatted to Joel of wayfarercycles to find out the logic behind his upcoming movember challenge, tactics and inspiration for this pretty guelling task ahead...⁠
⁠
Check it out on ADVNTR now (link in bio).⁠
⁠
#ADVNTR #gravel #bikepacking #everesting #Hells500 #movember #26aintdead ...

Candid, curious and cheeky; check out getwildmatty and thetouringartist's new film Lost Captures now.⁠
⁠
Kicking off their world tour by bike, Yorkshire based couple Matty Waudby and Clare Nattress headed to Norway for their first MTB tour together. Besides the obvious adventure that lay in store, there was more to this trip than simply discovering a new country, new culture, of mountains, fjords and waterfalls and round-the-clock daylight.⁠
⁠
With a collection of old film photographs taken by his Grandfather, Bob, on a cycle tour through Scandinavia in the 1950’s, Matty’s sights were soon set of finding the locations of these photos, following in the pedal strokes of one of his ancestors nearly 70 years before.⁠
⁠
Watch the film produced with help from bombtrackbicycleco and Matty and Clare's photos on ADVNTR now (link in bio).⁠
⁠
#ADVNTR #gravel #bikepacking #lostcaptures #bombtrack ...

A new, gravel-specific saddle? Yeah, we were sceptical too.⁠
⁠
Turns out the design behind fizik's short-nosed Terra Argo X3 really does deserve the name though, with some sweet features that dirt riders will really appreciate. ⁠
⁠
Check out katherinebikes' review on the new saddle on ADVNTR now (link in bio).⁠
⁠
#ADVNTR #gravel #bikepacking #fizik ...

The name may be different but the concept's the same. We chatted to Dutch photographer and gravel riding king erwinsikkens_com about daypacking; what it is, what you'll need to take with you and some of his favourite gravel routes in the Veluwe, the Netherlands. ⁠
⁠
Check out the video interview at ADVNTR⁠ (link in bio).
⁠
#ADVNTR #gravel #bikepacking #daypacking #snackpacking #wintermiles #exploremore #veluwe #coffeeoutside ...

Check out the new birdwatching by bike guide written by ADVNTR contributor bikesandbirdhides. Where to head, what to bring and what to look out for, we hope this inspires you as much as it has us to try something a bit different on your next ride.