The Tipping Point – a ‘thank you’ letter to winter

To celebrate the launch of the short film The Tipping Point, we spoke to Co-Directors Jamie Edwards and Dom John about the motivation behind this incredibly poetic and relatable piece, how getting outside in all weathers has been instrumental in helping them get through a long winter in lockdown, and the challenges that such a creative project faces.

As cyclists, we noticed a clear shift. Any traces of autumn take a bow and we’re left with winter in its purest form. The woods turn to deep, dark, earthy shades and seem devoid of life. Temperatures and traction drop hand-in-hand and rides seem to be first and foremost about escaping the house with anything beyond that considered a bonus. Autumn is long gone, spring is nowhere to be seen.

It’s in that deepest and darkest chapter of the winter that we really found a certain special something. Numb fingers, wet arses, frozen toes but plenty of rewards alongside, albeit hard earned ones.

And so, we created The Tipping Point as a little tribute to everything we as cyclists have experience in the winter and to welcome in the Spring. 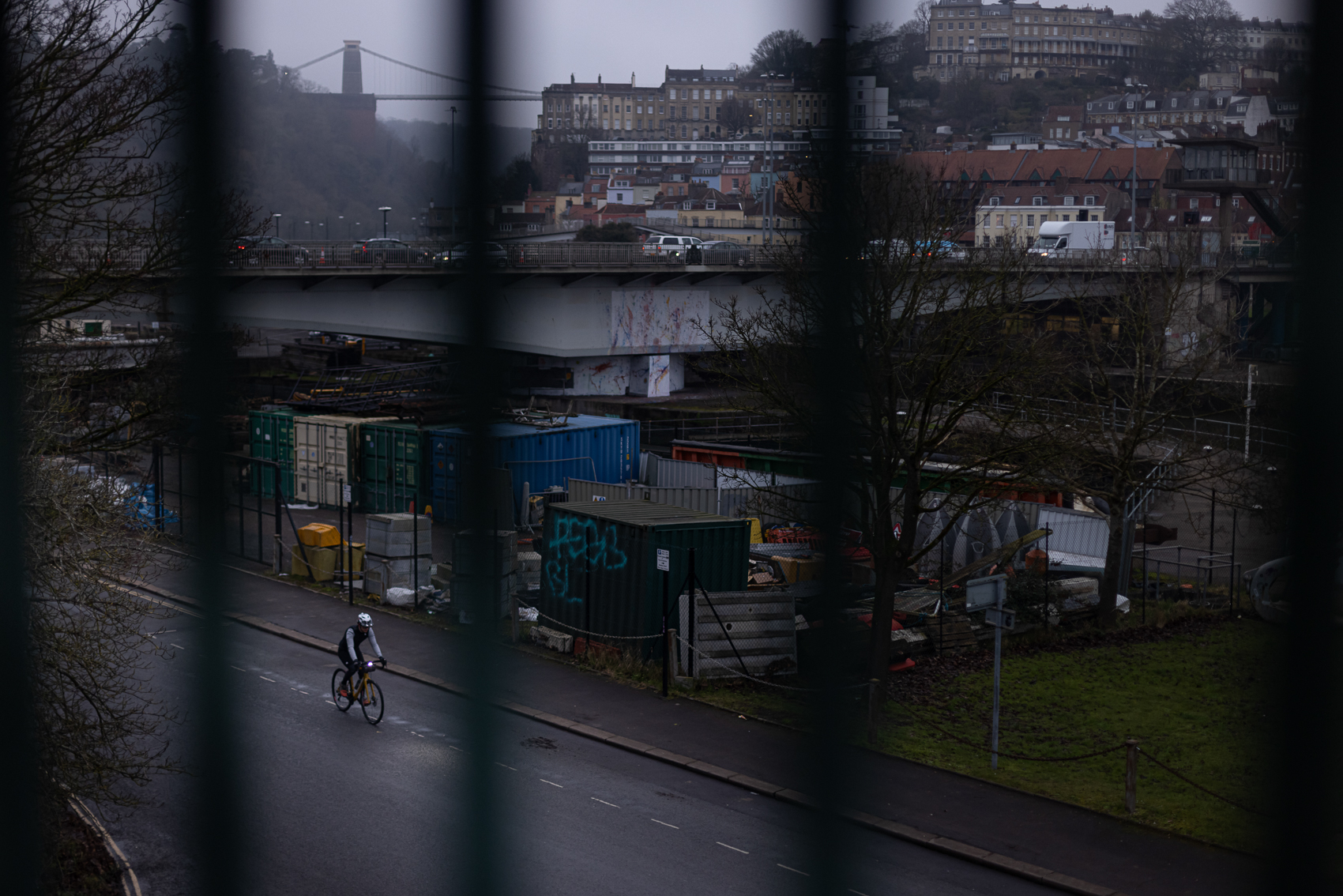 Central Bristol icons feature early on this escape from the city

First up, well done for making it through this year! It’s been turbulent for the creative industry, right? But this kind of passion project isn’t something new to you either… Why do you team up and shoot these short films?

Thanks! It’s certainly been a difficult year for creative projects. Lockdowns and travel restrictions definitely added some challenges both in terms of getting work off the ground and actually making projects happen.

The passion projects are simply because we love creating them. It’s really satisfying working on projects and paid-for work doesn’t always allow you the flexibility to do exactly what you want, use certain equipment or include certain people. These passion projects let us tell stories in exactly the way we’re feeling inspired to and bring together a group of people that rarely get to work together in the same place at the same time. 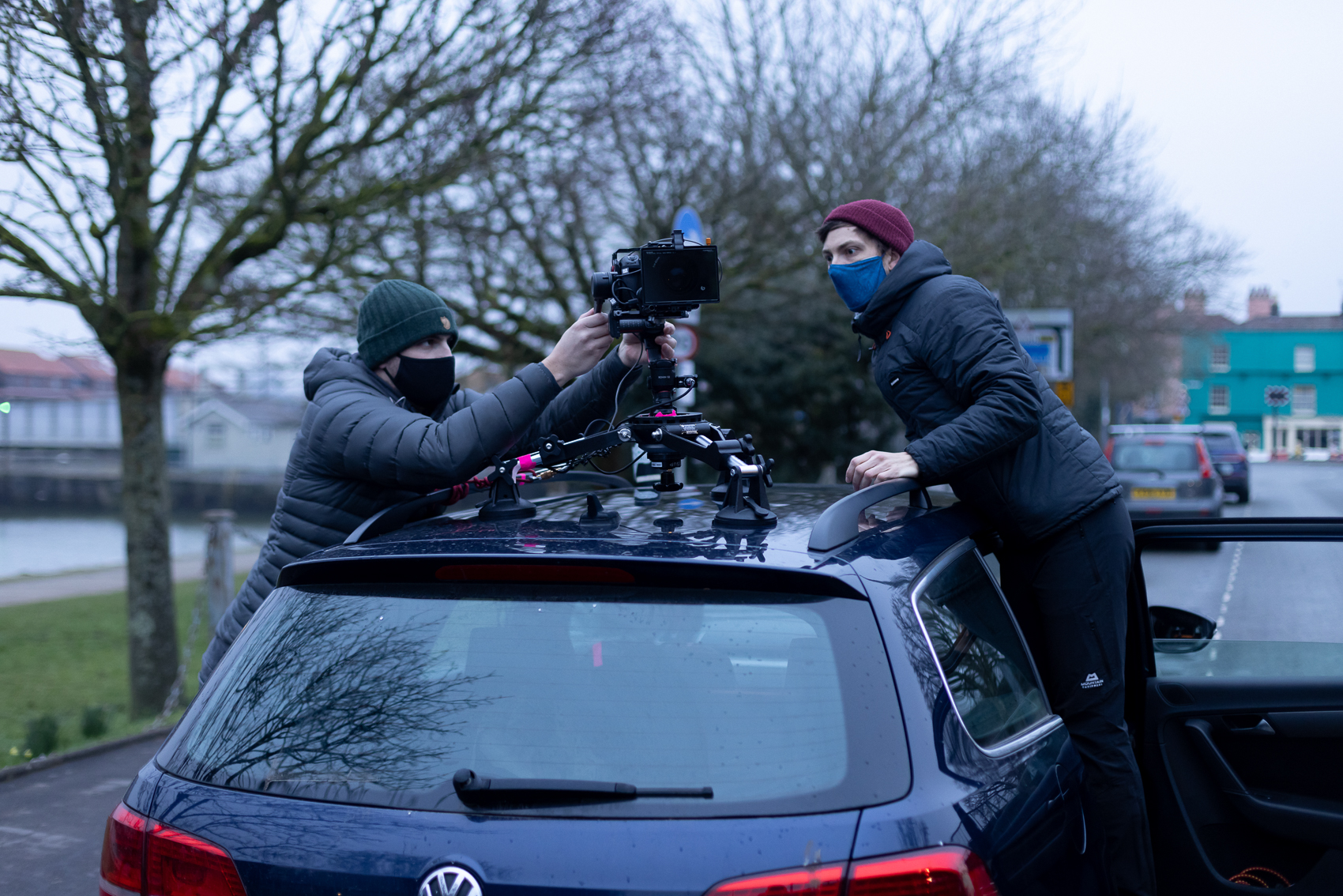 Short film projects like these allow Jamie, Dom and friends to work together in a different way

Both Dom and I ride together a lot and we’ll often meet someone, ride something or experience a thing that we’re inspired by and want to share. The Clandestine film was exactly that, we were super inspired by Pi’s approach to his craft and to the cycle industry and it felt like a good story to tell.

We started work on The Tipping Point at the start of 2021 when we were riding a lot of particularly cold and wintry conditions and looking forward to spring. We were feeling really inspired to make something that was more of a mood piece and conveyed the feeling of riding at the time of year. 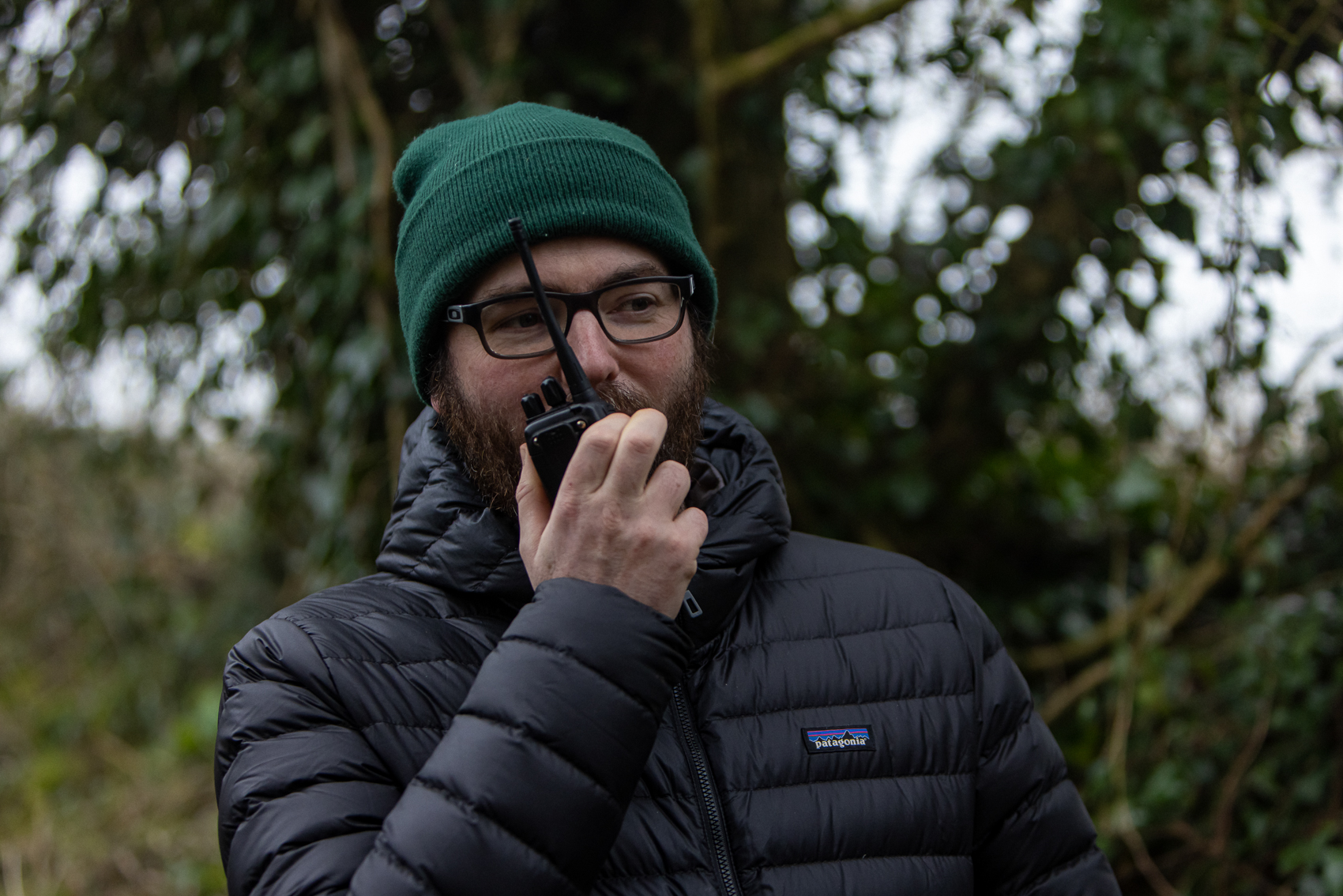 Jamie keeping the crew in check, no doubt

As lifelong mountain bikers that have recently turned to gravel riding over the last couple of years, how much of The Tipping Point was inspired by your own experiences?

The Tipping Point was, as you can probably tell, inspired by a long, dark, wet winter. I noticed a point in the winter where conditions had shifted to become really, properly wintry. There’s no sunny days or dry conditions to be found and more often than not you’ll return home soaked and freezing.

Despite being super tough, I found something really rewarding about this time of the year and found the satisfaction of breaking out of the house and keeping riding to be huge. Dom and I both really felt that those rides kept our brains and bodies ticking through a long winter and through another UK lockdown. 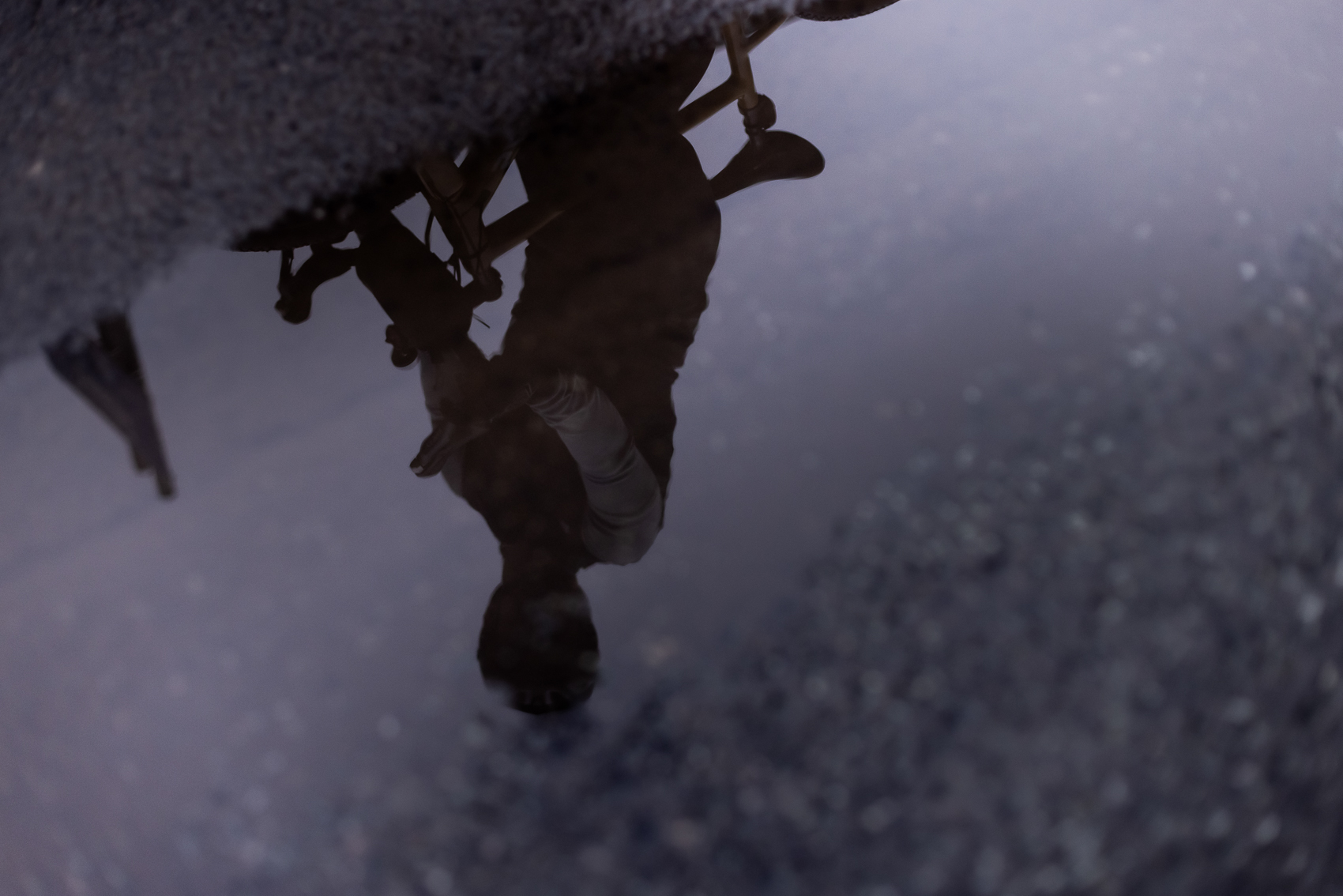 An ode to winter, the short film also looks forward to celebrating those first sweet days of spring

All that said, the film isn’t just about winter. We wanted to give a little nod to that point when you see the Spring appearing and rides begin to get a little easier. We tried to give a little sigh of relief at the end as we noticed snowdrops and daffodils appear, the clocks change and the rides suddenly becomes a bit more about actual ‘good times’ than just breaking out of the house and hunting for some morsels of enjoyment!

Does a cold, dark winter shoot like this must come with its own challenges?

Definitely! You obviously have less daylight to work with so timing is key, especially when you’re shooting sunrise shots. We started both shoot days at 4am and shot in the dark through to sunrise.

The cold also adds some challenges for people and equipment, batteries drain faster and cold cameras can be a more temperamental. To be honest though, it’s nowhere near as challenging as riding a bike in the dark, off-road and soaking wet so it’s not so bad. 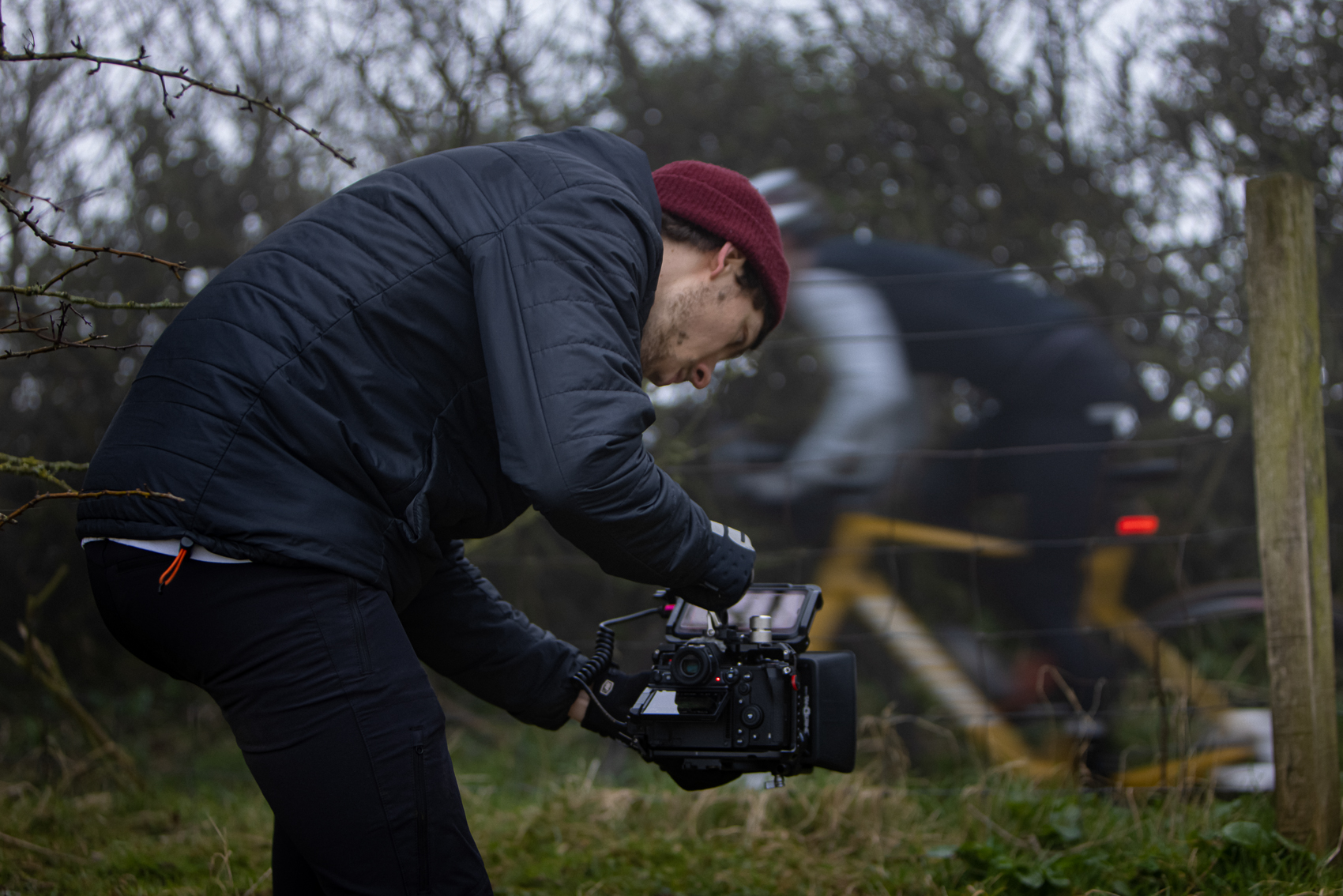 Daylight, batteries and the cold are just a few things that the team needed to contend with on a winter shoot like this

One near disaster was during our sunrise shoot when we turned up and the battery for the bike light was, for some reason, not working. With no light we couldn’t shoot a bike riding through a city and there was a tense moment when everyone wondered whether they’d met up in Bristol city centre at 4am for nothing! It was too early to call in a favour and too late to go home and fix it. Fortunately out of blind luck, one of the crew had cycled to the shoot and his own bike just happened to have a matching battery which saved the day. Thanks for that Olly!

Fergus is a brilliant rider. For those of us that aren’t familiar with him, can you tell us a bit more about your front man?

Absolutely, Fergus was a star. People perhaps don’t realise how tough it is riding in a video. He had to ride take-after-take for two days straight with some really early starts and lots of “can you just do that again?” requests. On the first day we had him riding one of Bristol’s toughest climbs at 5am, in the dark, with no warm up.

We wanted to make a genuine drop bar film that didn’t look too much like ‘a mountain biker goes gravel riding’ so we needed someone that was an excellent rider and could look strong on the bike. Fergus is an up-and-coming mountain bike racer and is super talented on a bike of any kind. He’s ridden plenty of mountain bikes and a reasonable bit of gravel, so was perfect for it. You can follow him on social if you’d like to see more of him. With any luck he’ll be racing the Enduro World Series this year. 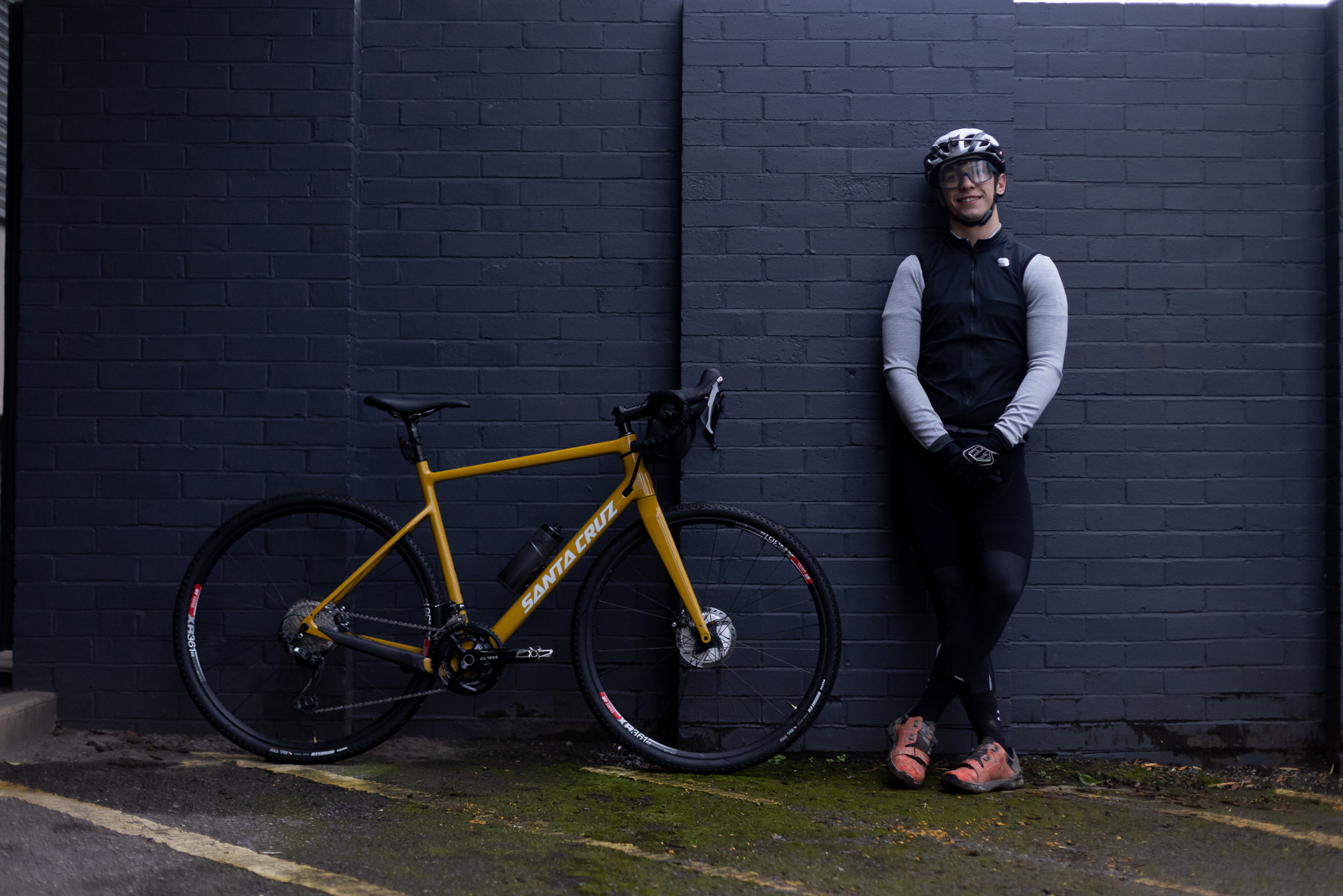 Some of these trails look pretty darn techy! Is that what you enjoy, and where can we find them?

I don’t really think I knew what ‘gravel’ was meant to be when I got a drop bar bike. We started exploring locally and ended up stitching together fun off-road sections that got us out into the hills and away from the traffic. That seemed to naturally lead us down old river-beds, rocky bridleways and single track and it become really fun challenging ourselves to find stuff that’s fun and technical but still suitable for 40mm tyres and drop bars. 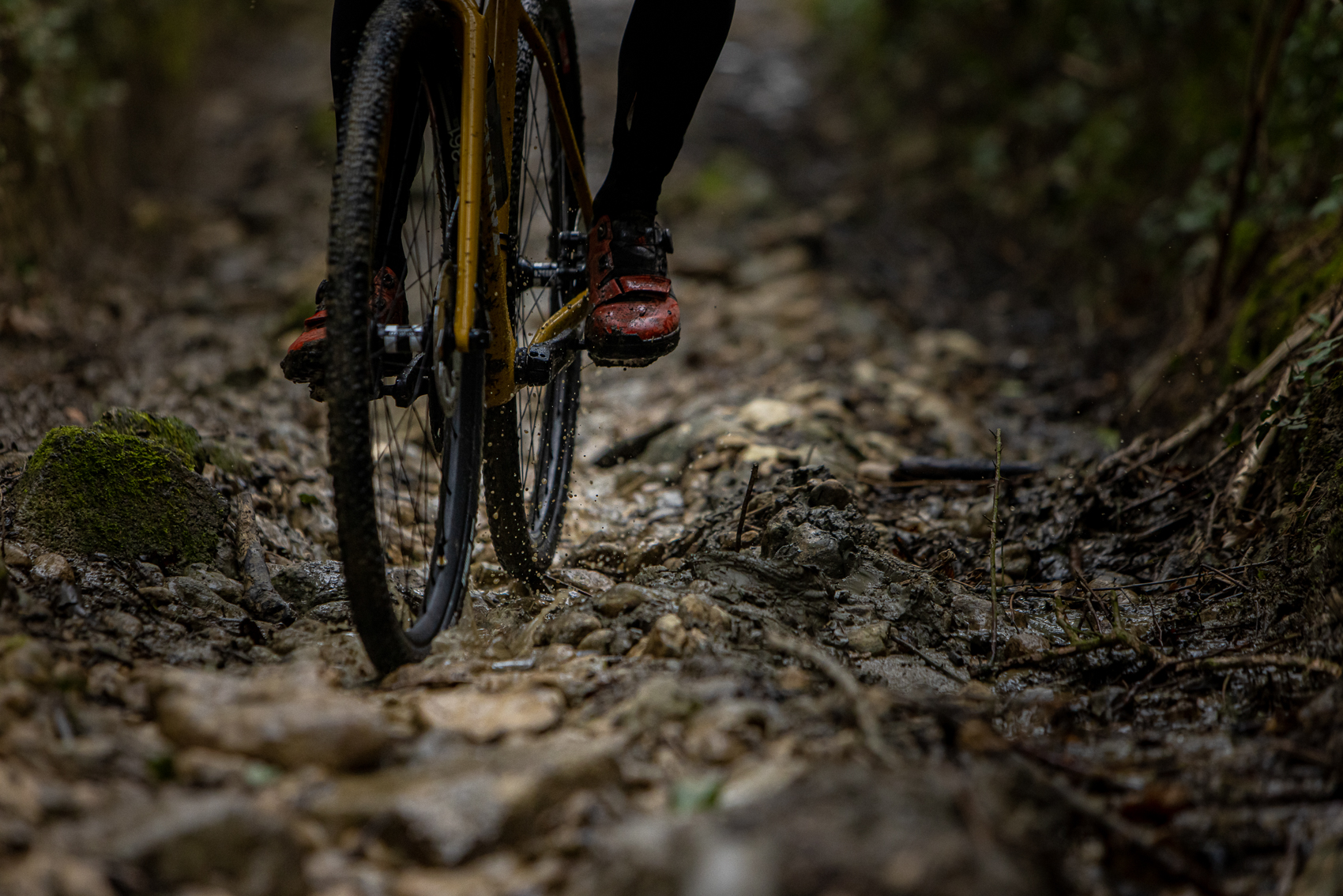 There’s a joke that gravel is ‘just old school mountain biking’ and I think that’s probably true for some people. It’s a great way of going on a bit of an adventure without needing particularly challenging terrain, loads of time or to travel far from home or jump in a car.

The video was mainly filmed around Bristol, UK using rides we’d found on komoot and really enjoyed. Check out these two routes for the segments that feature:

The Tipping Point was created as a passion project using the shared talents of a group of cyclists and creatives from Bristol, UK. 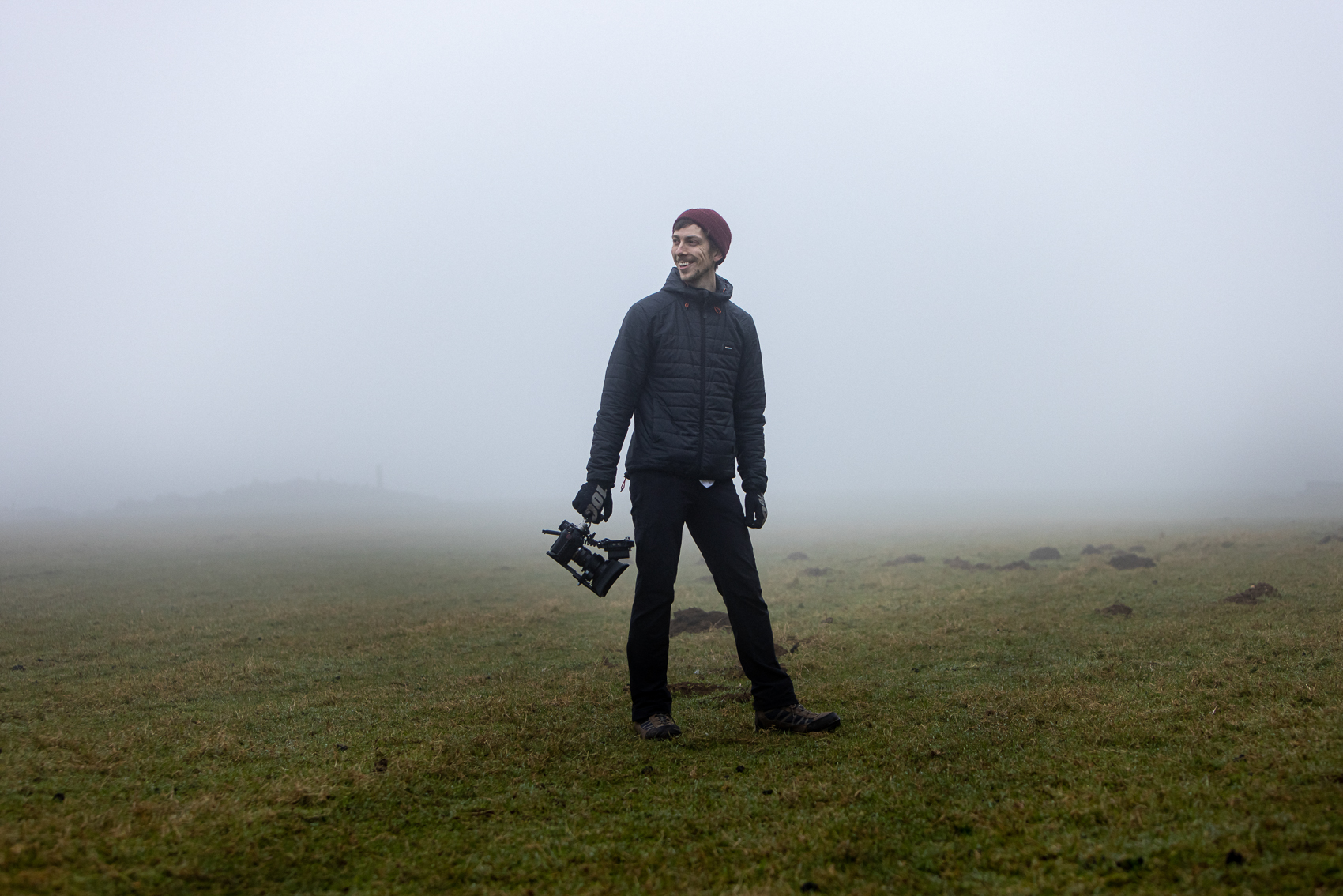 Dom John: a man outstanding in his field

Awesome article guys, really happy to have been involved, gravel riding is a relatively new experience for me (compared to MTB) so it was super refreshing to push the limits and ride these awesome trails.