The Creepy Fatigue – a video by Santa Cruz

Joe Parkin raced MTB in its 90’s heyday and became a hero for the fat tyre generation. But his real passion was always with the European Classics. When the call came from Santa Cruz to ride the Belgian Bergs with two of their team heroes, Joe’s response couldn’t be repeated…

Creepy Fatigue, in the words of Joe Parkin

Back in November of 2019, pre-pandemic days, before we all started dressing up like bank robbers and washing our hands like we were prepping for surgery, an Instagram message popped up from Mark Scott.

“Me, Krunk Shox [Alex McGuinnis] and Santa Cruz are planning a little road bike trip to Belgium in January. We thought it’s something that you’d be interested in being part of.” 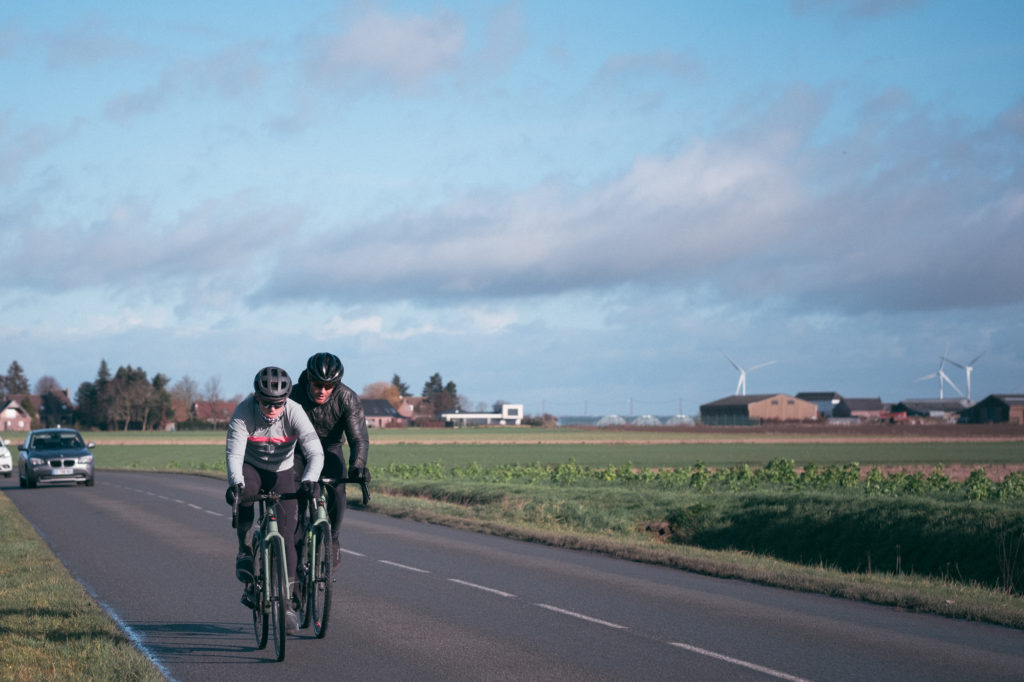 What we need is an expert

Back in the ‘80s, before Mark, Krunk and Santa Cruz bikes were even born, a 19-year-old me went to Belgium to become a bike racer.

Back then, if you were an aspiring North American racer of any note, you went to Europe to hone your craft. You could race bikes in places other than Europe, but it was most definitely the world center of cycling.

I saved up some money, bought an open-ended plane ticket and headed to Belgium. I learned at the school of hard knocks, as they say — and earned an advanced degree in bike racing.

At a certain point I came back to The States. I then switched my focus from skinny tires to the relatively fatter tires of ‘90s mountain bike racing.

After a few years of that I was deemed too slow to earn a paycheck as a racer anymore. So started writing about bikes and bike parts and bike racers. And I wrote a book about my time in Belgium. Which kind of accidentally made me an expert on the place. 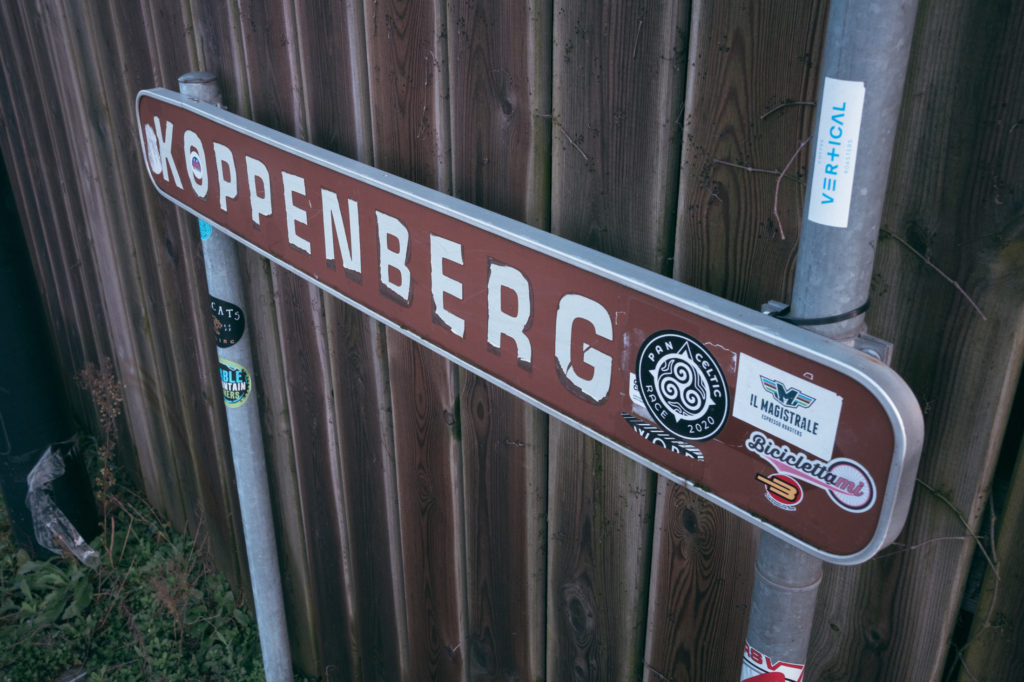 So, in January of this year, before Corona had become the thing that shut down the world, we all landed in Brussels for a week of pedaling the cobblestones of Flanders, Belgium, and Northern France.

Anyone who has ever spent any time in this region of the world would immediately begin to question the sanity of leaving California, in Krunk’s case, or Colorado, in my case, to ride in Belgium’s winter rain. Mark, of course, is from Scotland. So for him, it was almost a summer holiday — no one thought he was out of his mind.

We rented an old farmhouse at the foot of the infamous Koppenberg climb. A narrow, steep, cobblestone beauty that’s been ridden by more cycling superstars than anyone could ever count. 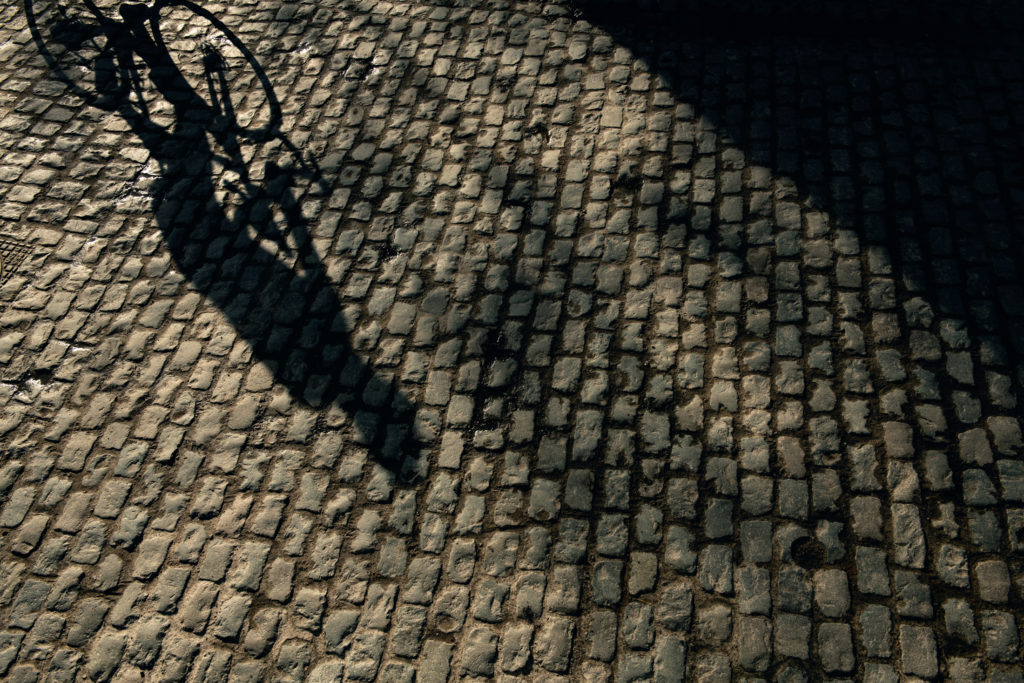 Mark was armed with GPS and a fair amount of internet research. Krunk brought his effervescent attitude. And I was confident that years and countless kilometers crisscrossing every single road in these parts was still imprinted enough in my brain to make for some good rides.

For an old used-to-be like myself, it was a pure joy to share some of the history of this place with these guys. To me these roads are sacred ground — the wide-open stadium of road racing. The names have changed over the years, the equipment has improved massively, the global coverage of the sport has made it accessible to anyone with any interest in it whatsoever. But the roads have remained essentially unchanged since the years of Eddy Merckx and Freddy Maertens and Roger DeVlaeminck and Tom Boonen and…

Flanders has a special feel to it — especially when viewed from a bicycle. The smell of agriculture and cool damp air. The wind that can penetrate skin and bones. The loss of perfect visual focus when you hit sections of cobblestones that have survived rain and wind and cold and bikes and tractors and world wars. The knowledge that the exact cobblestones you’re riding at this very moment were also ridden by legends of the sport. 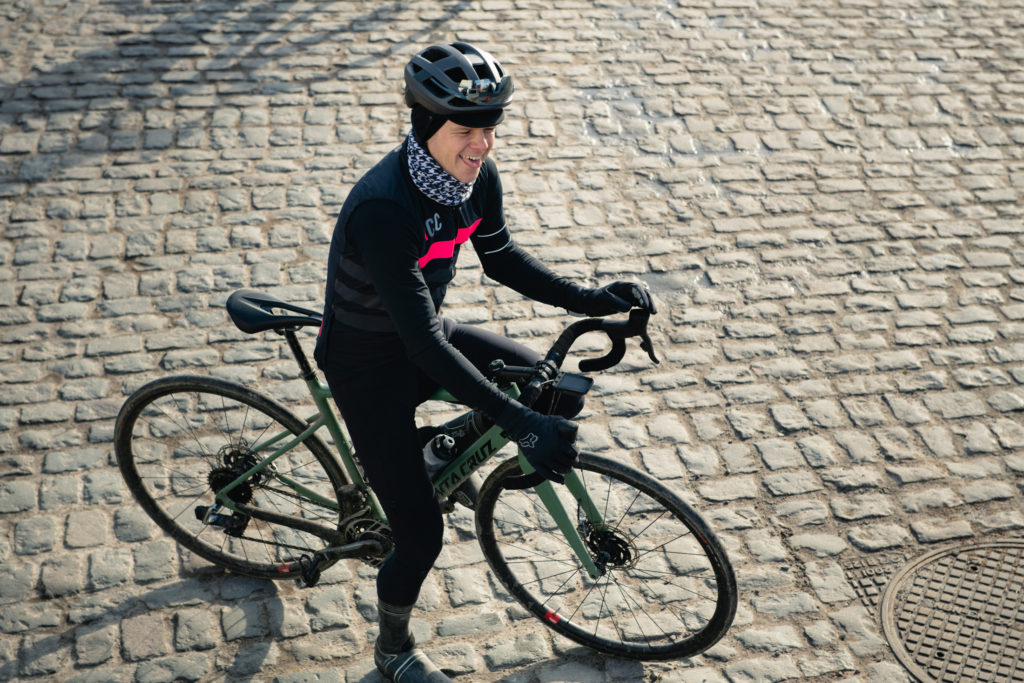 These really aren’t just roads, at the end of the day — they’re strange time capsules of bike racing. You imagine that your brand-new, state-of-the-art Santa Cruz Stigmata could just as easily be an old steel beast from a long-ago era, and that your advanced-fabric clothing could be wool.

We got purposely lost at times and followed Mark’s moving map for others. We rode micro routes of the Ronde van Vlaanderen and the Omloop Het Nieuwsblad. The Dwars door Vlaanderen and about a dozen other brutal classic single-day bike races. We rode pavé sectors of the legendary Paris-Roubaix course and imagined — or in my case remembered — what it was like to blast across these ancient roads in race conditions.

And we finished each day cold and fatigued. Full of new stories and ready to make more tomorrow. Riding the old cobblestones is a magical experience. You should see it for yourself.

Our first play with Shimano Deore 12 speed. Check our the marinbikes DSX 2 review for some gear inches nerdery to see just how this compares to GRX gearing. Like us, you might just be surprised...

A super versatile waterproof, windproof and breathable jacket from showerspass with some handy extra features for on the bike... check out tay.velo's review of the top-end Refuge Jacket at ADVNTR now.⁠
⁠
#ADVNTR #gravel #bikepacking #mtb #showerspass #waterproofjacket ...

Imagine riding through sunny Seville and then up the length of Spain to escape the worst of the winter weather. That's exactly what Ceri from threads_of_adventure did in 2019. ⁠
⁠
While we can't travel right now, we've been reflecting on some ace trips from the last few years. Get in touch if you'd like to submit a story of your own!⁠
⁠
For the full low-down on Ceri's trip and route, link in bio.⁠
⁠
#ADVNTR #gravel #bikepacking #bikepackingspain ...

Our pals at restrap launched their online route catalogue 👀⁠
⁠
Head over to ADVNTR to read all about it, and how you can get your mitts on a rad patch for contributing! ⁠
⁠
#ADVNTR #gravel #bikepacking #mtb #restrap⁠
📷 restrap ...


Error: API requests are being delayed. New posts will not be retrieved for at least 5 minutes.