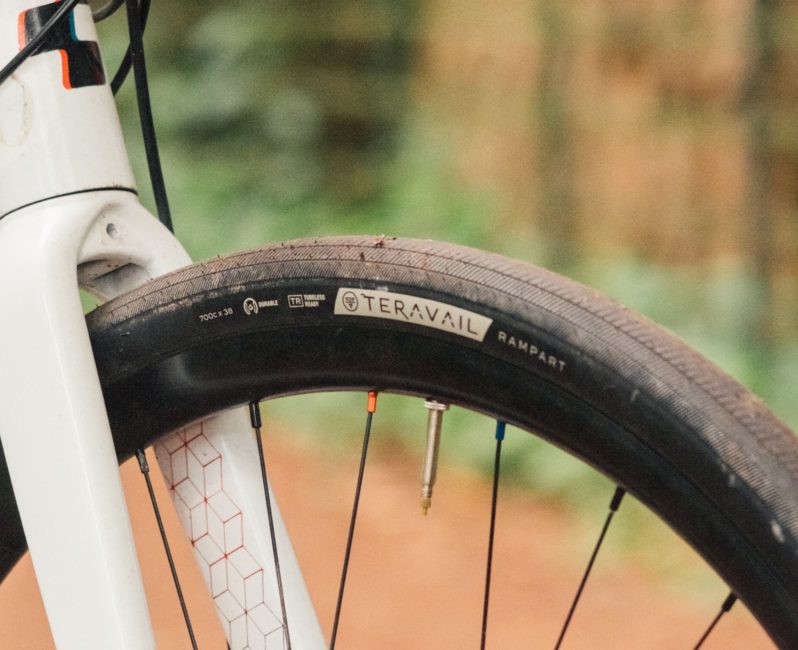 Billed as a tyre for ‘those who wish to conquer any road’ the Rampart from Teravail set expectations high on the marketing front, especially with additional sprinkles alluding to performance off the black stuff and into familiar gravelly territory. To my mind these aren’t a gravel tyre, at least not British gravel, but they are perhaps the most fun set of rubber I’ve had the pleasure of testing, and more capable than they appear off-road.

Once you get past the packaging, you discover a tyre with a slick centre and three tiers of grooves on the shoulders, each with double the grooves of its neighbour in a rather pleasant fractal pattern much like the crenellations atop the ramparts of a castle, which presumably is where the name came from. The rubber is tacky to the touch, but not excessively so, and as these are the Durable sidewall option (60tpi) they don’t flop around like half cooked tagliatelle while you’re trying to mount them either. 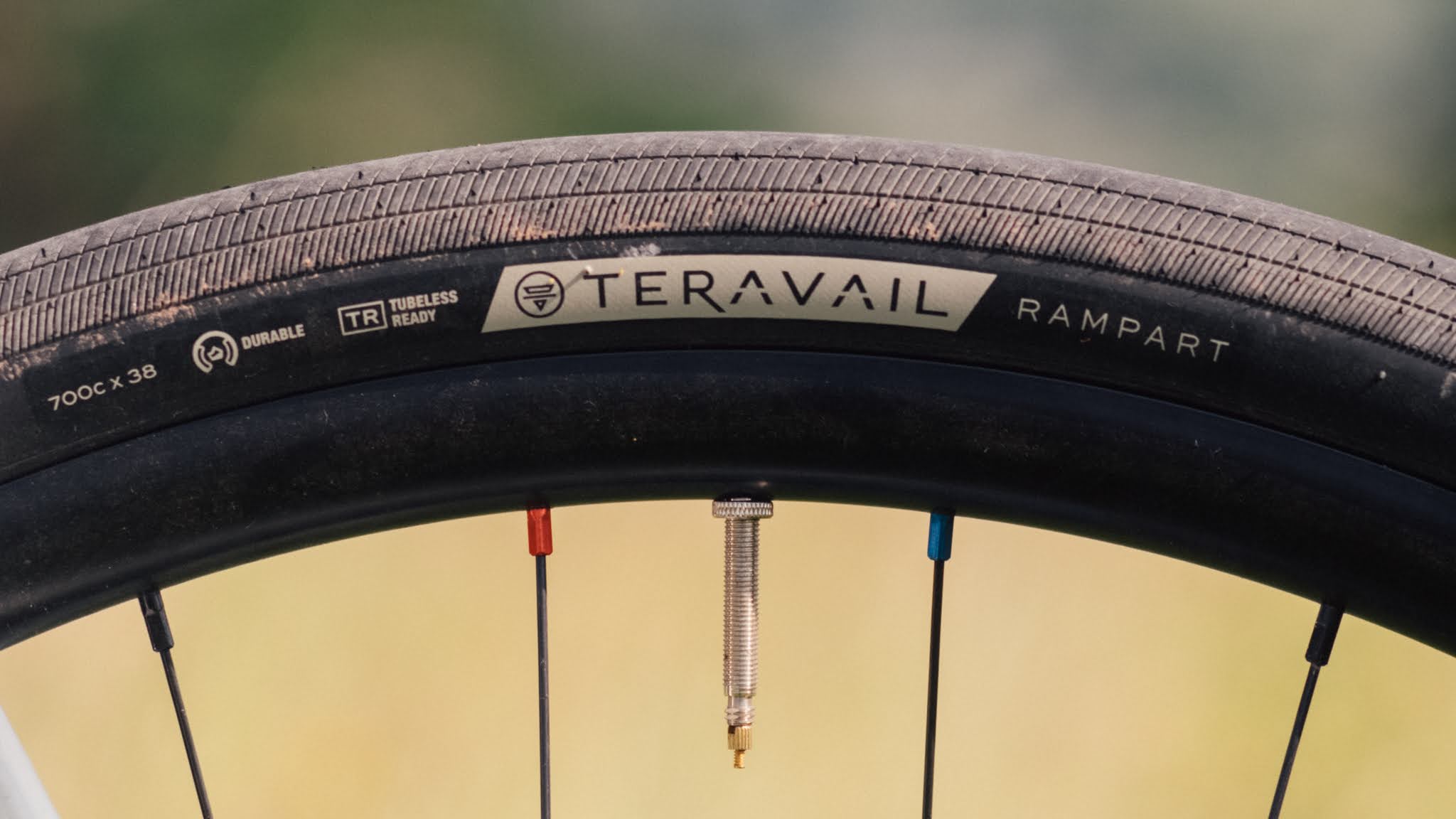 The side tread resembles castle ramparts

Unlike some tubeless tyres, the Ramparts went on with minor fuss and no snapped levers in the process (no such issues since getting some beefier ones from Pedros, I’m pleased to report). They seated immediately and held their air like a freediver knowing the surface isn’t going to appear for a while yet. They also plumped up to a cushy but not alarming 39.3mm on my 24mm internals, so no real concerns about clearance, particularly given their slick nature is unlikely to gather mud and clog your frame up. 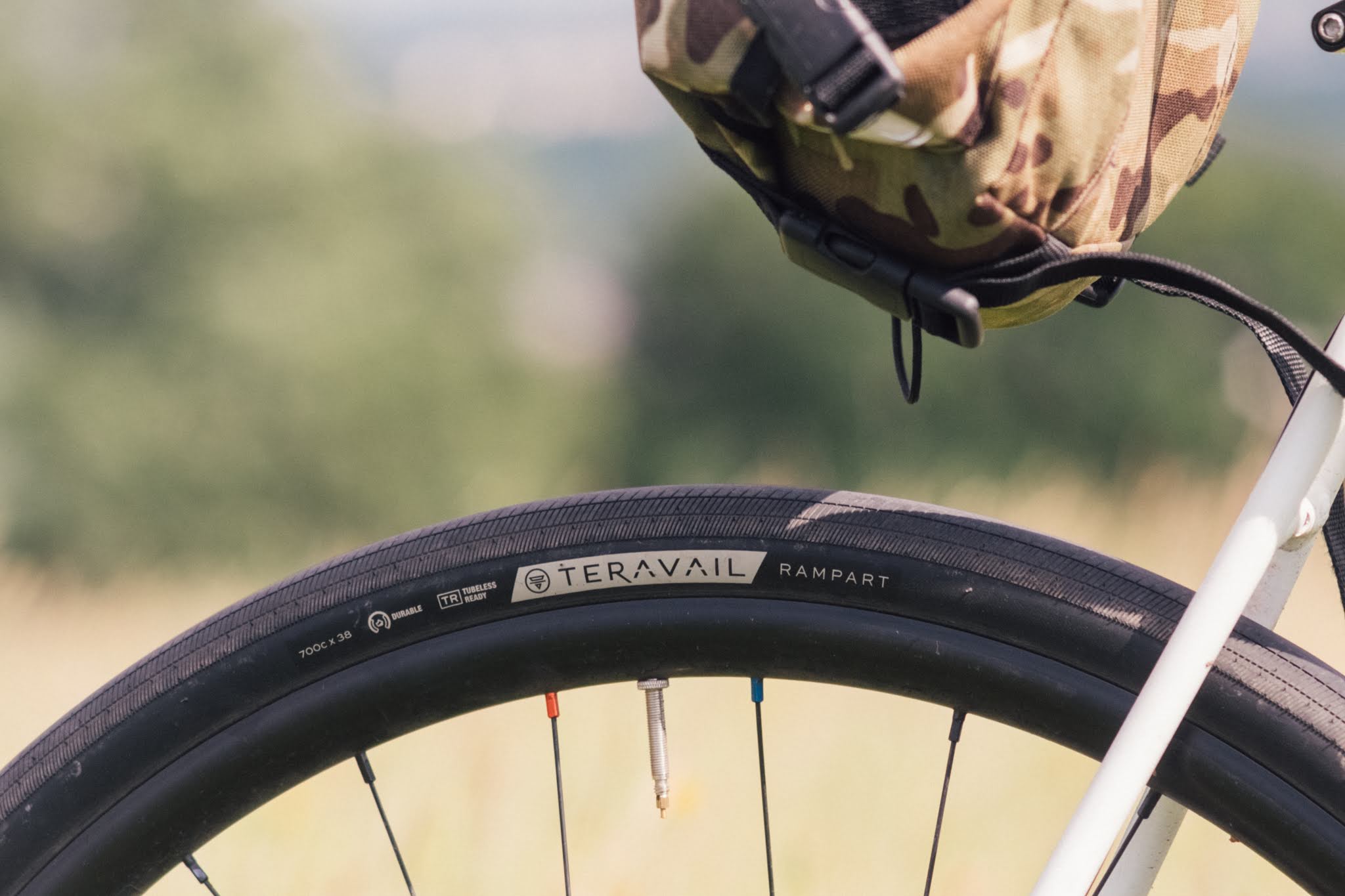 Set up was no issue at all

Out on the road they absolutely sing. At 552.6g they’re no superlight ribbons and they do take a bit of effort to spin up, but once you’re rolling they are fast and smooth and hold their speed excellently. On a good stretch of tarmac you could quite happily serve tea in your mum’s best china on your handlebars and not worry, but where they really excel is on the broken, potholed, moss covered, decrepit tarmac that the UK is blessed with in such abundance. As a tyre for urban backstreets, alleyways and unclassified roads I’d go so far as to say they are faultless. You can really lean them over hard, and do silly things like try and hit the cobbled apexes of corners without fear.

On a road bike, thanks to a horrible crash, I descend about as fast as I climb. On these, fitted to a cross bike, I had a noticeable increase in both speed and confidence. Puncture protection was also excellent, thanks to an extra mm of tread over Teravail’s standard. This should have the added bonus of increasing longevity, which makes these a little easier to justify from a financial standpoint. 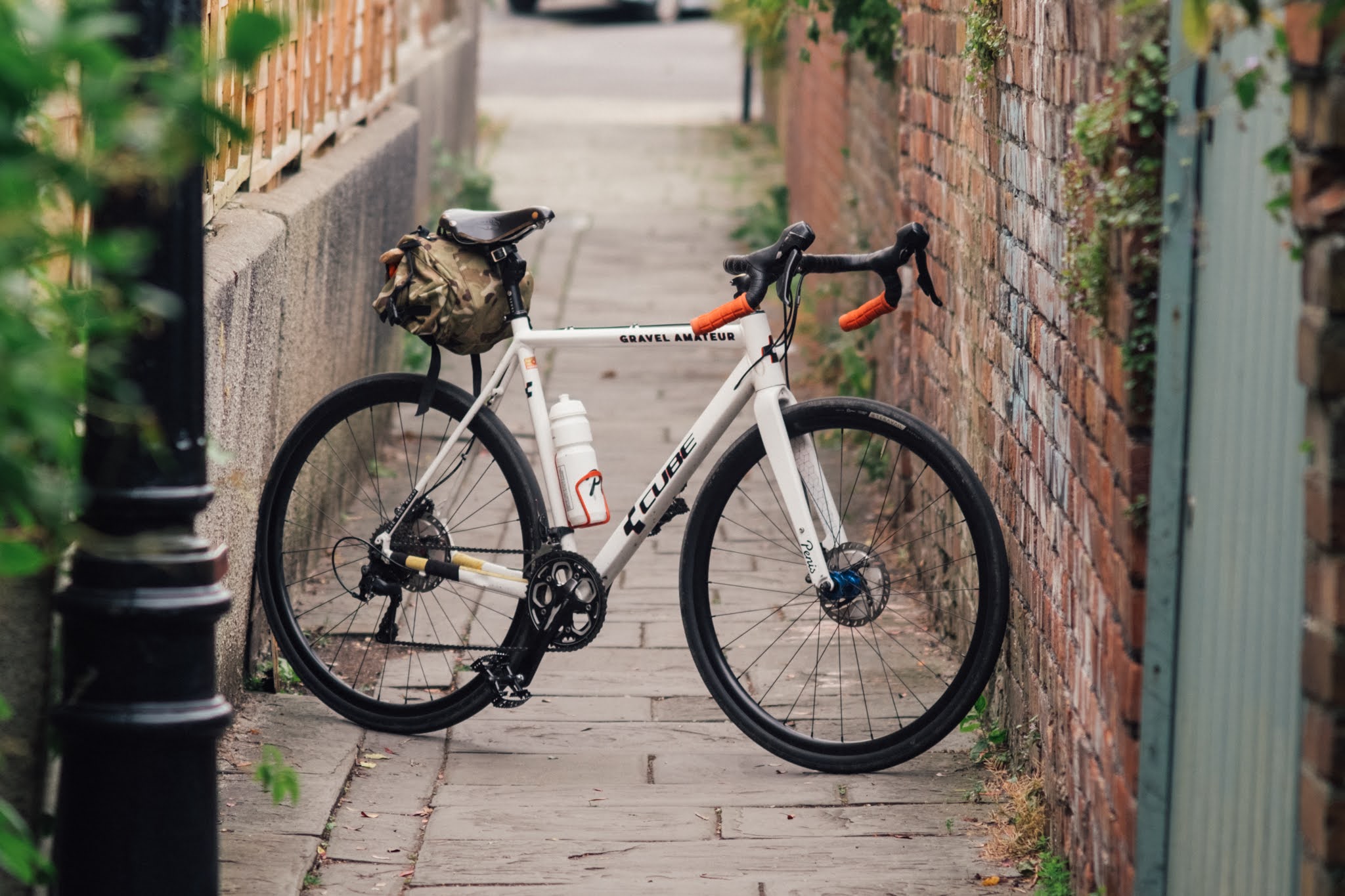 Rough roads is where the Ramparts really excel

For most tyres I’d usually suggest opting for the more supple casing, but not so for these. On loose surfaces where the tyre can break traction the sidewalls are less likely to flop over, but for a tyre designed for tarmac like the Rampart there isn’t the option and a more supple casing would fold more easily in hard cornering. What running the Durable casing means in real terms here is that you can happily set your pressure to accommodate some off-road excursions without making it feel like you’re riding on sponges when you get back on the tarmac as the sidewall is more supported. Moreover, the more durable casing is going to be the better option if you want to load these up with fashionable locally made luggage from your favourite bagmaker. 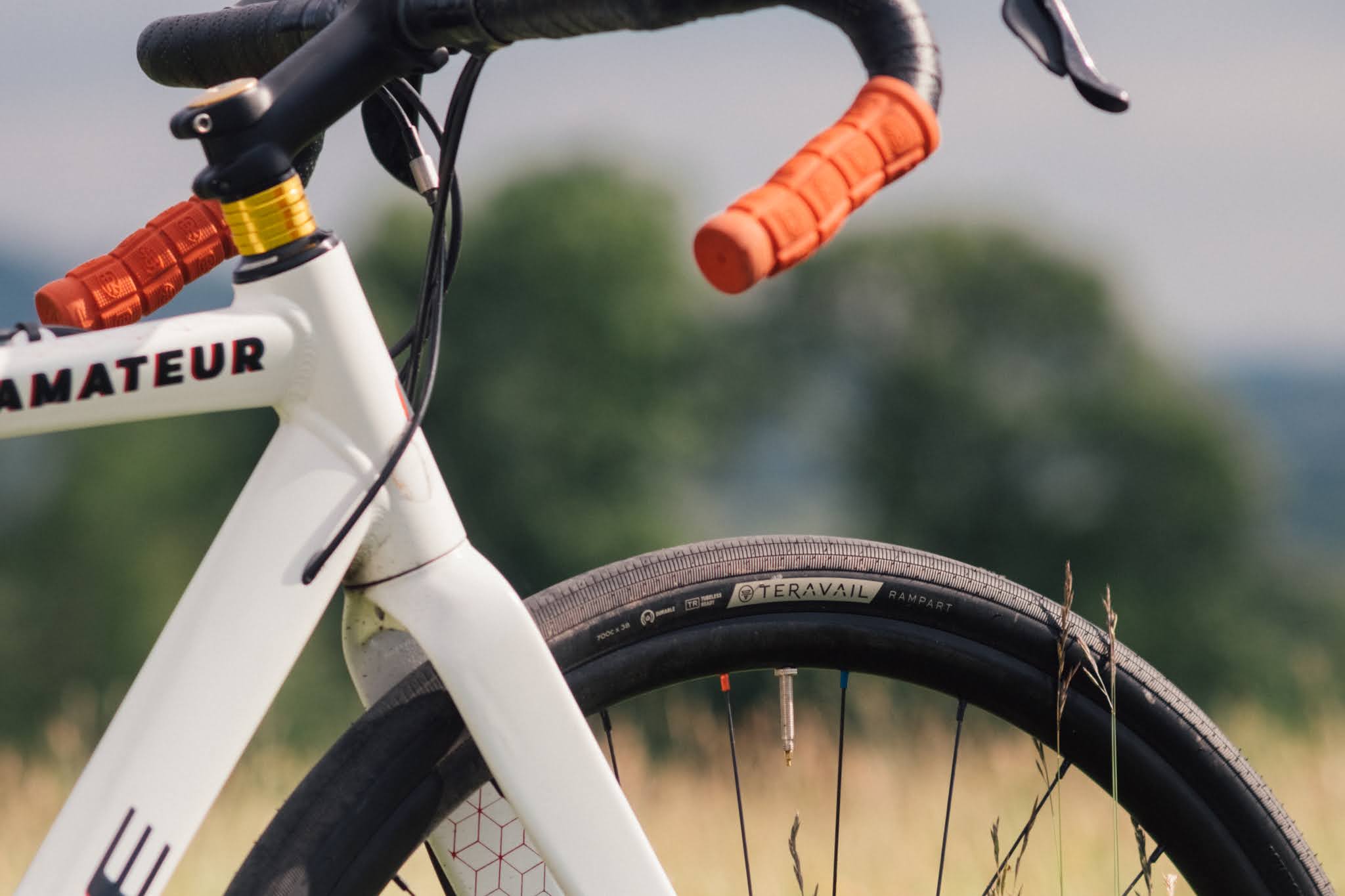 Once you venture off the battered asphalt and onto gravel things get a little more spicy. On dry, compact dirt trails in the dry they zip along and are still reassuringly grippy, and likewise on dry gravel tracks you’re not going to have a bad time at modest speeds. Even climbing they don’t break traction as readily as you might expect, especially at lower pressures. At speed however there is noticeable understeer when cornering; the occasional foot-out moment, but nothing totally hair raising. On fast gravel descents you don’t so much choose your line as ask nicely and hope they comply as you skim across the surface like a rock on a lake. In all honesty, it’s part of why I loved them. What they lack in cornering ability though they make up for in out and out speed. The only real drawback on gravel is that if you do have to grab a handful of brake for whatever reason you are going to lock the rear up if you aren’t very deft with your lever modulation. I found it was best to embrace this and pull enormous skids like a child at every opportunity, grinning like a Cheshire Cat, but I accept that being a juvenile idiot isn’t everyone’s cup of tea. 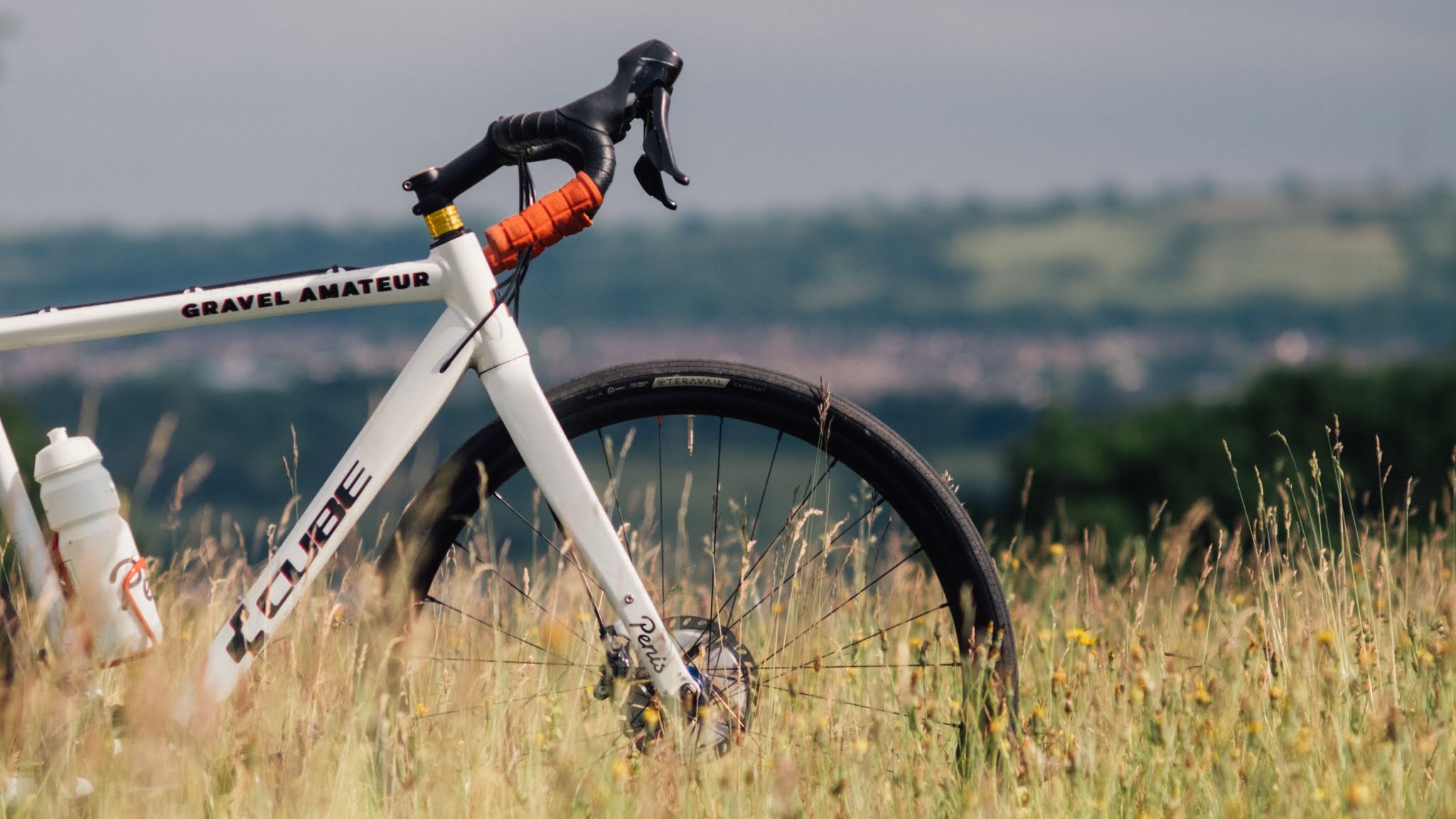 One for dry conditions if you veer off-road

The bad news is that on dirt in conditions even remotely damp they will slide about, but you could probably tell that just by looking at them. They simply aren’t a tyre for that and there’s no point pretending otherwise. Not so much of an issue for gravel, given that it doesn’t become slick in the wet, but the performance will suffer there all the same.

What I think the Teravail Ramparts will reward is absolute honesty with yourself about what your gravel riding involves. A lot of us spend more time on tarmac than we’d like to admit, seeking out those magical sections of bridleways and forest tracks. These tyres will absolutely make those tarmac sections more enjoyable, and in the summer, if you’re prepared to cut loose a little, they’ll handle a surprising amount off-road too. If you want a tyre to commute on that will allow you to take the towpath home on a sunny evening then these are the tyres for you, and if you just want a tyre to turn your cross bike into a rocket ship about town then look no further. 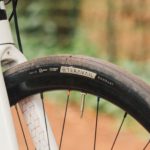 Check out more from Teravail

I can confirm. A good tire indeed. Wonder what a lighter choice could be…