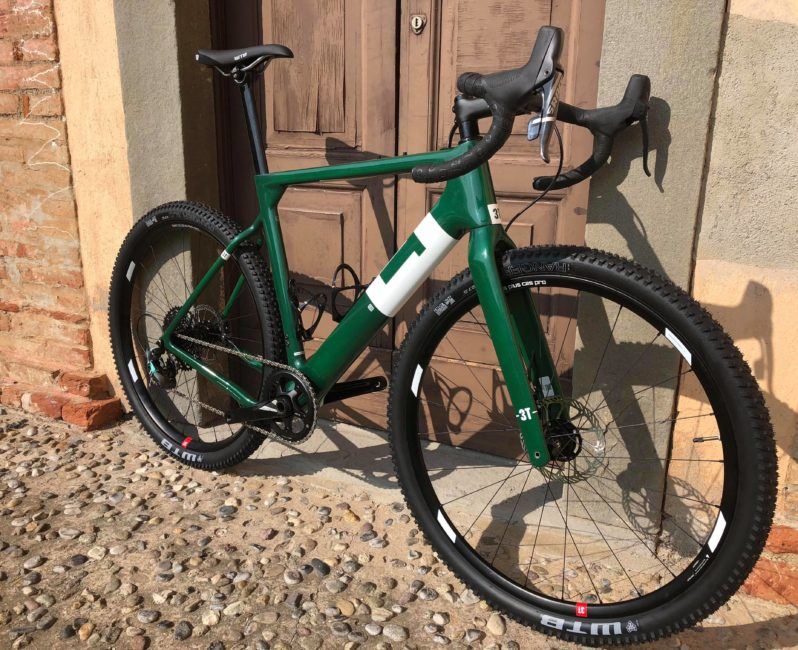 This beautiful Limited Edition Team Force Green 3T Exploro was spotted basking in the sun at the buildup to the Jeroboam300km Bike Festival (we’ll tease some more from the festival over on our Instagram).

Up until now the Exploro has only ever been available in black or white. But this limited edition green will be available from 3T on complete bikes for 2019. 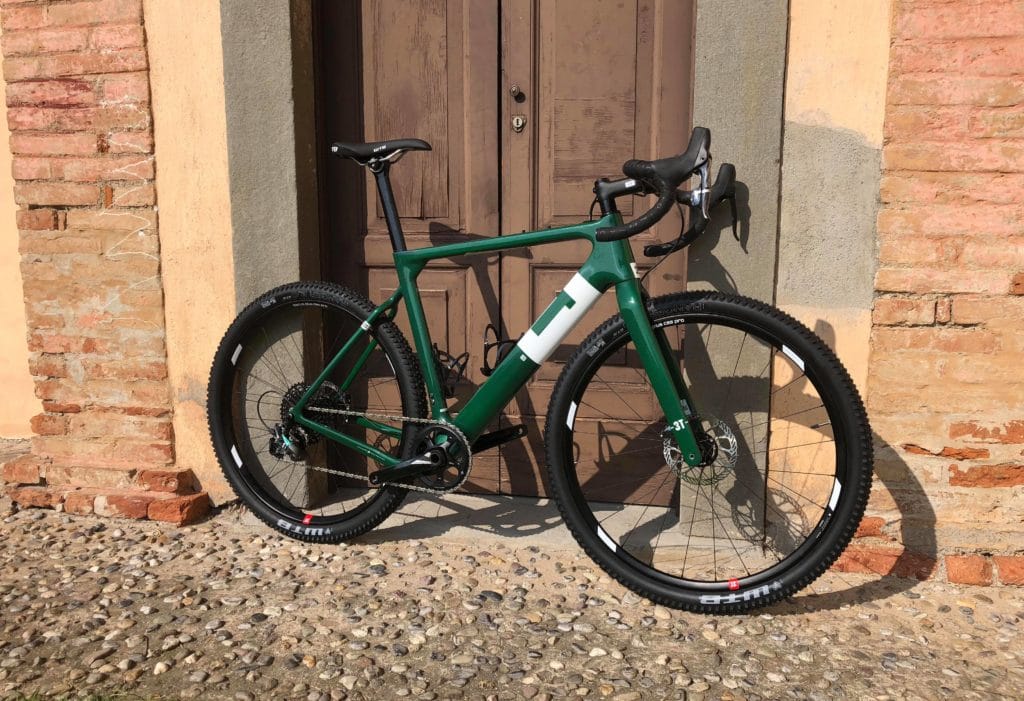 The Exploro is billed as the only gravel/adventure bike to take aerodynamics into account. 3T adds that ‘While aerodynamics may sound odd for a gravel bike, no one will deny that wind is a major factor in gravel riding and racing, and that means aerodynamics matter.’

With framesets starting at £3,000 and complete bikes at £5,600 they are far from cheap. But as 3T points out, the aerodynamics mean the Exploro is more than just a one trick pony: ‘a lot of customers use the 3T Exploro as their one and only bike.’ With road wheels and tyres, the Exploro can double up a fast aero road bike, for regular club rides and even races. With up to 40mm 700c tyres or up to 54mm 650b MTB tyres, it’s a capable off-roader and multi-surface machine. 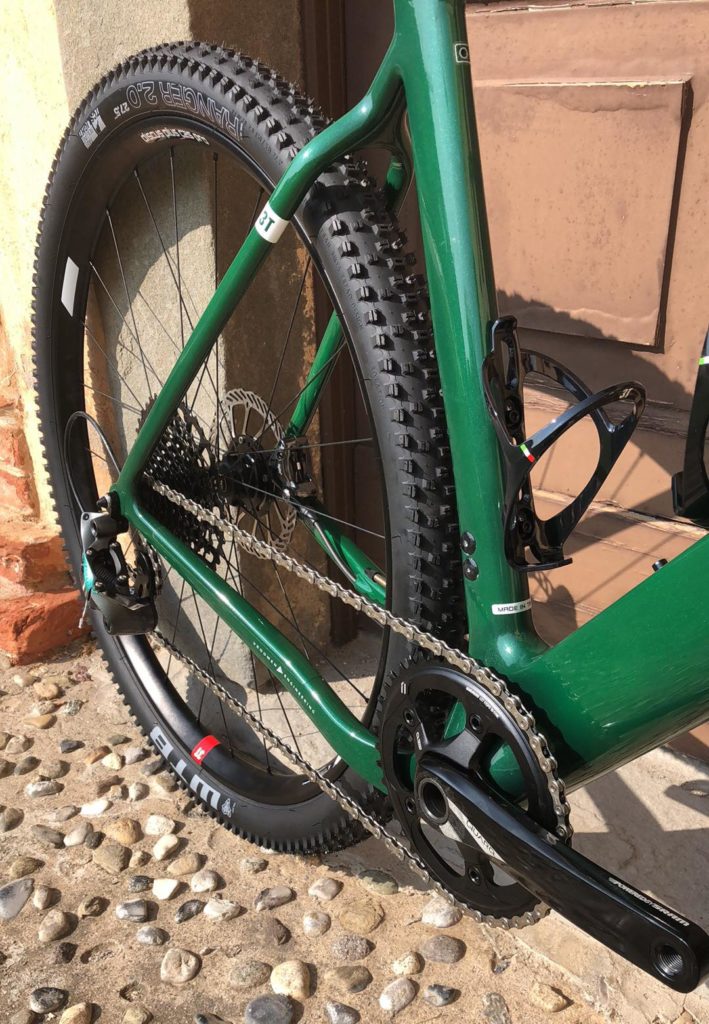 Announced back in April, the Exploro Flatmount is an evolution of the original Exploro and follows the flatmount disc brake standard, to keep up with the trend and conform to the ever changing ‘standards’ forced upon the bike industry. The update is much more than just a different way to hang brake callipers off a frame as 3T points out the big news is actually the Fango (mud in Italian) fork, which represents a complete redesign: 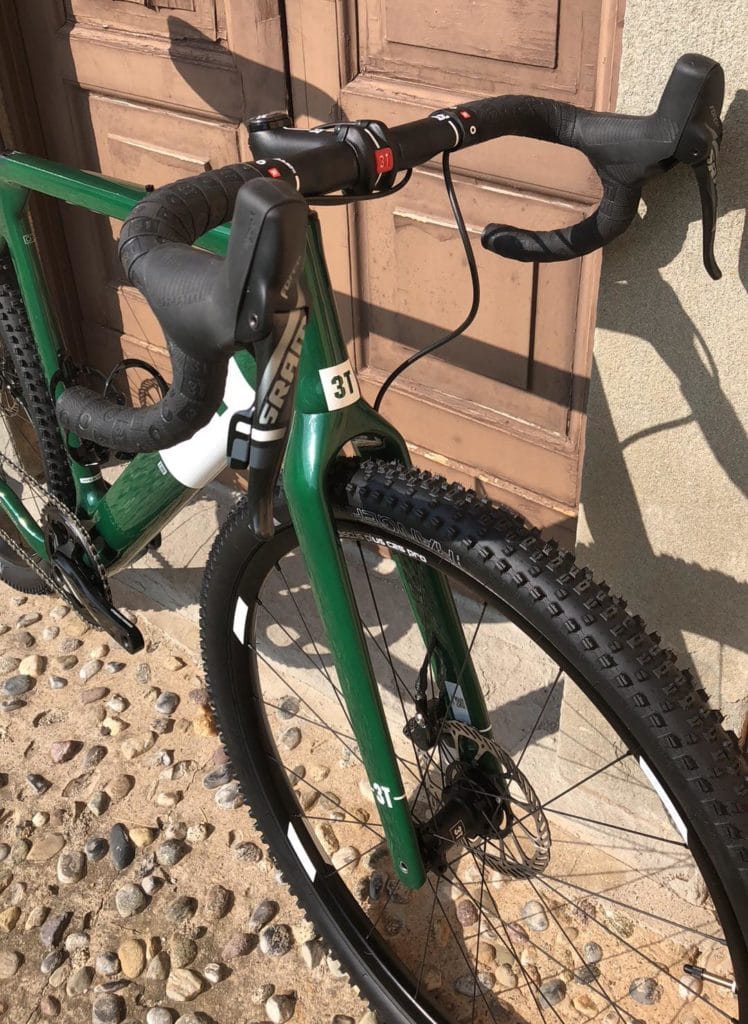 Cockpit is all stock 3T components. And there is nothing wrong with that.

The frame also sees some other small upgrades, such as a change of the seatpost wedge collar to use the same principle as the 3T Strada bike, to secure the post in the frame. 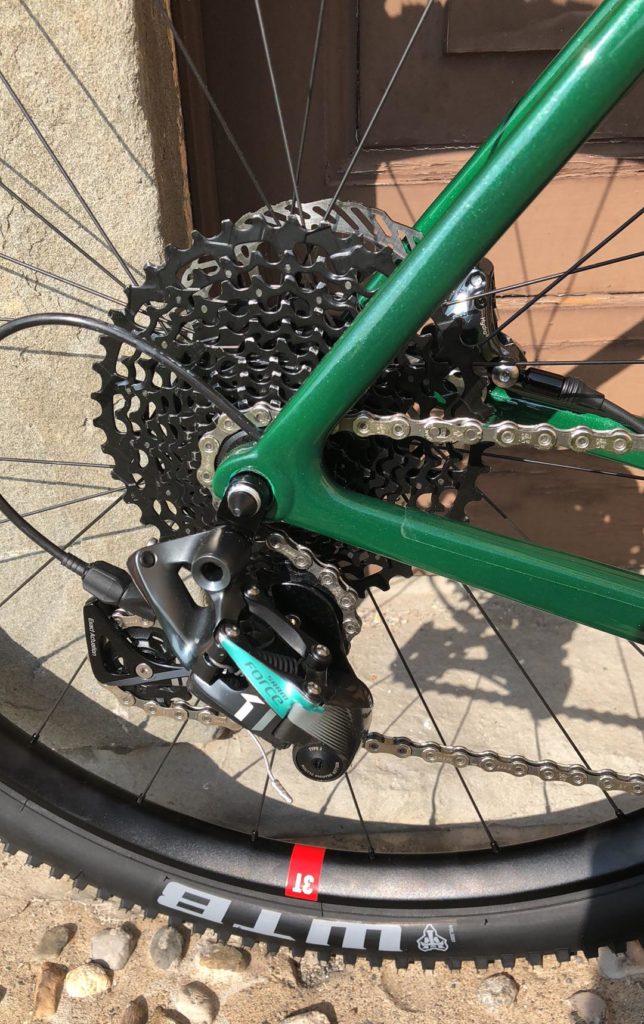 The new Exploro Flatmount is available in TEAM and LTD variants. They’re both out of the same mould but the carbon fibre differs with the cheaper Team version weighing a claimed 1,150g while the LTD model is a claimed 950g. The original postmount version, as we featured at Grinduro 2018, is still available and as 3T were keen to point out, flatmount is purely aesthetic, rather than providing any performance benefit.

Framesets start at £3,000 (Team Edition). The Team Force Green checks in at £4,500 for the complete build and is available now.

For more information on the 3T Exploro, visit the 3T Website and UK Distributor Saddleback.