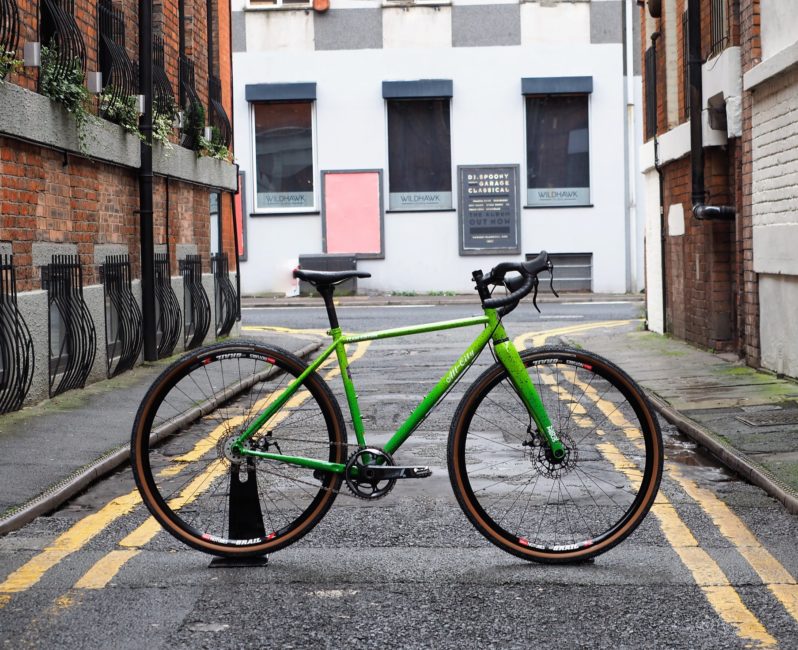 Shona from Keep Pedalling needs little introduction. Along with partner Rich and assistance from shop dog Olive, she’s probably responsible for rolling more adventure bikes out of the door than any other bike shop in the country.

“Road racing bikes have a place, but it’s not at Keep Pedalling” points out Shona. The shop floor exhibits a range you’d rarely see outside of the USA; All City, Bombtrack, Niner, Salsa, and Surly all jostle for position in this small corner of Manchester’s Northern Quarter.

They don’t just sell adventure, they ride it too. Shona has been travelling the world since her late teens and has extensive experience of Asia, Africa and all over Europe. More recently she’s toured the Atlas Mountains in Morocco, traversed Iceland’s interior and explored the less travelled parts of the Scottish Highlands. 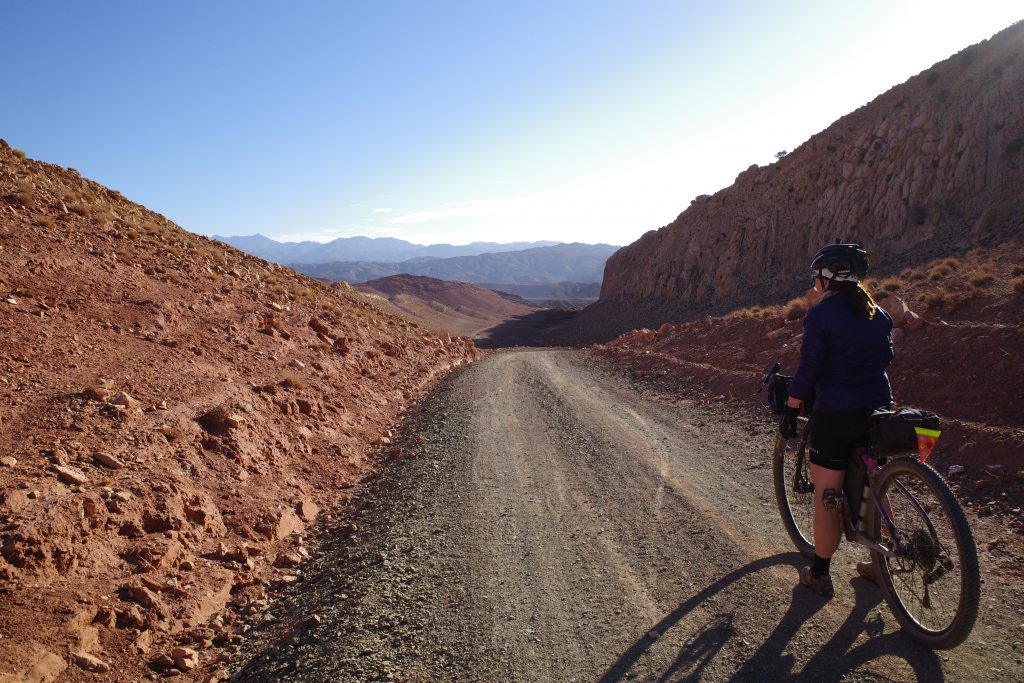 Shona, somewhere in Morocco. With gears.

A bike for the hills (and subways) of home

So the big question then. What bike does a world explorer choose for just hacking around their local trails?

“Rich and I were lucky enough to be guests of QBP’s Frost Bike show in February 2019. They’re the brains behind All City, Salsa and Surly. So we were super excited to get an invite to their in-house trade show in Minneapolis. We were invited to a ‘secret‘ unveiling with a handful of dealers to see some of the projects in the pipeline. Amongst those was the new, limited edition All City Nature Boy in the team green fade splatter.” 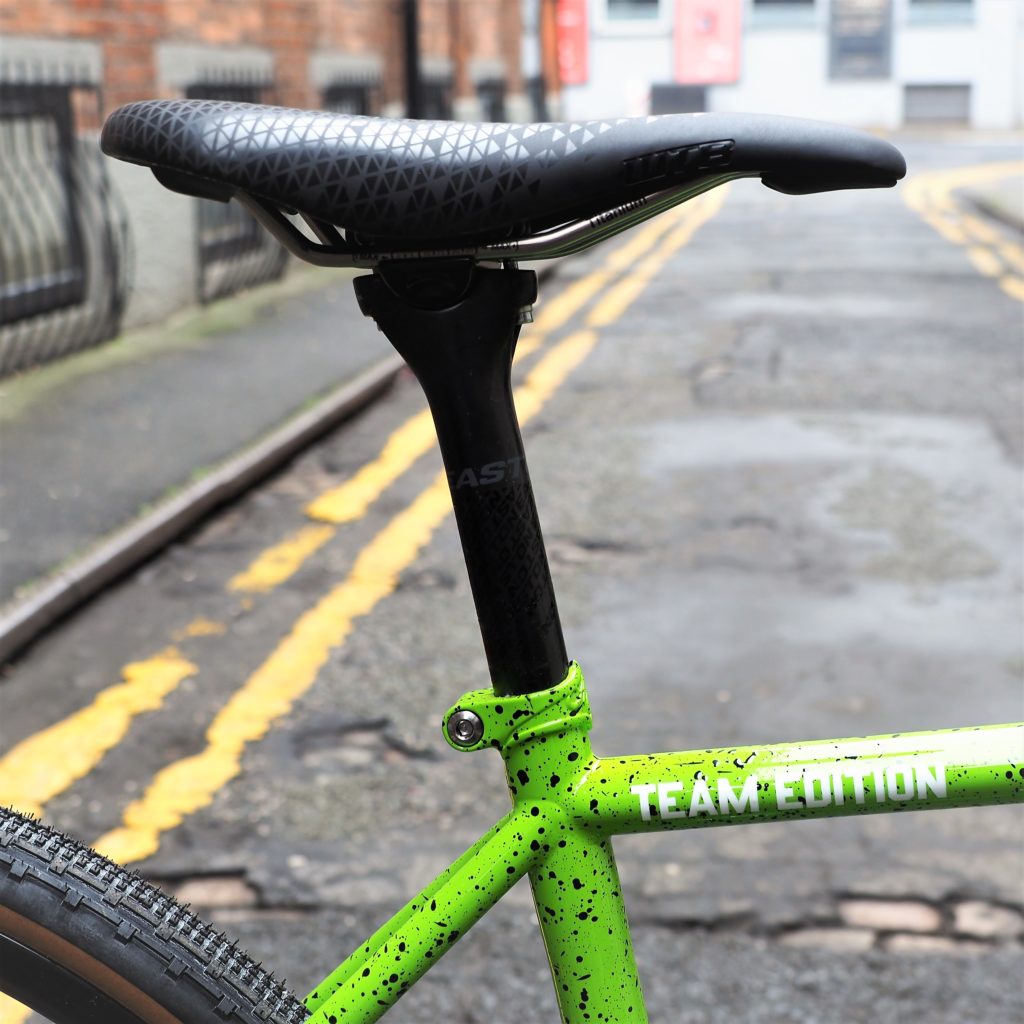 “As soon as I saw the single speed green fade bike I knew I really really wanted one!” Adds Shona. “I was especially lucky that between Nate at All City and Duncan at Ison, they managed to ‘save’ me one of the few tiny sized frames made.”

The Nature Boy has been a feature of the All City lineup for years. The 2020 overhaul revitalised the frame with All City’s proprietary A.C.E. steel tubing, making it both lighter and stiffer. And as Shona already pointed out, one of the most eye catching paint jobs we’ve seen! 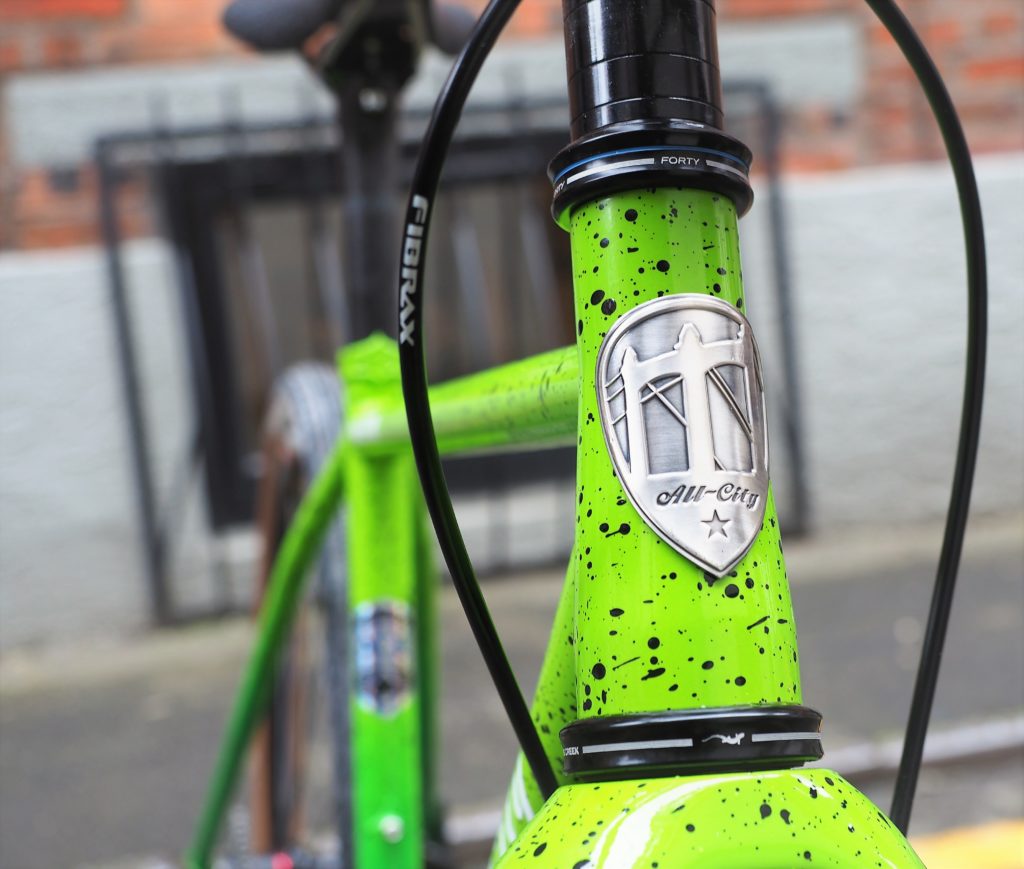 That splatter paint job is an eye catcher.

All City designed the Nature Boy from the get go as a single speed cyclocross race weapon. It’s sibling the Macho King is touted as the geared option in the lineup. But if your knees cry for a rest from single speeding, you can retrofit a derailleur hanger and add gears. Just remember that the clean lines of the frame doesn’t include cable guides. 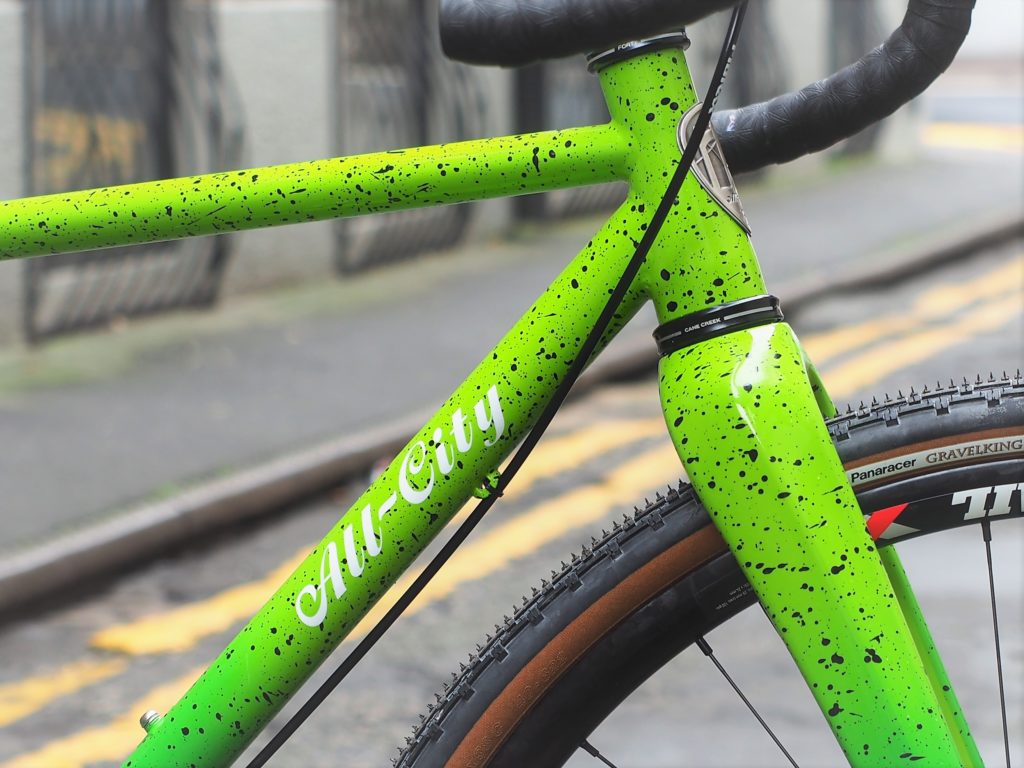 One Cog doesn’t have to  mean All Pain

But isn’t a one-cog bike intended for 60 punishing minutes of cyclocross pain a little uncomfortable for gravel? “I can’t stress enough what an amazingly great bike this is to ride” says Shona. “All City’s own design ACE tubing is lightweight and ever so comfy. The geometry sits nicely between race-your-socks-off or ride all day comfort.”

Just like all great singlespeed builds, Shona’s Nature Boy consists of donor parts and hand-me-downs. Bits that have come off a previous SSer and a few choice components that were bought to make it ‘just right.’ 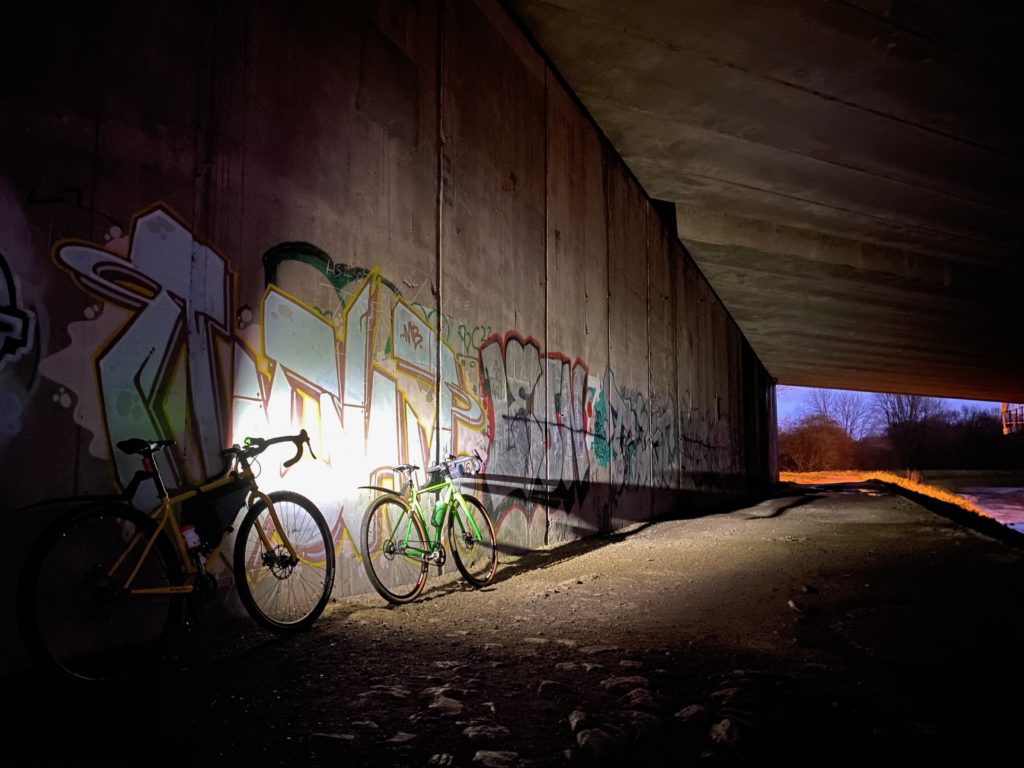 Rapha Prestige Revisited. That route did indeed ride better in reverse after all.

The shakedown ride for this build was a visit to familiar ground. ADVNTR joined Keep Pedalling back one grey November day in 2018 for the Rapha Prestige: Manchester. At the time we all felt the route would probably have been more satisfying in reverse. Shona and Rich decided to put that theory to the test. In the dark! And yes, we were right it rode better backwards- the few tech climbs made great descents. 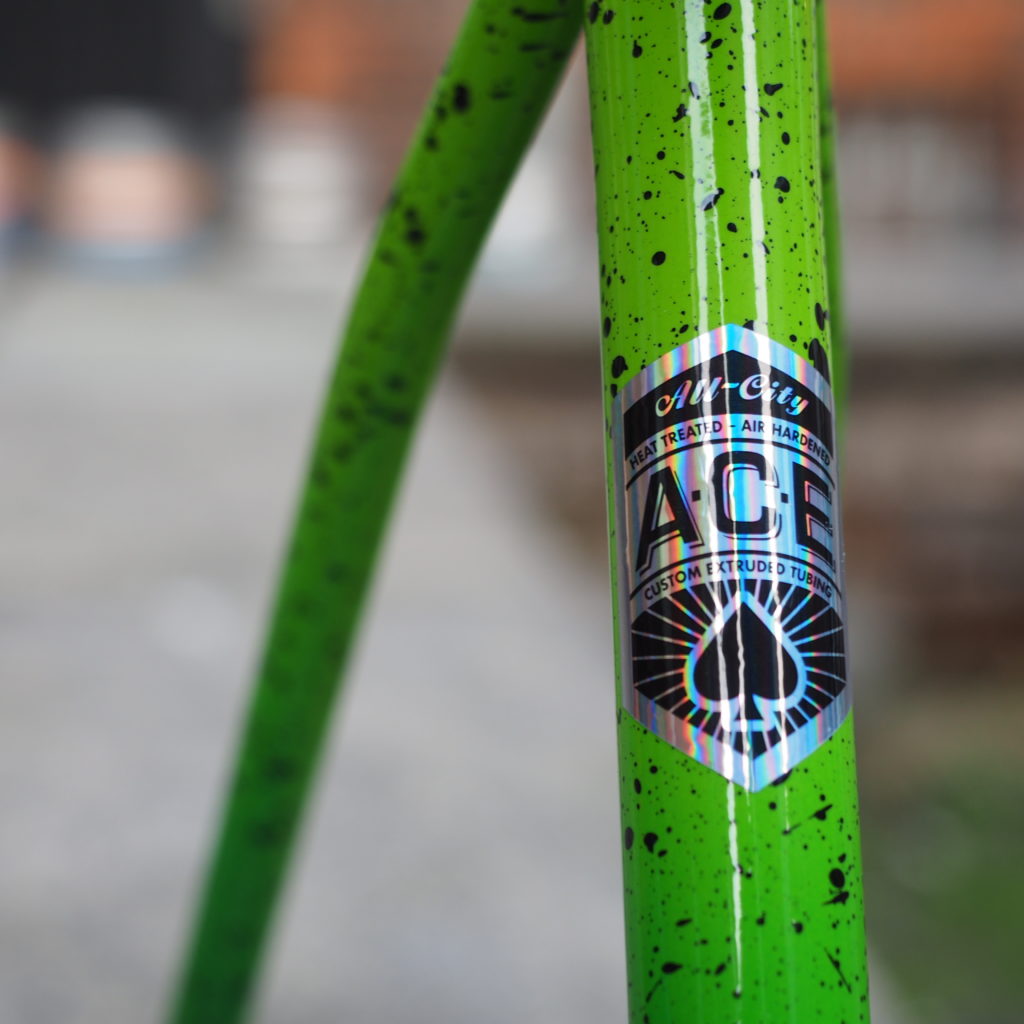 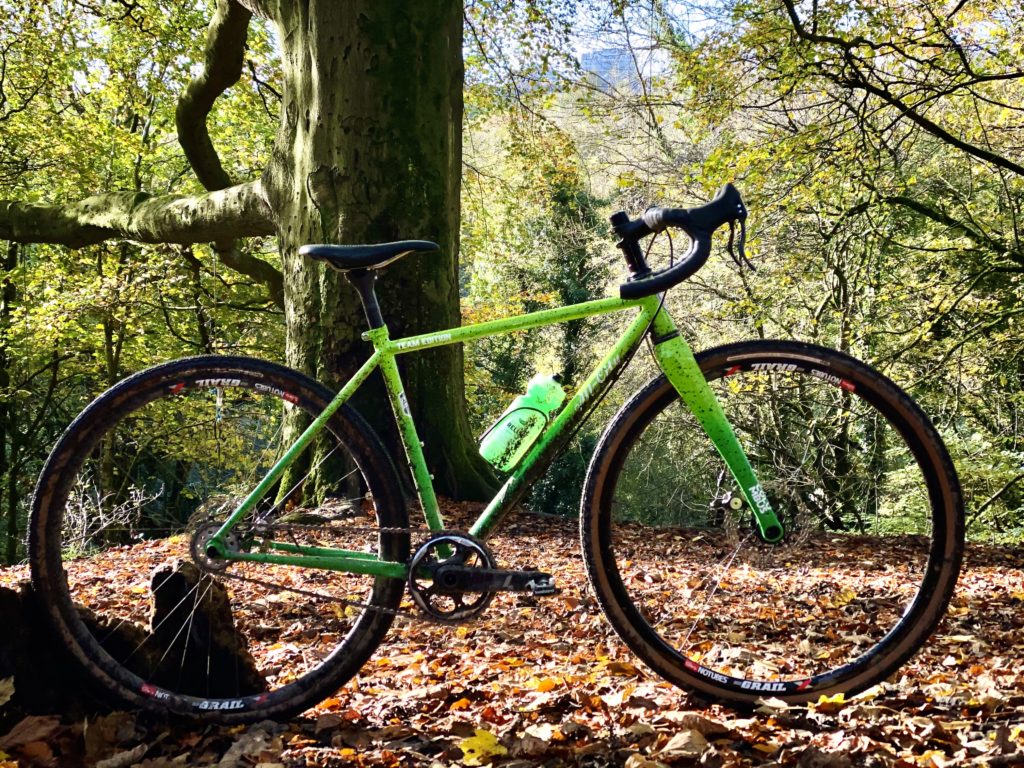 It sounds almost masochistic, but Shona has always held a desire to do the 3Peaks singlespeed. This All City Nature Boy is exactly the bike she has in mind to try that on. Perhaps next year… 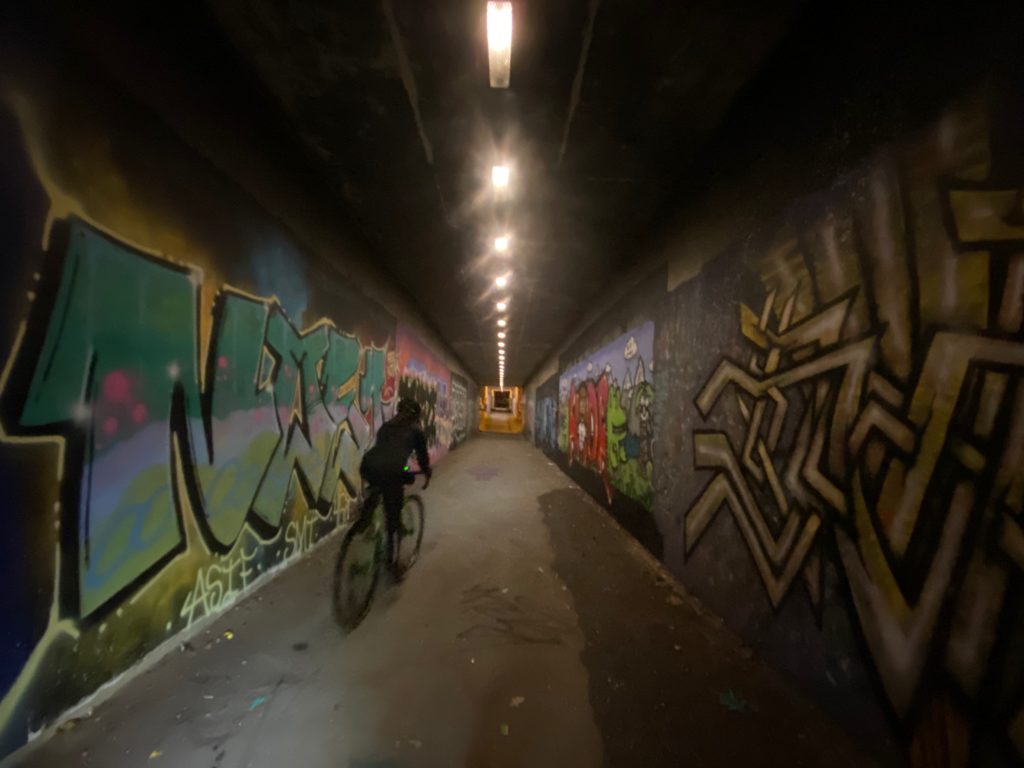 It’s not gravel all the time…

If you have a desire to own an All City Nature Boy, you’re too late. We asked Duncan at UK distributor Ison, and his inventory showed up a big fat zero on this limited edition frameset. But stock of its geared sibling the Macho King, is in ready supply and the black/yellow splatter fade is almost as cool! 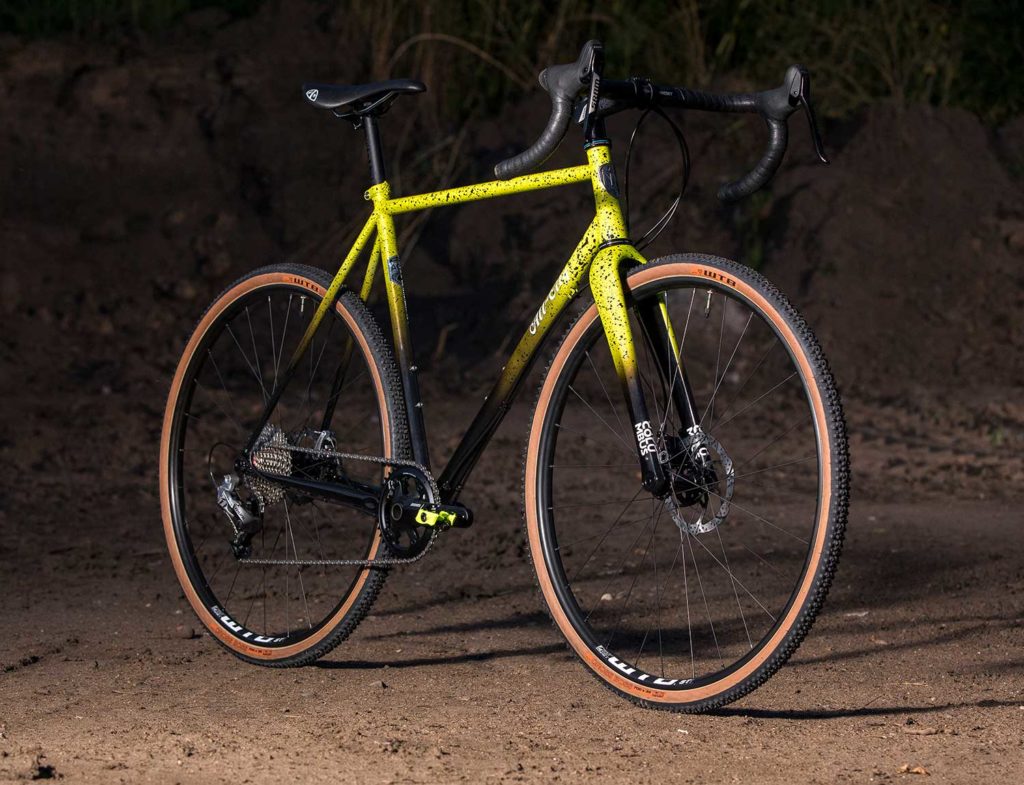 Macho King is the Nature Boy’s geared sibling. Paint job is almost as cool but more importantly, you can still buy one.

Follow Shona, Rich and Olive too, over on Instagram. Pay them a visit in Manchester (when safe to do so #stayathomesavelives) at Keep Pedalling – www.keeppedalling.co.uk

Contact points are what make sure we are comfortable, happy and efficient on the bike, so wether thats grips n gloves, or shoes n saddles its all down to trial and error .. and when things go right, its all rainbows and lollipops. @Marcusnicolson tells us of his experience testing the Ergon SR Pro saddle.⁠
⁠
Click through to the Link in Bio to see his takeaways from a long term test! ⁠
⁠
⁠
#ADVNTR #gravel #bikepacking #mtb #saddle #ergon #endurance #longtermtest ...

Do torn jerseys and leaking bags leave you feeling cold and filled with a sense of dread?⁠
⁠
Knowing you'll have to spend out dosh after a spill is a mighty unpleasant feeling indeed, so if you'd rather be safe in the knowledge that things didn't need binning after taking a tumble maybe read on to hear what @apidura and @velocioapparel have come together on. ⁠
⁠
Link in the Bio! ⁠
⁠
⁠
#ADVNTR #gravel #bikepacking #mtb #cyclinglife #repairs #velocio #apidura #waterproof ...