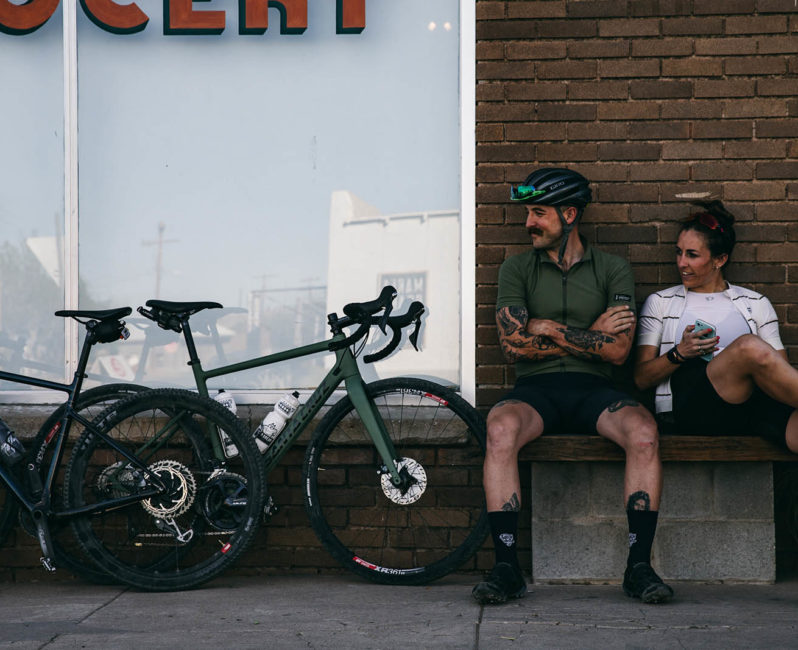 It’s all about timing

Santa Cruz launched the original Stigmata with impeccable timing, hitting the market just as gravel was taking off. Unfortunately, the first iteration of the bike was essentially a crosser. As everyone else headed out into the wilds, the Stigmata was left behind on the race course.

Having said that, they were not unknown at gravel events. You would usually see them with a 700x40c crammed between the stays along with the tell-tale paint rub that says you really ought to downsize your rubber… 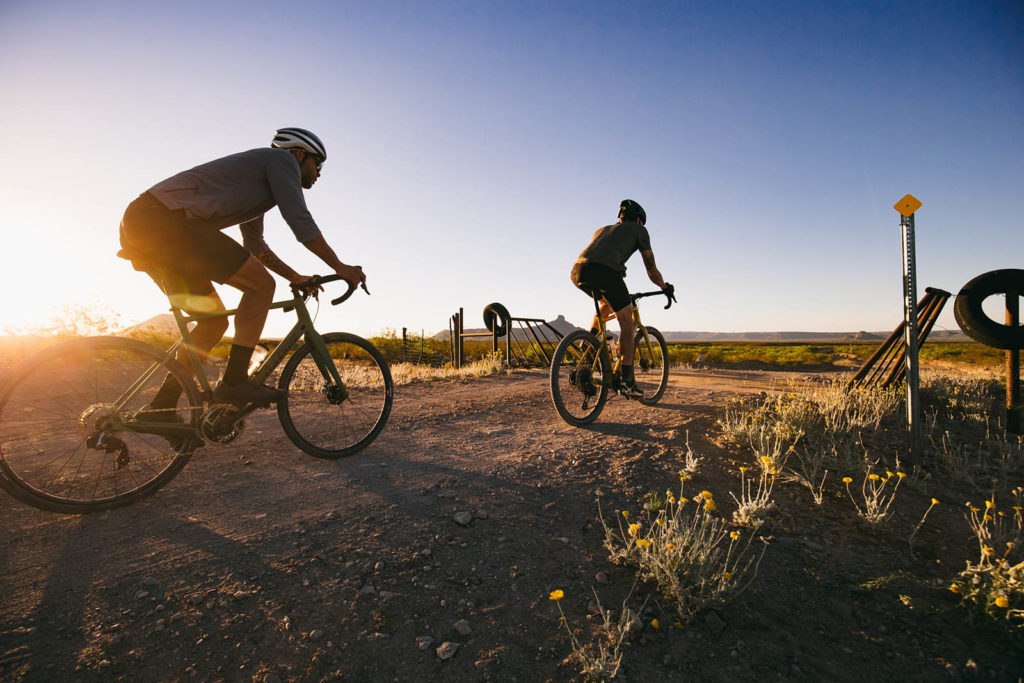 The new and improved Stigmata addresses those old concerns with clearance for 700×45 or 650bx2.1 tyres. Or as we prefer to describe it, “40c with mud room”. Whatever your take, the Stigmata is now equipped to go much further than before.

Mudguard mounts also suggest practicality and all-season riding. We were also pleased to see the introduction of a threaded bottom bracket. Three bottle cage mounts complete the ‘adventure tick list’. You can carry at least one bottle now, even with a full-size frame bag fitted. There is also stealth dropper post routing for a 27.2mm post.

Whatever its shortcomings, the Stigmata was fast and extremely capable, both on and off road. There was no point messing with the formula here, so the geometry remains fairly faithful to the original. The carbon layup has been improved, borrowing experience gained from Santa Cruz’s racy Highball MTB hardtail and Danny MacAskill’s trials frame. Finally, some adjustments have been to reduce toe overlap and improve handling for smaller riders.

All the current road disc standards are now err. Standard. Flat mount brakes front and rear plus, the front axle is now of the more familiar 12mm variety. 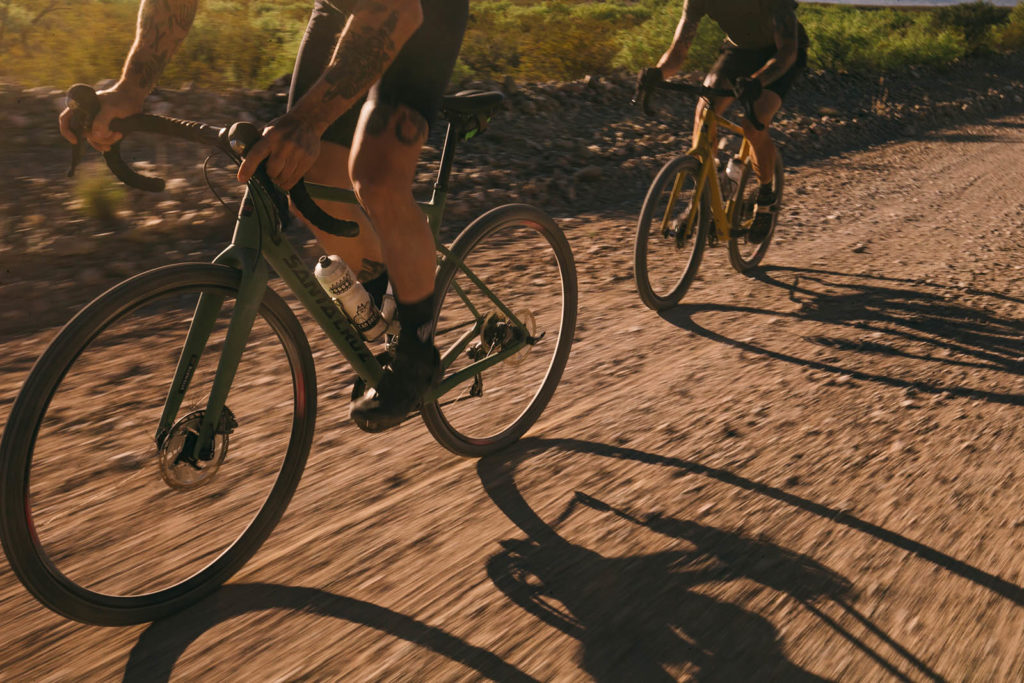 The Santa Cruz Stigmata is available in sizes from 52 to 60cm, all capable of running both 650b and 700c wheelsets.

Something for the lady? The Stigmata is also available in ‘female guise’ as the Juliana Quincy and runs in sizes 49cm, 52cm and 54cm. 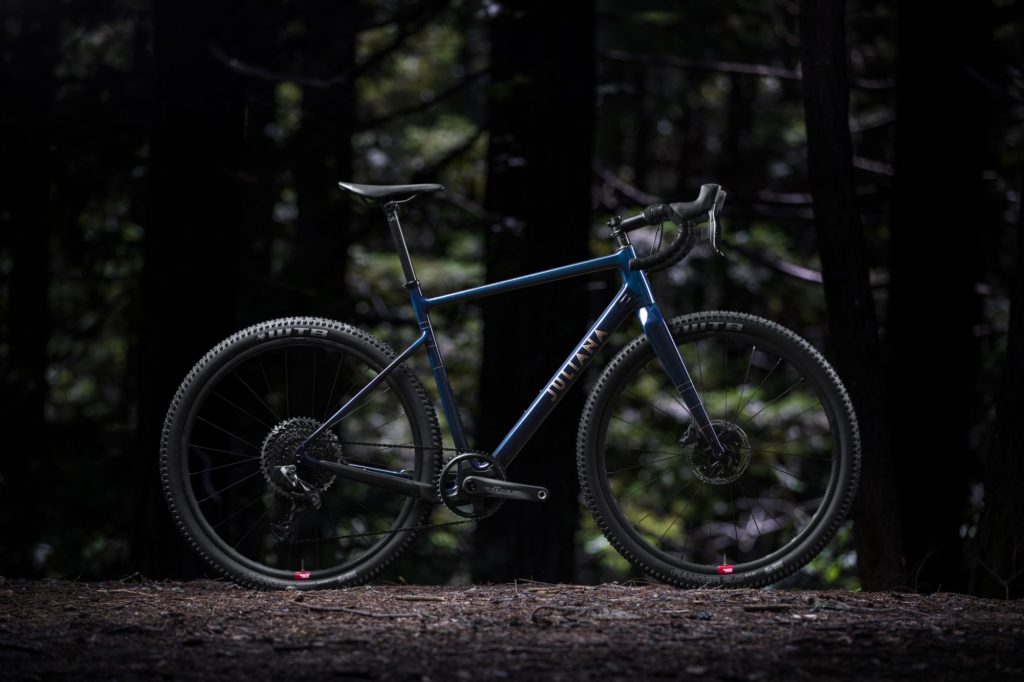 Juliana Quincy, skulking in the shadows.

Entry into the exclusive world of Santa Cruz never comes cheap. If you want just frame and fork to build up your own dream machine, it will cost you £2,199 for the Stigmata CC.

For the full details of the new Santa Cruz Stigmata, make your way over to: www.santacruzbicycles.com

Rather have one of these than the 3t Exploro!

Our first play with Shimano Deore 12 speed. Check our the marinbikes DSX 2 review for some gear inches nerdery to see just how this compares to GRX gearing. Like us, you might just be surprised...

A super versatile waterproof, windproof and breathable jacket from showerspass with some handy extra features for on the bike... check out tay.velo's review of the top-end Refuge Jacket at ADVNTR now.⁠
⁠
#ADVNTR #gravel #bikepacking #mtb #showerspass #waterproofjacket ...

Imagine riding through sunny Seville and then up the length of Spain to escape the worst of the winter weather. That's exactly what Ceri from threads_of_adventure did in 2019. ⁠
⁠
While we can't travel right now, we've been reflecting on some ace trips from the last few years. Get in touch if you'd like to submit a story of your own!⁠
⁠
For the full low-down on Ceri's trip and route, link in bio.⁠
⁠
#ADVNTR #gravel #bikepacking #bikepackingspain ...

Our pals at restrap launched their online route catalogue 👀⁠
⁠
Head over to ADVNTR to read all about it, and how you can get your mitts on a rad patch for contributing! ⁠
⁠
#ADVNTR #gravel #bikepacking #mtb #restrap⁠
📷 restrap ...


Error: API requests are being delayed. New posts will not be retrieved for at least 5 minutes.