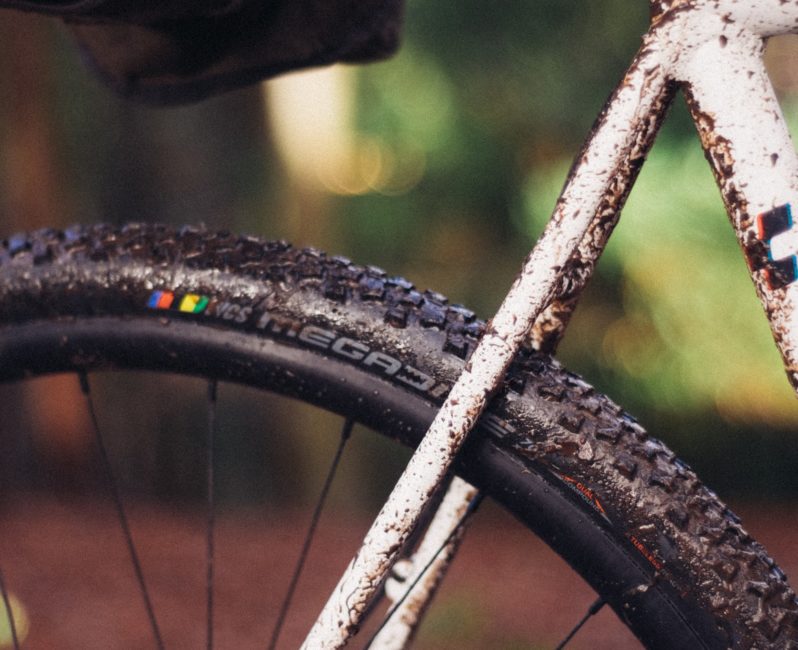 Cyclo-cross racing might be on hiatus at the moment, but that hasn’t stopped Will Jones ripping around the woods to test these Ritchey MegaBite WCS tyres.

For cyclocross tyre nerds, the 2017 World Championships in Bieles, Luxembourg was something rather special. As the great and the good of Northern Europe were called up, everyone was losing their minds over Wout van Aert’s tyre choice.

Once the dust settled on his emphatic victory on that snowy day, it transpired he had ridden on a set of vintage Michelin Mud treads, hand glued to a set of Dugast casings, and stored in Nils Alberts humidity and temperature controlled secret tyre bunker for over a decade.

And now, it seems, you too can get in on the vintage tread action without all the hassle of becoming 3X World Champion, learning Belgian, or even getting out of bed. The Megabite from Ritchey is, with only minor alterations to the tread pattern and the addition of a tubeless ready casing, a carbon copy of the Ritchey vintage Mount Cross tyre. 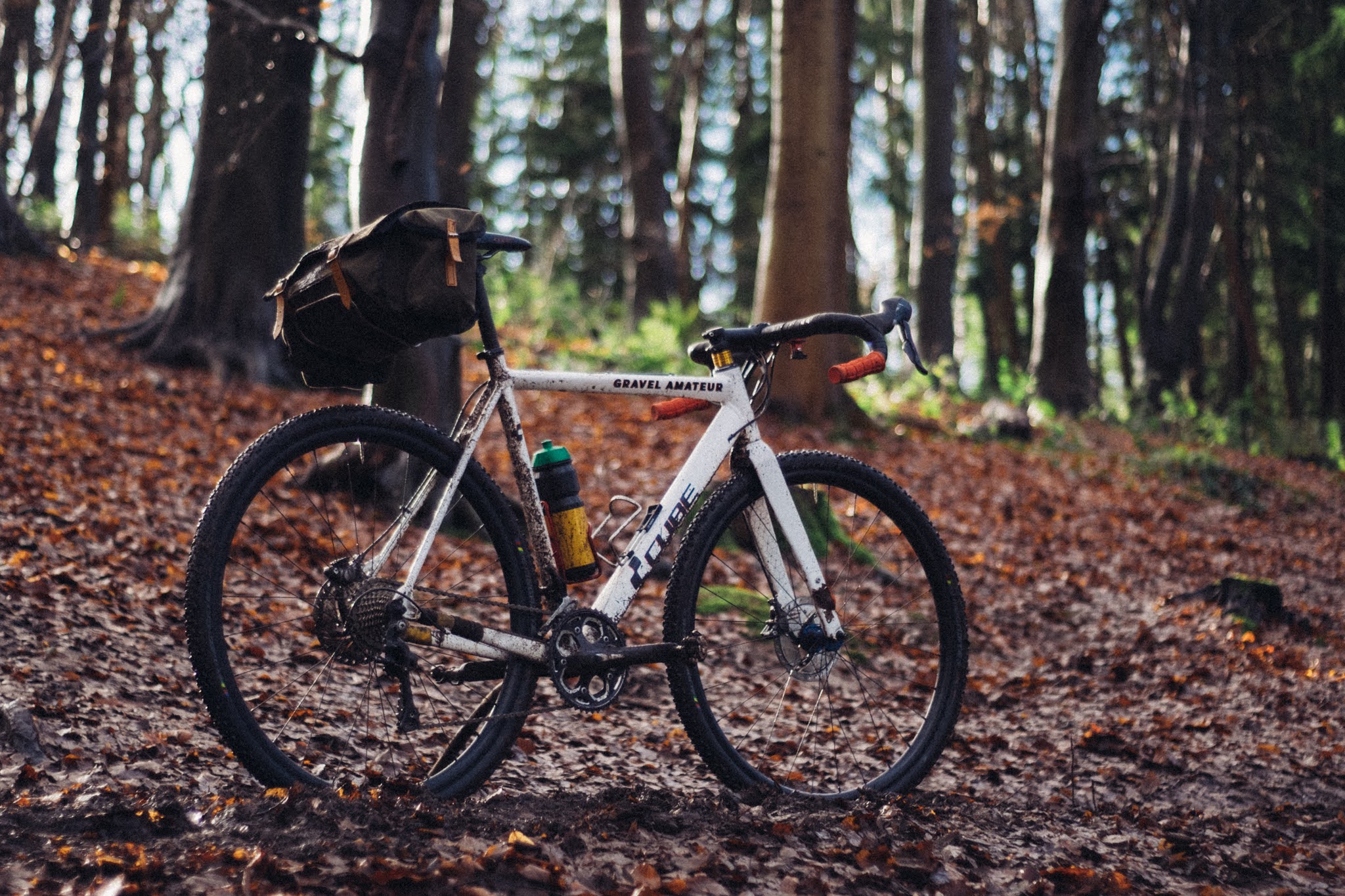 Weighing in at 428g, exactly as claimed, the only obvious alteration to the original tread pattern from the original appears to be small hollows within the centre knobs. I suspect this is more of a weight saving exercise than to improve grip.

For the longest time I’ve resisted setting any of my tyres up tubeless. It didn’t really fit my use case, and all I ever heard was horror stories of sealant explosions and workshops resembling the final scenes from Alien. “It’s not worth the fuss, and you have to carry a tube anyway”, I’d tell myself. I’m now tucking in to a delicious slice of humble pie after successfully setting up both tyres, with a standard track pump, in under ten minutes. It was embarrassingly simple and trouble free, to the point I was worried I’d forgotten something major like ‘remember to add the tyre’. I’ve no doubt they won’t all go this well, but it’s a hell of a start! Want to know my secret? Pop a tube in and leave it inflated for a few days.

Once fitted, the MegaBite WCS tyres expanded to a plump 39.6 mm width on 24 mm internal rims. Unusually the widest point on the tyre was the sidewalls, rather than the shoulder knobs. As these are billed as a cyclo-cross tyre they should happily reduce down to their stated width on narrower rims, but be wary if your bike has particularly tight clearances. 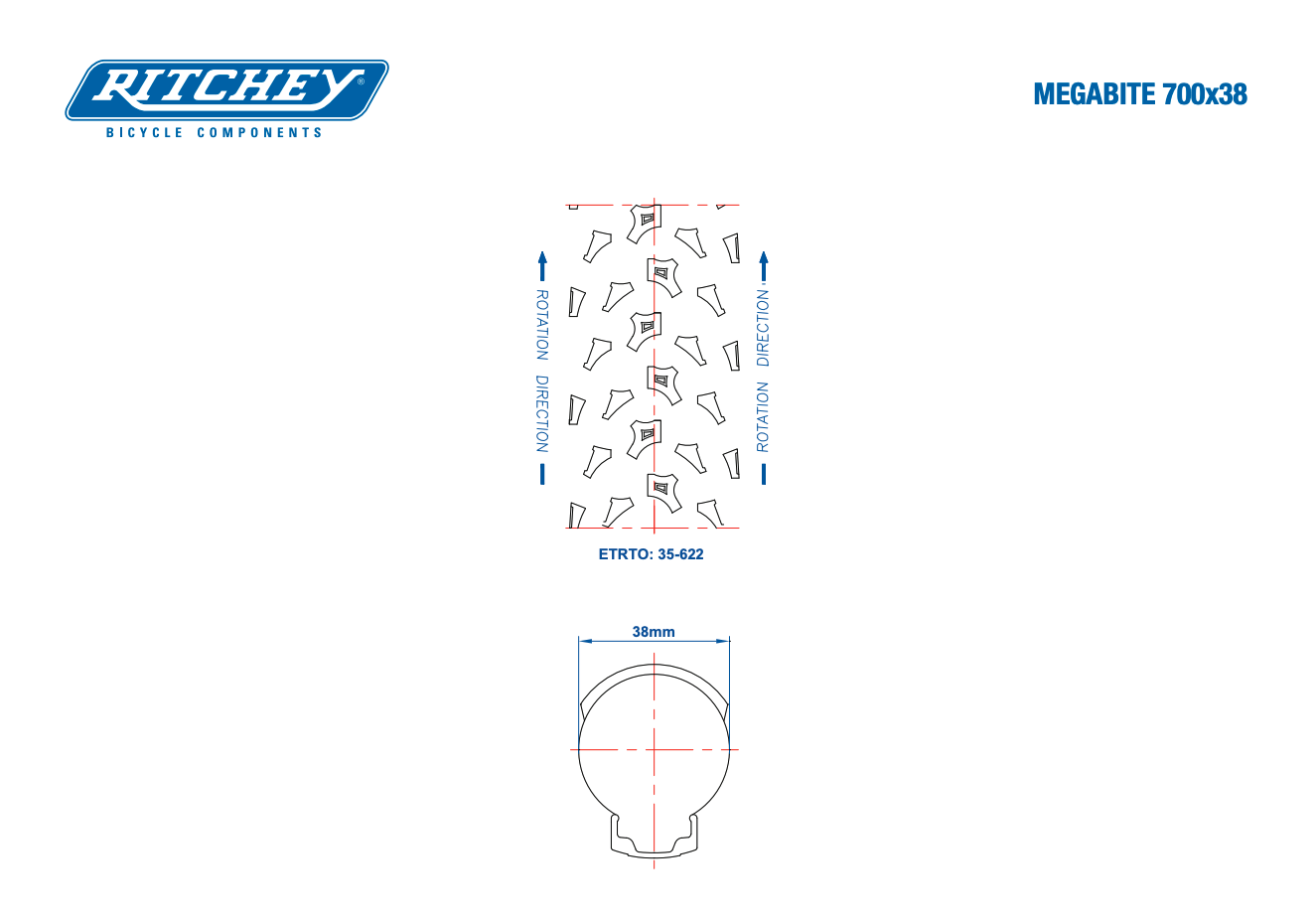 The centre knobs have some cut-out features, perhaps for weight reduction

For the full cyclocross experience, I set out for the woods with a bidon full of mayo and some terrible techno reverberating in my ears, on the hunt for some premium slop. These are definitely tyres designed for deep mud, and on tarmac there is a noticeable drag. At slow speeds you can feel the torsion in the steering deforming the carcass, and the knobs create a not unpleasant, but noticeable buzz through the frame. This is partially alleviated by the supple 120 tpi casing, though I suspect the issue would be much more prevalent in the 30 tpi Comp option.

Similarly, there is a noticeable penalty in terms of top end speed on stretches of nicely graded gravel. At slower speeds and over technical terrain it’s not something you’d notice, but on flat sections there is an appreciable increase in effort needed to maintain momentum, as the tiny hands of friction and rolling resistance hold you back. 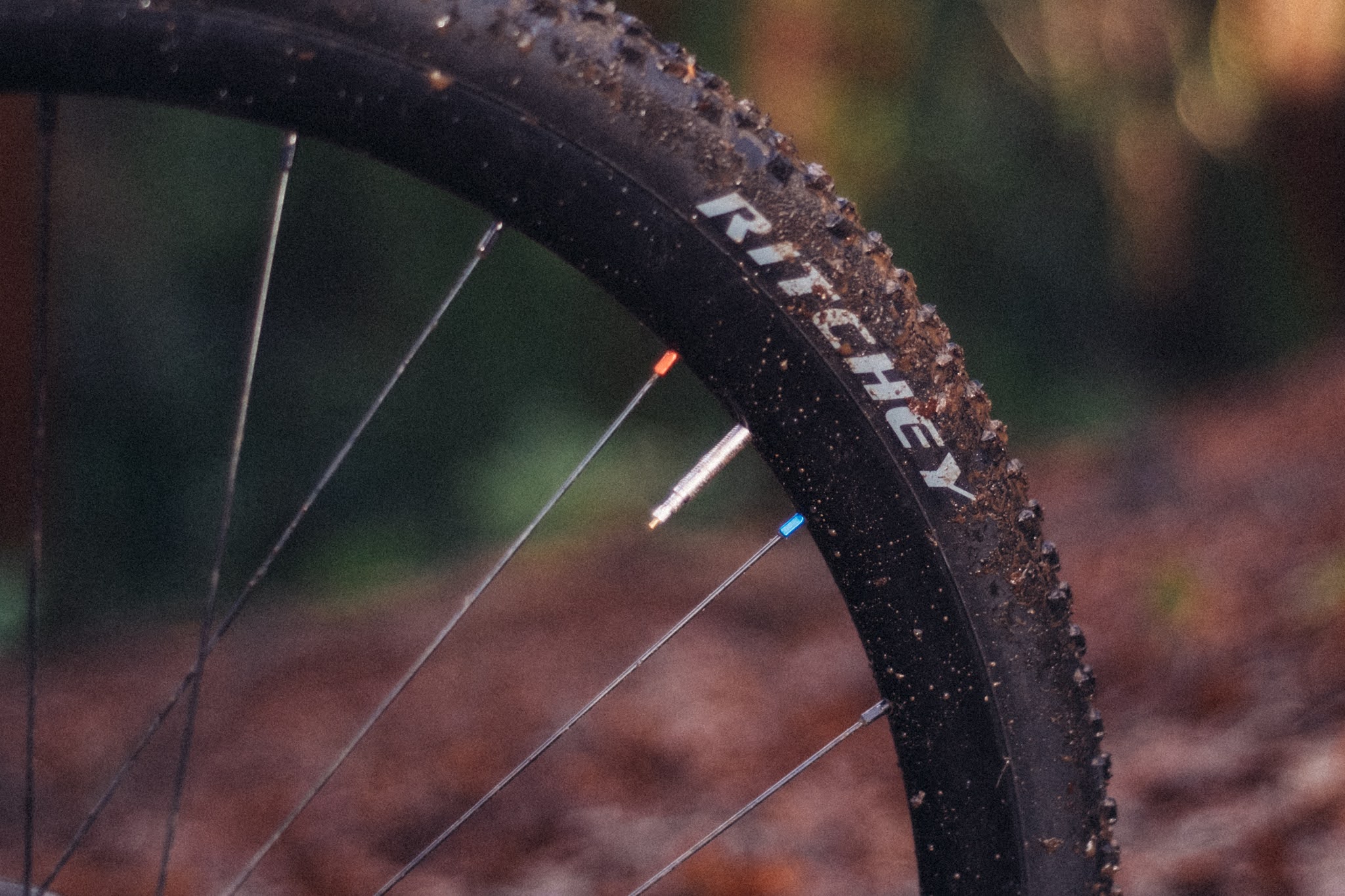 Whatever they lack in top end speed on smoother substrates, they more than make up for in grip. The way they cling, even at more rim-friendly pressures is nothing short of alarming. I tried hard, on multiple occasions, to get them to break traction. During an uphill standing start in deep mud the front tyre left the ground before the rear relinquished its grip.

Only during high speed cornering, and extreme off-camber sections would they consider releasing you into a slide, and even then it’s rarely catastrophic. At times you can quite happily pull off the most satisfying of cyclo-cross manoeuvres, the two wheel drift, without the usual accompanying panic. 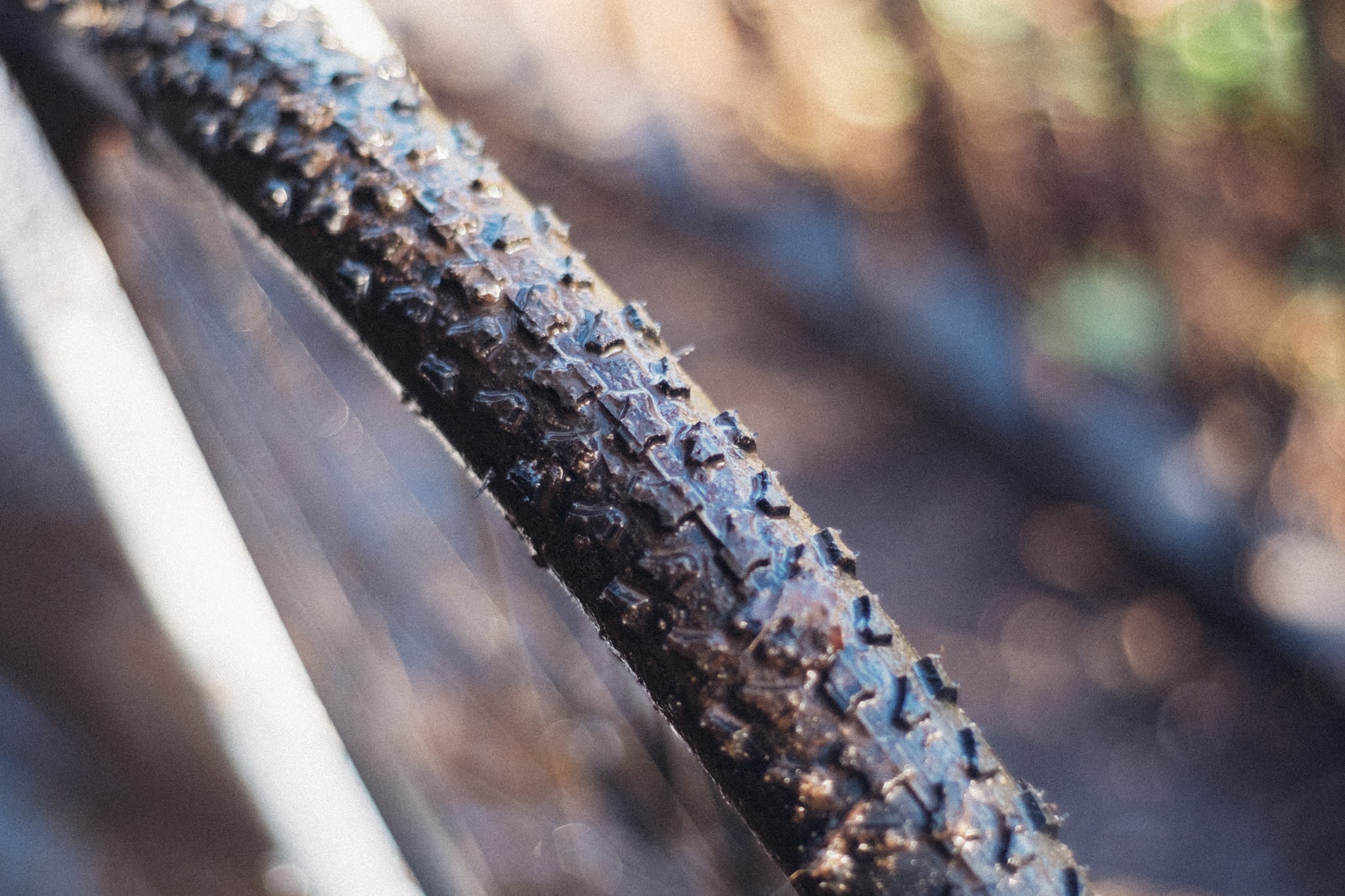 Not only do they grip exceptionally, the wide spacing of the knobs means they shed muck brilliantly too, meaning you’re not forever searching for a puddle to ride through to clear the decks. The exception to this is the little hollows in the centre knobs, which do tend to remain full. If these were designed as a weight saving tactic it’s something of a false economy, as the density of clay is almost double that of rubber, meaning in the real world they’ve effectively increased the rotational weight.

The grip and mud shedding ability is genuinely comparable to something as absolutely race-oriented as the Challenge Limus, but without the worries that come with running fragile cotton casings in the real world, or the eye-watering price tag. It’ll leave you considering that sketchy MTB line for a few moments longer before chickening out, rather than simply riding past it. You can enter patches of mud with some control over your destiny, and even exit faster than you went in which is a real treat. 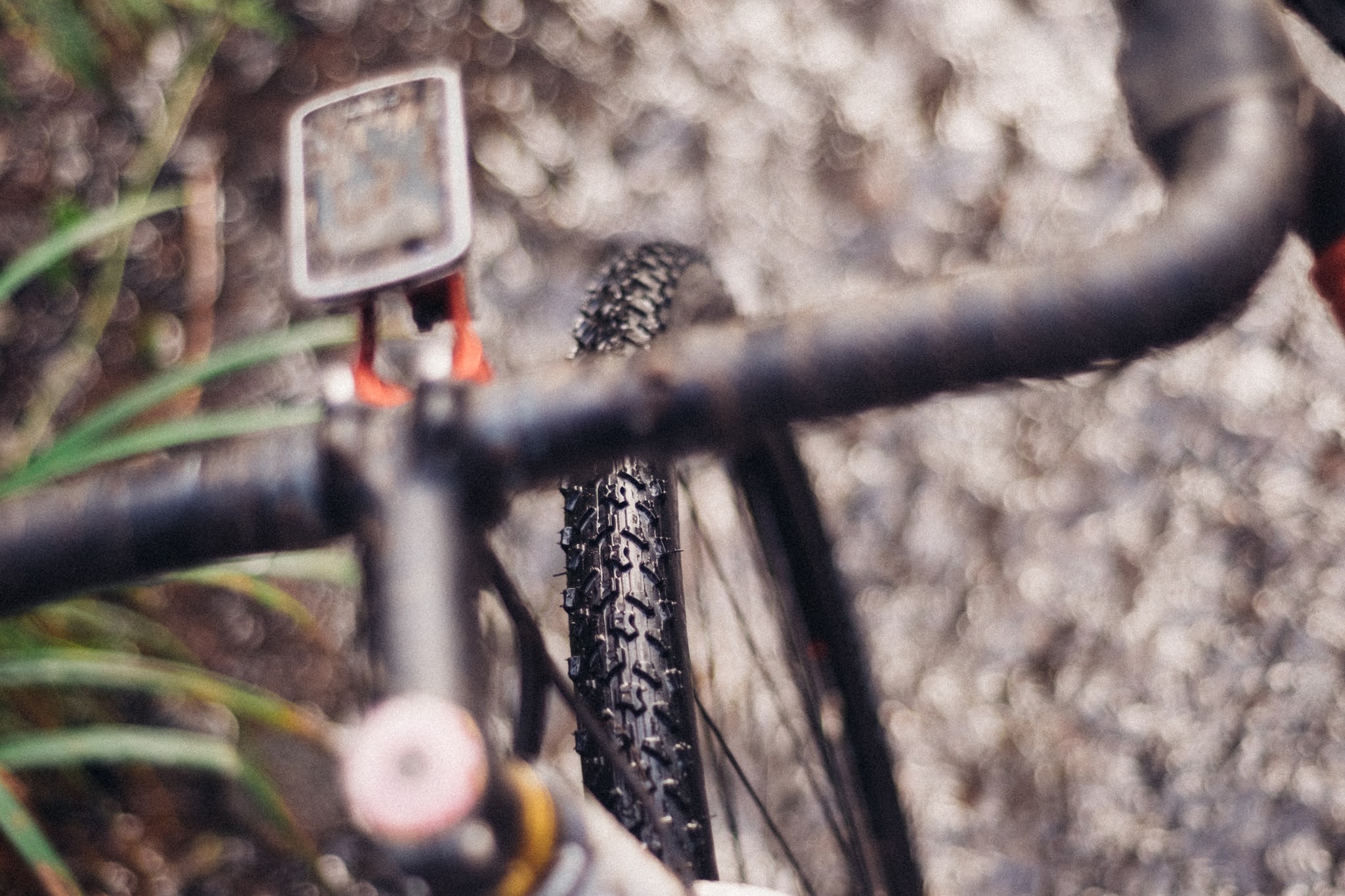 Keen to try some race specific tests, I dropped the psi right down, and dribbled all down my face for full effect. At very low pressures (15 psi for me, your mileage may vary) the grip of the tread overcame the air pressure under hard cornering and it was relatively easy to get the tyre to fold, resulting in an unnervingly squirmy front end. Consequently, if you’re running tubeless the burp risk will be on the high side if you go too low with the pressure; unless you’re racing in an absolute mud bath I suggest running them a little harder than you’d expect.

On a related note these are officially too wide for cyclo-cross racing (max 33 mm), but unless you’re going for UCI points, or you’ve got very overzealous summer league rules I doubt anyone will bat an eyelid. 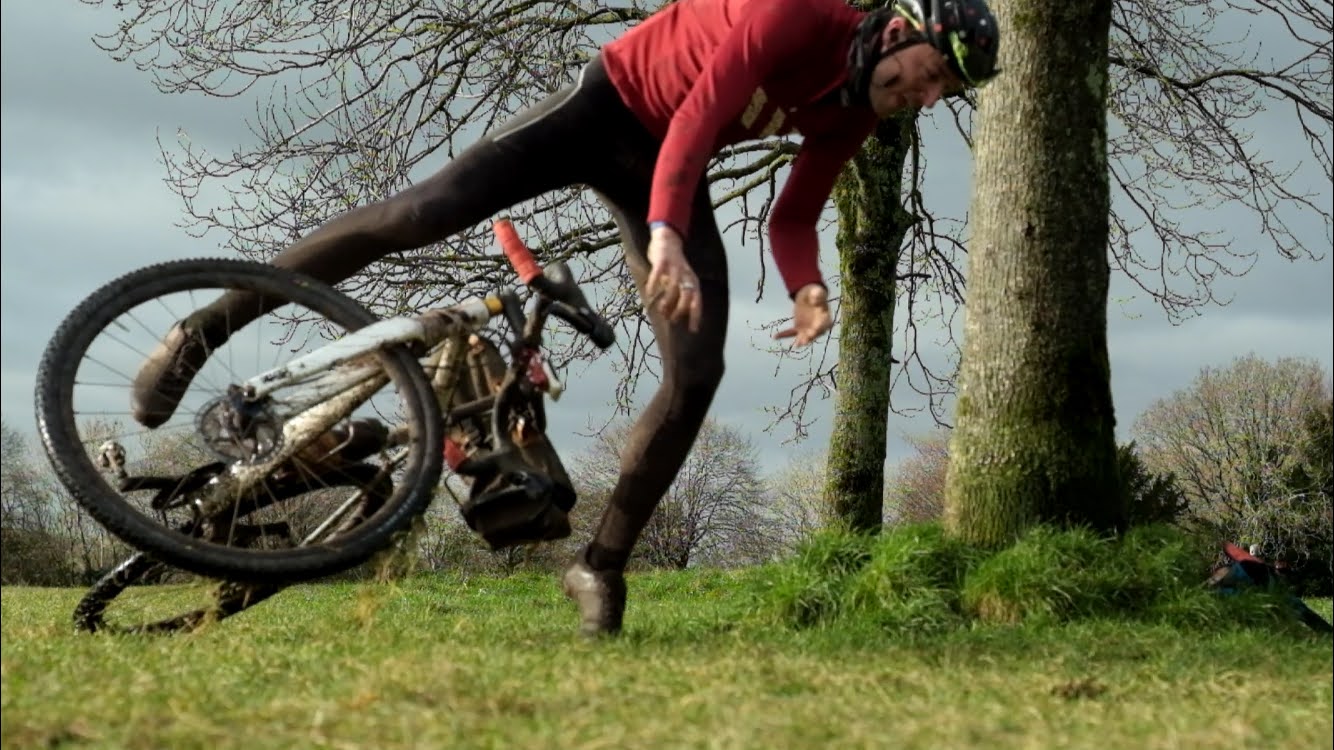 At really low pressures, the tyres are squirmy and fold easily on cornering. Will win’s the commitment to testing challenge with this one

For the sake of thoroughness I then shouldered the bike and ran up a hill. I can’t in good conscience say they improved this aspect, but they’re nice to look at up close. However, if you are taken to pushing your bike up steep banks while exploring, the tread actually means you can use the bike to haul yourself up difficult sections if you’ve left your toe spikes at home. 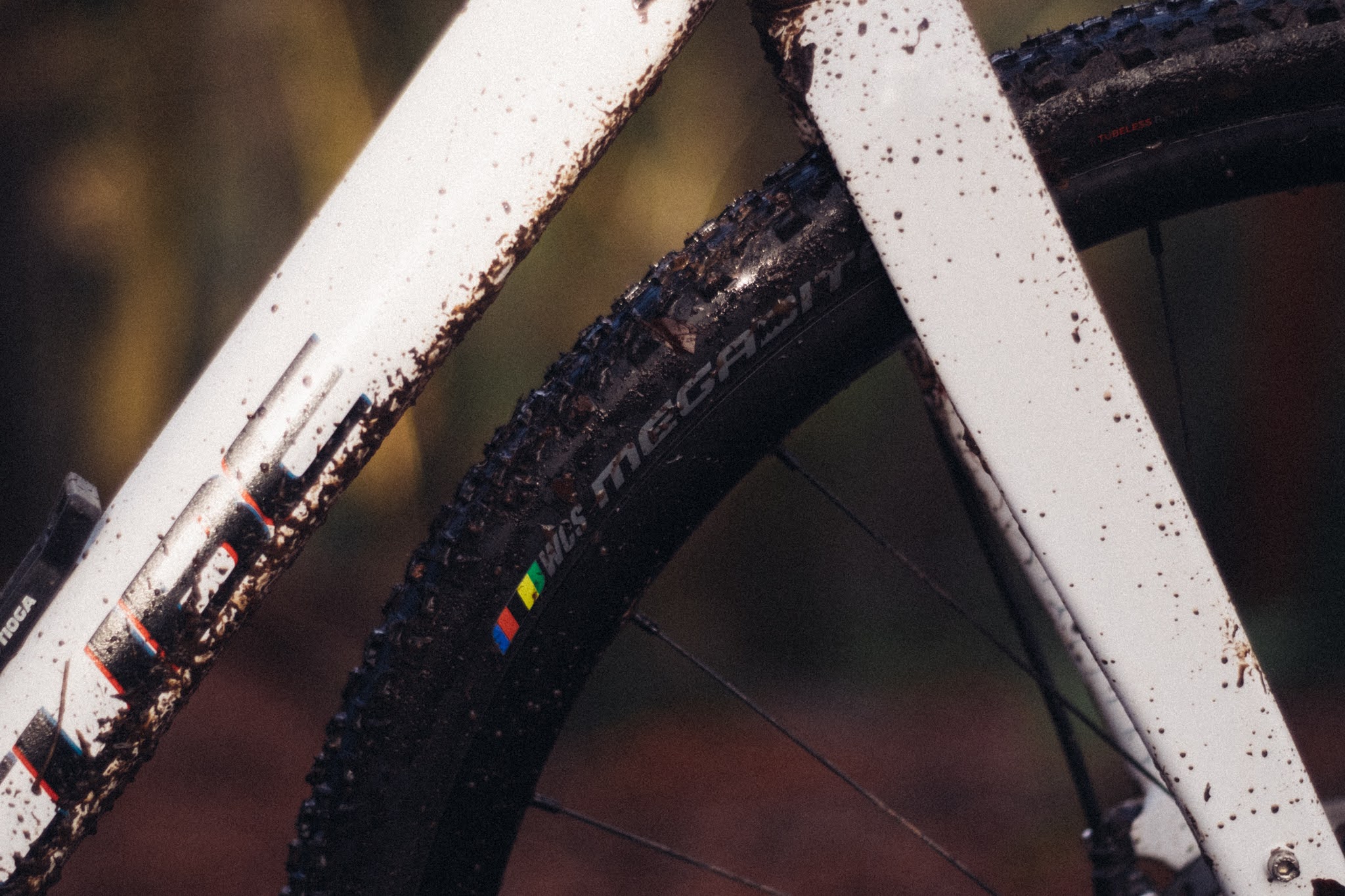 Supreme grip for filth that you won’t be too precious to ride on for the rest of the week, too

It’s a humbling experience when the performance of equipment outshines your ability as a rider, but once I swallowed my pride, these Ritchey MegaBite WCS tyres transformed a wet ride in the woods from hanging on for dear life to happily exploring new trails. What Ritchey have managed here is something rather special; a tyre I’d be very happy to race on, but that I’d be equally happy leaving on for the rest of the week.

A good friend of mine recently bought a cyclo-cross bike and asked me what tyres he should buy. I told him to keep the stock tyres for day to day use, and some Challenge Limus for race days. He duly fit the Limus and blew the sidewall out on the first ride on some rocks. Henry, mate, I’m sorry. You should have bought these. 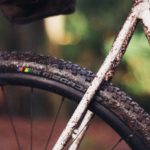 Check out more at Ritchey