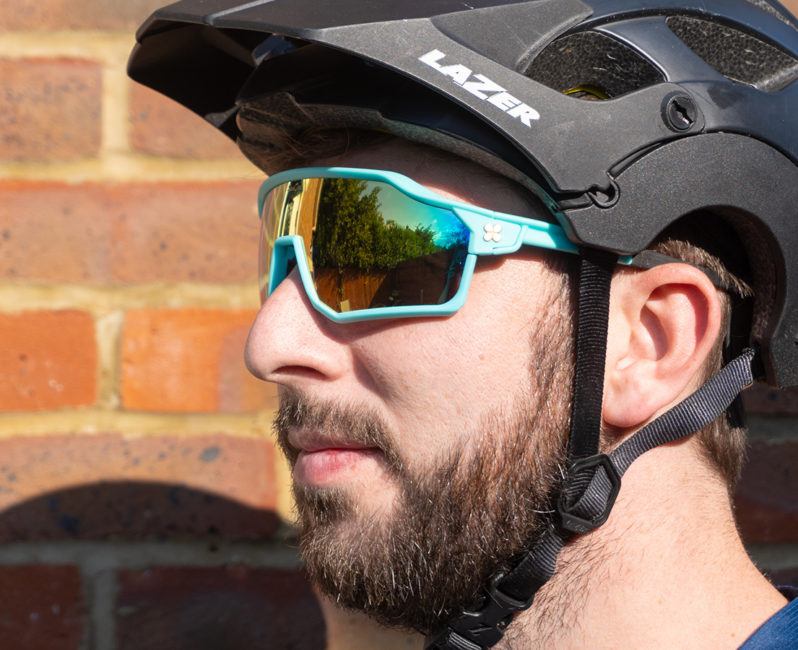 With the launch of SunGod’s new cycling specific glasses back in July, they offered us at ADVNTR.cc the opportunity to design our own custom pair to review. With ADVNTR.cc’s designer James Webber on the case, how did they do?

Known in the extreme sports with the likes of skiing, snowboarding and wakeboarding, SunGod have made a move into the cycling world with their performance ‘cycling specific’ glasses. They’ve got two models on offer, named Vulcans and Velans.

Now if you were to go by their lifestyle photography and choice of wording you’d probably think that these are designed purposefully for those who cruise the tarmac. However, we are after all a ‘gravel & adventure’ source, so let’s see how they fare off-road.

As previously mentioned, SunGod offered us the opportunity to choose our own colour way on their online glasses builder. The process of this was super easy, and it’s safe to say that as a designer I was like a kid in a sweet shop with over 4000 different variations at the touch of my fingers!

Both the Velans and Vulcans models come in full frame (FF) and half frame (TF) options, and you can also choose the half frame and buy a full frame conversion kit at a later date. After lots of deliberating I ended up going for a pair of minty green pair of Velans in the full frame option.

When the pair first arrived, I was blown away by the colour. There was no way anyone was going to miss me with these things on my face! When taking them out of the box (which was lovely in itself) I did worry they looked and felt somewhat plasticy, which was cause for concern as these retail at £140 ($185, €170). Depending on your custom options, including lens choice and half vs full frame, the Velans retail between £115-180 ($155-240, €140-215). 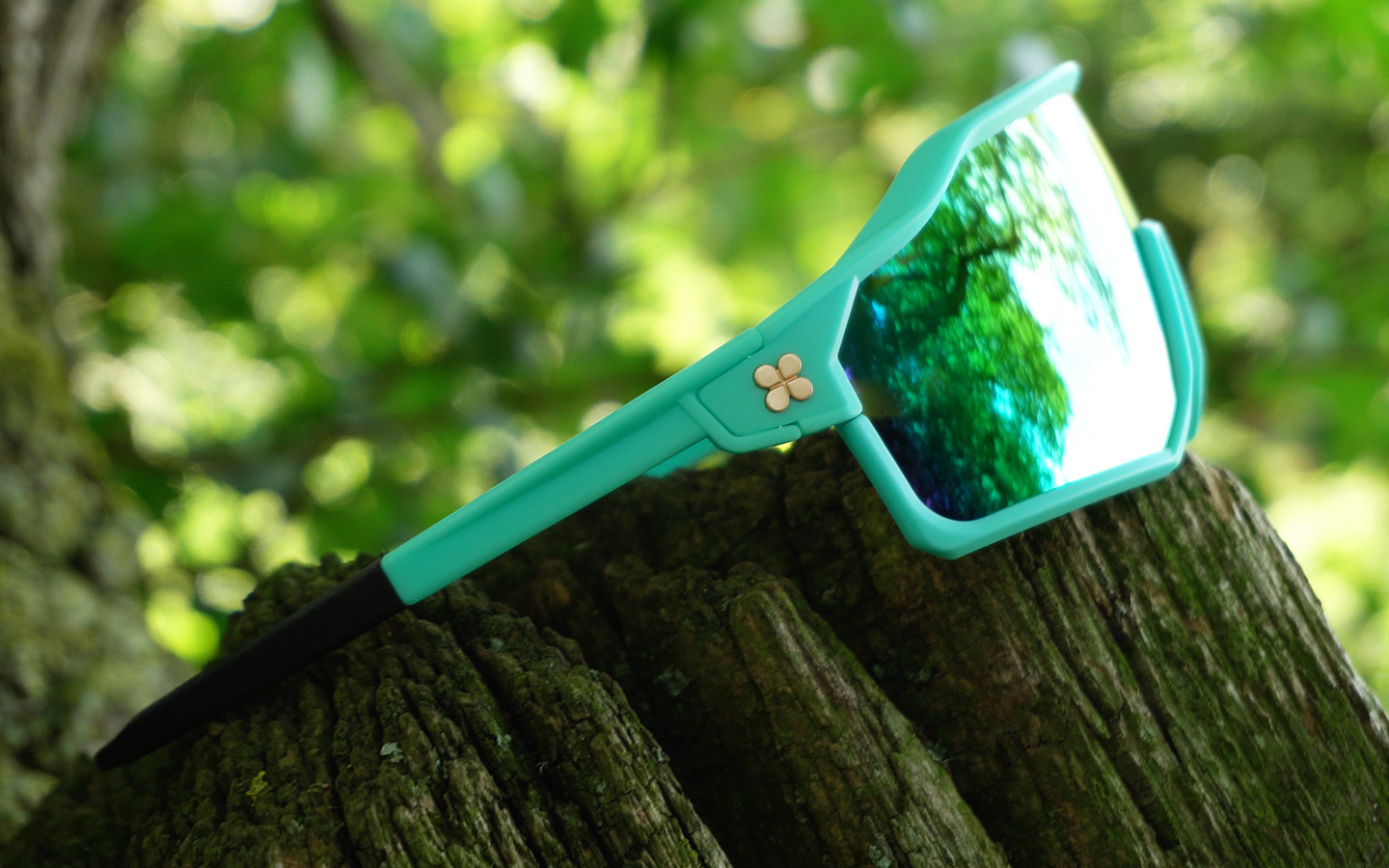 The glasses themselves look super slick with no screws whatsoever on show, as everything is held together using pop-lock hinges. This makes for a minimal look which I personally really like. Around the glasses there’s stylish little details like the brush-coloured emblem on either side of the arms, and small logo details on the inside of the arms and lenses. 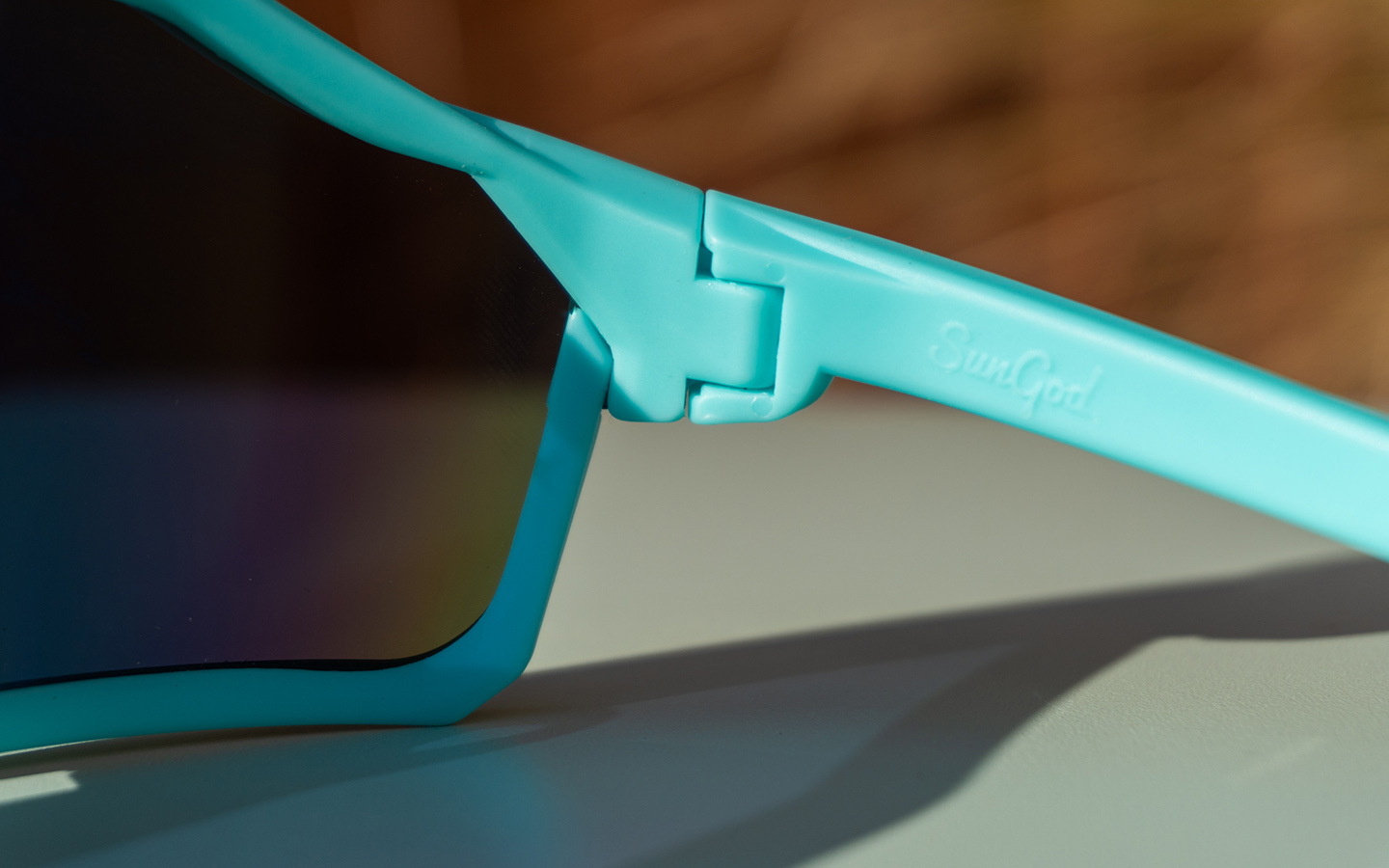 The glasses themselves come with four different sized nose pads to really help you get the optimum fit. Paired with the rubber ear socks, these make for a really comfortable and super grippy pair of riding glasses. 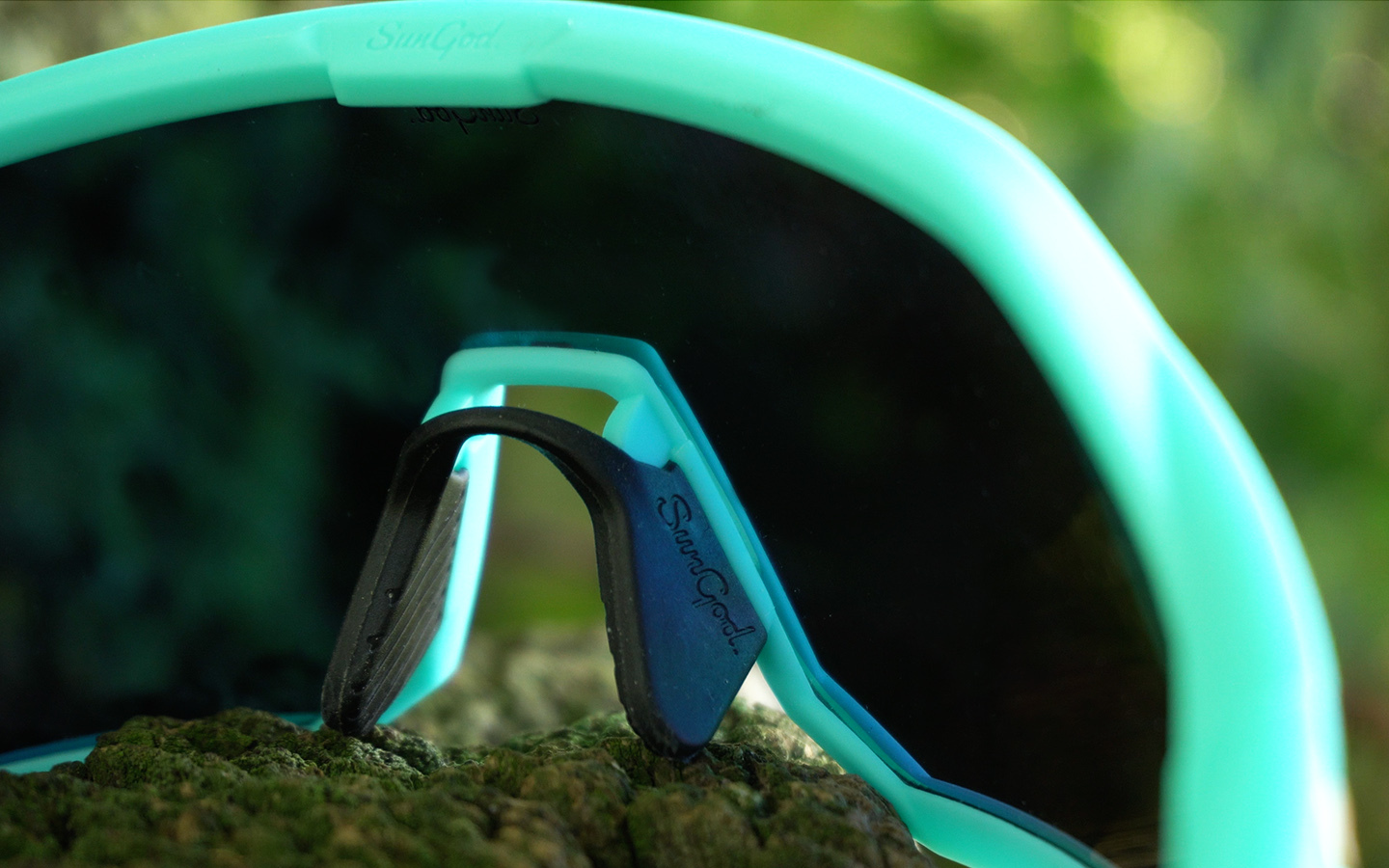 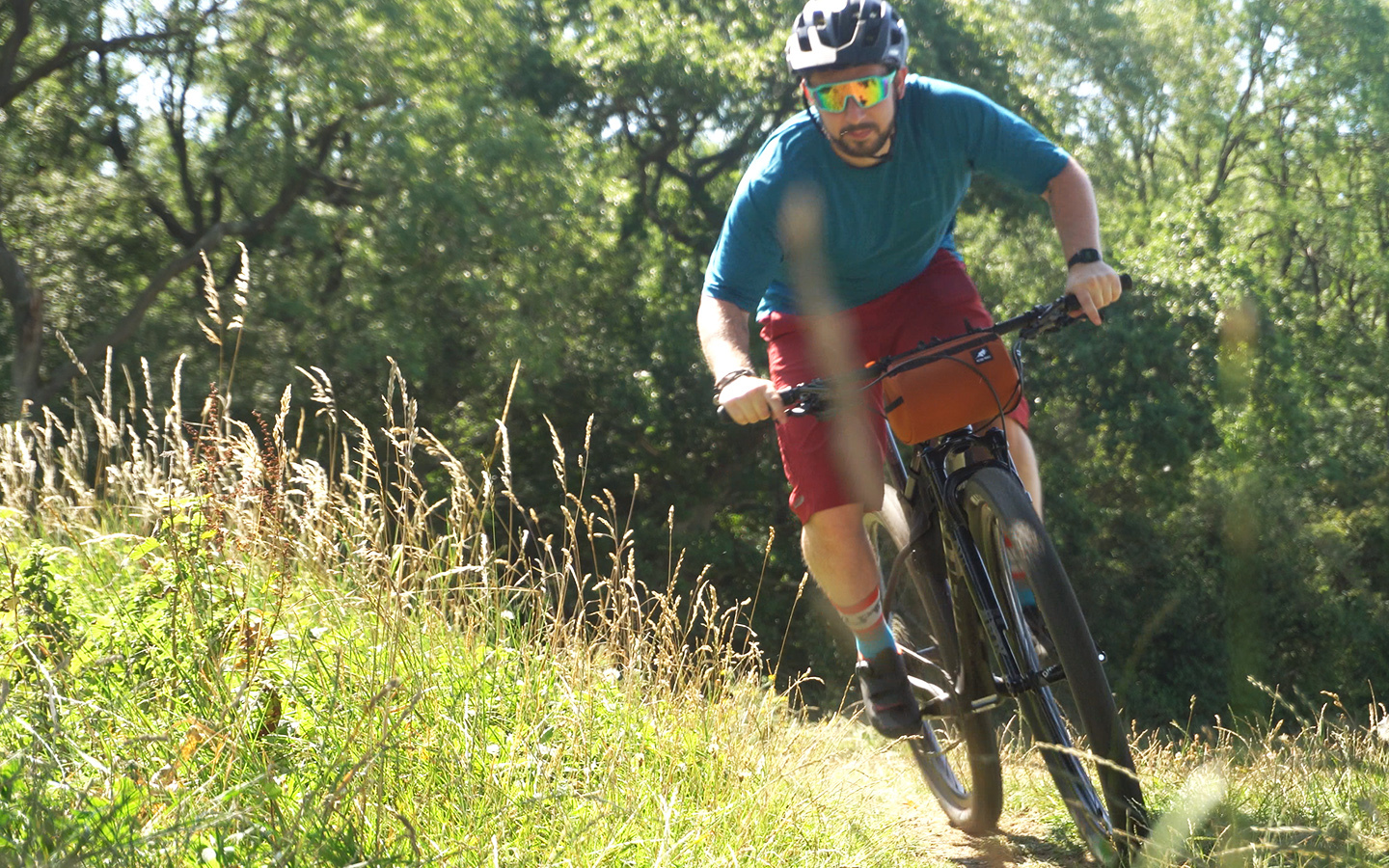 Even over rougher terrain, the glasses kept in place perfectly

On the bike, I barely remembered the glasses were on my face… they’re really lightweight. SunGod claims the glasses weigh in at 29g, which according to a Google search is about half the weight of a tennis ball.

This really does make for a comfortable yet sturdy pair of glasses, aided by the contact points on the nose and over the ears, meaning they’re really aren’t going anywhere fast. The glasses don’t sit flush against your face, but fit slightly proud allowing for good air flow and ventilation.

The field of vision through the new 8KO lenses is super wide and as a bonus, doesn’t have a frame in the centre to obstruct part of your view. The only part I could really see when wearing the glasses was a slight part of the bottom of the frames but that truly was it.

After much deliberation between lens colour choice I eventually opted for the Gold 8KO lens which offers 100% UV protection. When popping them on, this give a blue hue to your vision which softens any bright sunshine. The clarity of the lens is sharp, meaning there is no glare with these lenses. Time will also tell if they are truly scratch resistant too.

SunGod have really excelled with their new cycling specific glasses. Although my first impressions out of the box were a bit shaky, they’ve proven me wrong and will remain a bit a kit I never leave on a ride without. Admittedly the Velans glasses are on the expensive side of things, but after a fair bit of summer riding, they’re really are proving their worth. 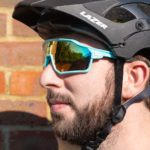 Fully customisable, great looking glasses that feel better on the bike than first impressions might suggest

Have you ever seen a more gorgeous workshop than at templecycles in Bristol? The team have just finished building an Adventure Disc ready for us at ADVNTR to give a whirl.
#templecycles #ADVNTR #bikepacking #gravel ...

lookcycle have just released their first flat pedals, with models for trail and city riding. Do you ever use flat pedals for gravel riding or bikepacking?⁠
#ADVNTR ...