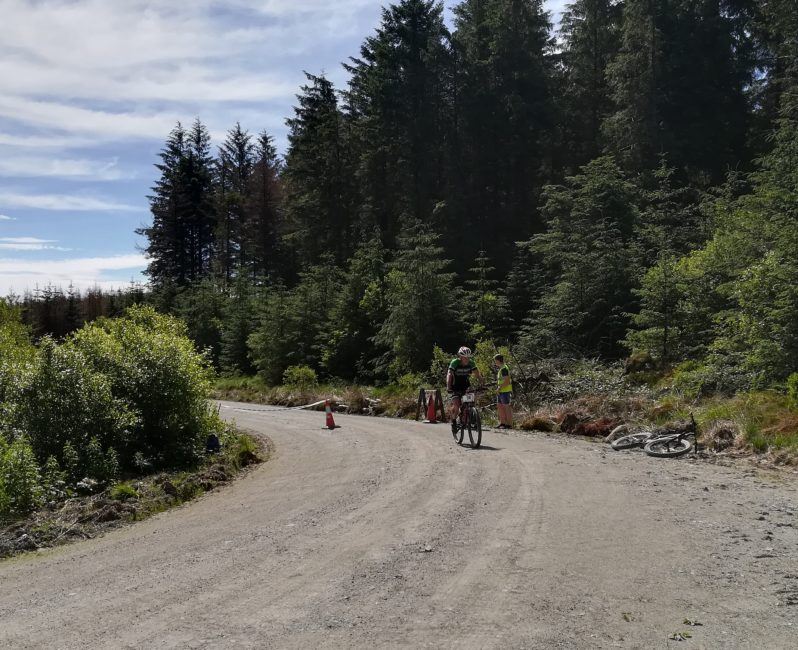 Gritfest 2018 was a two day, stage race. Headquarters was in an out of the way hamlet near Llandovery, nestling at the foot of a range of hills.

When we arrived on Friday afternoon there wasn’t a cloud in the sky. It was very warm and very still. Against a backdrop of sheep gently bleating in the background, swallows and house martins were darting about. Their prey…millions of midges (not the biting sort), clouded the sky.

Although we were far from early, after six hours driving, the designated camping area was only sparsely populated. We headed for the quiet area, set up camp and headed for a beer and the sign on.

Beer in hand, we bumped into one of ADVNTR’s regular contributors (Cheshire Cat). A very pleasant and laid back evening ensued but before long, conscious of the effort needed on Saturday morning we headed for our tents.

Saturday morning was a hive of activity. Up early, we still managed to be in a rush as 10.00am approached. Richard was still pumping up his tyres as the first riders rolled out. 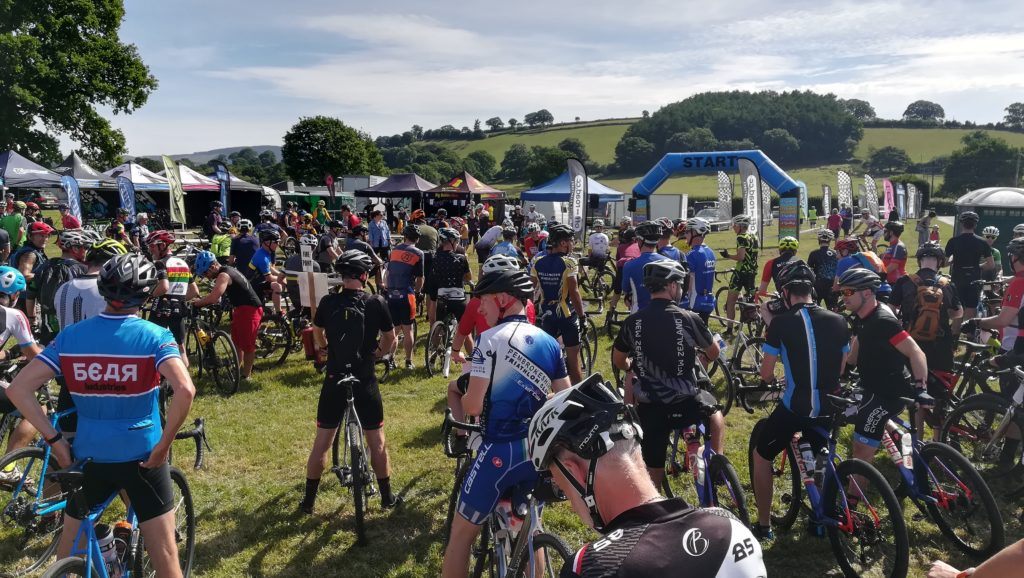 The format for this race is a well tried and tested one. Apart from, timed, special sections, you could roll around the course at your own pace. The special sections therefore were effectively a series of mini time trials. Only the timed sections count towards your placing.

All of the special sections were off road. The organisers had designated them ‘Climbs’, ‘Undulating’ and ‘Descents’. 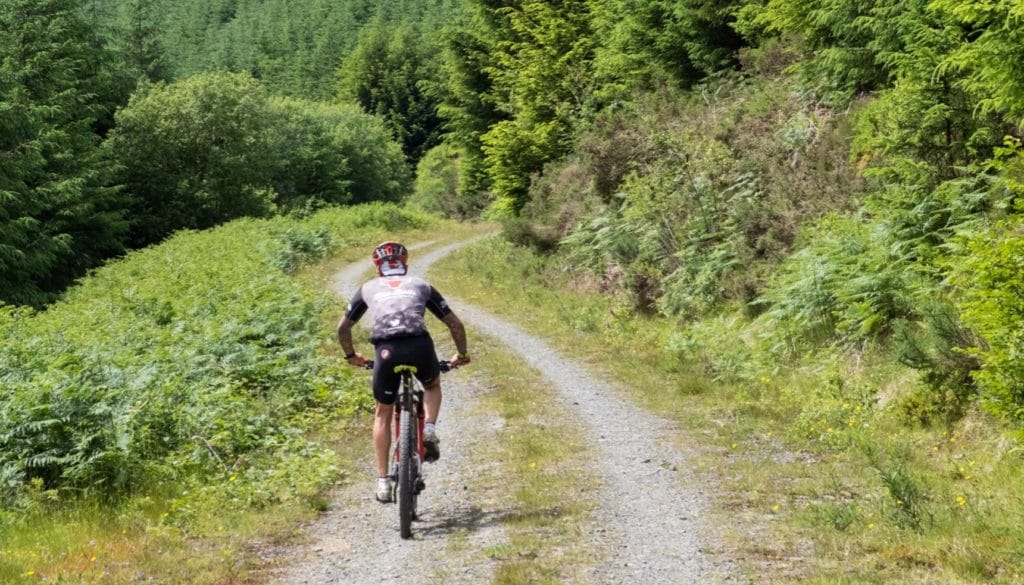 For a couple of ageing flatlanders, the sheer amount of climbing was a bit of a culture shock. Fortunately, we didn’t embarrass ourselves. Well, not until the descents, where (in my case) everyone and their dog seemed to pass me!

In the last fifteen miles, I fell victim to the heat and the last, long, climb became a walk! Once my heart rate had calmed down I was off again. Glad to finish, I headed straight for the bar for some rather excellent beer. 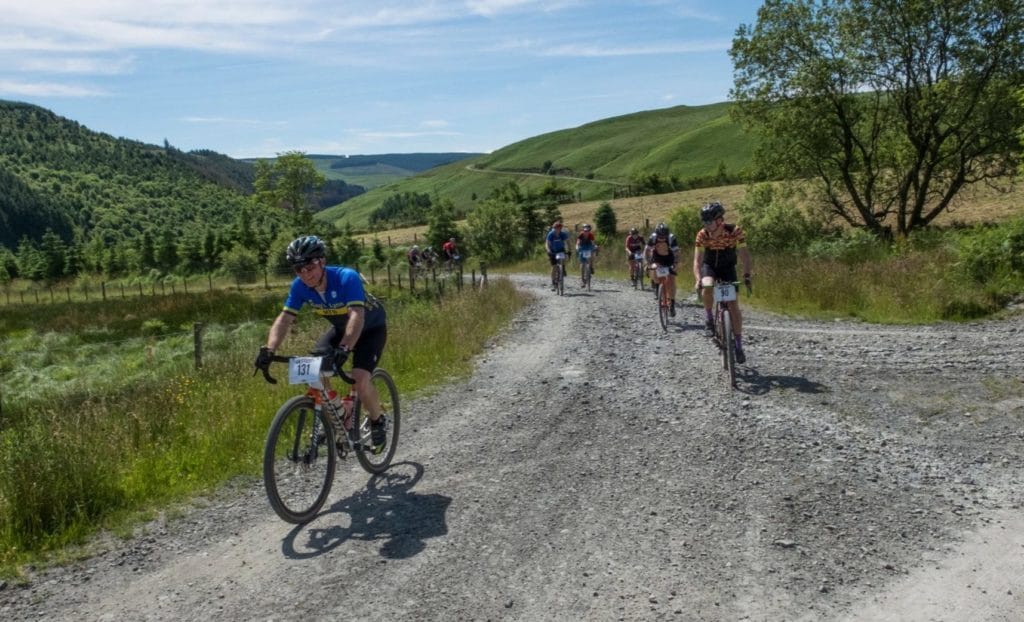 A big day of climbing in spectacular scenery. Even the super quick men had left their ‘grrr’ at home and there was none of that unnecessary aggression you find in XC mountain bike races. What could be better?

Day two was shorter. Twenty five miles as opposed to fifty five the day before. After the roll out, the first stage was a monster climb. Immediately after this, was a super quick descent which had me chickening out again. The feed climb was followed by an amble through some of the most spectacular scenery I have ever had the pleasure to ride through. The end came too quickly and all too soon it was over. 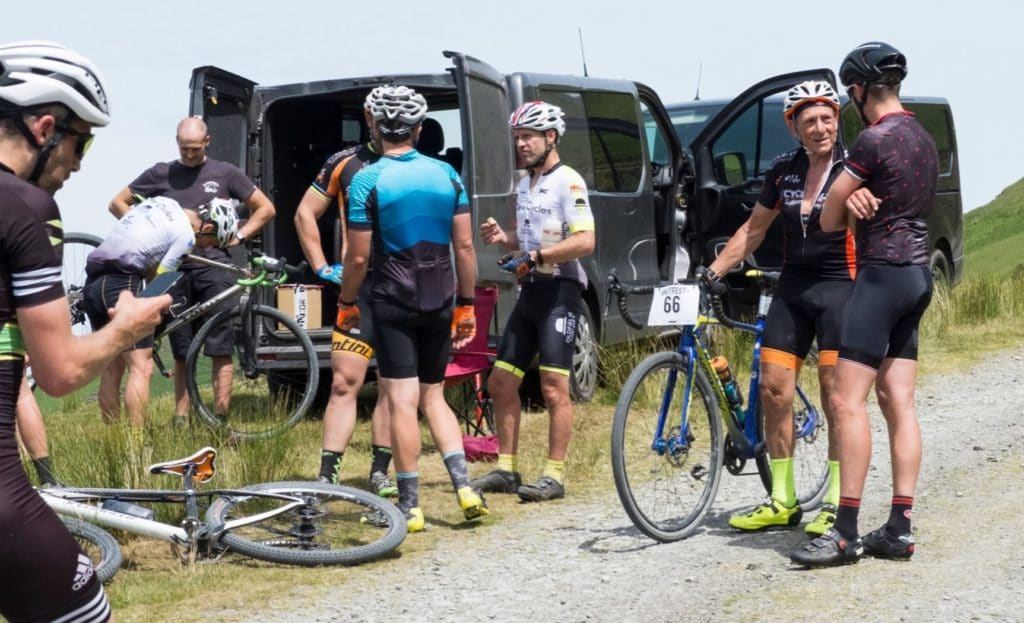 I really enjoyed this event. The organisation was slick yet unobtrusive. The venue itself was excellent (particularly Gilly’s coffee!) and the routes were awesome. Apart from one or two technical sections, it was all well within the compass of an averagely competent rider. There was no pressure to do anything other than at your own speed which was a relief!

Gravel bikes and XC mountain bikes are fine for this event. Each have their own advantages. Kudos to the guys riding fatbikes! 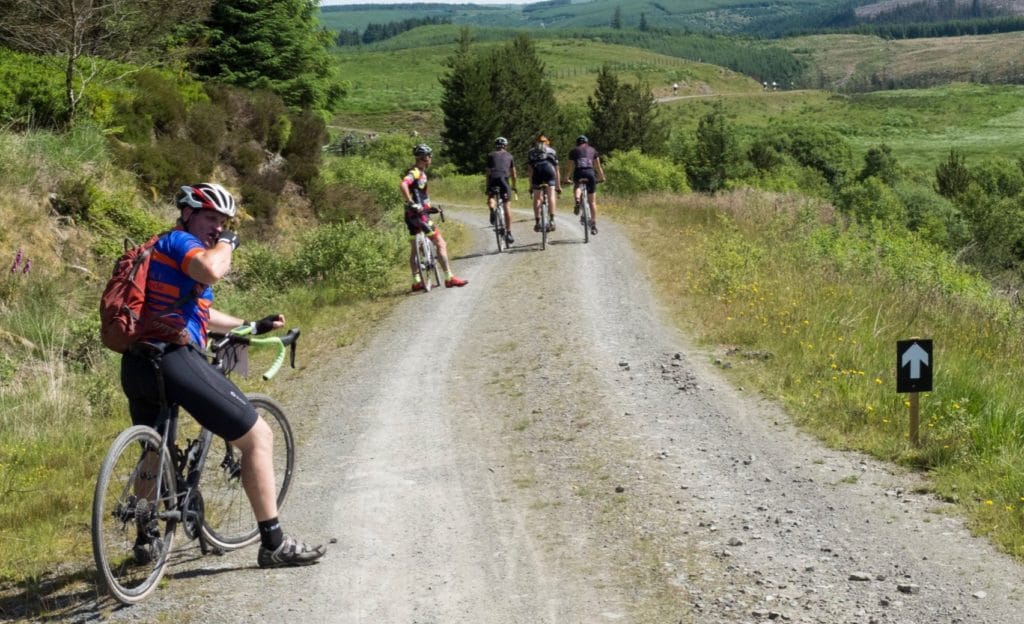 This was unquestionably, the most fun event I have taken part in for years. It was also the most challenging on my fitness!

The trade village and food stalls were spot on. They were there, but they didn’t overwhelm the space they took up. The Saturday night band were pretty good too! 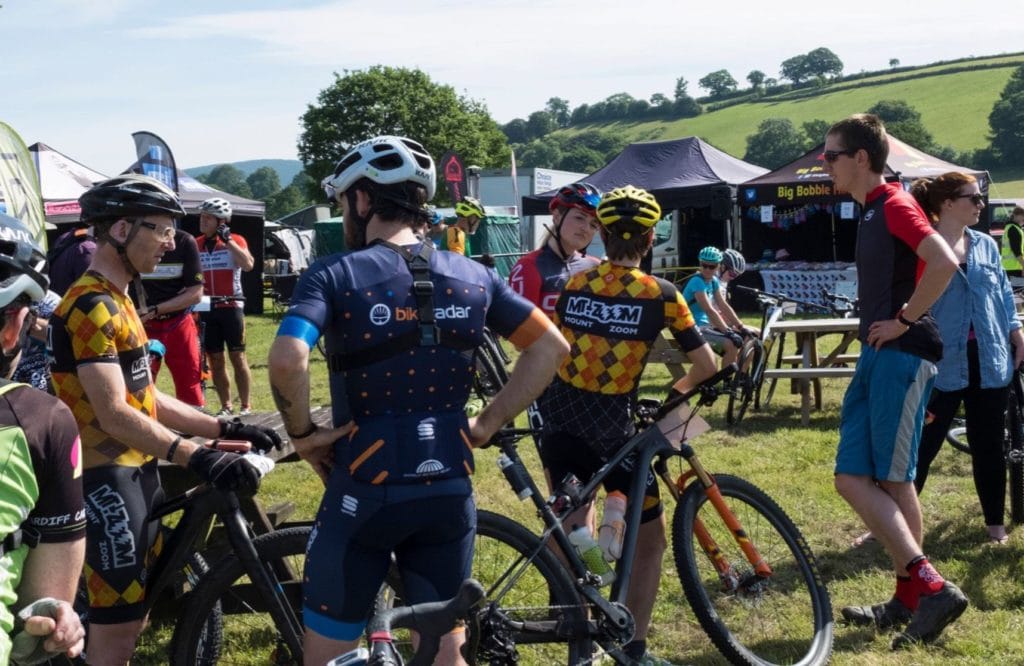 This was a weekend pass well spent!

I wouldn’t be surprised if you found this race right up there on the ‘must do’ bucket list of UK gravel racing. I think I’ll be back!