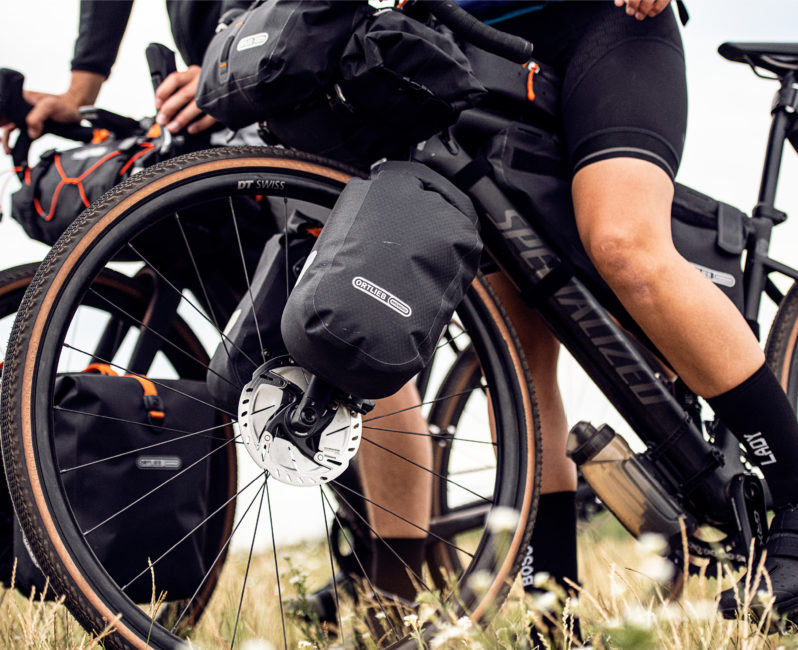 Okay, do we already sound like we’re biased? Maybe. Have we been running these bags for years through very British conditions, yes, yes we have.

Waterproof bikepacking bags are critical for riding in Europe, and with a long heritage in traditional panniers and waterproofing technology, German-based brand Ortlieb were able to quickly establish themselves among the leaders in the bikepacking bag market. A couple of years later, they’re revamping the whole range with some minor, but really clever changes, as well and introducing some totally new options.

Here’s what you can expect from the new wave of Ortlieb bikepacking bags.

More than a change of pantone

Okay, so you’ll notice to start that the whole range is now changing from dark grey/orange to black/orange. That’s where the aesthetic modifications end.

One of the best features on the Ortlieb seat packs is the one-way air valve which helps you to squeeze out as much air as possible as you compress the bag to close. You’ll now find this feature on the handlebar roll, too (RRP £105/£115). 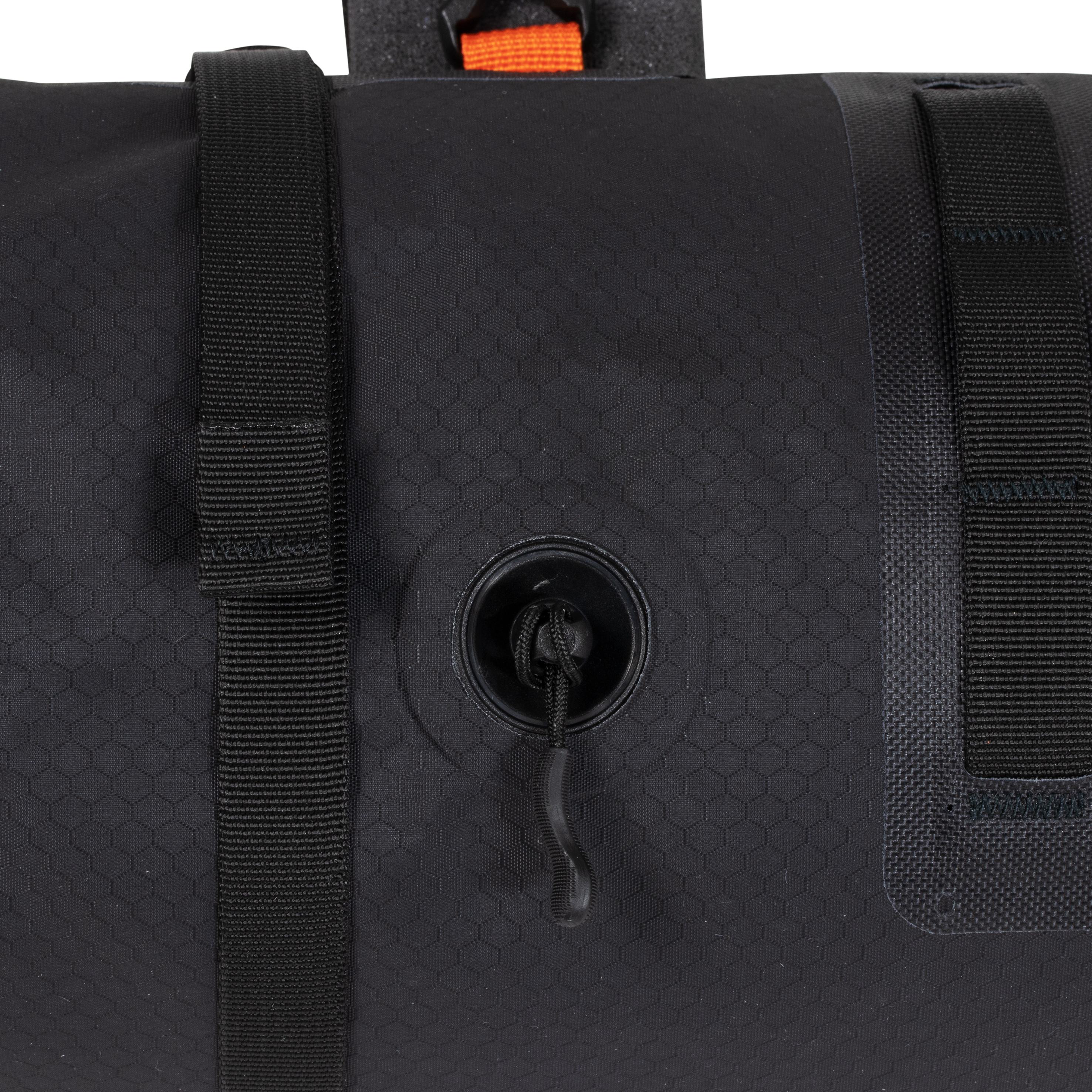 We’re told that the new frame bags have an updated zip, and the buckles on the bags have been changed to non-slip models, which look a bit more sophisticated and secure than the former hook and loop system. 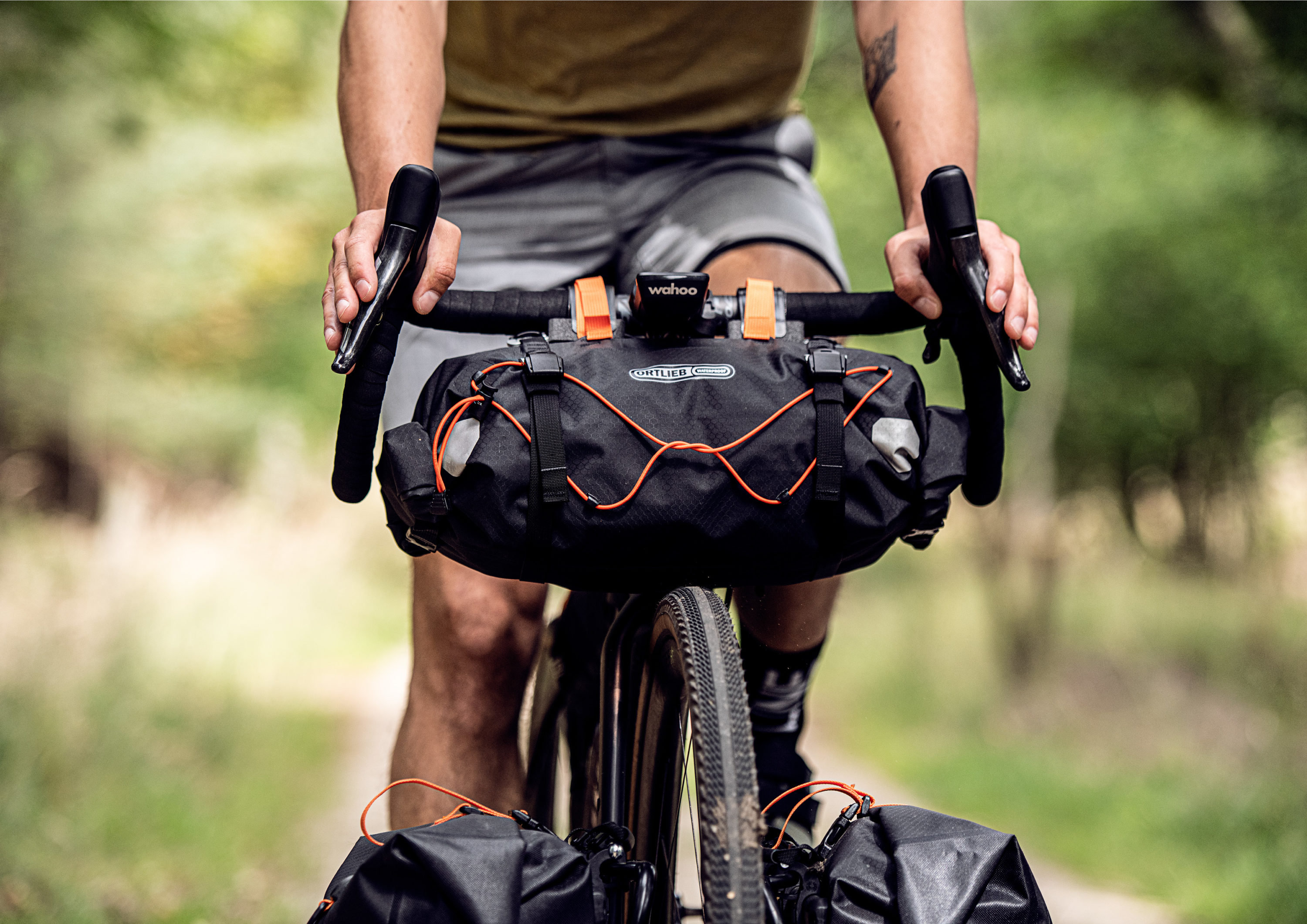 Buckles and zips get an update in the new range

If you have less seatpost to work with or generally prefer a smaller capacity seat pack, you’ll be glad to hear that Ortlieb have added their ace bungee straps to the medium seatpost bag (RRP £125), as well as on the large model (RRP £135). We’re pretty pleased to hear this, as it was one of our only gripes with the medium seat pack we had on test. 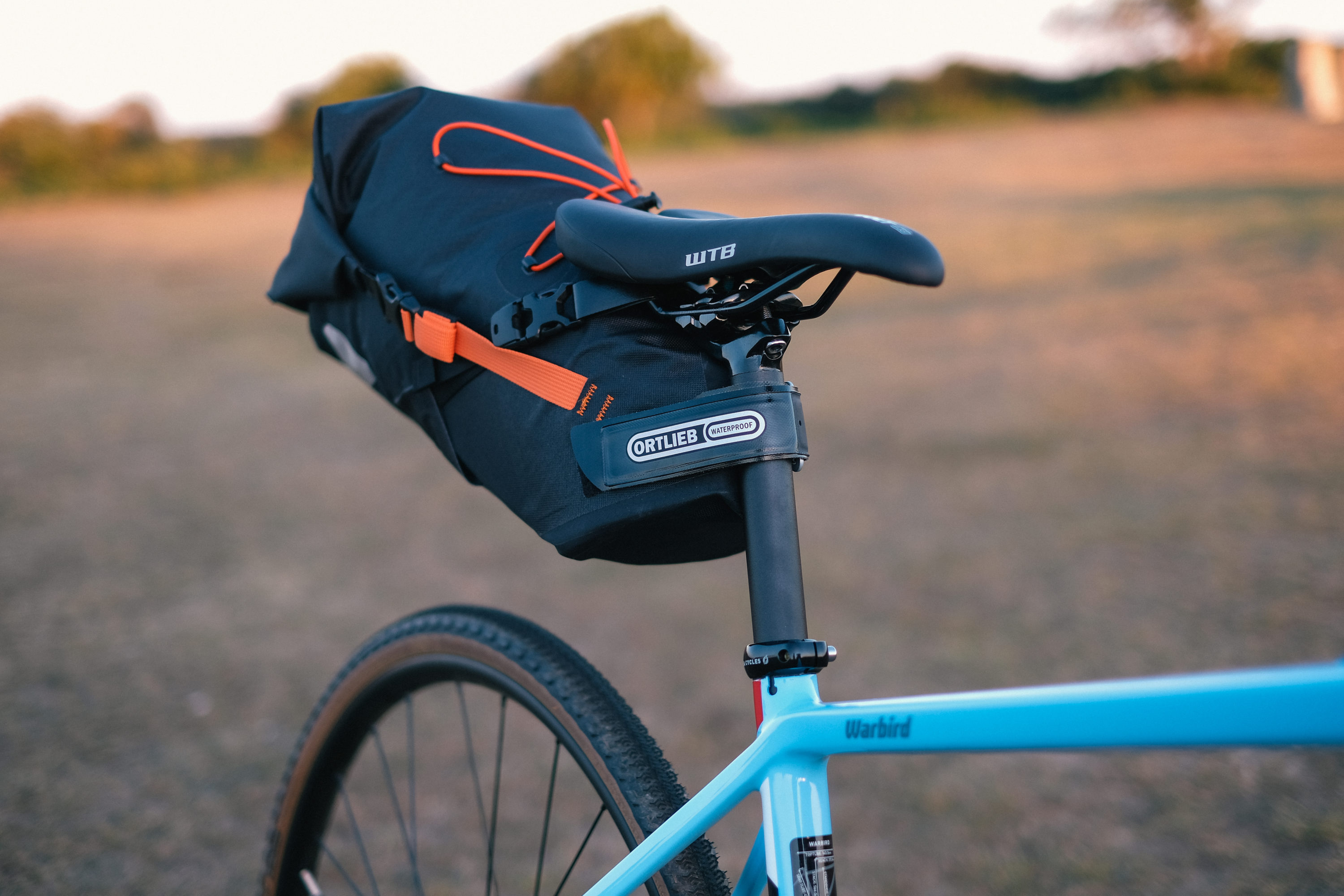 Enough of the updates, what’s brand new? It’s unsurprising that Ortlieb have developed some fork-mounted packs (RRP £50), as they seem to be the latest trend in bikepacking. These are more streamline than front panniers or Ortlieb’s Gravel Packs (RRP £115 pair), but at 3.2L capacity each, still yield plenty of space for extra layers, cooking equipment or food. These include their proprietary quick-release fork mounts, but you will need mounting points on your forks to use these. 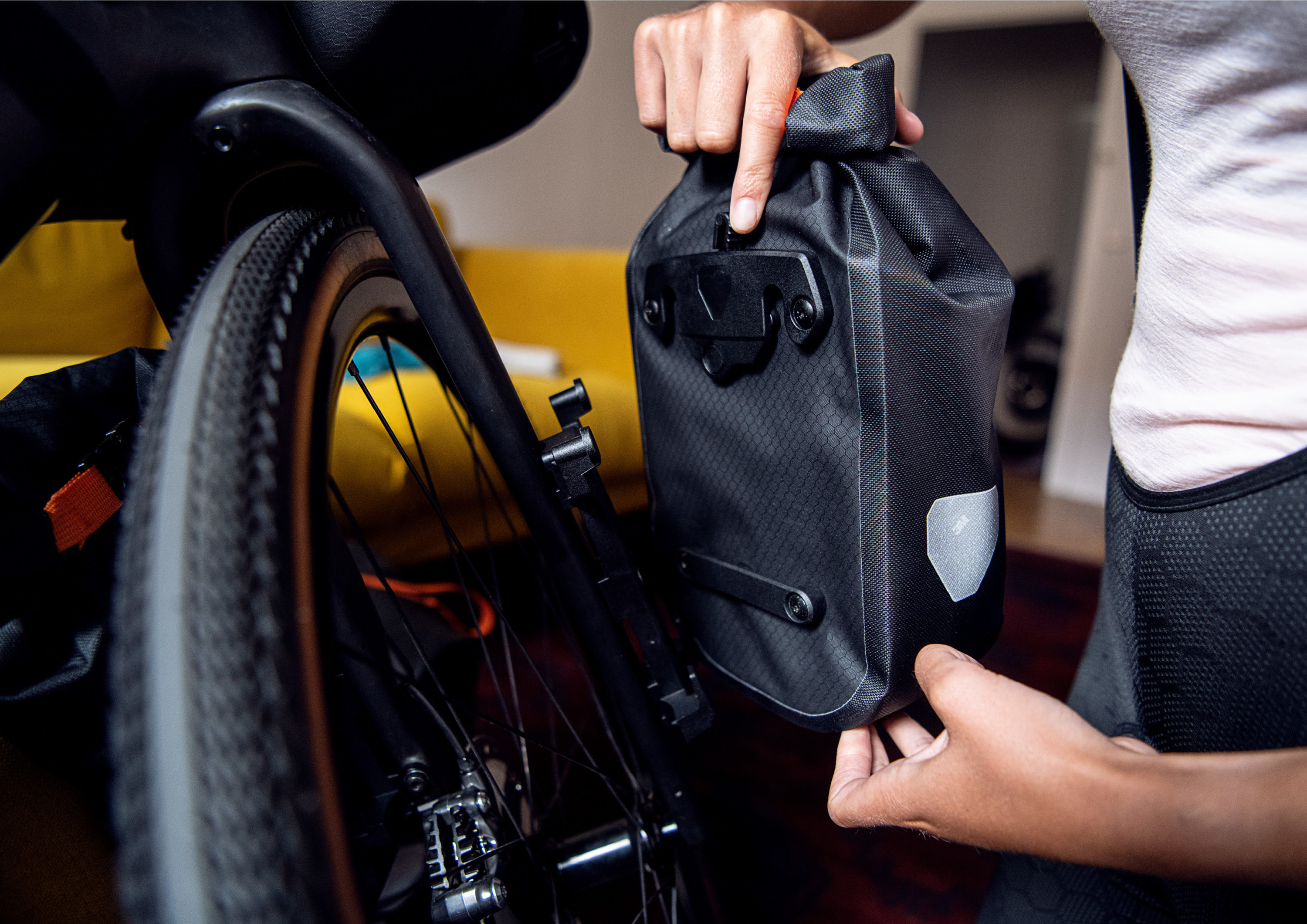 The new fork packs attach via a secure, quick-release bracket rather than a cage

As if their choice of zipped frame bags in three different sizes wasn’t enough, Ortlieb will be offering roll-top frame bags from the start of next year (RRP £100-120). This is a curious one; usually riders prefer to avoid zips for fear of breaking or their (lack of) waterproof quality. We’re certainly looking forward to trying these and deciding for ourselves which is best. The full framepacks are available in both 4L and 6L capacity, as well as a half-frame bag which runs along the top tube and leaves space below for bottles on the frame. 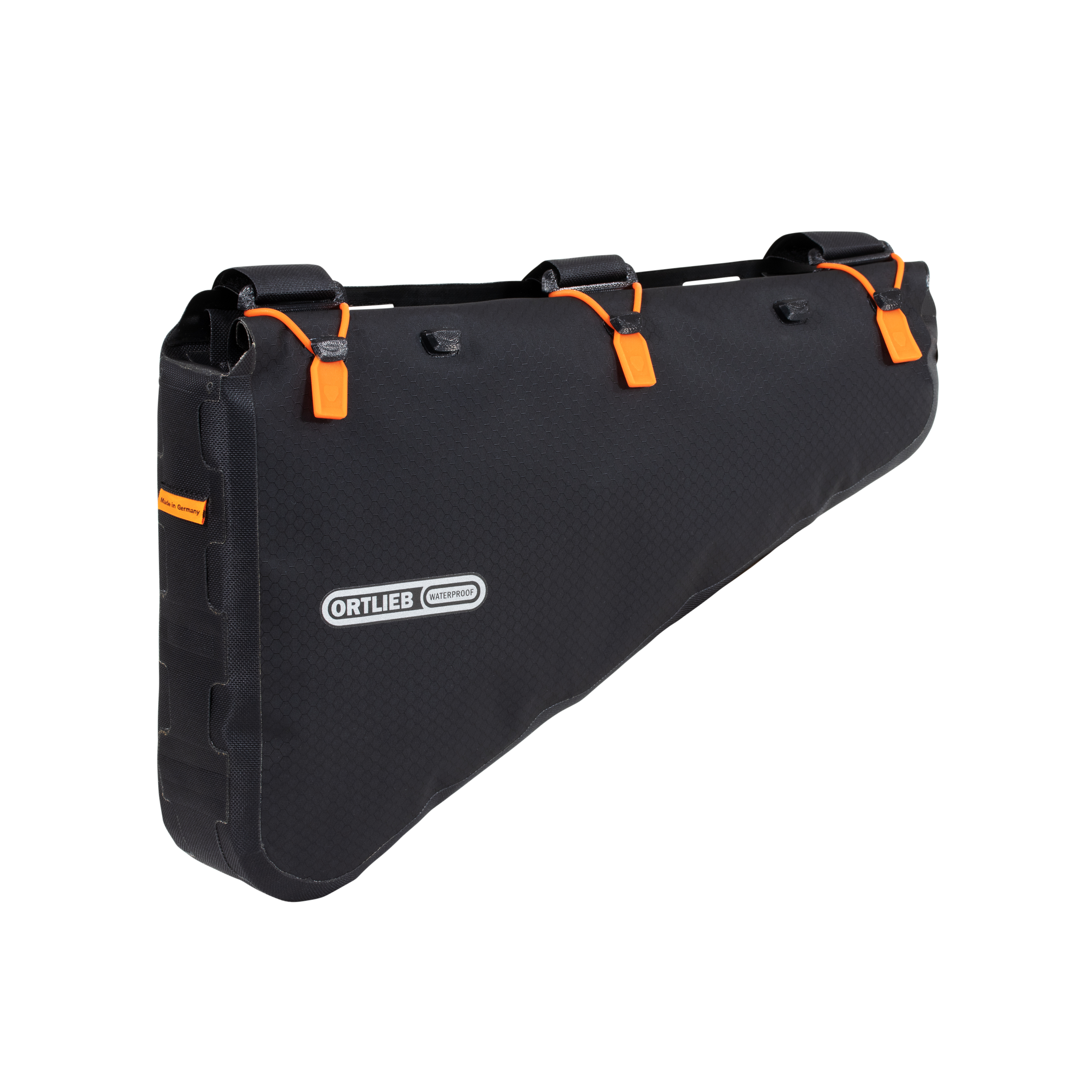 Finally, if you’re into the idea of the fork packs, you can also pick these up in bright red from next year. 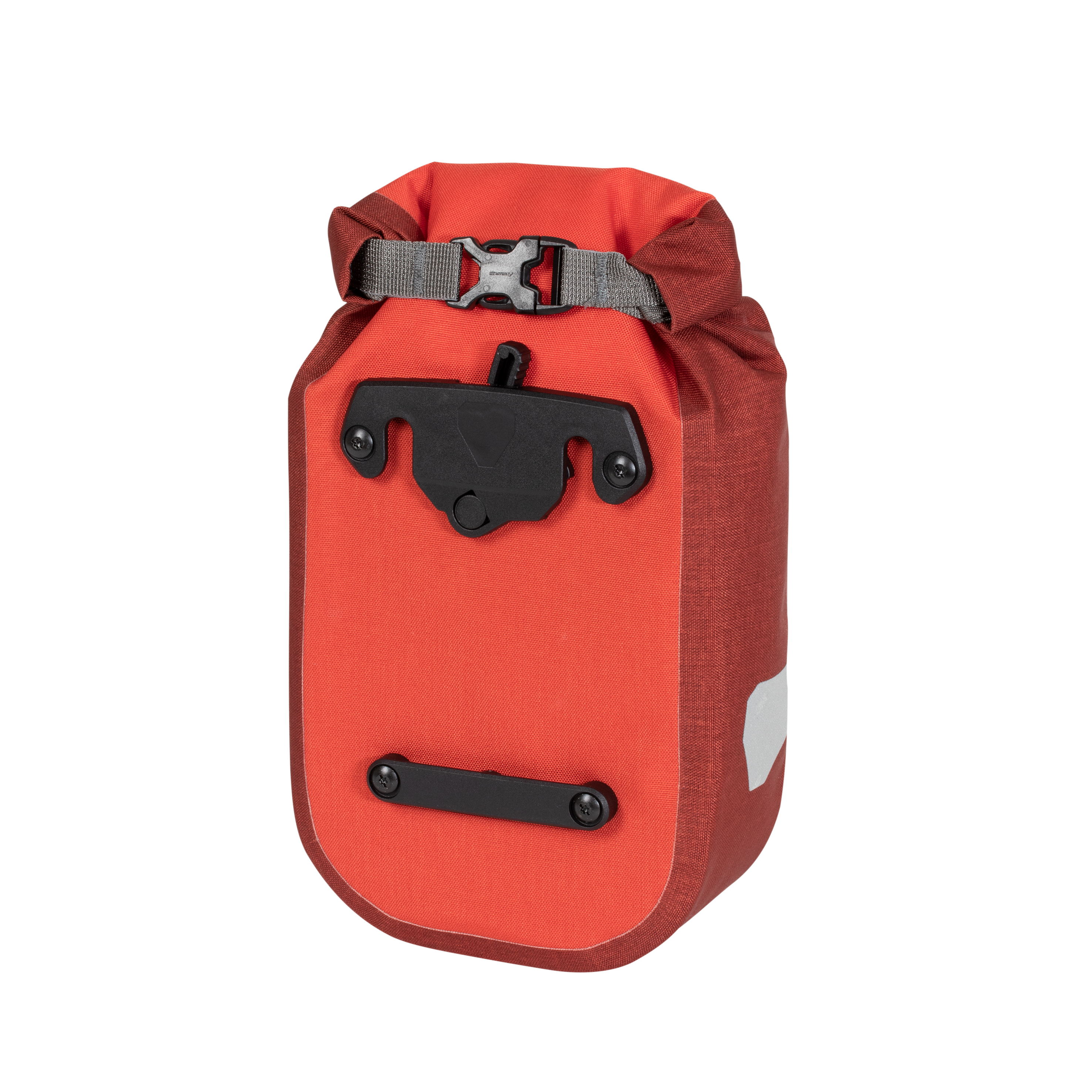 The red packs will be available in 2021

So in short, Ortlieb are taking their best features from the existing range and applying them to more models, and upgrading a few fixings. Then they’re adding some new lines in response to market trends.

Ortlieb bikepacking bags have never been cheap, but having run these for few years between us, we can certainly attest to their quality, and we’re intrigued to put a few through their paces.