20th September 2017 / Comments Off on Jumping on the Gravel Bandwagon

Jumping on the Gravel Bandwagon 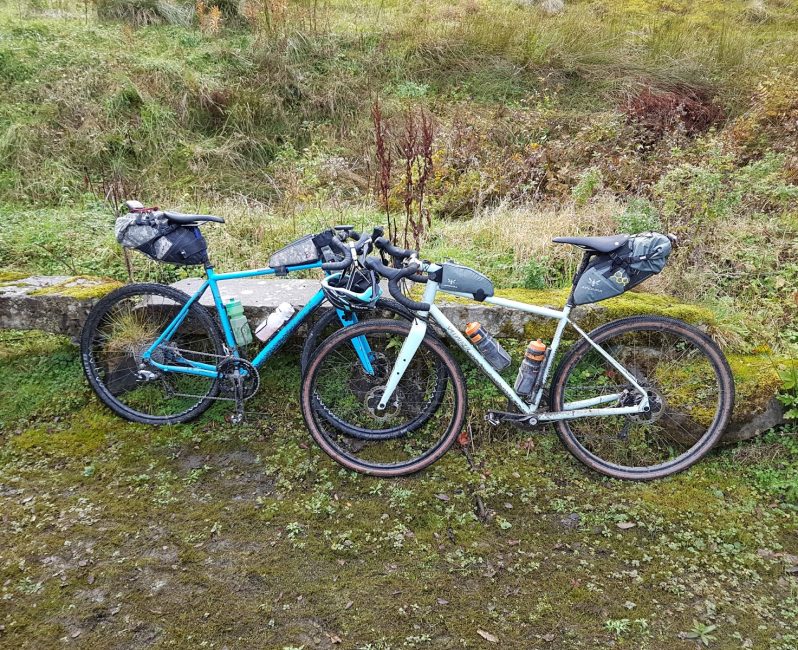 I’ll be the first to admit I love a good niche. Fatbikes, yep had a few. Plus bikes, yep, had one. Alt-bars, yeah, use those, and so on. Gravel bikes (All-road, Adventure-road, etc) are currently all the rage, so there was little chance I was going to let this one go by…

I’d managed to resist buying a Gravel bike, mainly as the focus of a my attention (and wallet!) for the last 12 months had been the Tour Divide. My first Gravel event was the inaugural Dirty Reiver: DR200 #notarace which was a good opportunity to try out my Tour Divide bike on a decent length ride in some hills. The next time around I swore I’d be on a 700 x 40c rather than 700 x 65c bike!

An opportunity arose when James of this very parish decided to treat himself to a new Specialized Sequoia which at the time was putting the various media channels into a frenzy which meant his trusty Arkose 4 was up for grabs.

I’ll be the first to admit I had trouble getting excited about the Arkose, the general picture painted online was of it being competent, steady, reliable, you know, just a bit… boring. Still, it seemed a good deal and the 105 Hydro groupset might lend itself to a transplant onto a more exciting frame later on.

Our first ride out together was 100k around Cambridgeshire on a mixed-route devised by James and I was hooked.

Off to The Reiver

James had seen my pretty pictures from the DR200 and we’re always looking for an excuse to pack the van and go somewhere new so we decided that the Gravel Rocks DR200 training weekend would be worth an outing.

Having been held in October 2016 it’s too long ago to go into detail but it was a fun packed weekend, the opportunity to ride with Mike Hall, and listen to his excellent talk being all the more poignant now. The scenery and terrain in Kielder Forest having as close an “out there” TD feel as I was going to get in a brief weekend away from Suffolk!

The DR200 itself, in the subsequent April was a hard, but rewarding outing. Yeah, it’s #notarace but nobody was really hanging about. I must admit to not having put in as much training as I had for the previous year so I was happy being within 20 minutes of my 2016 time. Riding the Arkose on 40c Nanos vs my TD set-up I should have been quicker but hey, that’s the price of taking it easy!