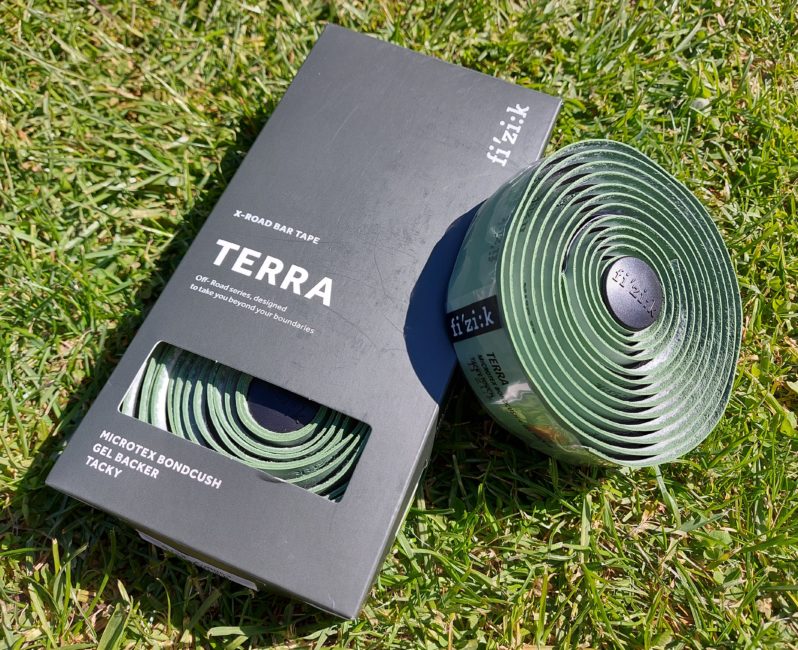 With the Covid-19 restricting big rides, take advantage of the good weather and give your bike some  long overdue TLC. Handlebar tape is a crucial contact point but often suffers from cost-cutting on new bikes. Follow any bike mechanic on instagram and before long an image tagged #bikeshophorrors crops up showing the grim evidence of sweaty hands!

You expect a funky product with a name like Fizik Terra Microtex Bondcush Tacky. Fizik explain the lengthy name like so. Terra means it’s tape for off-road drop bars. Bondcush is the name for the cushioned padding bonded to the outer layer. Finally we are left with Tacky, not because of any garish colours but because the Microtex outer layer is grippy. Speaking of colours, the Terra tape is available in six colours, including black so you’ll find a shade to suit whatever you ride. The Challenger Tank green of our test tape is ‘green blue’ apparently. With a retail price of £31.99 it’s clearly at the upper end of the scale so it had better be good!

When fitting the Fizik Terra tape you have a couple of options. The tape has both recessed logos and black printed logos on it. I opted for the more subtle recessed branding. While the tape does have a pull-off backing strip, the adhesive is actually a silicone strip rather than actual glue. Getting started is tricky but with a couple of decent wraps it holds solid. It also has the advantage of allowing you to reposition the tape without losing grip when you are eventually happy.

Ah, repositioning tape. I’m happy to confess that I’m not a natural when it comes to wrapping tape. In fact I gave the Fi’zi:k how-to video a few watches before starting. Naturally the pro in the video can slap on tape perfectly while simultaneously completing The Times crossword. I found the Fizik Terra tape a real mission to fit and was saved numerous times by the gel-backing. But, and it’s a big but, when I had eventually finished I was very happy with the result.

While the lack of stretch in the tape made it tricky to wrap neatly around the curves it paid dividends elsewhere. The tape’s strength meant that I could pull it really tight without the tape thinning-out and looking uneven or bumpy. Additional bonus points go to Fi’zi:k for supplying finishing tape that was actually capable of sticking to itself. 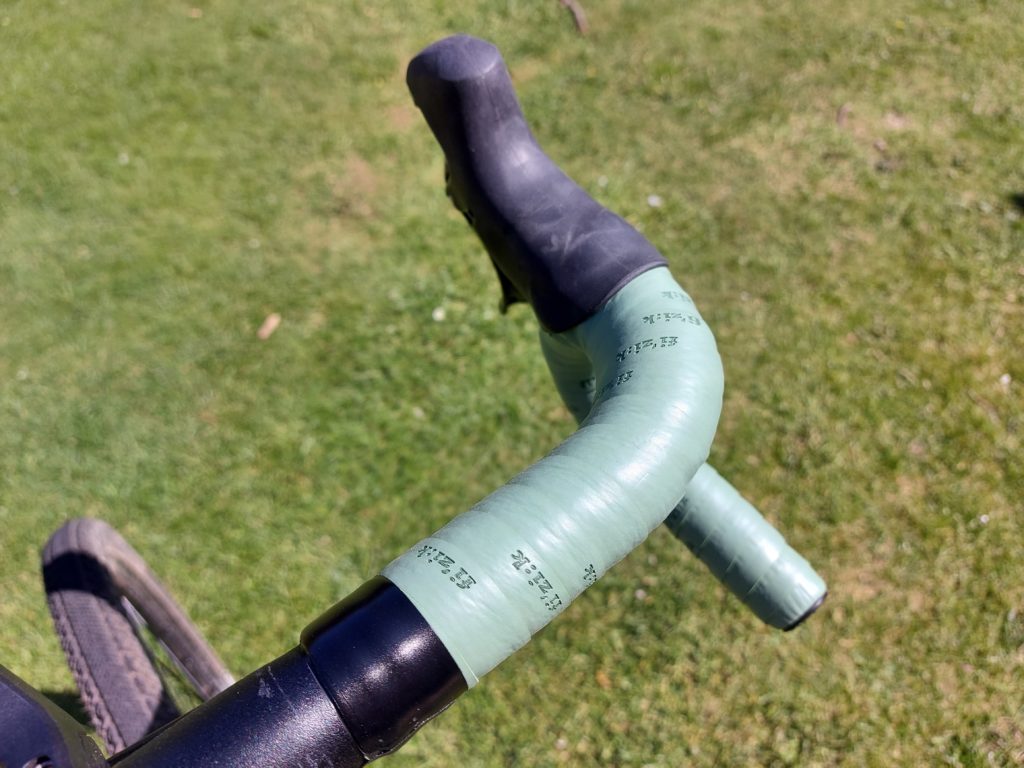 It had us in the first half, not gonna lie!

There’s no doubting that Fizik’s Terra tape is both an expensive option and tricky to fit. It does however reward those with patience by being supremely grippy and comfortable. At 3mm thick it’s Fizik’s thickest tape but doesn’t feel bulky like some.

My only real complaint is that there aren’t enough logos on the tape. Not because I want to broadcast that I’ve got flash bartape, but because the random spacing looks a bit uneven! If you’re champing at the bit to get out, rest a while and treat yourself to some Terra tape. It’ll be perfect for those long hot summer rides we’re all looking forward to! 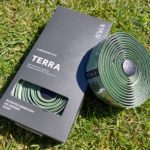 What is the length of it?