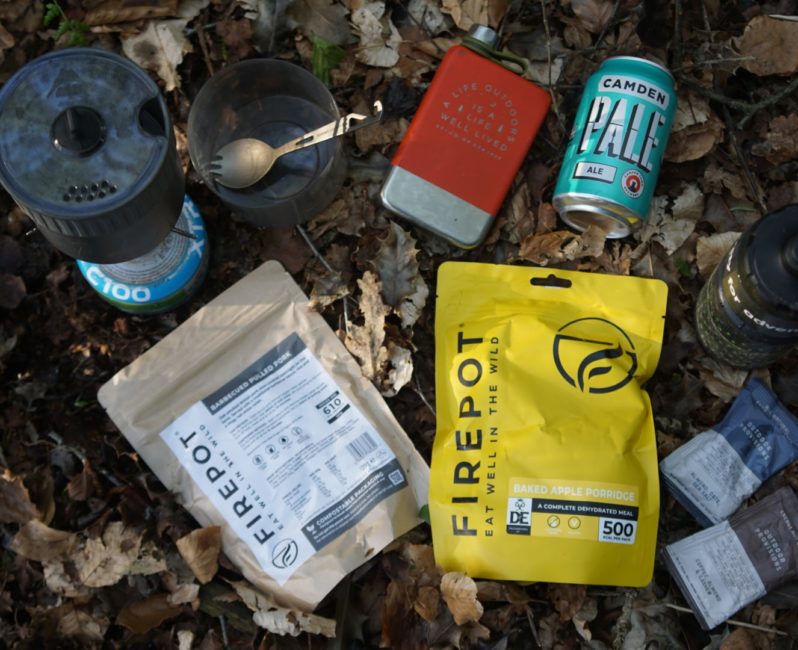 When we asked you what you wanted to see more of on ADVNTR, options for bikepacking meals was a popular suggestion. With the bright yellow packets of Firepot Food becoming more and more visible across not only cycling but also in other adventure sports, as well as their location in Dorset, we had to try and few and find out more about this exciting local business.

Conceived over the kitchen stove by founder and adventurer John Fisher some five years ago, Firepot Food now fills a roomy Dorset stone barn, with plans to grow. Eager uptake from British outdoor businesses, the continent and major US retailers REI have left the team busier than ever, yet upon visiting their Bridport-based facility, I didn’t find what I expected at all. 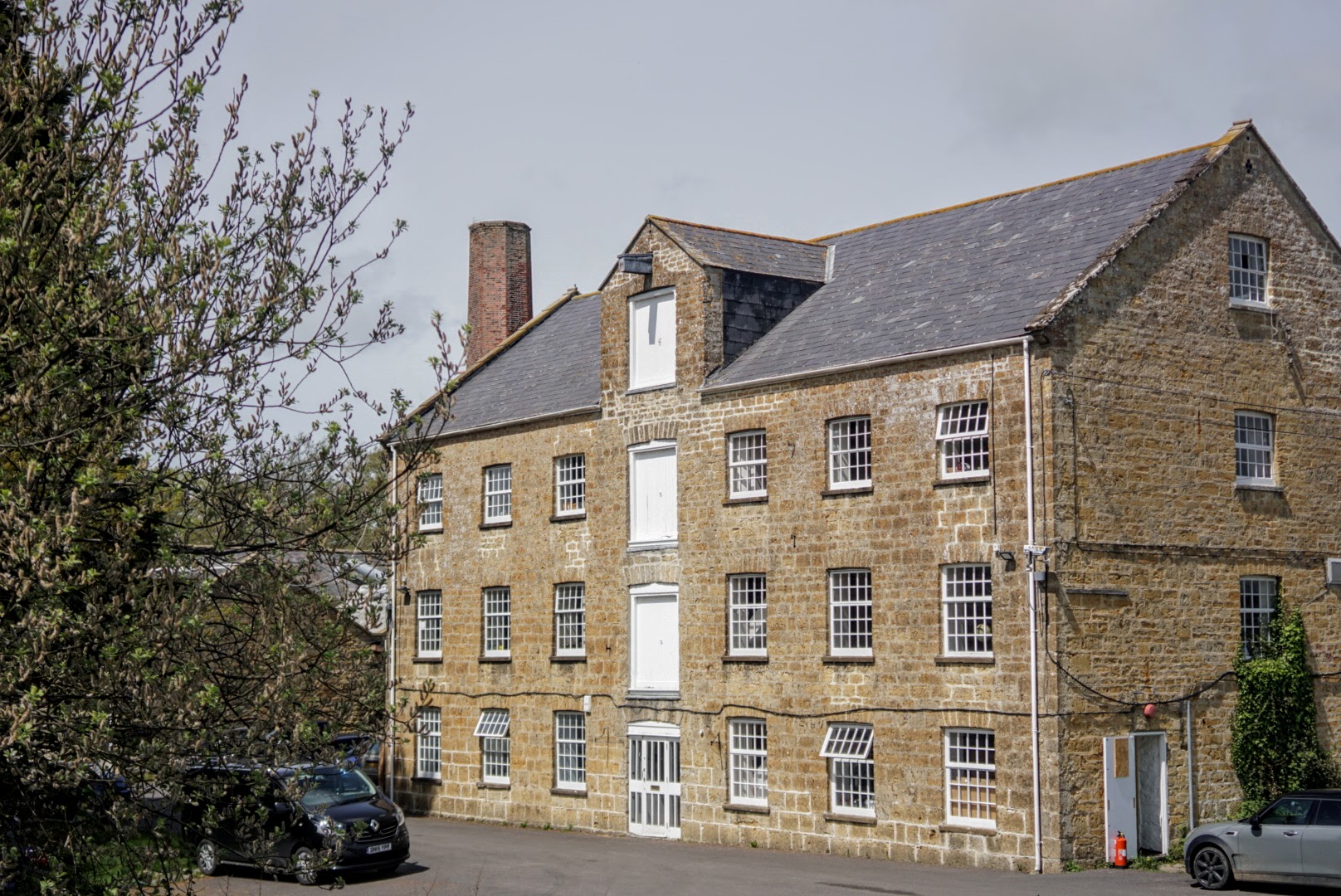 Firepot Food HQ couldn’t be more idyllic if it tried

Firepot, as it is today, is a curious mix of home cooking and large-scale production. The kitchen is fairly typical of what you’d find at any caterers or restaurant, no larger than a decent pub kitchen, with four or so chefs at work. Unlike some other dehydrated meal brands, all meals are cooked up from scratch from carefully sourced ingredients, then air dried rather than freeze dried. Crucially, this is a much less energy intensive process. 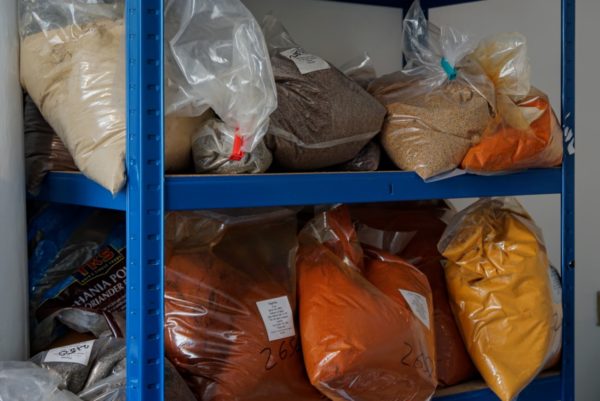 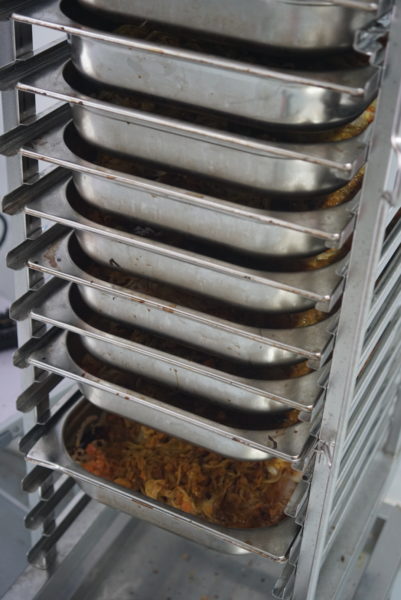 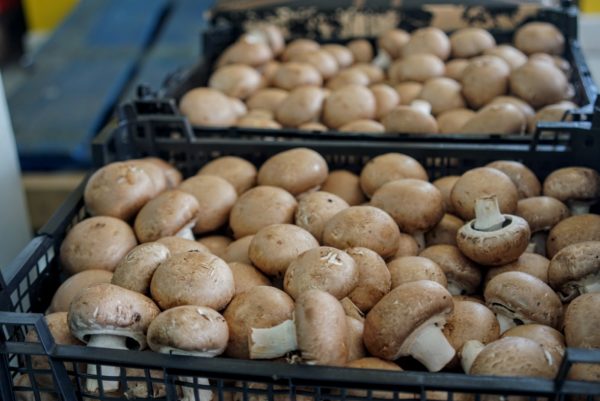 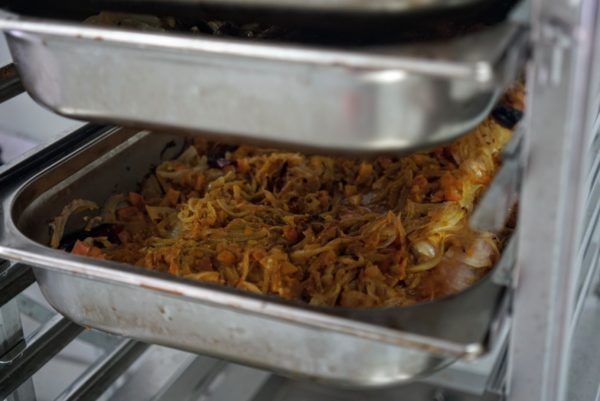 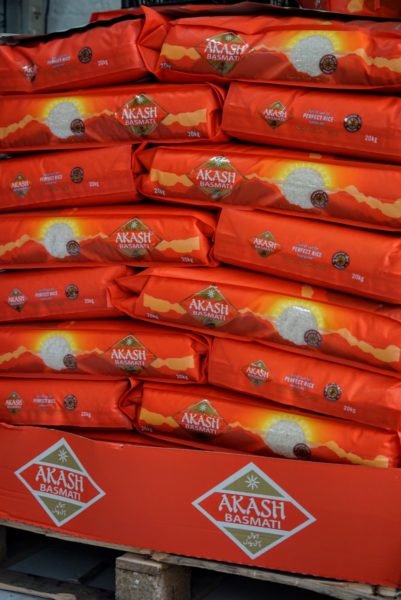 John showed me his driers with the pride of a new mother: a series of large chambers each studded with a network of fans to draw out the hot air from the thinly-spread meals on trolleys of trays. The same fans, apparently, that you use in powerful PCs to cool them.

These had all been made by John himself. When asked if he was an engineer by training, John replied that it was just a hobby. I certainly got the idea that this man was the determined type who could master anything he put his mind to, a real problem-solving type. All the marks of an experienced adventurer, perhaps? 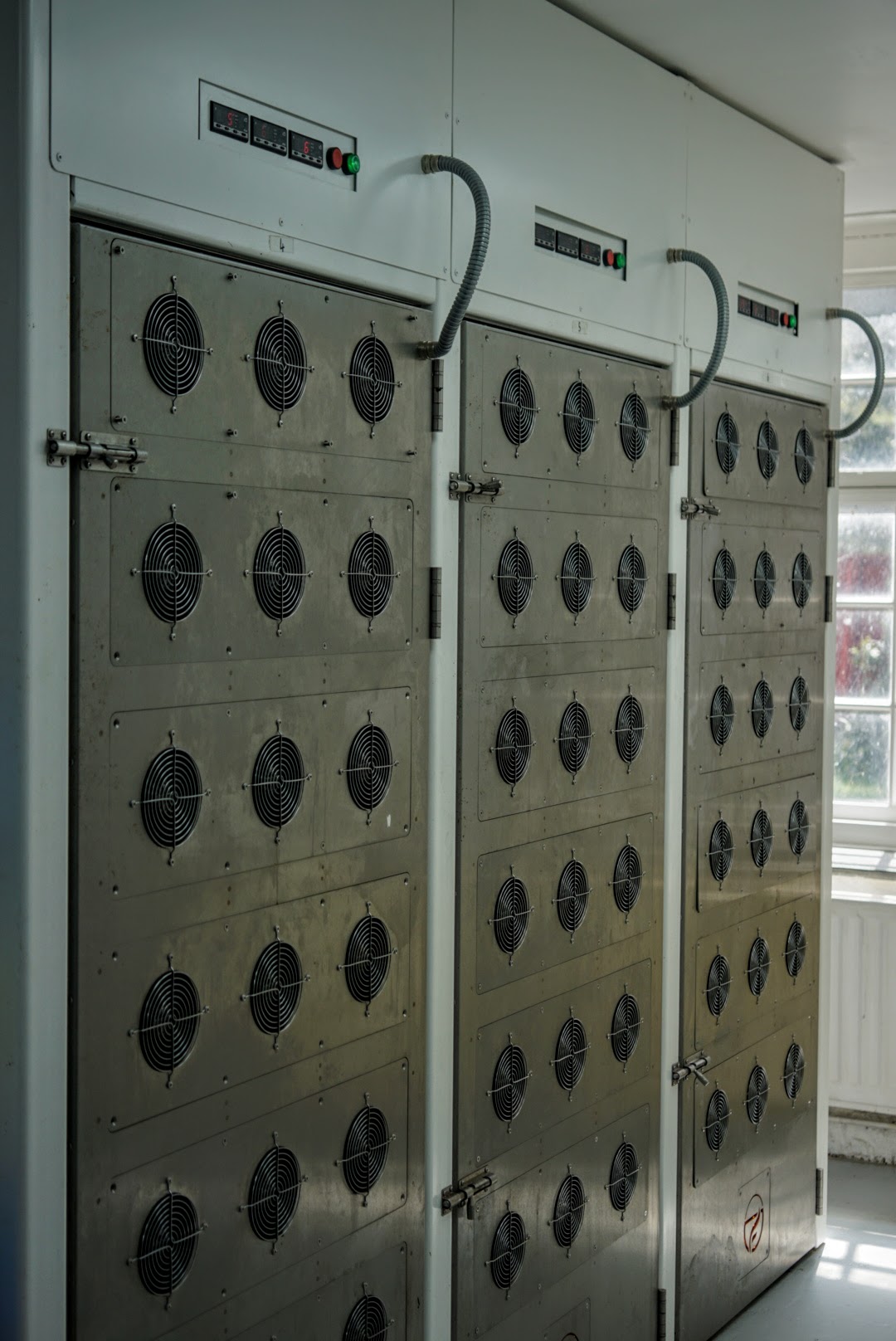 The many fans of the Firepot drying system

Once dried, the meals are bagged and transferred to the upper levels of the mill for packaging and labelling: a labour-intensive process which has seen much investment recently for state of the art machines to aid efficiency. John and the team have been navigating the nightmare that is Brexit, with the changing customs and packaging regulations. I don’t envy them one bit.

Upscaling to meet ferocious demand, it looks likely that Firepot Food will need to move premises soon to give them much more growing room. A shame to leave the beautiful mill perhaps, but great news for the success of the company.

With all Firepot meals, there are two different packaging options on offer. The signature yellow packets are waterproof and suitable for pouring boiling water into, which makes them super easy to use, although these are not recyclable. 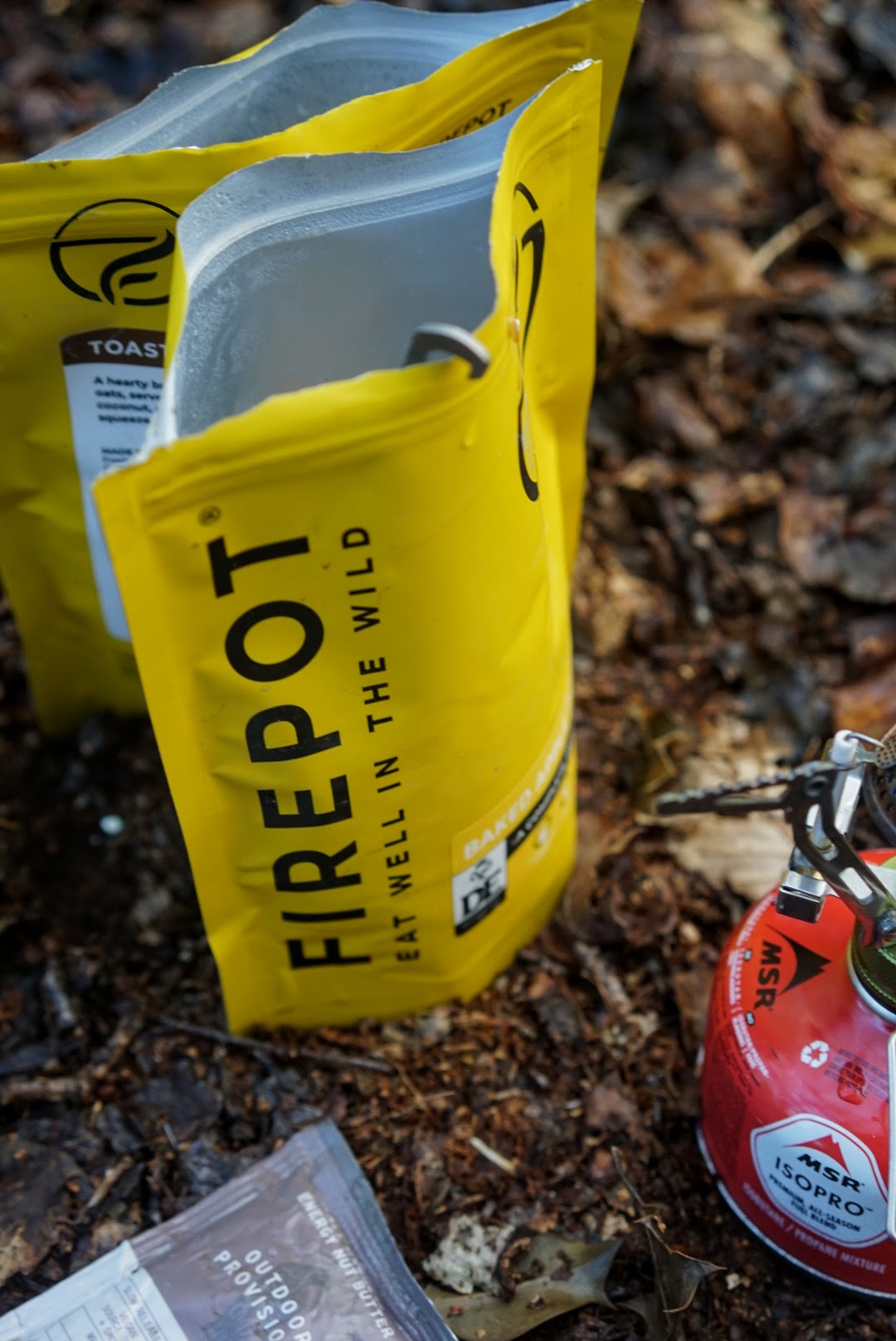 The classic yellow packets double up as bowls for your meals

Firepot also offer compostable packaging, which you can either put into your home or industrial composting, or throw them into landfill where they will also decompose over time more readily than most alteratives.

The downside of these packets is that they are not waterproof, so you’ll need to empty the contents into a pan or similar to cook, meaning there’s some washing up to be done after! 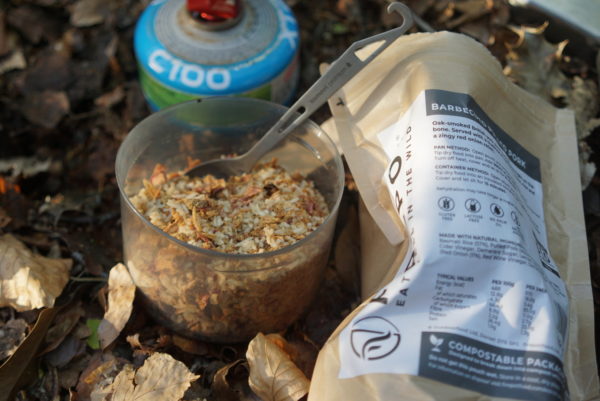 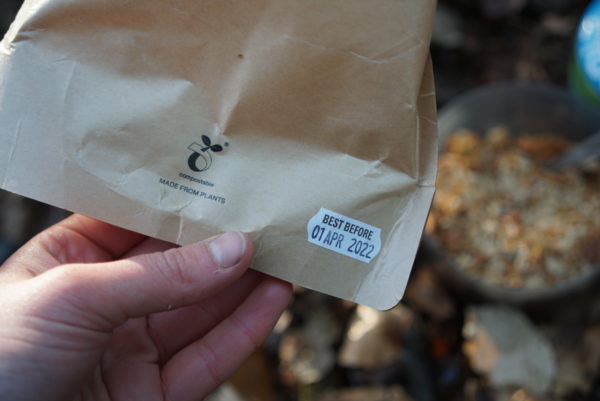 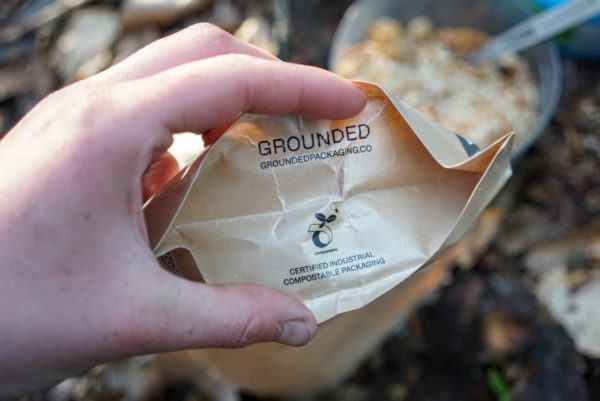 So that’s how they’re made and packaged, but how do they actually work in practice, and crucially how do they taste? I took a selection of dinners and breakfast meals on a three day bikepacking trip with pals to find out what we all thought.

There’s a huge selection when it comes to meals to choose from: with hearty curries, stews, noodles, rice and pasta dishes on offer. There are also plenty of vegan options, which they are currently expanding, as well as gluten free recipes.

We enjoyed a selection including BBQ Pulled Pork, Chilli Con Carne and Vegan Orzo Bolognese, in a selection of the different packaging types. 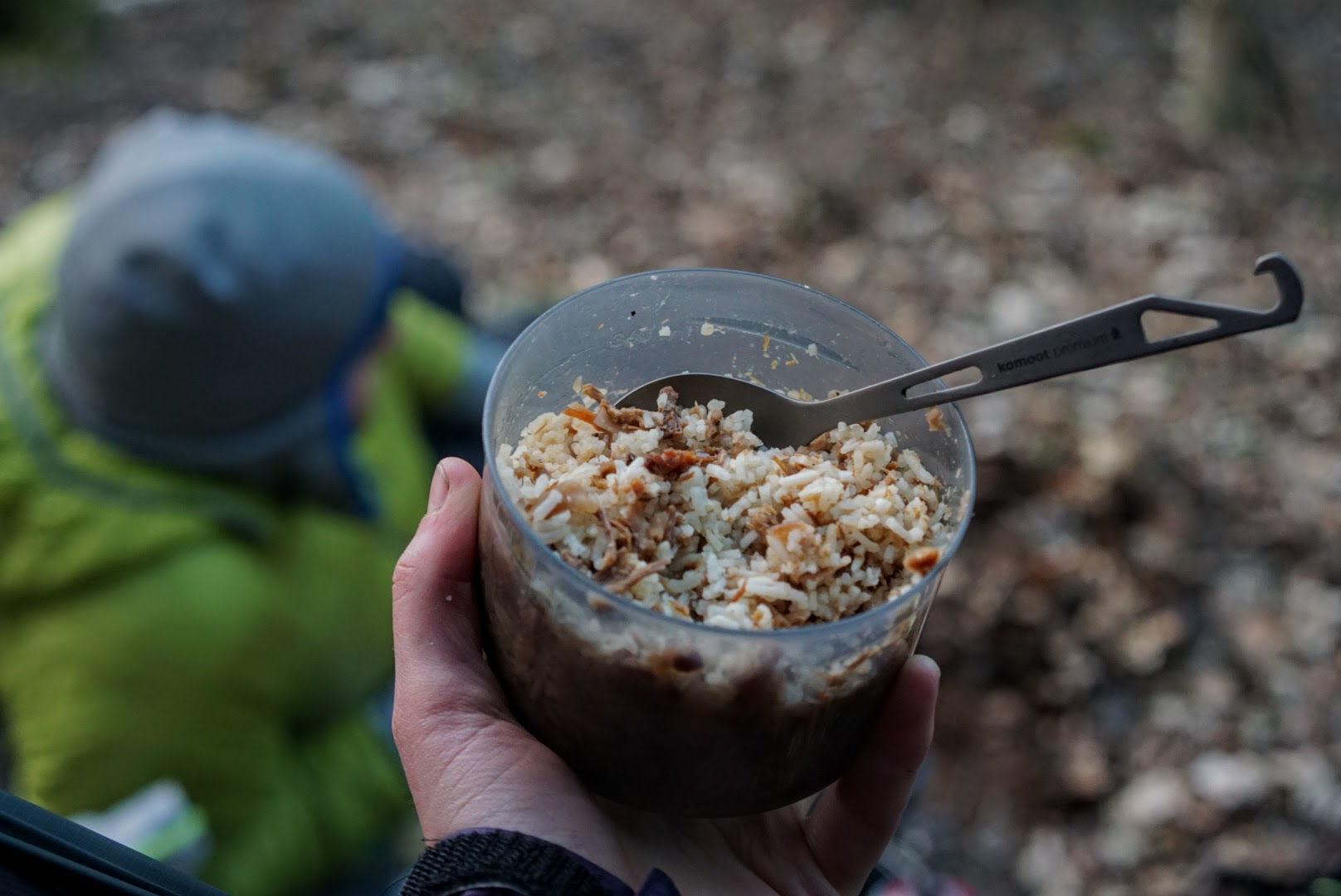 The BBQ Pulled Pork went down a treat

I enjoyed the BBQ Pulled Pork meal, a mix of rice and many small, shredded pieces of pork. With the compostable packet, I emptied the contents into the outer case of my MSR Pocket Rocket stove kit, which doubles up as a bowl, and then you add boiling water and wait 15 minutes for it to heat through. A hungry rider after a long day in the saddle, that was the hardest part!

My patience was rewarded with a delicious, filling meal, quite unlike other packet meals I’ve had before. Rather than a homogenous gloop, you could actually feel the different textures and tastes of the constituent parts, and the spicy BBQ flavour gave it a warming kick too. My pals gave similarly positive verdicts from their meals too, especially about how delicious and hearty the Vegan Orzo Bolognese was. The good news is that these are also available in XL sizing too, if you have a strong appetite after a day on the hill/trail/road. 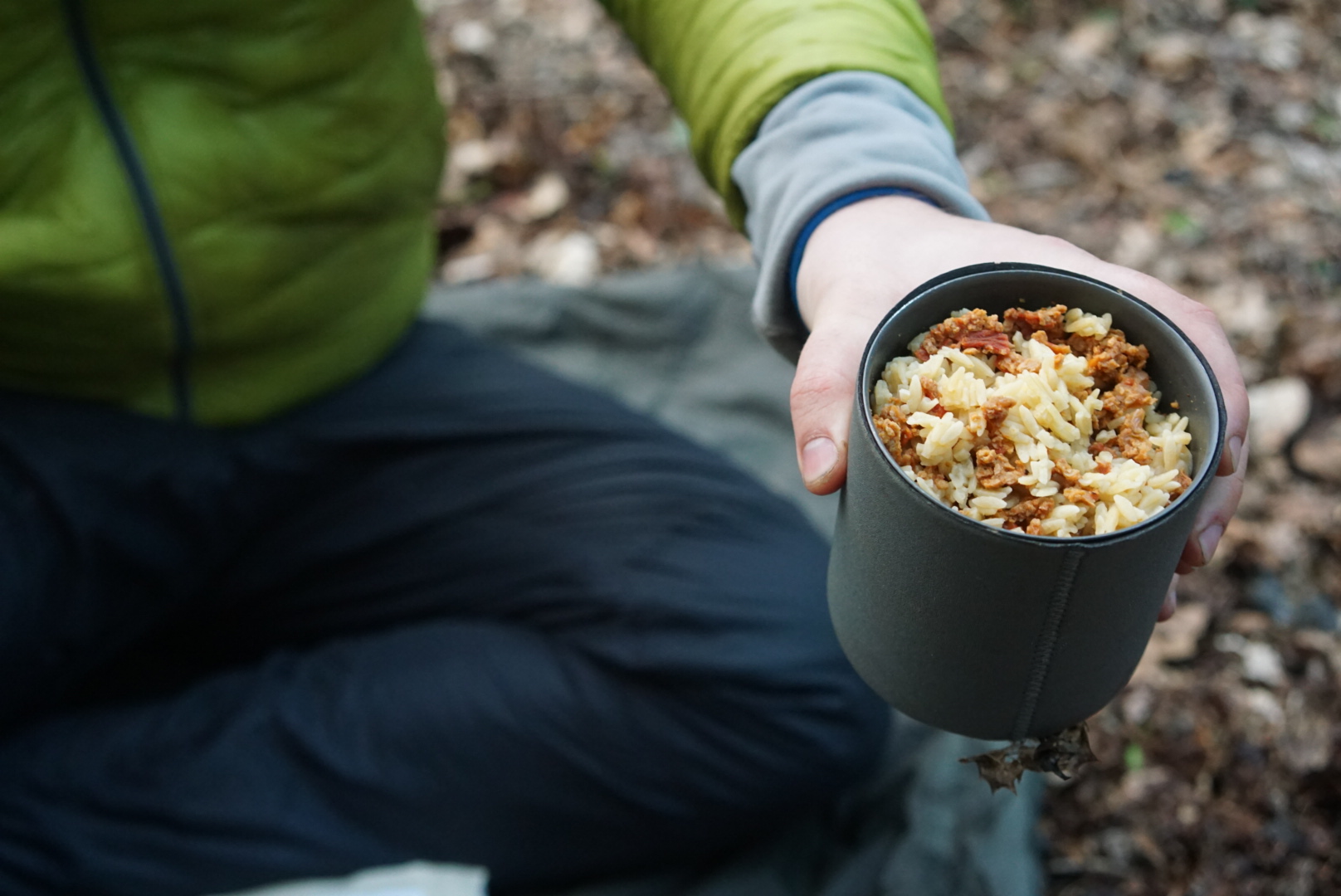 In the morning, we tried the porridge packs, which were all in the waterproof packages. A long spoon or spork is a good idea when eating out of these, as they’re pretty deep! These were less of a hit among the crew, and realistically I think it’s easier to make up porridge portions at home than it is a series of evening or lunchtime meals. We did add some Outdoor Provisions nut butters for extra calories too, as even these XL these packs only yielded 695/600 (banana/apple) calories each. 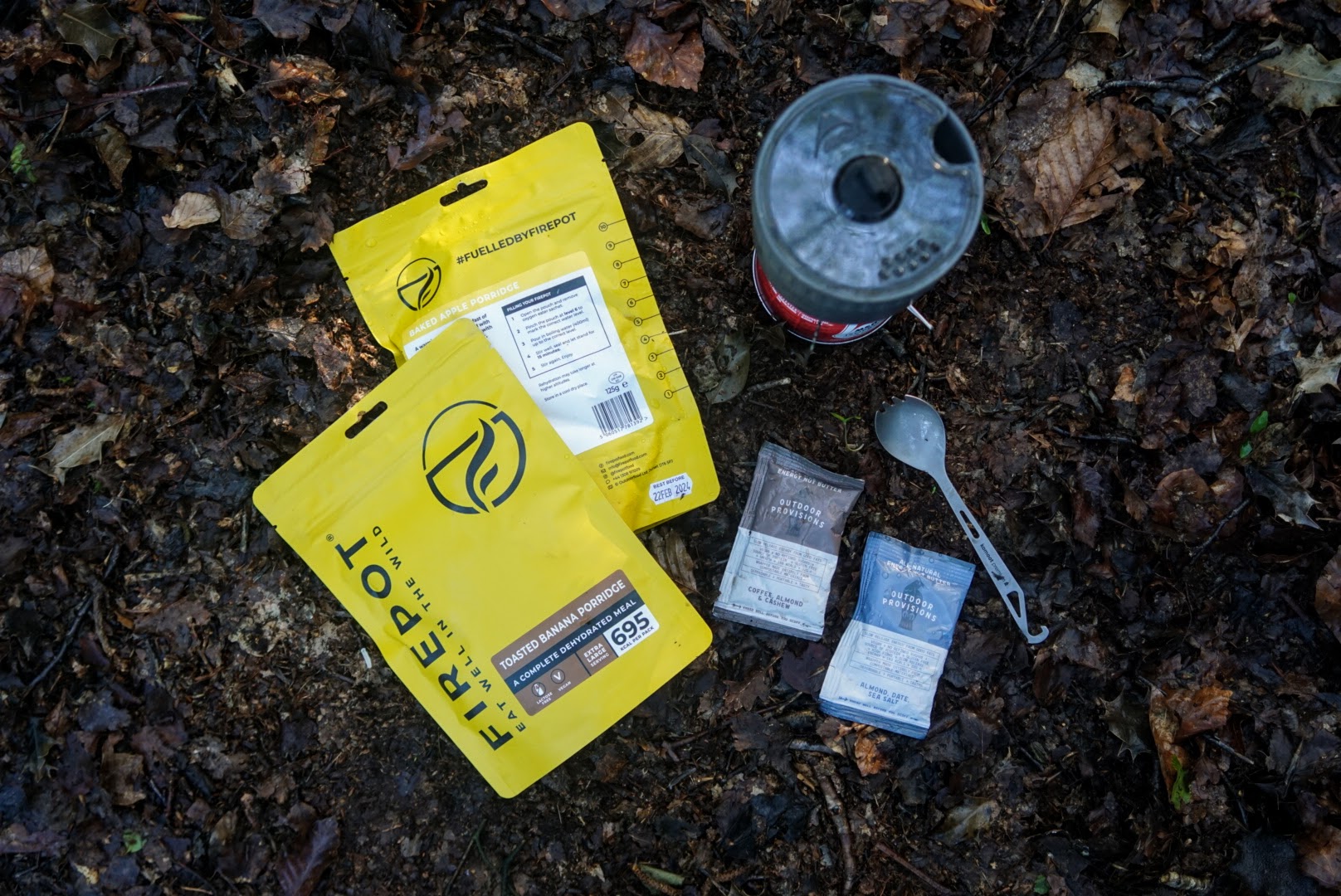 The porridge pouches were accompanied by some Outdoor Provisions nut butters

Pack it in, pack it out

The golden rule of bikepacking is to Leave No Trace, so considerations for how to pack out your waste is really key, and the pouches work well here. The resealable tops means that you can fill them with whatever camp rubbish you might have acquired or litter you’ve picked from the side of the trail on the way and secure them until you find a place to dispose of them properly. 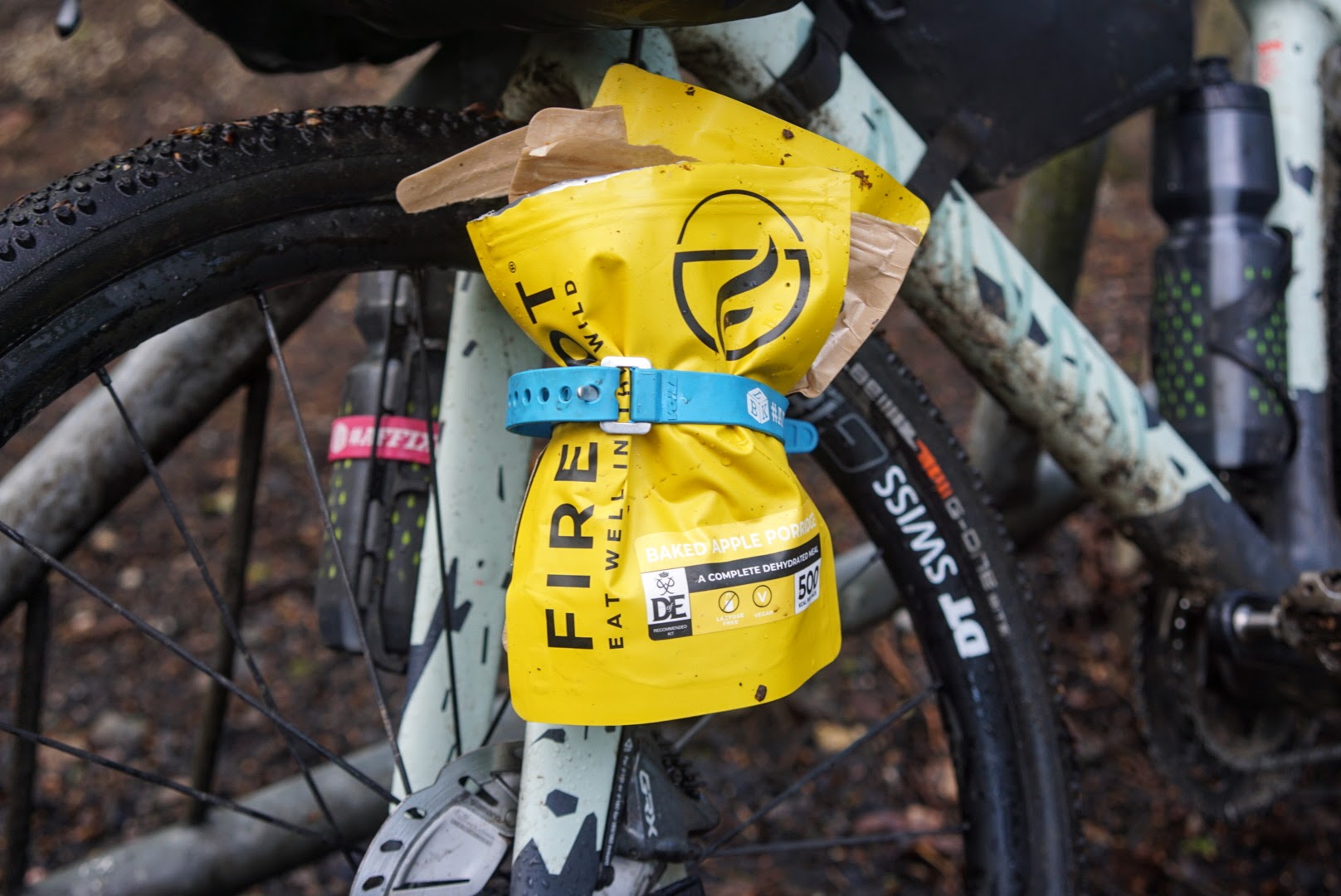 With resealable openings, the pouches are super easy to pack out

Both sampling the pouches on a trip and meeting the team behind Firepot Food were a really fascinating experiences. Although production on site is really scaling up, it still has a homely feel to it: after all, all the new recipes are still created by John himself in his home kitchen.

What I feel Firepot has achieved is really delicious, hearty expedition food that’s still easy to carry and prepare. I won’t pretend this is the sort of food I eat on most of my trips: typically I spend more time in the pub sampling local delicacies or opt for a bargain noodle/tinned mackerel combo, but for trips where distances between resupply or unsociable hours mean that you’ll predictably need to be cooking up for yourself in the wild, I couldn’t recommend them more. I’m hoping to ride up to Cape Wrath soon from Glasgow, and for a ride like that I think a handful of these will be perfect. 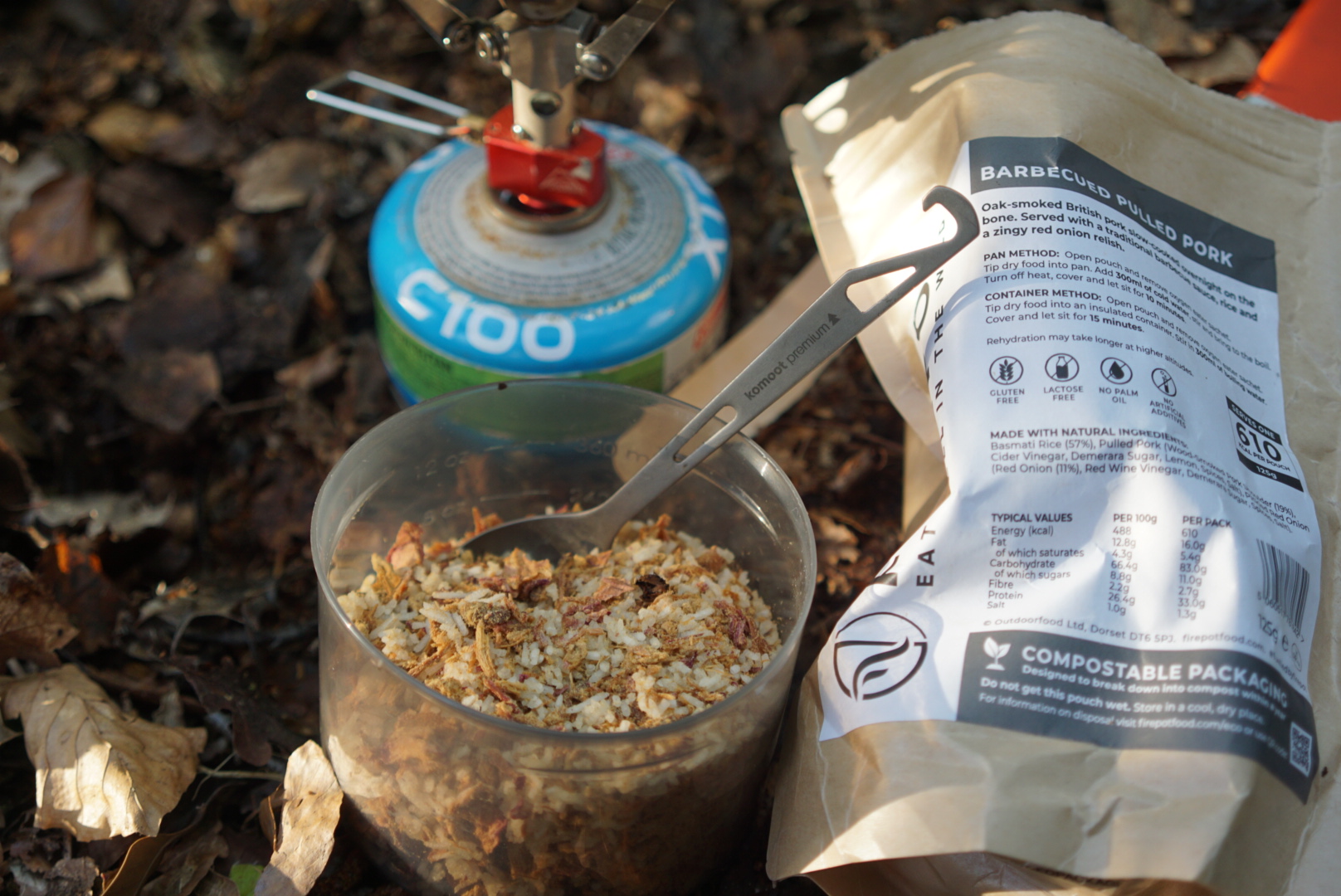 At £6.95 plus for a main meal, I think it’s decent value when you consider everything that’s gone into not only making, but then drying down and securely packaging these meals, let alone retail. It’s less than you’d pay for a pub meal in most places but more than if you started from scratch, and I think that’s pitched about right. Sure, if you had them for every meal then it might get a bit pricey, but who realistically would be doing that?

Tempted to try some for yourself? Why not start with the mini taster pack?

Getting safe water on the go and carrying more for hot weather and remote areas has never been easier. Super impressed with the @Katadyn_group BeFree and @hydrapak combo from @lyoncyle. ⁠
⁠
Head to ADVNTR to see why.⁠
⁠
📷 @jamesstockhausen⁠
#ADVNTR #gravel #bikepacking #mtb #waterfilter ...

Mega #snackpacking capability from the Santini gravel bib shorts, but how did they stack up in our cargo bib shorts group test?⁠
⁠
Head on over to ADVNTR to find out!⁠
📷 @arafcc⁠
⁠
#ADVNTR #gravel #bikepacking #mtb #cargobibs ...

Tour de Restrap: our journal post from an overnighter tour of the workshop and the nearby Yorkshire Dales is now up on the site. ⁠
⁠
Thank you @restrap for bringing the laughs and the brews!⁠
⁠
📷 @drummondphoto ✏️ @katherinebikes⁠
⁠
#ADVNTR #gravel #bikepacking #mtb #restrap #yorkshiredales ...