Do you need a Gravel Bike? 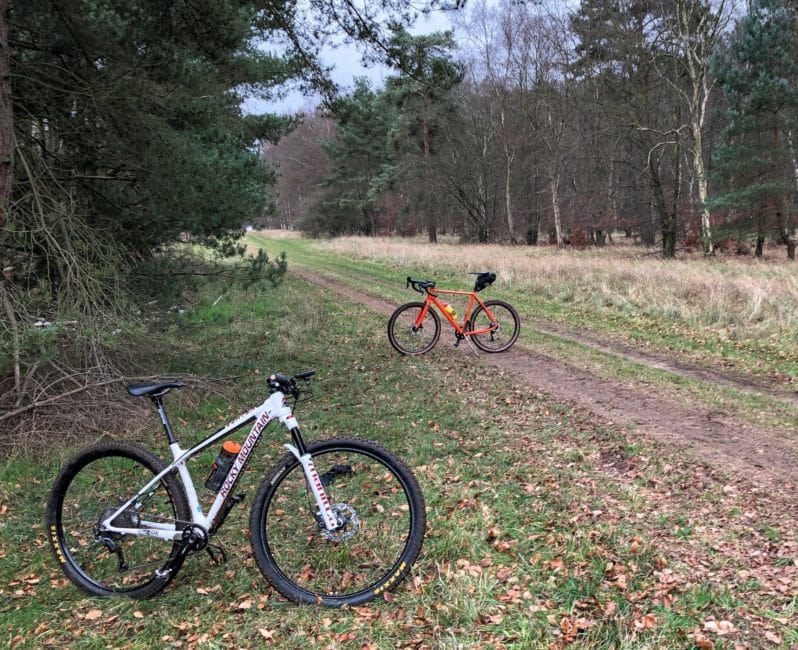 ADVNTR follower Gary Walls ponders the whole ‘gravel thing’, and instead of concluding that the answer is “buy a new bike”, decides that the ghetto conversion of an old steel MTB frame is the way to go. (The fact that he has chosen to use my (very) long term favourite frame – the Singular Swift, certainly caught my attention. Ed )

The gravel phenomenon – the gravel bike

The first steps along the gravel road tend to involve some form of internal debate and rationalisation. The process is usually something like this.

OK, it is a road bike with a bit of extra clearance. Isn’t it?

Well, yes and no. Doesn’t that make it a road plus bike?

Maybe. Or is it a touring bike?

Not so fast. What if I want to go bike packing? It’s going to need at least one set of rack mounts…and multiple bottle cages. Mud guards would be good too.

But then again, maybe I’ll want to race, in which case I’ll need maximum efficiency as opposed to load carrying capability.

Then there’s the tyres. A gravel bike could have a 35mm cyclocross tyre… unless it’s a 45mm tyre. But then, doesn’t that just make it a 29er XC mtb with drop bars?

Oh but hang on, there’s a 650b option with 2.2 inch rubber. Didn’t we call that monstercross once? Remember, before ‘gravel bikes’ were actually a thing? 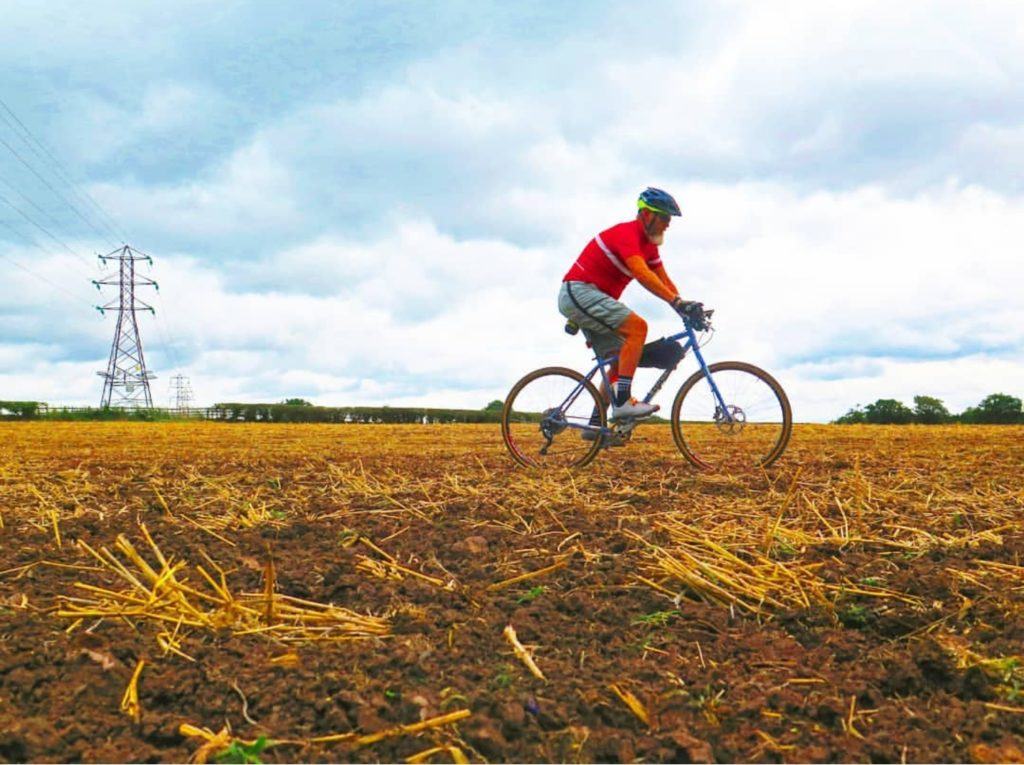 Monstercross. The granddaddy of gravel?

It’s all about the bike

Ultimately, it doesn’t really matter what you call it or which niche you nail your colours to. It’s just riding a bike.

In fact that’s just what I’ve been doing. I have a 10 year old, steel, 29er and it works fine. It will take a wide range of tyres from CX or Touring, through to a narrow XC in the back. You can even plug in a 29 x 3.0 in the front, courtesy of the lovely steel fork. But at the moment, it’s got 35mm tyres that cost me £3.99 each from a well known northern, online store. The tyres have a continuous central ridge with a few shallow side knobs. They roll well on tarmac but are frankly scary on any damp surface. You can imagine what it’s like on wet trails – pretty lethal!

However it’s made the bike much like HG Well’s time machine. When I ride it, I’m transported back to the late 80s early 90s. A time of narrow bars, long stems and the excitement of riding local trails for the first time. The time when we went out exploring and nearly every trail you pedalled down was a new personal discovery. Bridleway signs were an invitation to unseen (by me) vistas and new routes to the pub or cafe. Handling was scary, and brakes (canti) were frankly non existent.

The trails that you now dismiss as being too tame on your fancy “trail/hardcore” hardtail,  become a proper challenge again. The only real difference nowadays is that you have disc brakes instead of cantis. Except this doesn’t help much as the wheels lock up so easily. You need to concentrate, and treat them gently rather than slamming the anchors on as you might with a 2.4″ knobbly tyre.  You actually have to pay attention, scanning the trail ahead and planning where to point the front wheel. It’s a whole new (old) skillset!

I have relearned the art of weight distribution, coaxing extra traction from the rear wheel, then leaning on the front to get the most of the limited grip. The bike has old school XC geometry so there’s no relaxing behind a 65° head angle and letting a plush 160mm travel fork take the strain. I have to actually use my arms and legs as suspension! There isn’t even a dropper post!! The adrenaline rush is unreal as you bounce off the rock you missed when planning ahead. It’s how I imagine Danny Hart felt on his rain soaked world championship DH win. Stay on your bike Danny!

OK, maybe it’s not in that league but it’s the biggest blast you can have at 8 mph. It just feels like 50mph and my thigh muscles are as clenched as they would be at that speed.

So what I’ve got is basically a hybrid bike that I use on trails and lanes and which I use to explore. That little lane with grass growing up the middle that you’ve never ridden up, it could lead to a gem of a bridleway. Or that other track needs exploring. Who knows, it might link up to somewhere you know and create a great loop. You’d never go up there on a road bike, you sure as hell wouldn’t have pedalled 30 miles on tarmac on your MTB to get there. Lucky I’ve got the Swift then.

The only things that I have on this bike that I didn’t have on a bike ‘back in the day’ is consistent braking and bars over 600mm wide. 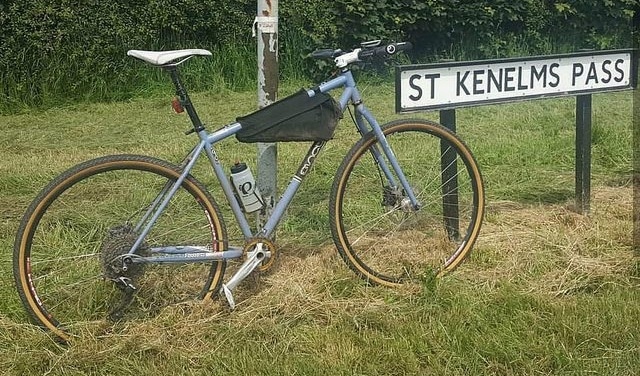 A firm favourite of the ADVNTR team, the venerable Singular Swift

True, a gravel bike does all this too. It’ll probably even have wider tyres as well. It will be comfortable over long distances, be forgiving, have all the rack and bottle mounts you’ll ever need and you’ll be at the cutting edge of the latest buzz word in cycling after the “E” word. But do you really need one?

Nope, you just need to dust off that old hardtail you’ve hidden behind a pile of junk in the shed, stick on some narrow tyres, take the peak off your helmet (not really) and hit the trails. You know, the ones you usually ignore or avoid because they are too easy and not challenging enough for your Enduro rig? Get back to basics and I guarantee you’ll have a big grin on your face and a little bit of fear in your heart as you hit that first 8mph downhill.

Would I gratefully accept a modern gravel bike over an old hardtail MTB/hybrid?

You bet your ass I would! 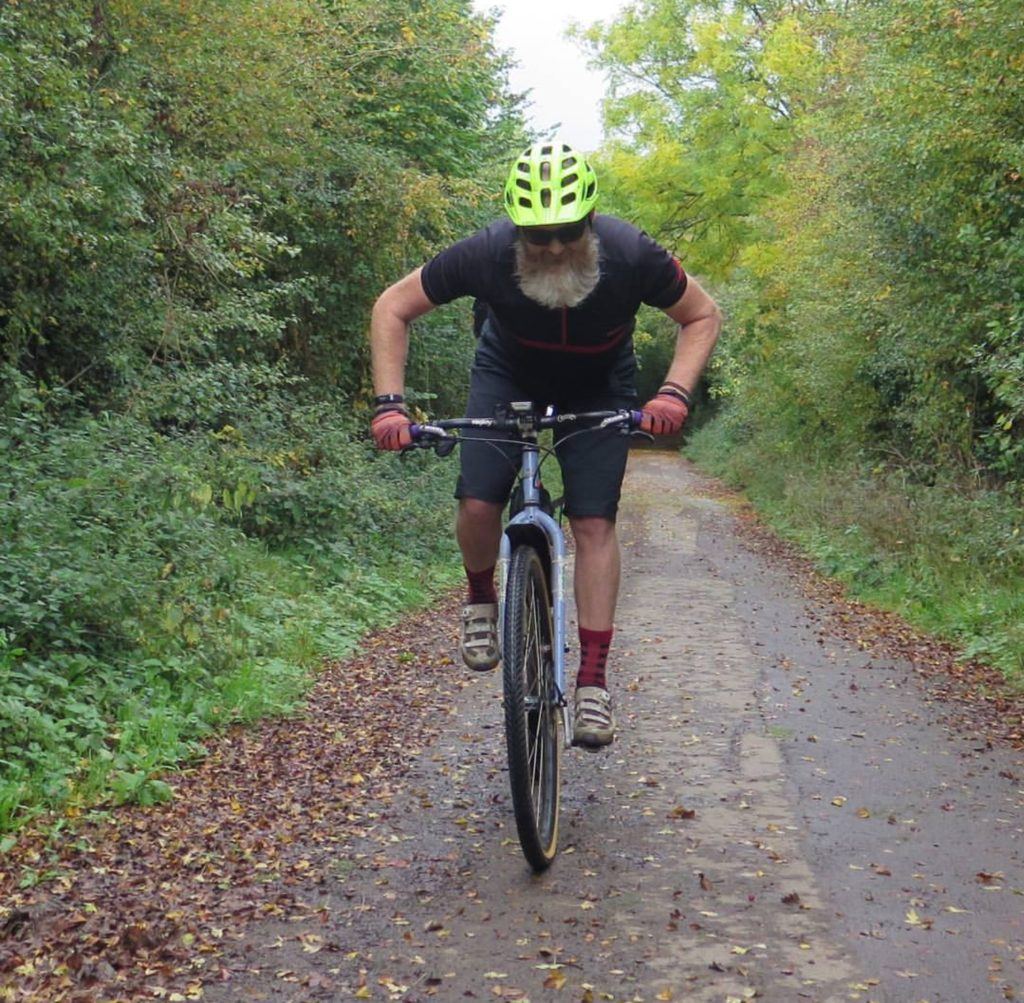