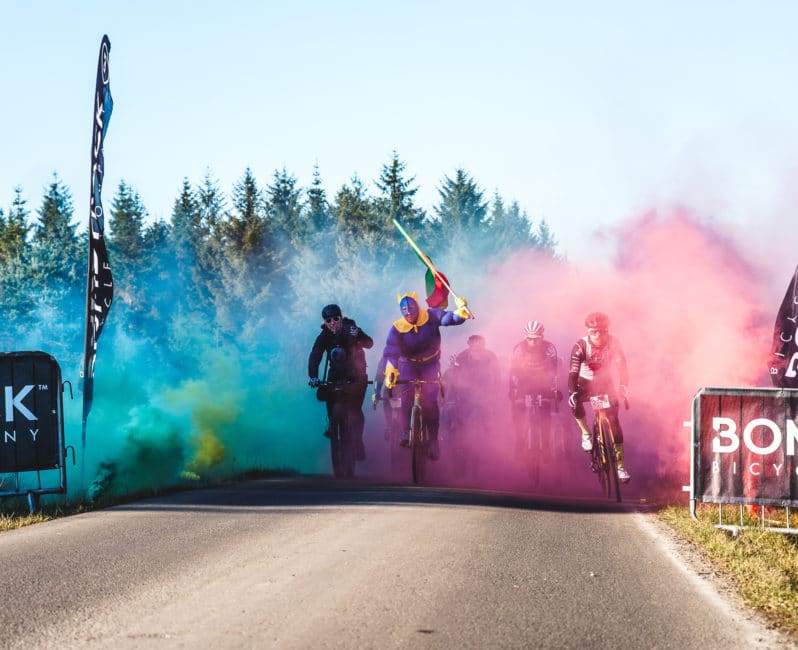 As recounted by the pocket dynamo otherwise known as Cheshire Cat. All photos credit to Dan Monaghan.

Arguably, Dirty Reiver has become the premier UK gravel event.  This year saw its fourth outing up in Kielder Forest.

If you don’t know what Dirty Reiver is all about, it is an epic test of rider, bike, equipment and preparation. Whoever coined that corny, middle management mantra “Fail to prepare, then prepare to fail”, probably had Dirty Reiver in mind. If your time in the saddle leading up to this event has been on the light side, it will chew you up and spit you out. That’s right, this ride takes no prisoners so, if you want to avoid the Broom Wagon, you have your work cut out from the moment you enter. 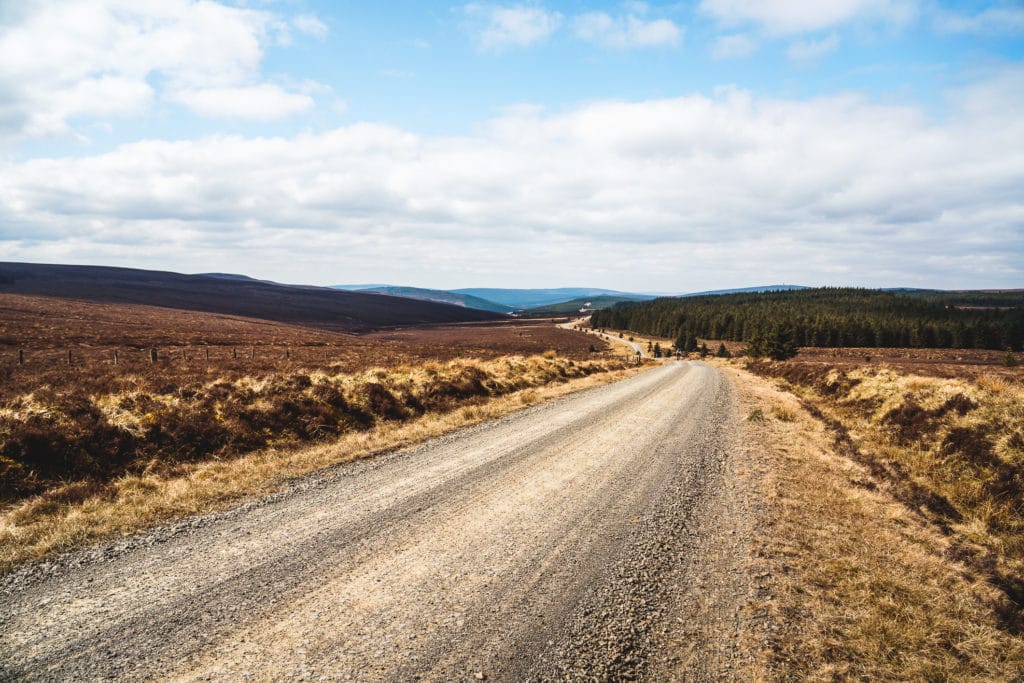 Whoever coined that corny, middle management mantra “Fail to prepare, then prepare to fail”, probably had Dirty Reiver in mind.

For 2019, the organisers elected to try a new route. There was only one way for the old timers to find out if it matched previous iterations and that involved long hours in the saddle.

The one constant in Kielder is the unpredictability of the weather, although there is one faithful meteorological feature…the cold. The start is always freezing but unlike last year, it did not really warm up at all this time round. 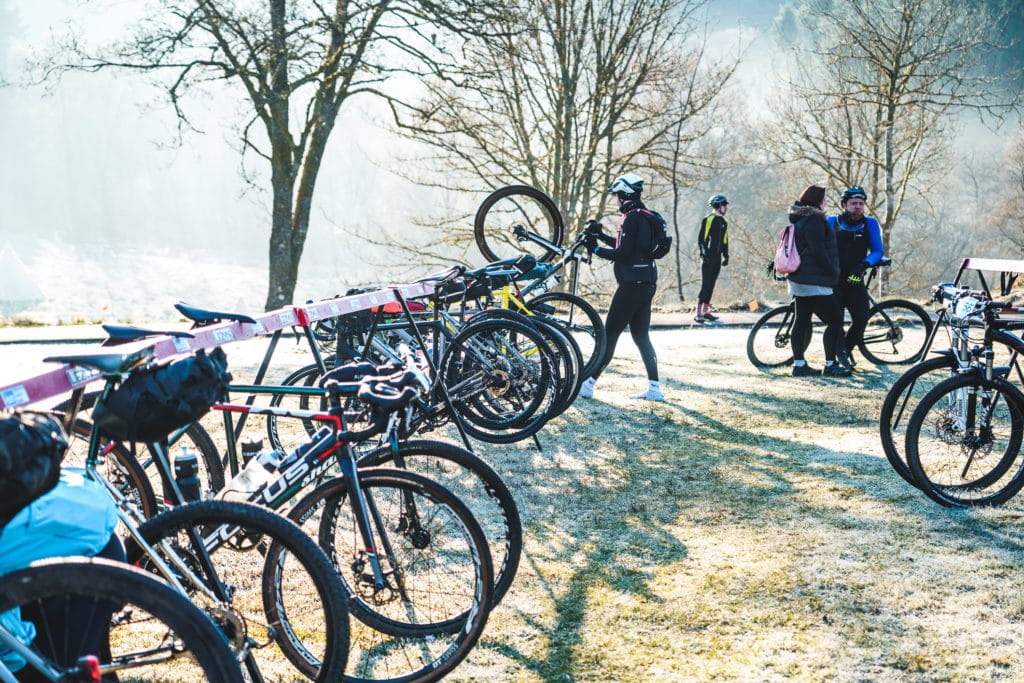 A cold start for riders in the morning.

Another well loved feature is the sheer volume climbing involved. Previous editions featured for example, an extended and testing drag along the Scottish border culminating in a sharp climb which left everyone searching for gears. Gears that just aren’t there! Then to add insult to injury, at the 130/200k split, there was a brutal climb designed to break your spirit and encourage you to head for home on the short loop. If you stayed the course, there were yet more crushing climbs after the third feed station. Bad enough in its own right, many people had to tackle it with bellies full of cheese and potato. And so it went on. You get the picture?

The question for 2019 was simply…will the climbing be just as tough, or have the organisers spared us a physical and psychological beasting this time? 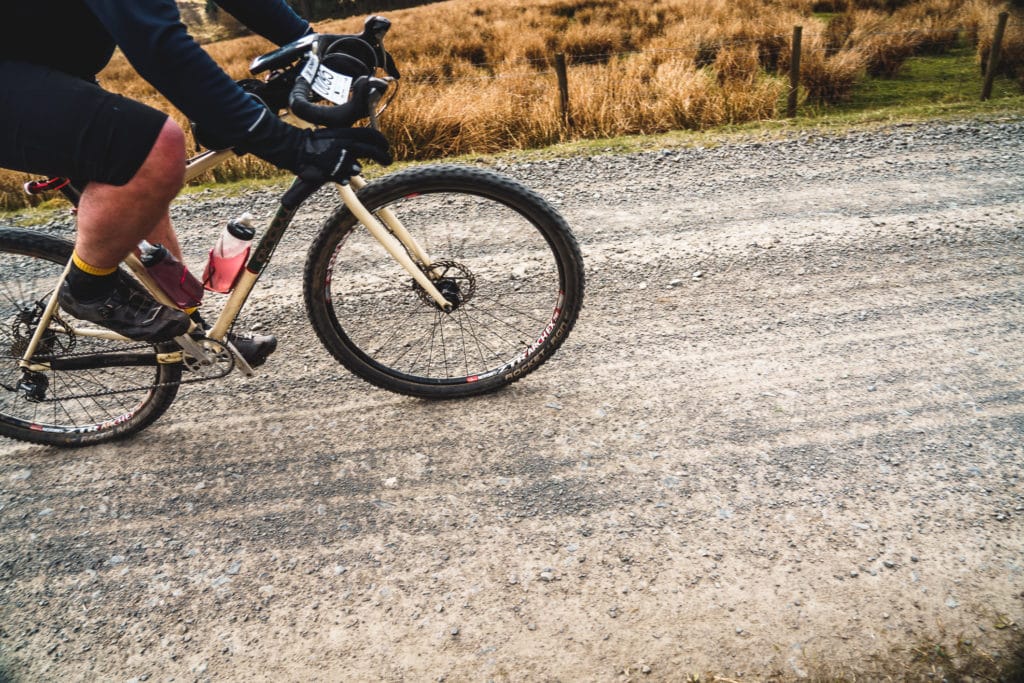 The Roll Out and Beyond

Rolling out of the castle grounds, riders entered a short neutralised section on a gentle, gravel climb. As the field opened up, the release point exploded in a fog of coloured flares and we were off. At the pointy end, the pace was brisk, driven along by the Bombtrack Cycles sponsored cyclocross pro, Grosse Van Der Merer, and facilitated by smooth, wide trails. And so it continued for the first two hours, easy riding with nothing to slow us down. After the feed stop, the climb to the highest point of the course was less painful than it could have been, courtesy of a gentle easterly breeze. So far so good but, little did we know that the breeze would come back to haunt us later. 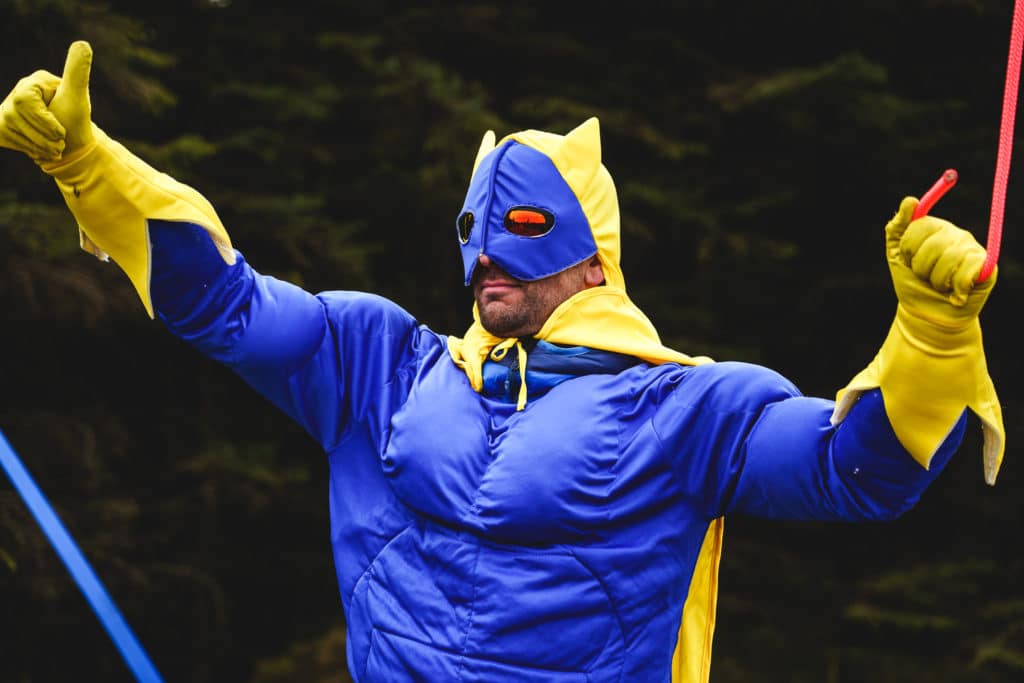 Banana Man made a cameo appearance for a second year running

A swift, rolling, descent took us back towards the castle before cutting into the trees and across to the western side of the forest. The prevailing characteristic of this part of the ride was climbing. At the top of one large haul, riders were greeted by a Bombtrack banner, manned by Chicken Girl and Banana Man! After this we descended to the lake and, following a brief section of smooth, lakeside trail, hit the first tarmac section. The riding was easier but boy was it cold? 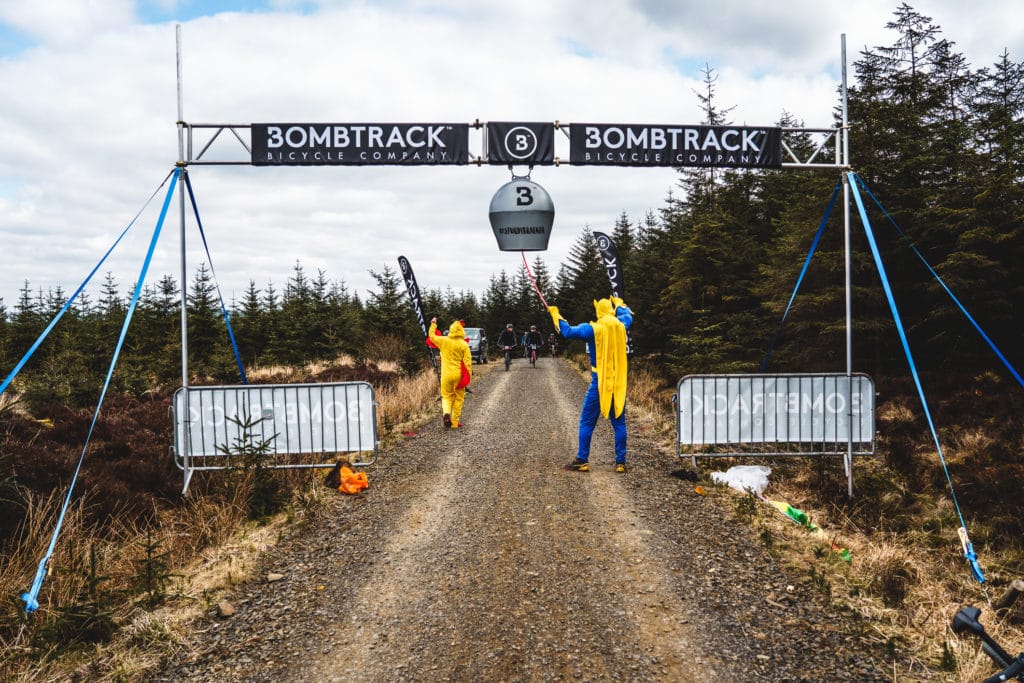 Superfood – the secret of cycling success!

At this stage I was alone and the road section became a bit of a grind. The only evidence of riders in front were skid marks where people had overcooked some of the tight bends. And so it continued until Feed Station 2 came into view. With 95k under my belt, it was time to unleash my Dirty Reiver super weapon…a large Scotch Egg!  I tucked into this little recognised super food and, accompanied by some morsels from the snacks on offer, I filled up my bottles and resumed the ride.

I quite enjoyed the sinuous lakeside trail which took me through to the course split. There was no way I would even entertain the 130k option, not today anyway, so I took the long way home. 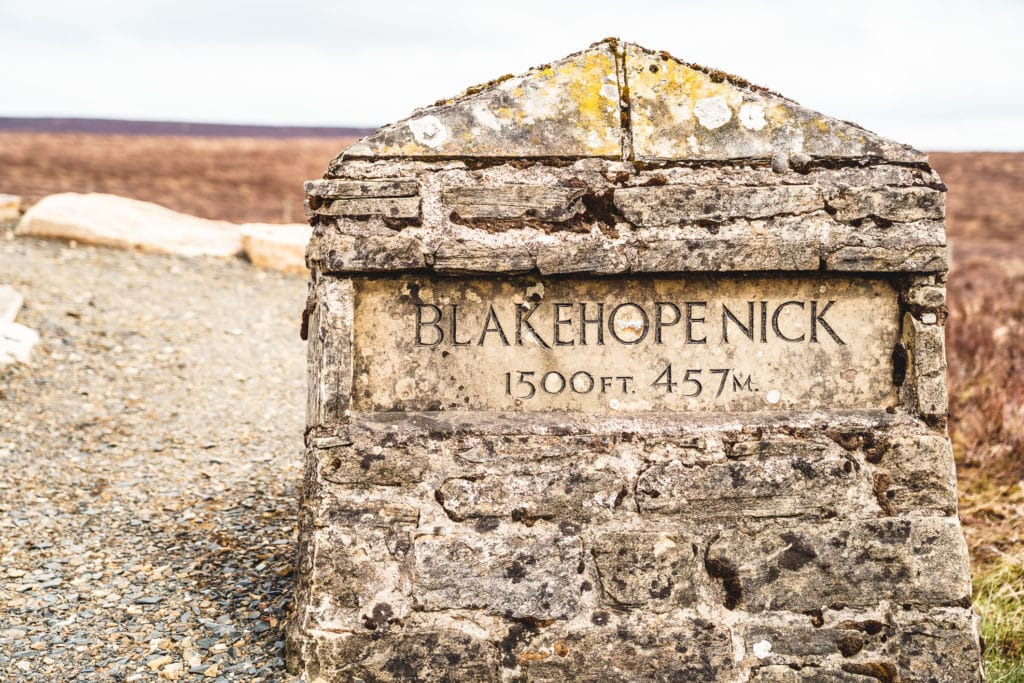 As the route trended southwards we were relentlessly climbing. Nothing major to contend with, but what the climbs lacked in gradient, they made up for in length. Almost inevitably, we emerged from the forest onto exposed moorland and guess what? That oh so helpful easterly breeze of the first stage was now a block headwind. Just what you need at this stage of a ride. You just had to grit your teeth and ride while the wind mercilessly went about its job of exposing your event preparation, or lack of it.

With no one to share the work with and the only riders in sight a couple of dots on the horizon, I was well and truly alone. Time to knuckle down and draw on my reserves. Eventually, after what seemed like an eternity, the treeline, and promise of some shelter from the wind, appeared as a smudge in the distance. 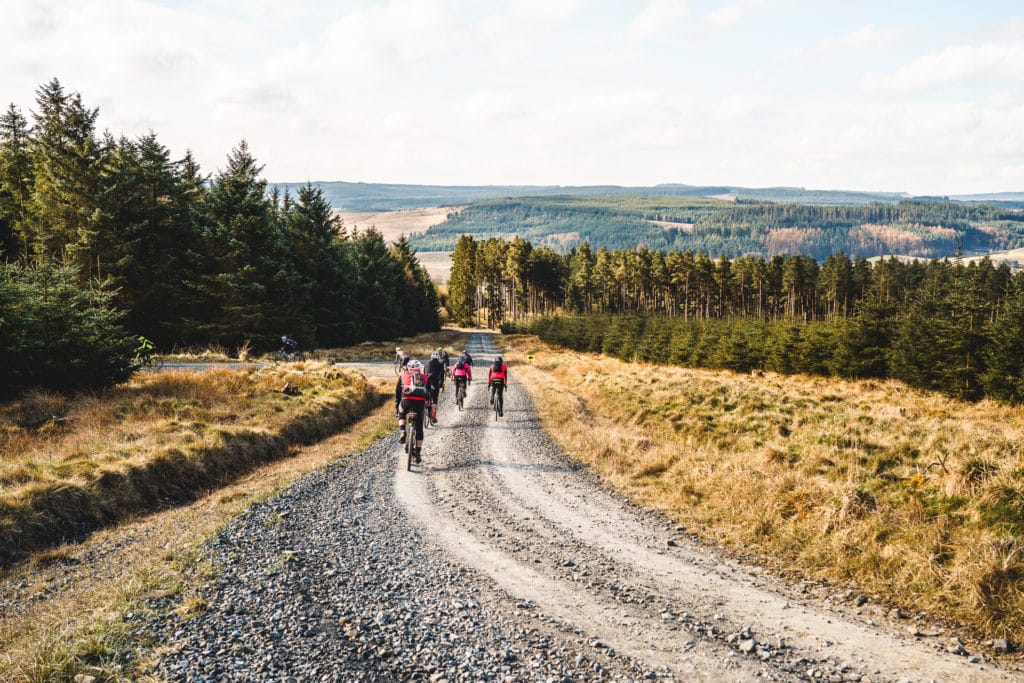 Have we been here before?

Once back in the welcome embrace of the forest, the incessant wind was replaced by a feeling a calm and peace. Wonderful!

From here the course revisited familiar territory (for event old timers anyway). The final feed station and the temptation of cheese and potatoes almost beat me but I stuck to the task. A banana and a top up of water saw me on my way.

As the trails headed north, towards the lakeside, we were able to enjoy the return of the long, grinding climbs that are a real test of your resolve. Still, you could see the lake through the trees and the sun had made a morale boosting return. A fast descent to the road and onto the dam. 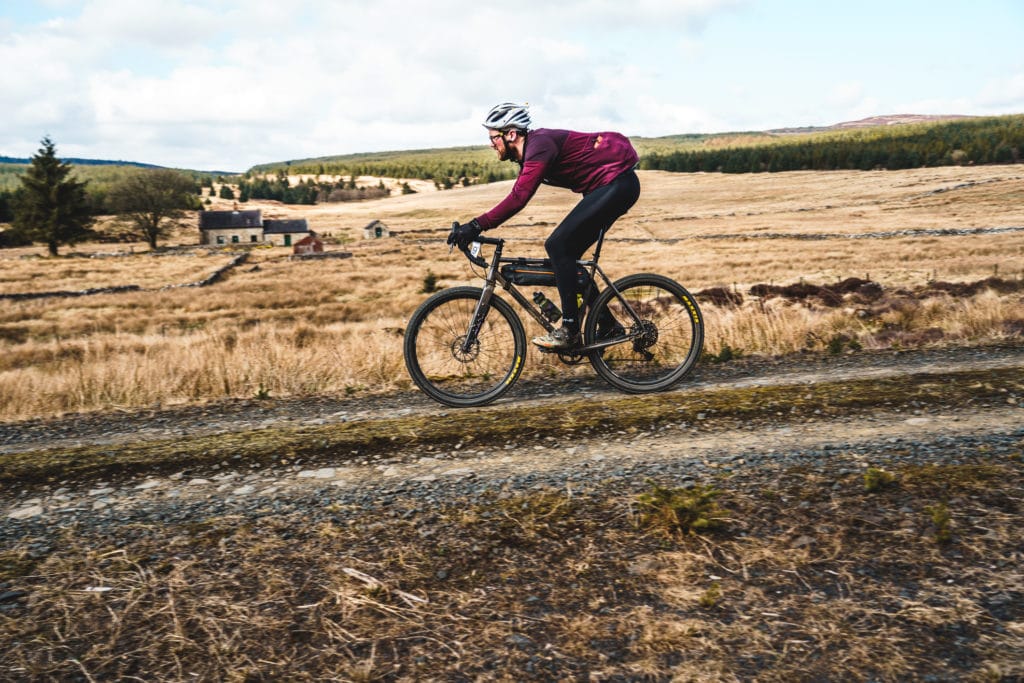 Almost there and a sting in the tail

As if in a last gasp attempt to finally break your resolve, the wind put in another appearance. It was too little, too late however, as I could practically smell the finish.

What the wind failed to do though, the organisers nearly managed. Just before the end was a special, timed, section, the Lauf Special Stage. The fastest rider would win an entry to the 200k Rift Race in Iceland. Not that I am in any way competitive but hey, they had dangled the carrot and that’s it. I was off. Let’s just say it involved more climbing and was very challenging. As I was hauling my 84kg carcass up the last climb, I was passing (dismounted) 130km finishers who were walking the last few yards. A rocky, technical descent preceded a smooth lakeside run in to the finish. Hurrah and huzzah! 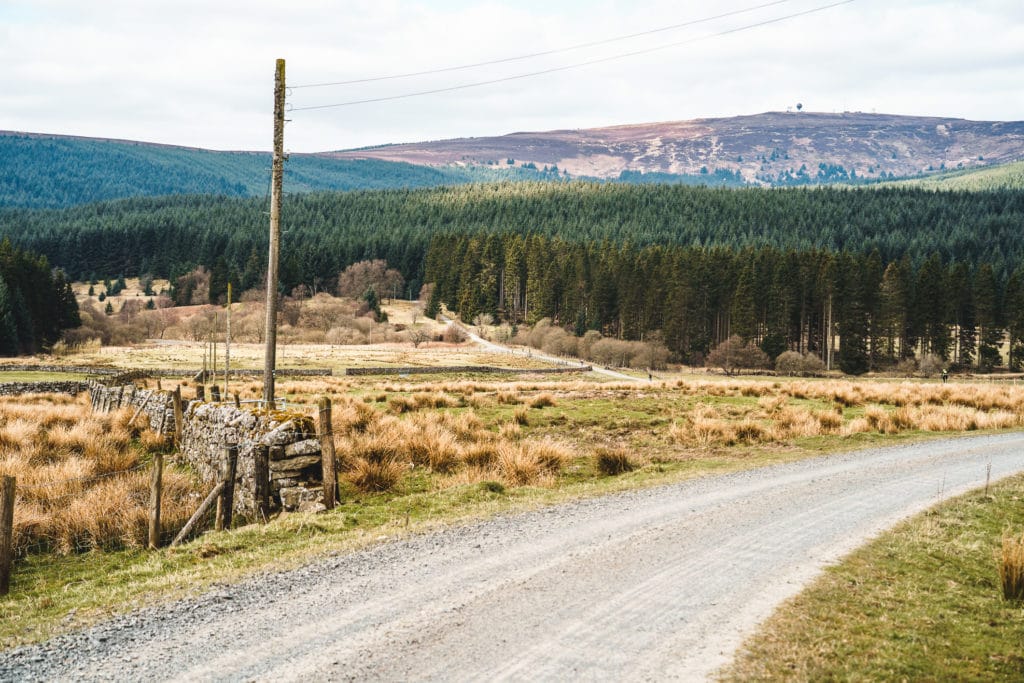 This is the end

The final stretch was as always, full of supporters providing encouragement and that extra little boost that makes all the effort worthwhile. However long you took, and whatever distance you rode, finishing is an achievement in itself. Chapeau everyone! 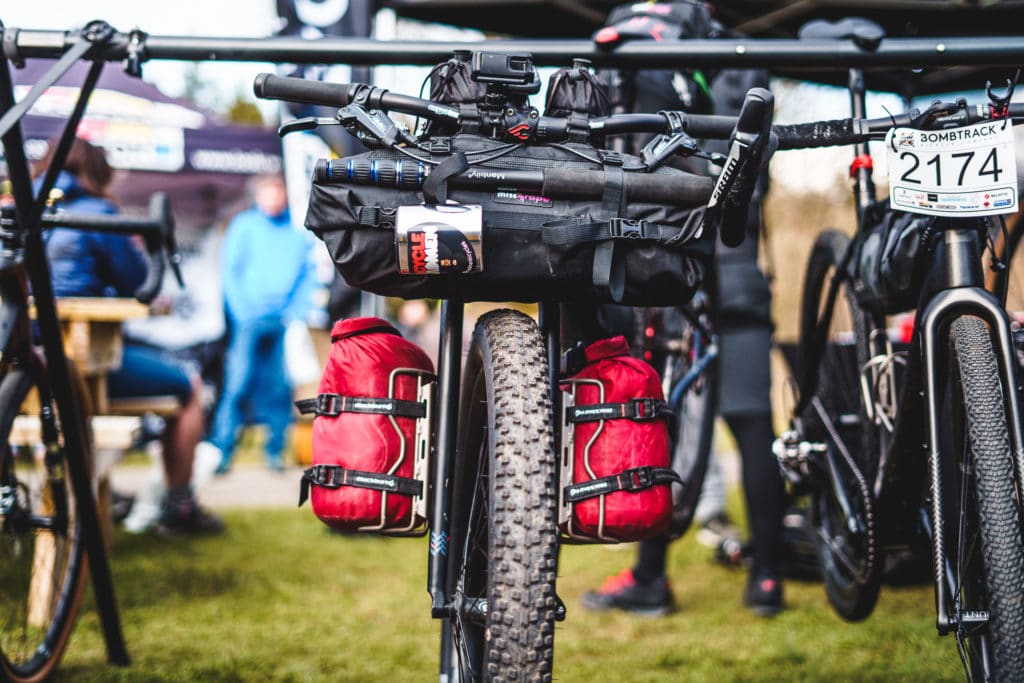 While the differences to bike and equipment choices were legion, gravel bikes easily outnumbered mountain bikes this time, So maybe consensus has finally come round to accepting that gravel bikes are ideal for this type of event.

For what it is worth, my kit check went something like this:

Was the new route a success? Actually I think it was. This version of Dirty Reiver flowed better and seems to be geared towards a gravel bike more than a mountain bike. What has not changed is the need to prepare. It will get tough and, even if you get your feeding and drinking strategy spot on, you will have to dig bloody deep! But if you didn’t, then it would not be Dirty Reiver would it?

So many events would be nothing without a willing army of cheerful volunteers. Dirty Reiver is no exception so this is my own little platform to say thank you!

Nearly time to dig out the mud tyres? Unless you're in the southern hemisphere, perhaps! ⁠
⁠
#autumn #gravel #bikepacking #ADVNTR #mudtyres ...

We've got the gorgeous, and rather autumnal looking wizard.works Shazam! on test at the moment, being put through it's paces by bike camper extraordinaire tay.velo on her brothercycles Big Bro.
.
Full thoughts from Taylor coming soon.
#wizardworks #handmadebags #bikepacking #bikepackingbags #ADVNTR ...

The autumn equinox has been and gone and the leaves are starting to turn. It might be time to say goodbye to the dusty, dry trails of summer, but what does that mean for winter riding?⁠
⁠
We asked you how you prepare, physically and mentally for riding in the winter months.⁠
⁠
Link in bio⁠
⁠
📸 irmokeizer⁠
⁠
#ADVNTR #gravel #bikepacking #wintermiles ...