48 hours on the Dales Divide 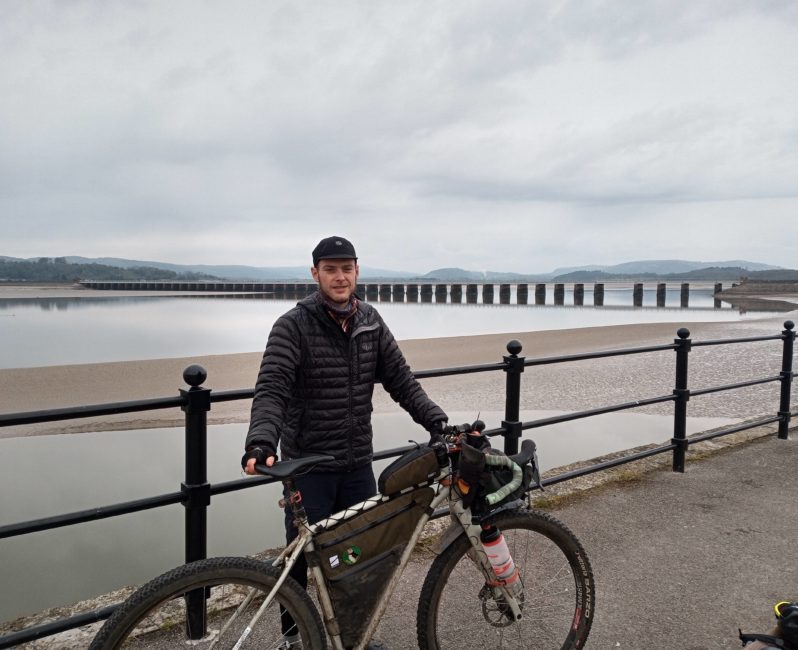 After tackling the first major British ultra since the Covid outbreak, we caught up with Marcus Nicolson to hear about how he bagged a top 10 place at the 600km Dales Divide.

The Dales Divide was to be my second bikepacking race after my experience in Badlands last year. I was determined to cut down on my stopped time and was eyeing up a spot in the top 10 after just missing out at my last outing. Earlier this year I built myself up a new 29” gravel bike with dynamo lighting, a Mason ISO, and I was very keen to put it to the test in the Dales. 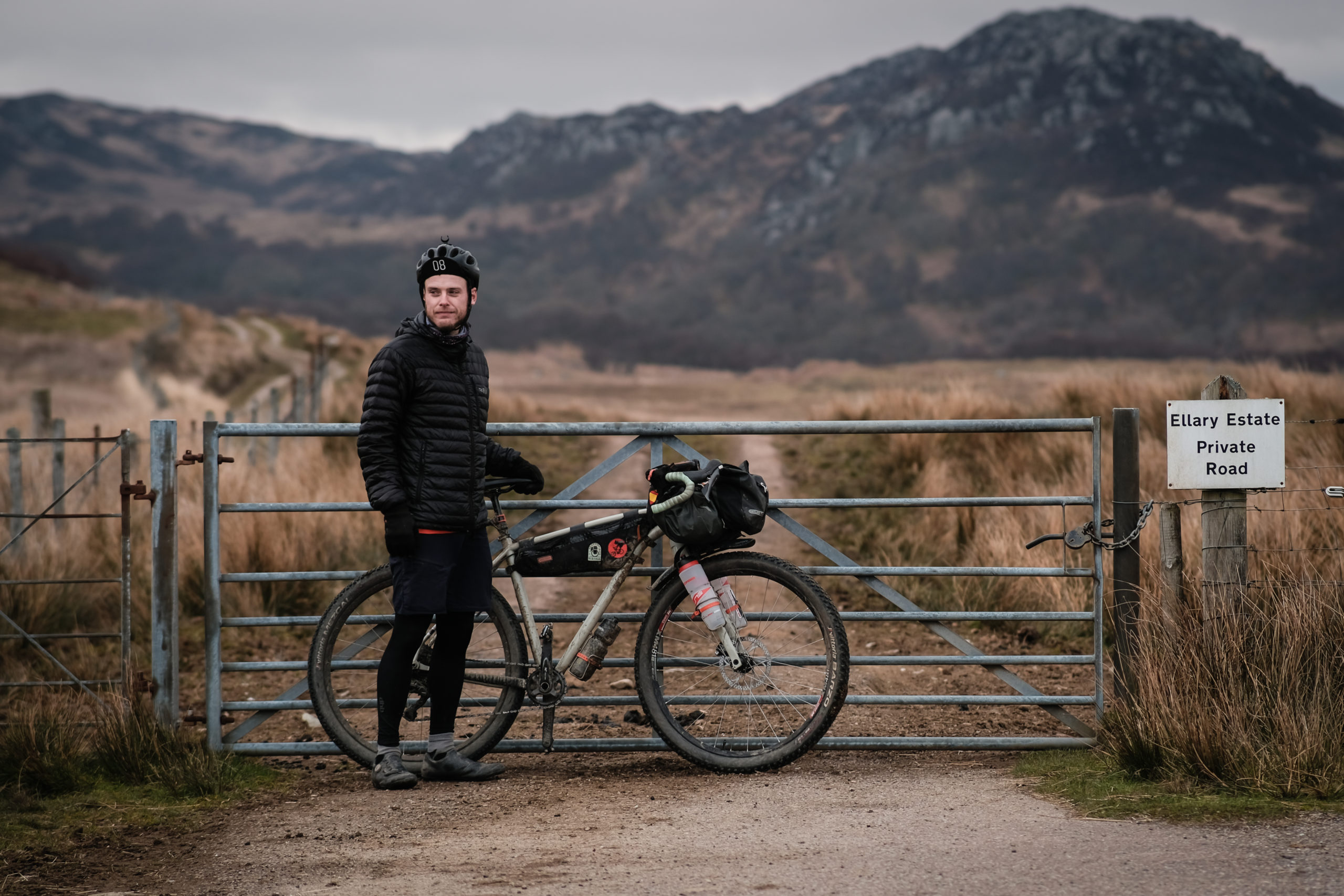 The new rig was ready for a thorough test. Photo: Chris Martin

Among the excited riders gathered at Arnside Pier there was a good mix of mountain and gravel bikes, including quite a few MTBs with aero bars – including the eventual winner James Craven! As usual, I struggled to get a good night’s sleep before the event but was fully caught up in the chaotic start and found myself out front riding alongside some very strong athletes. Race record holder Alex Pilkington was holding the fort at the first checkpoint and handing out some much needed refreshments. I topped up my water bottles and grabbed a pear before heading on my way.

My aim for the first day was to get beyond York (220km) and well on my way to Scarborough (330km) before finding a sleep spot for the night. There was a hell of a lot of off-road climbing (and gate opening) on that first day! I caught up with various riders along various stages of the ride. I rode alongside female winner Sally Ozanne around the Boroughbridge section of the course. I was in need of some hot food to set me up for a few more hours riding, and decided it was worth waiting the 10 minutes it would take to prepare a pizza. I scoffed half of the weirdest mushroom pizza I’ve seen in minutes, before strapping the remaining half to my handlebar bag.

A long, flattish road section leads through York. The cycle paths and roads were a welcome change, given how tough the bridleways had been earlier in the day and it was possible to get some quick mileage in. I was really depleted of energy after 11 in the evening and decided to stop for the night just before midnight. It was my first time using a bivvy bag without an air mat and I was a bit anxious about getting cold at night. I shouldn’t have worried though, a few more slices of pizza down and I had the best 4 hour sleep in a field just off the track.

My alarm rang at 4.30am and I got back on the bike as fast as I could. The sun was beginning to rise and I was soon too hot to keep riding in my down trousers. I caught up with a few other riders I’d met the previous day. It was quite bizarre to be joining a group of riders trudging through rutted walking paths in the middle of the night, but the comradery helped cheer us on. I passed a few riders who had elected not to sleep at all during the first night. They were looking very weary – I was glad of my decision to stop and rest as I slogged on towards Scarborough.

Cafes were mostly closed in Scarborough – but I luckily spotted a roll shop that had just opened up. I was able to sit out in the sun to eat two egg rolls with a side of coffee and chat to some friendly locals. This set me up nicely for a long stretch that would lead over the North York Moors. The climbing just didn’t stop from there on in! I was in my element rolling across the gravel tracks between heather and moorland and was enjoying being out on my own. Some hike-a-bike sections and technical descents were next on the cards before finally rolling into Northallerton (450km). There weren’t too many resupply options in the town, so I opted for some noodles, taking the leftovers with me for later.

My plan for the second day was to keep riding through the night and finish back in Arnside before the forecasted storms and rain really hit! I rode up some of the last section alongside Steve Heading, a seasoned ultra-distance rider who had ridden the route before. We pushed our bikes up some steep gravel as the sun set for the day. The dynamo lights really helped keep track of where I was going up through the hills. I caught up with my riding buddy Chris Johnstone around midnight at a gate stop in the middle of nowhere! Chris had driven us both down from Glasgow, along with two fully-loaded bikepacking rigs in the back of his Yaris, for the race. Chris had opted for the slightly shorter route and was going to bivvy for a few hours before finishing the next day.

I pushed on through the night. At one point my trusty eTrex informed me that I had finished the route – some 80 kilometres short of the finish! Luckily, I’d taken a back-up GPX and was able to follow the route on there. It was a harder track to follow and I occasionally found myself heading off course. All in all, those last 80kms would take me around eight hours! There was plenty of climbing, pushing, and lifting the bike over fences in that last section. It was certainly a relief when the sun started to reappear around 5am.

The last section into Arnside was quite a slow going, though luckily the rain hadn’t started yet and the puncture I got promptly sealed itself. It was a relief to finally be riding into Arnside, just before 8am. I rode on to the pier where there was nobody to greet me! I’d finished in bang on 48 hours, very close to the previous record. This was good enough for a top 10 place and I was very happy with my stopped time, which I had tried to keep to a minimum. At this point I realised that my tracker had run out of battery power during the night and was showing that I was still up on the hills! I put in some new batteries and asked a friendly bin man to take my finisher photo on the pier.

Gingerly rolling back to our campsite car park I was given a cup of tea and some biscuits from Carl Hopp’s mum, which was very welcome, and set me up for a 3-hour nap in Chris’ car before being rudely awakened by the thundering rain that had sunk in around mid-day. Chris and I loaded up his car with our bikes and gear before hitting the road to the north again. A few sore limbs but plenty of memories and English gravel explored.

Many thanks to organiser Chris Ellison for all the work behind the scenes and to all the riders for making this an event.

You can check out more from Marcus on Instagram.

I enjoyed that, thanks for the good reading.

Tubeless tyre set up, Maxxis Ravagers and Receptors, Continental Terra Speed and Trail gravel tyres: all up in @drummondphoto's vid. ⁠
⁠
Check it out on the ADVNTR YouTube channel (& give us a cheeky sub while you're there ✌️)⁠
⁠ ...