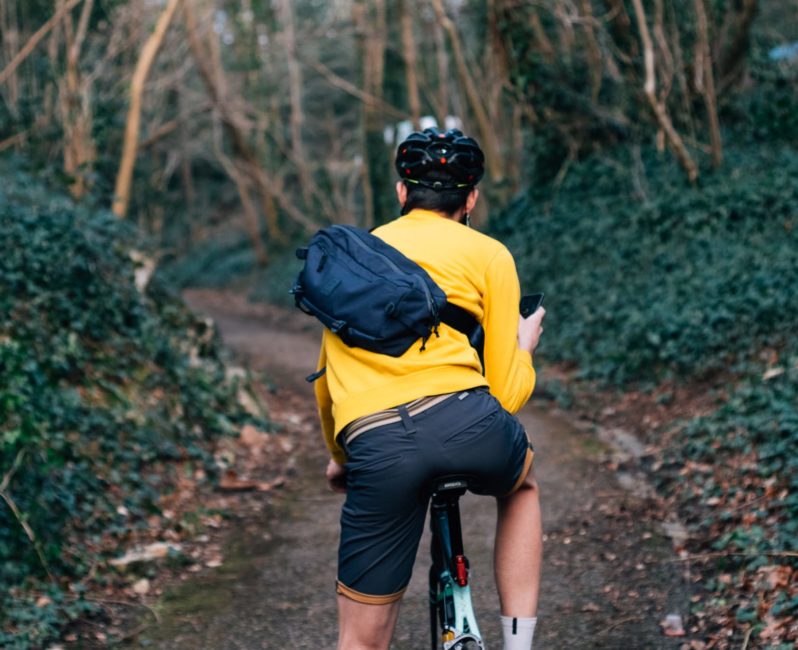 The Kadet Sling Bag from #MessLife royalty Chrome Industries is billed as a minimal bag for the essentials: something you can chuck the bare necessities into before bombing down a hill on your fixie and cracking open a couple of cool ones with your pals with the integrated bottle opener. While Chrome, like all brands, try to get you to buy into a lifestyle as much as a product, I really wanted to see how this stacked up as an alternative to the perennial bum bag for on and off-road camera transport.

In terms of capacity, the Kadet Sling Bag is rated at 9 litres, which is larger than your average bumbag for sure. It can comfortably house a moderately sized camera, an extra layer, snacks, inner tube and some tools without much complaint. There are some fairly basic organising pockets in the main compartment but I found I never used them as it’s compact enough that you’re unlikely to lose anything. If you have a particularly large camera (I’m talking DSLR with a telephoto lens) it should swallow it happily, though you may have to put your snacks elsewhere. If you don’t pack it full, there are four compression straps with reflective detailing that can reduce the size or even be used to strap additional items to the outside of the Kadet. Finally there is a nice slim zipped pocket in the front, presumably for small valuables. Oddly though, it doesn’t have a waterproof zip, in contrast to the main compartment. This seems a bit of an oversight, as you’d want the place your phone is likely to reside to be the most waterproof, so if you get caught in a deluge then perhaps best to migrate your electronics elsewhere. 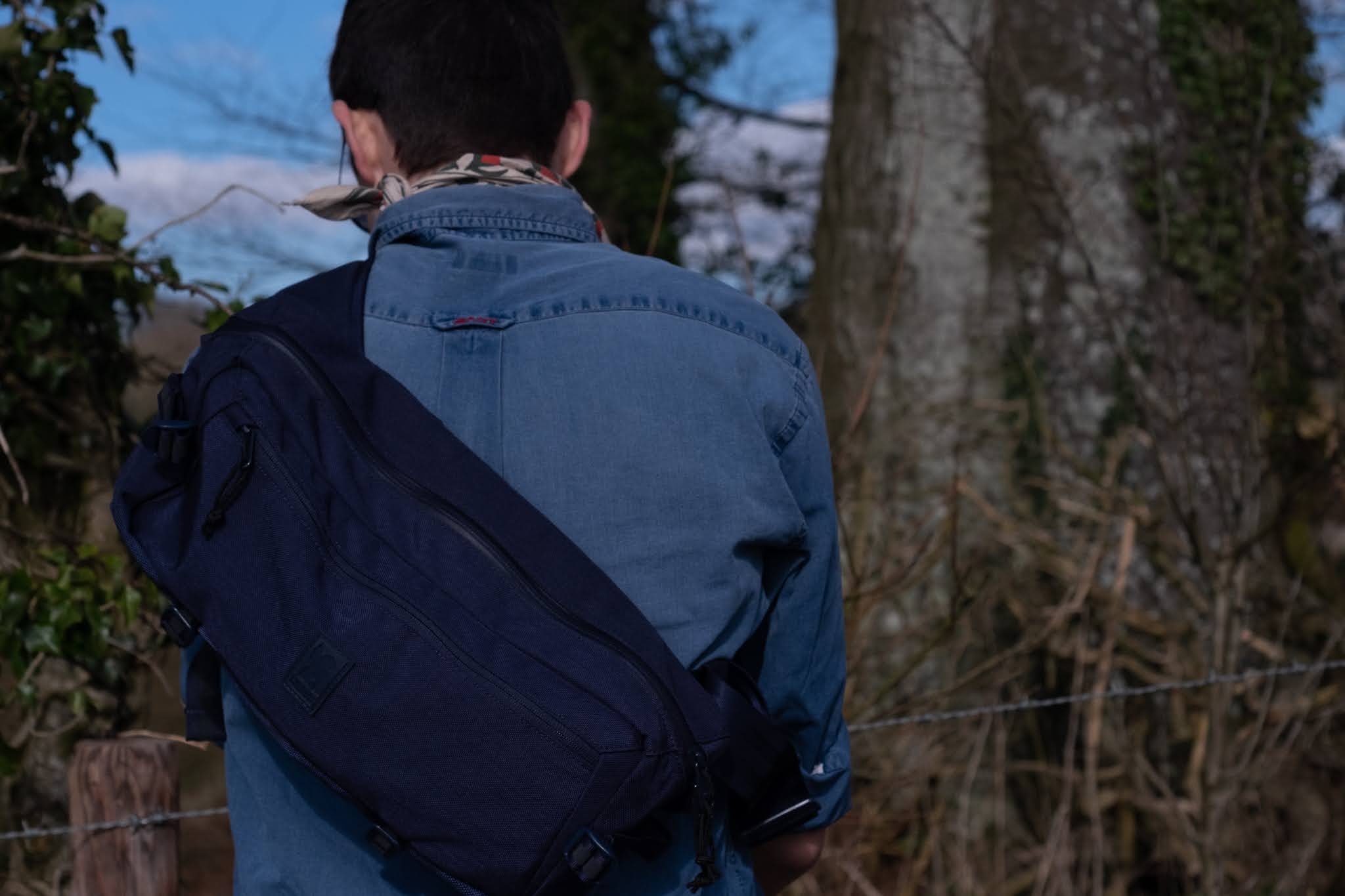 The rear is lightly padded, with the addition of a D-Lock holder. I was a little apprehensive about this at first as I feared the base would still press uncomfortably on my back, but this was not the case. It was perfectly unobtrusive, and a vast improvement to having the heavy lock stashed on the bike (mostly for aesthetic reasons) or stuffed down the back of my belt.

The shoulder strap is generously padded, and a little narrower than that of Chrome Industries’ full messenger bags, with the trademark seatbelt buckle and webbing. The strap was a little sticky to adjust at first, but this eased in due course. It also has the neat addition of a little elastic loop to stop the excess flapping as you pin your ears back and press on the pedals.

The seatbelt buckle closure appears to be a bit of a gimmick but it is genuinely useful, particularly if you’re putting it on or off with a full load. This buckle stops you knocking your helmet askew, which can be a right pain if that in turn squashes your glasses into your face. Another nice touch is the velcro accessory strap that extends up above the buckle, into which you can attach whatever takes your fancy. It’s primarily designed to house a phone holster, which I can see being handy addition for those immediate ‘gram moments. Although as with my messenger bag, I like to put a quick release carabiner in it, into which I clip my keys so I don’t have to fish around when I get to the front door, or want to lock the bike up. 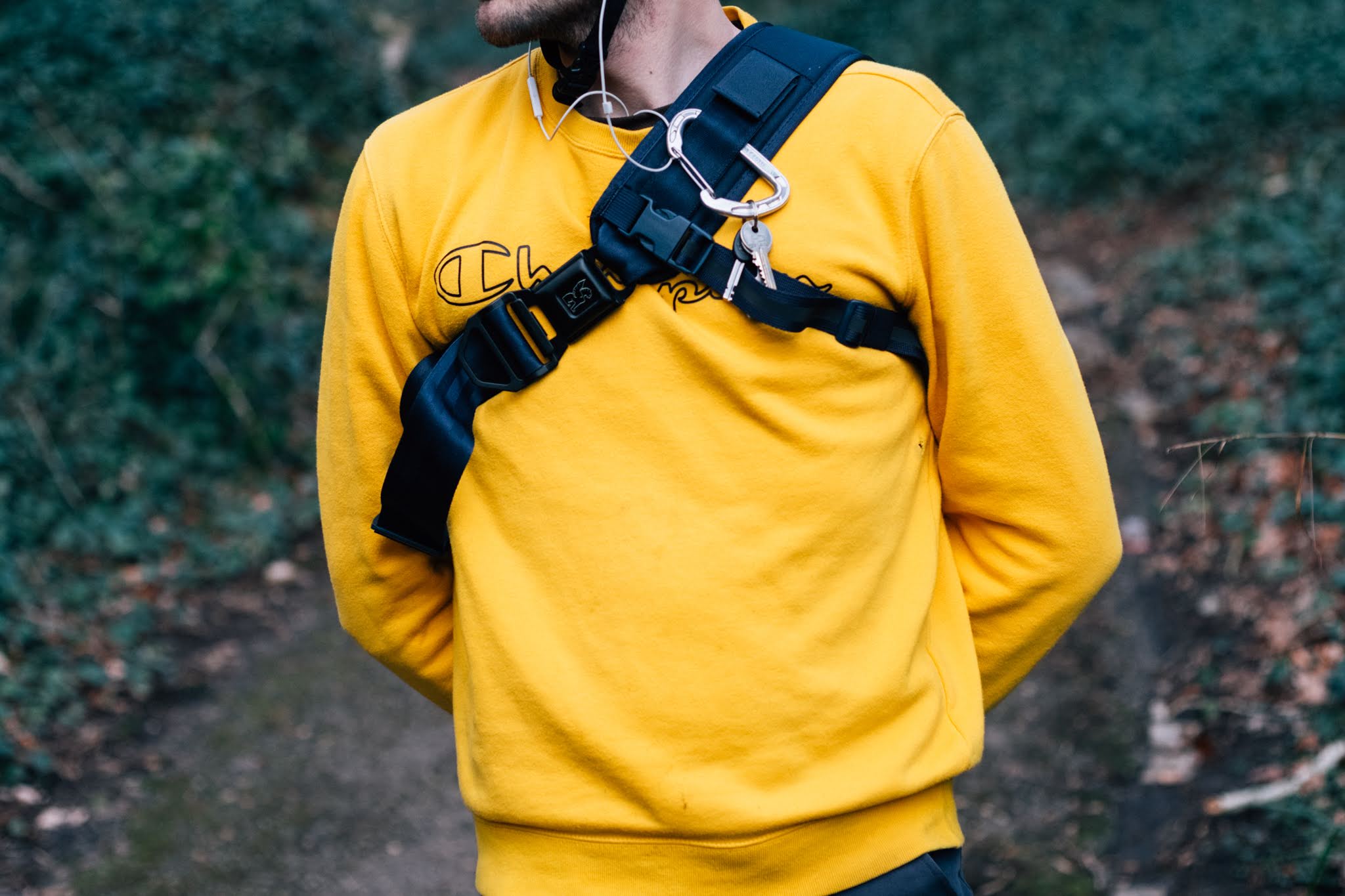 While riding, the Chrome Kadet Sling Bag is beautifully secure, with the additional stabilisation strap negating any tendency the bag has to slide around. This strap is also covered in subtle reflective detailing, which is a great touch for the safety conscious. Even when fully loaded it never flopped about, and given its small size it’s never going to be so full as to tire the carrying shoulder, as is often the case with larger capacity messenger bags.

Compared to a bum bag, the sling style of the Kadet felt like a safer option. Your upper body is more isolated from the constant bump and wiggle of your hips over rough ground, and it also has the advantage of being further away from the rooster tail spray of muck if you’re not running mudguards. Where it falls down slightly is if you’re carrying other heavier objects. As it sits at a 45 degree angle on your back everything falls to the lowest point, meaning if your camera is at the bottom, everything above it will be potentially bouncing on it as you ride along. A protective jumper solves this issue, at least until it gets too cold. I also found it was quicker to access the camera compared to a bum bag; you can just unclip the support strap, grab the buckle slider and pull it away and the whole bag rotates about your torso. Unzip, grab, snap, reverse. 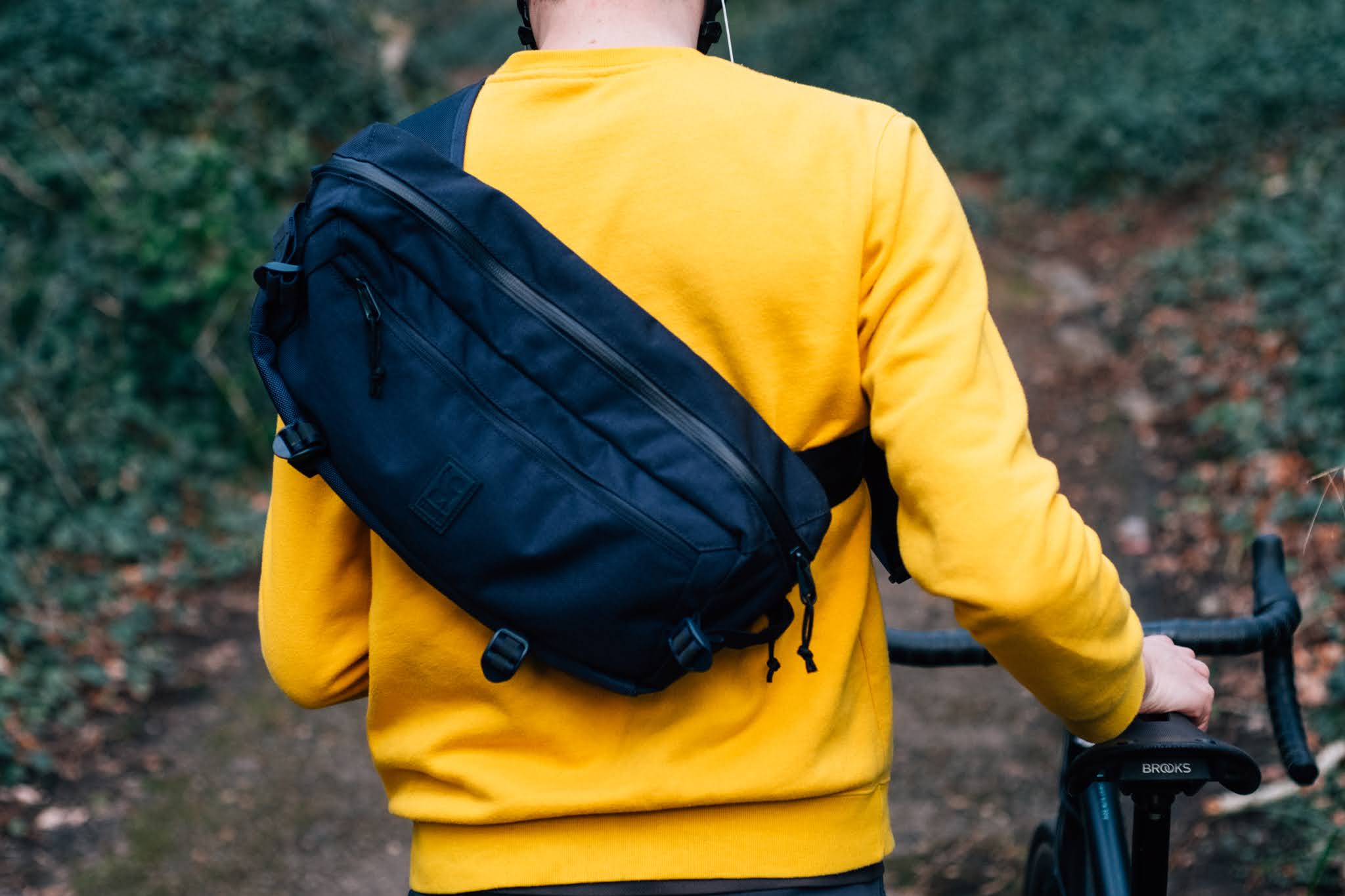 Having the load across your shoulder and chest has two disadvantages however. Firstly, if you have the lungs of a horse or become particularly out of puff up a grippy incline, your expanding chest causes the contents of the bag to compress. Not so much of an issue if you’ve just got inner tubes and a jacket on your back, but if it’s expensive electronics or Fabergé eggs you may need to loosen the strap a little to compensate, which can easily be done on the fly if you’re confident riding with no hands.

The second is that if you suffer from anxiety, and find a constricted feeling across your chest is a trigger for you, then perhaps a sling bag isn’t the right choice for you. Both of these are reduced the more aggressive your riding position, as the load is borne less by your shoulder and chest and more by resting on your back.

The build quality is fantastic, and I fully expect it to last for years. I’ve carried some truly daft things in my other Chrome bags, including entire bikes, and the Chrome Kadet looks like it could take similar punishment. If it does fail though, it’s good to know that it is covered by a lifetime warranty.

My only complaint in the build is that, unlike the majority of Chrome’s larger bags, the Kadet isn’t lined with heavy duty tarpaulin, and therefore isn’t waterproof. It is resolutely water resistant however, even surviving a full blast from the power shower, but if you are planning a sustained ride in a downpour you’d be wise to line with with a dry bag. 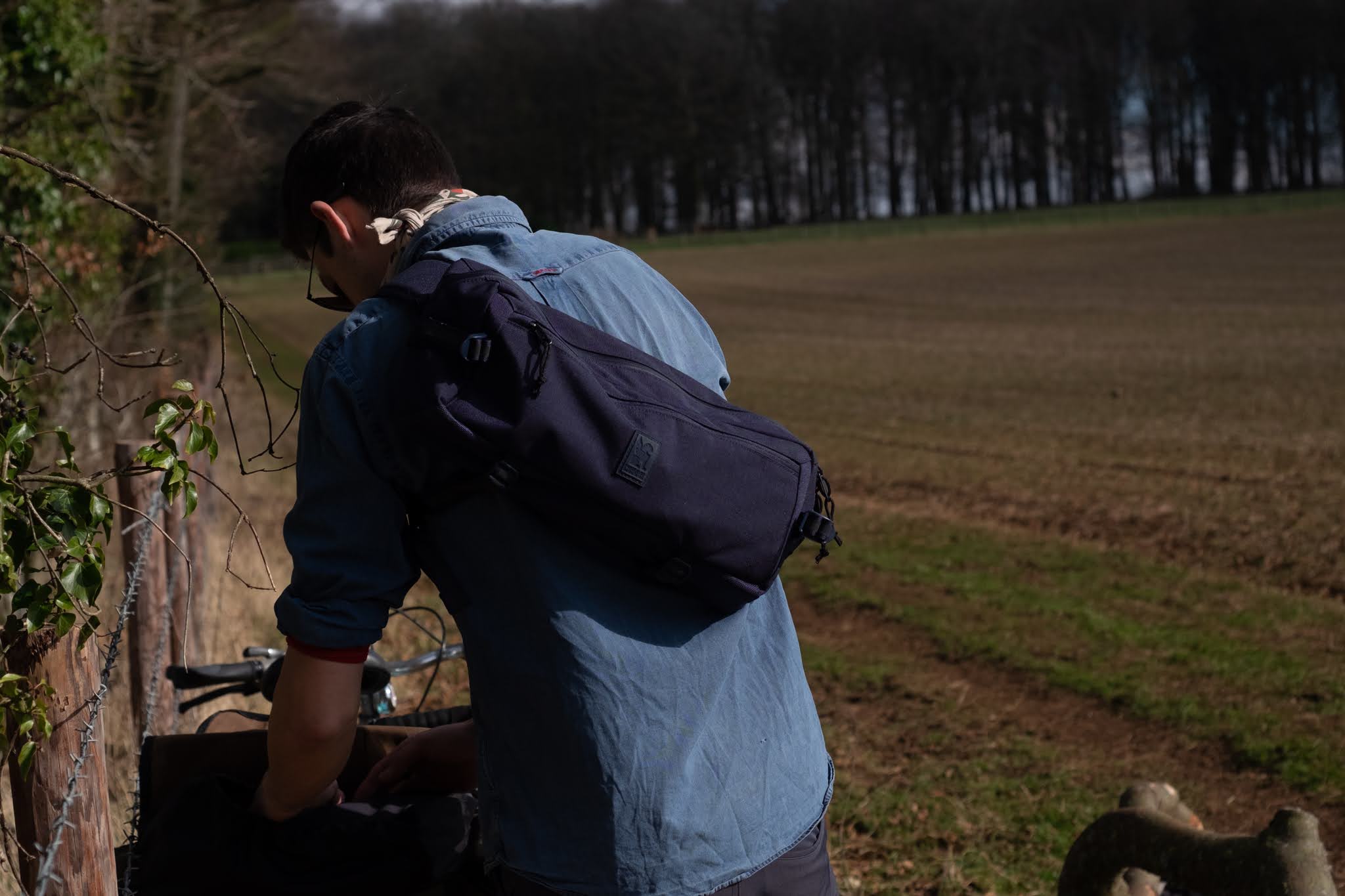 The Chrome Industries Kadet Sling Bag is an excellent bag: well made, comfortable and aesthetically very pleasing, particularly now that Chrome have branched out into some new colourways, including this Blue Tonal and an Olive Overdye. To say their range was a little monotone was like saying the Titanic had a small leak… Some bags (including this one) come in three different versions of black.

It is however, for most applications, the wrong size. It’s a little too small to do an evening shop, or to commute with. It’s a little too big to be just a camera bag, with the extra space taken up by things you probably don’t need to take but pack anyway, as nature abhors a vacuum. Despite this I found myself using it more or less daily, and it is great as a Camera Plus bag if you need a camera and a few extras (binos and bird book in my case). It’s also great for those times you just want to hop on your bike for 45 mins and ride around the city; throw everything in quickly, throw it over your shoulder and just get going. 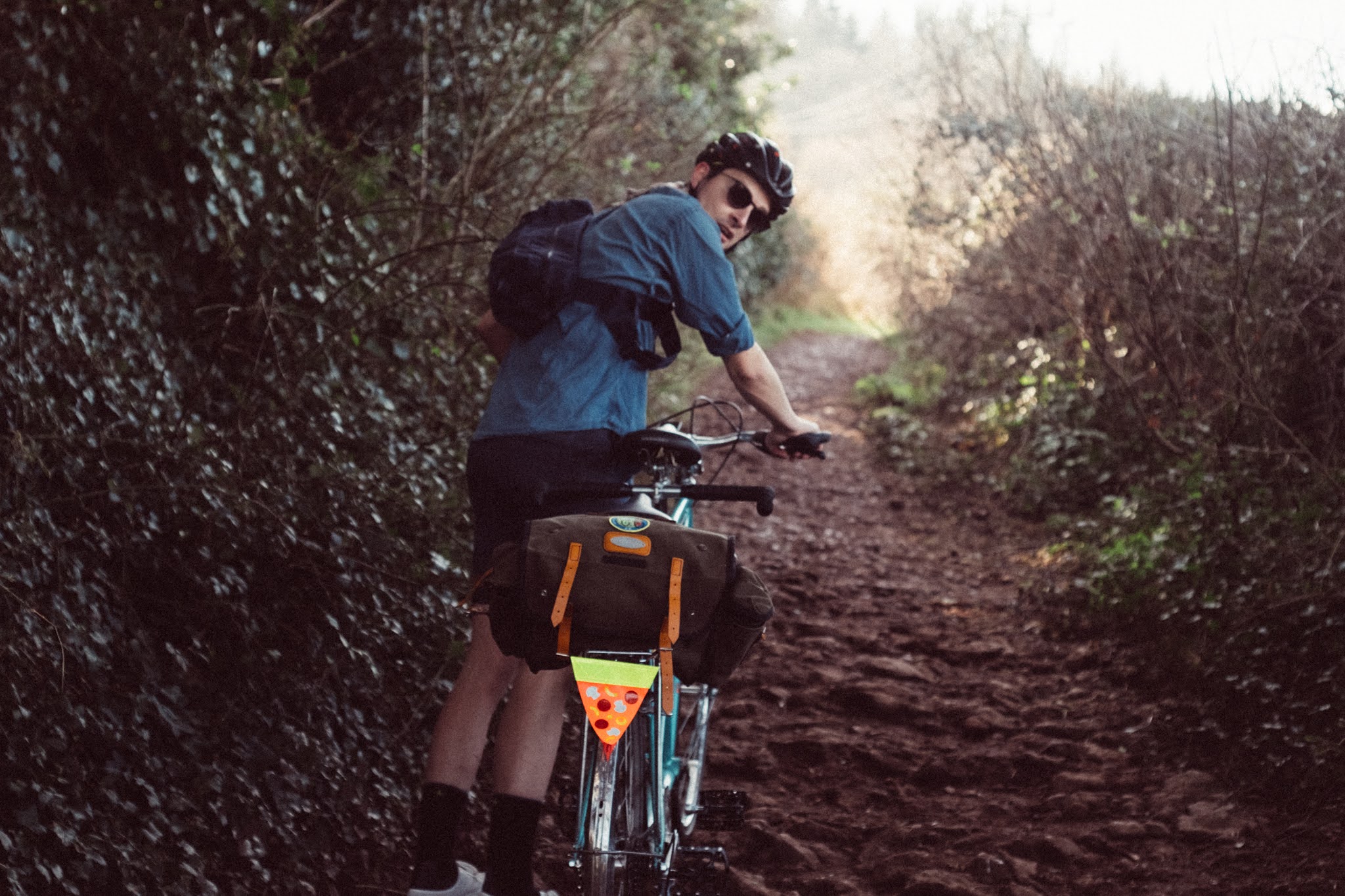 If you have a DSLR you want to carry then it’s a great option that will take plenty of punishment, particularly if you’re using a long lens. If you’re shooting mirrorless however, or with a more compact camera then the new Mini Kadet (£60 €70 $70) might be a better offering, which packs many of the features of its big brother, but in a more compact 4 litre size. 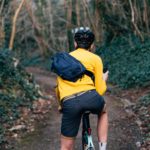 Bigger than a bumbag but not quite rucksack sized, a sizeable alternative for tools, snacks and camera kit on the bike.

Check out more at Chrome Industries

An additional benefit of the Chrome Signature Buckle: When you fall, it will smash your collarbone into 7 pieces, instead of 1 straight cut. I love the bag, but cannot carry it anymore after the accident