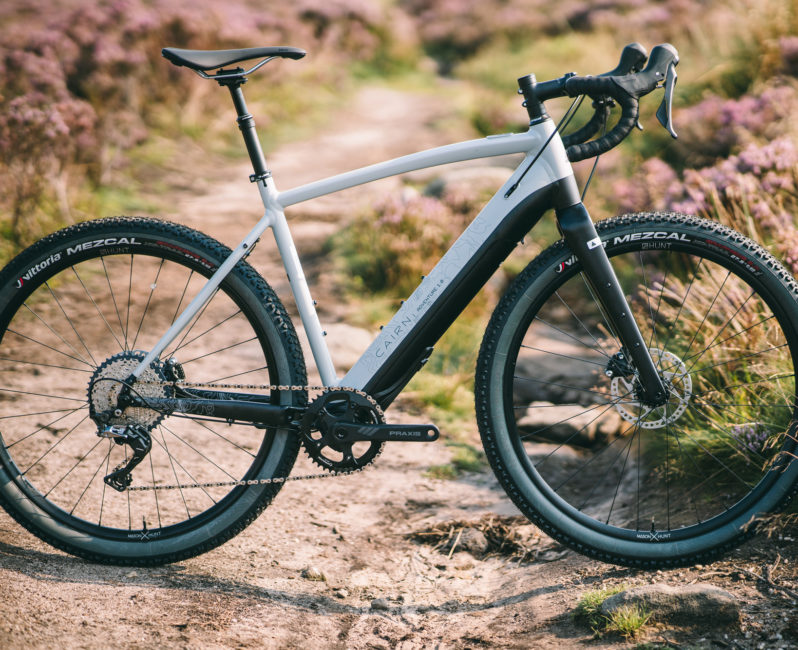 When you think of The Rider Firm.cc, a group of brands on the British South Coast including Hunt Bike Wheels and Privateer Bikes, gravel e-bikes might not be the first product that springs to mind. With the brand Cairn Cycles among their portfolio, that’s exactly what they’ve been working on. 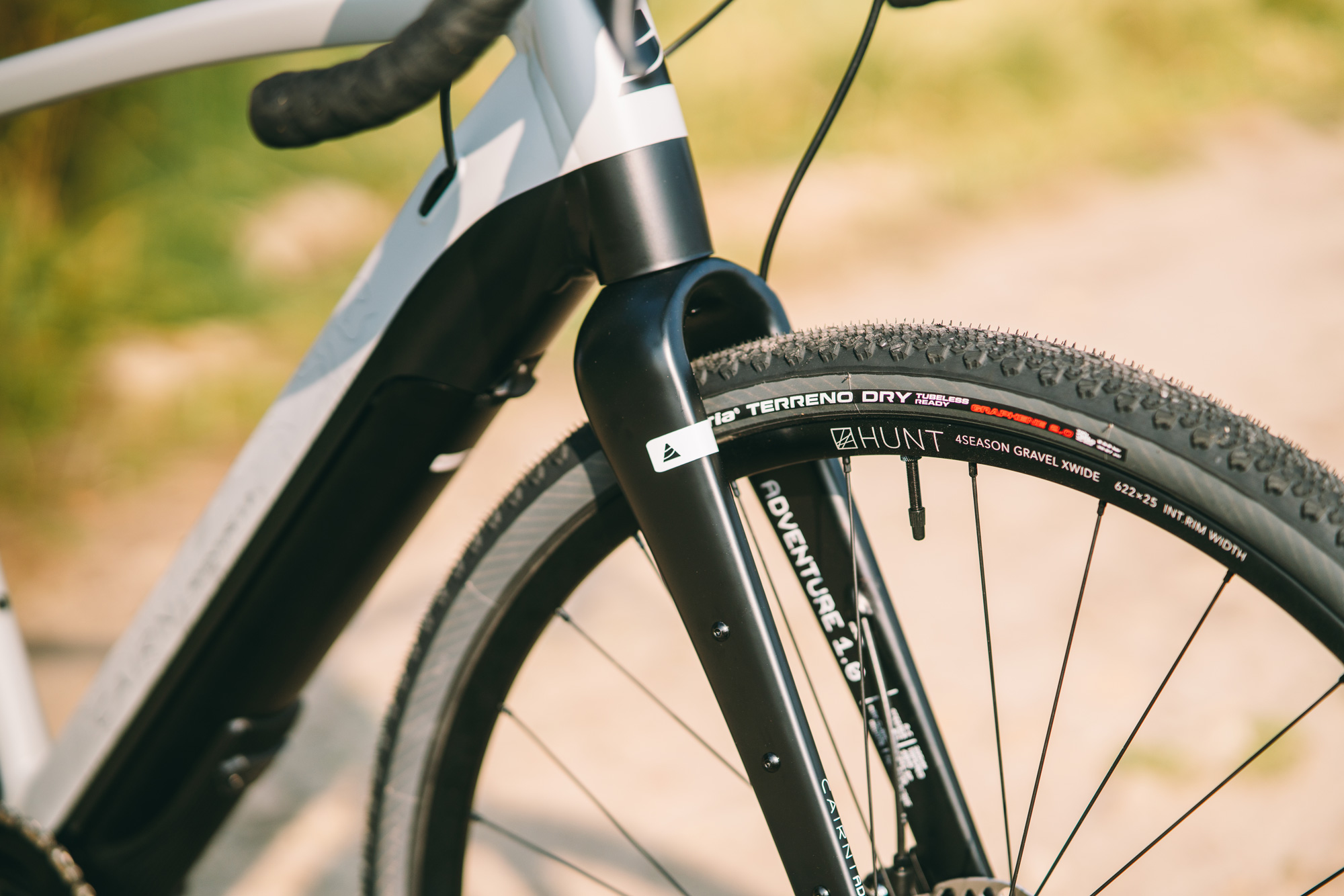 Made for adventure, the updated E-Adventure 1.0 still features plenty of mounts for longer trips

Despite a really positive reception by the cycling market, Cairn examined the award-winning E-Adventure for improvements that could be made for this year’s new release. Small changes give subtle aesthetic improvements like the cable guide positioning, but the most noticeable change is the adoption of Shimano’s gravel specific groupset, GRX. Cairn Cycles have used a mix of GRX componentry, including their braking system and ergonomic shifters, in combination with a Fazua Praxis crankset. 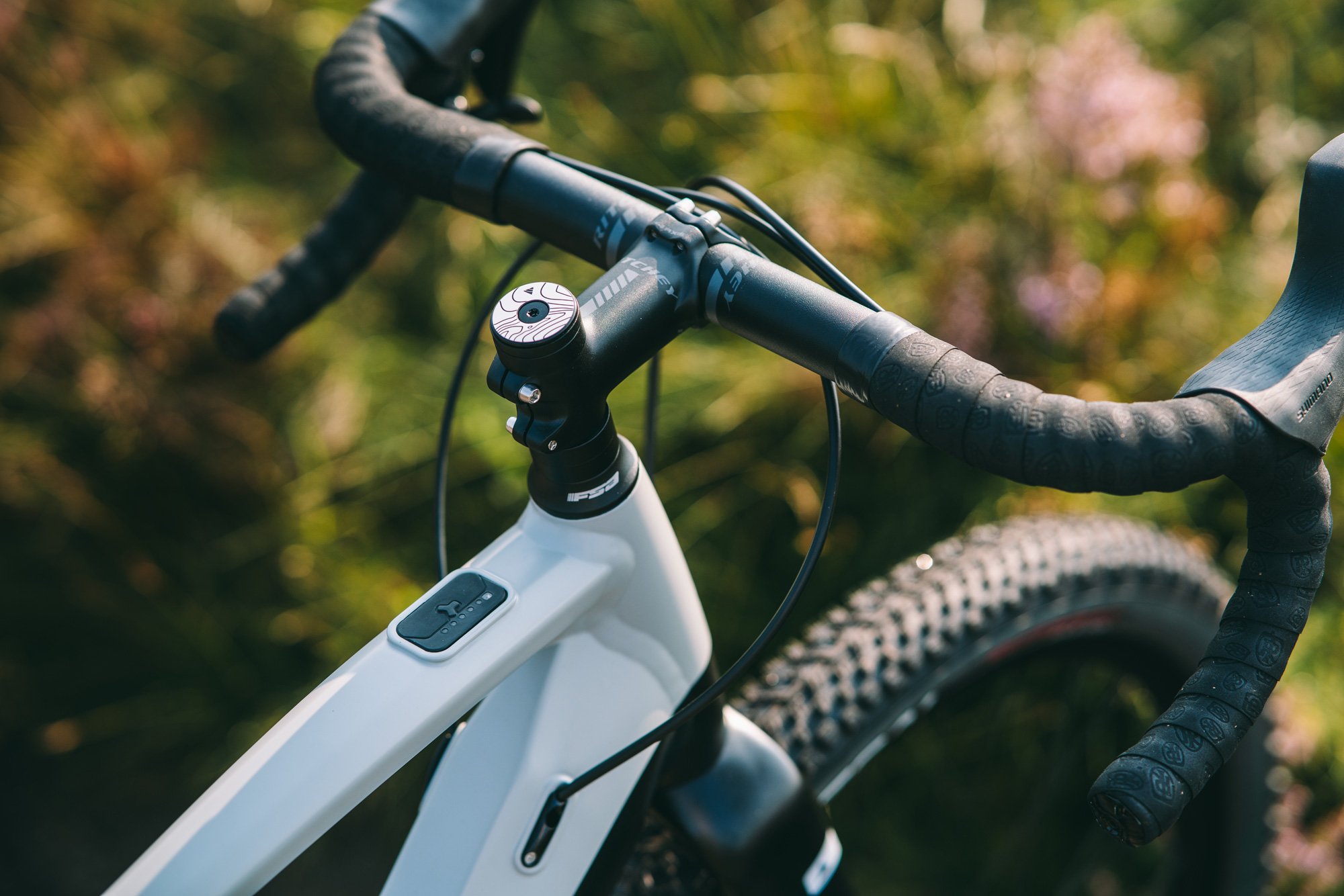 The frame has had a redesign, with an increased standover height giving more exposed seat post which is handy for shorter riders, comfort and bag attachment. A new asymmetric, removable plate can be used to mount mudguards. While the Fazua remote has a new position, integrated into the top tube rather than on the bars, much of the frame’s praised geometry has remained the same. 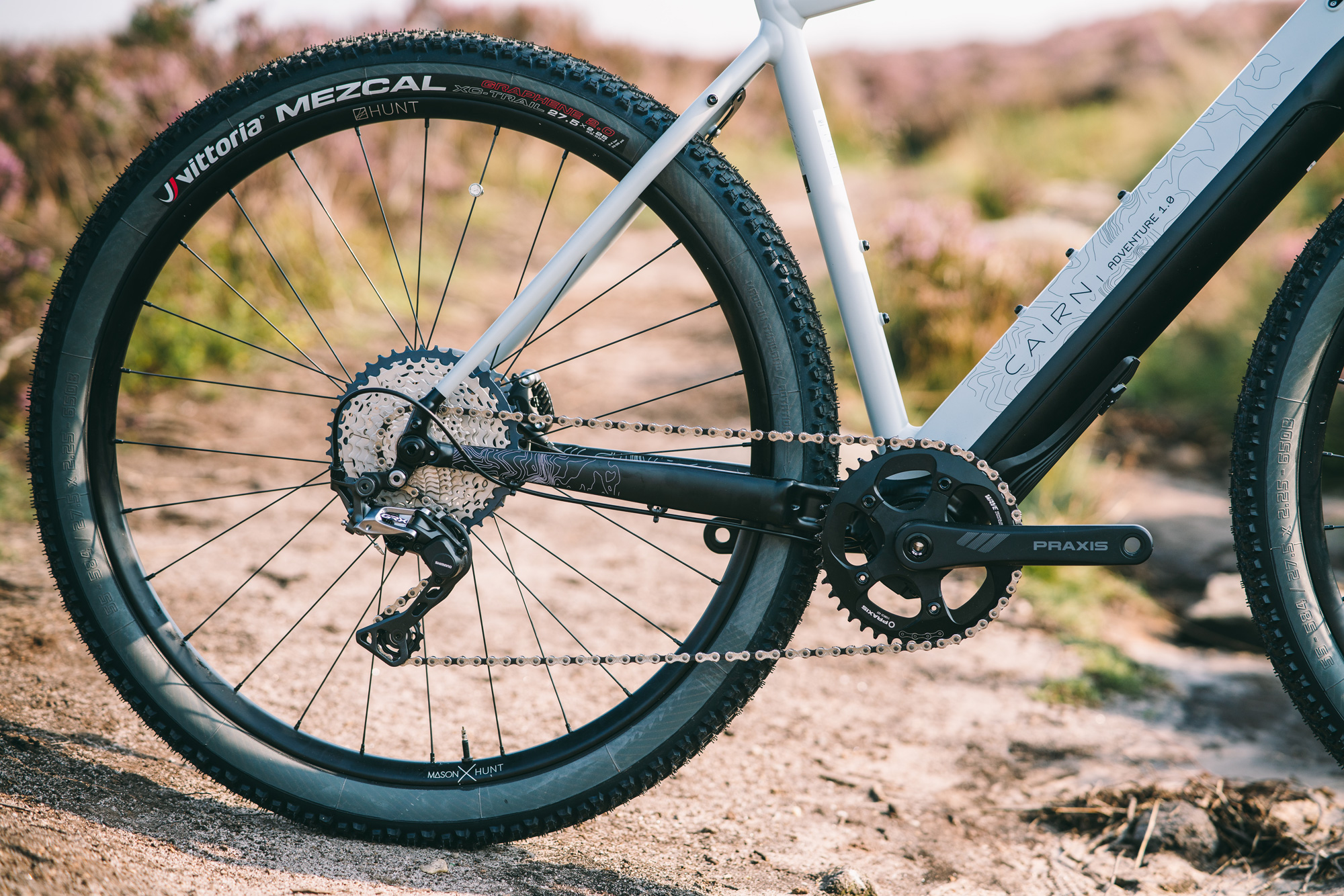 Working closely with their sister brand Hunt Bike Wheels, new Cairn specific Hunt E-Gravel Disc Wheels have been designed to increase longevity with a steel axle to deal with the increase in torque, and the new freehub has a bigger surface engagement at the pawls.

The recent Black Pepper Fazua Update to the Fazua electric system has given better control and usability as well as the ability to connect to most third party bike computers. This system now gives the rider dual-sided power meters, which as many would know are usually not cheap at all! 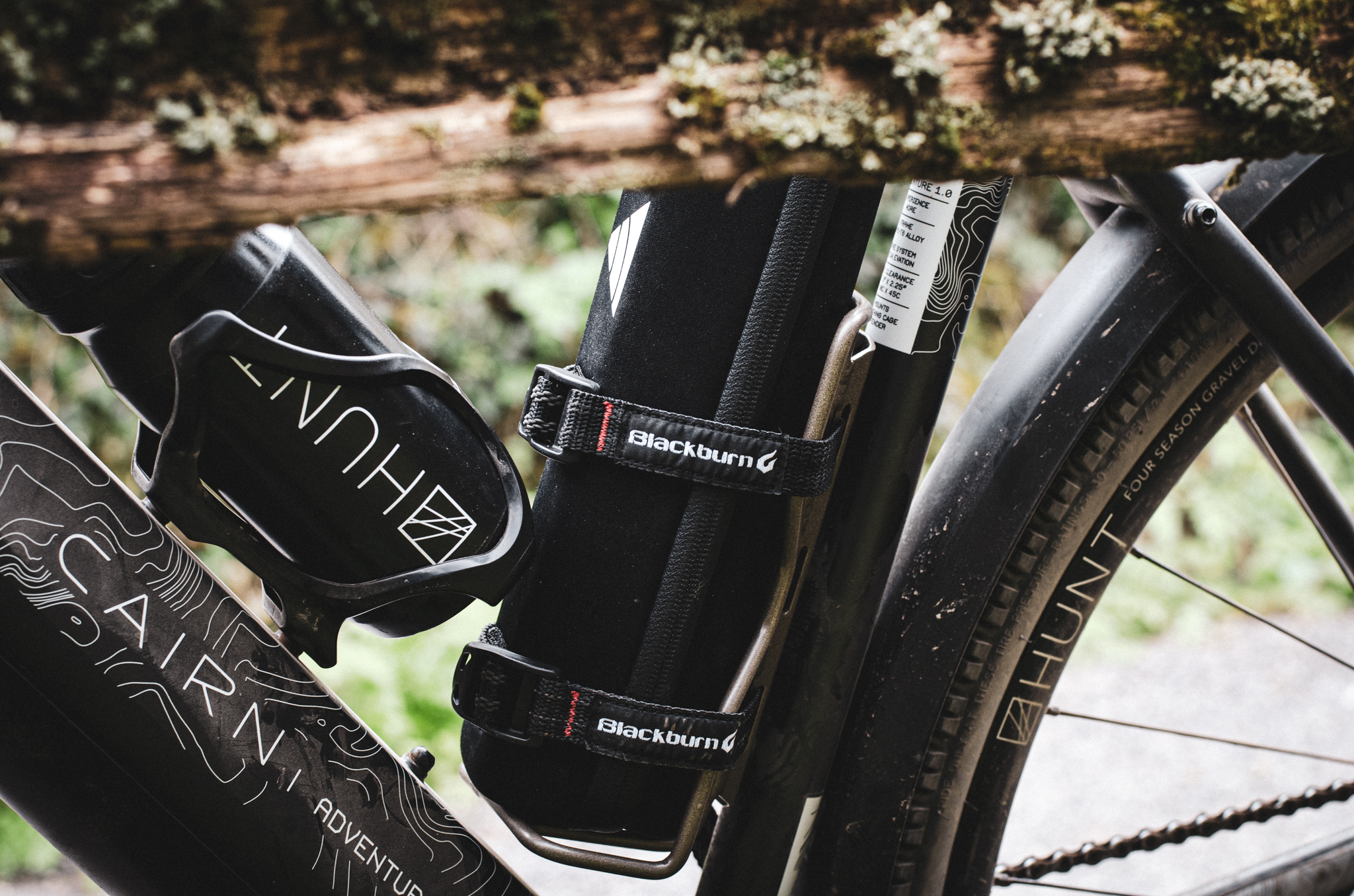 The Fazua systems batteries weigh in at just over a kilogram, and when combined with the Cairn Battery keg and Blackburn cage, means you can easily carry another full battery for extra range and peace of mind.

The 2021 model of the Cairn E-Adventure 1.0 is available in both 700c and 650b wheel builds. Depending on what kind of gravel riding you prefer, you can choose between Hunt X Cairn E-Gravel Disc wheels in 700c for more mellow road plus terrain, fitted with  Vittoria Terreno Dry tyres in a 38mm width, or the 650b build with Hunt Adventure Sport rims on Hunt E-Gravel hub with Vittoria Mezcal 2.25” front and 2.1” rear tyres, for riders that seek out more technical riding. 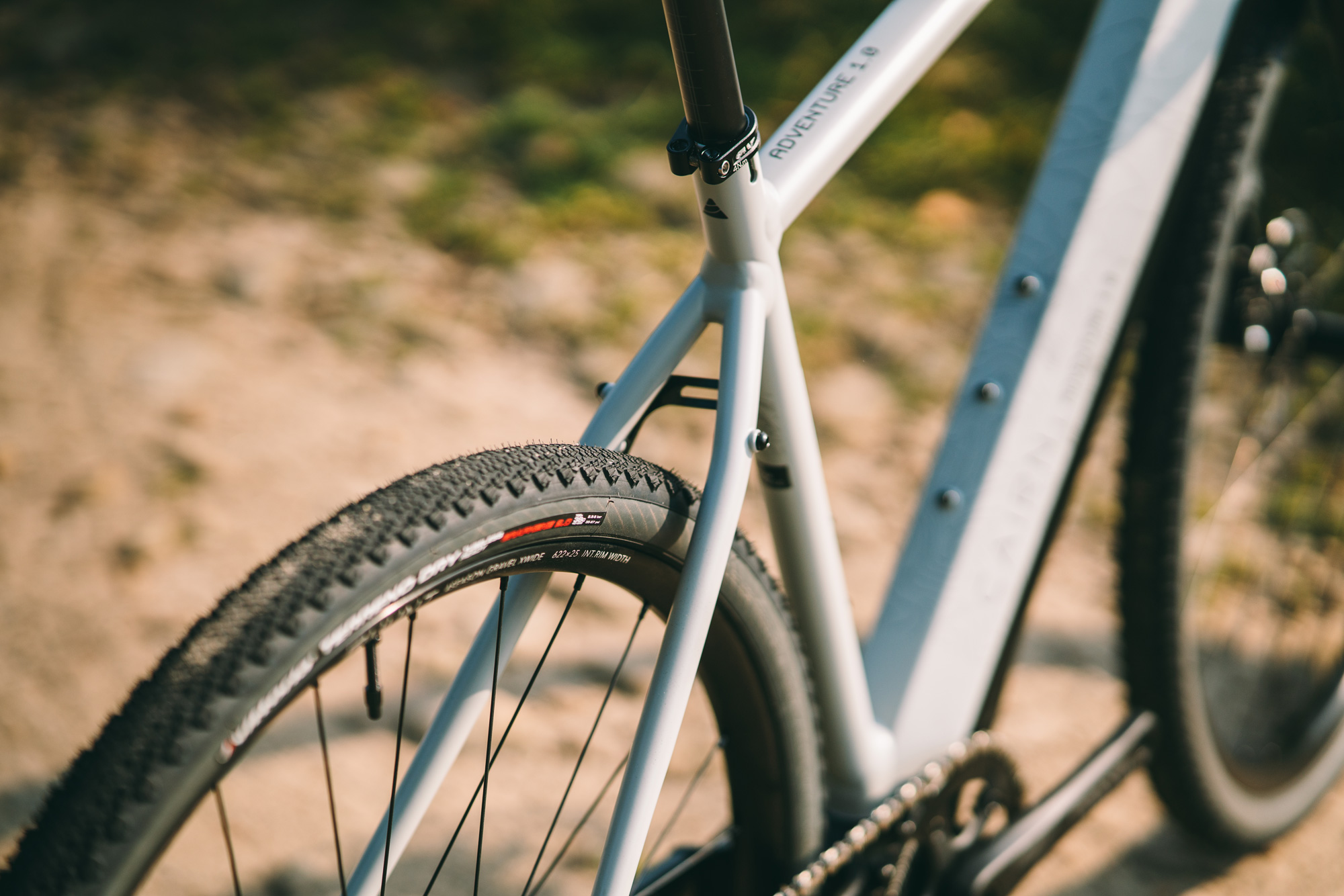 Apart from the obvious difference in wheel size, the 650b build also features a Tranz-X dropper post with 80mm travel, teamed with a drop bar remote which complements the kind of rugged riding that you might enjoy on this set-up. 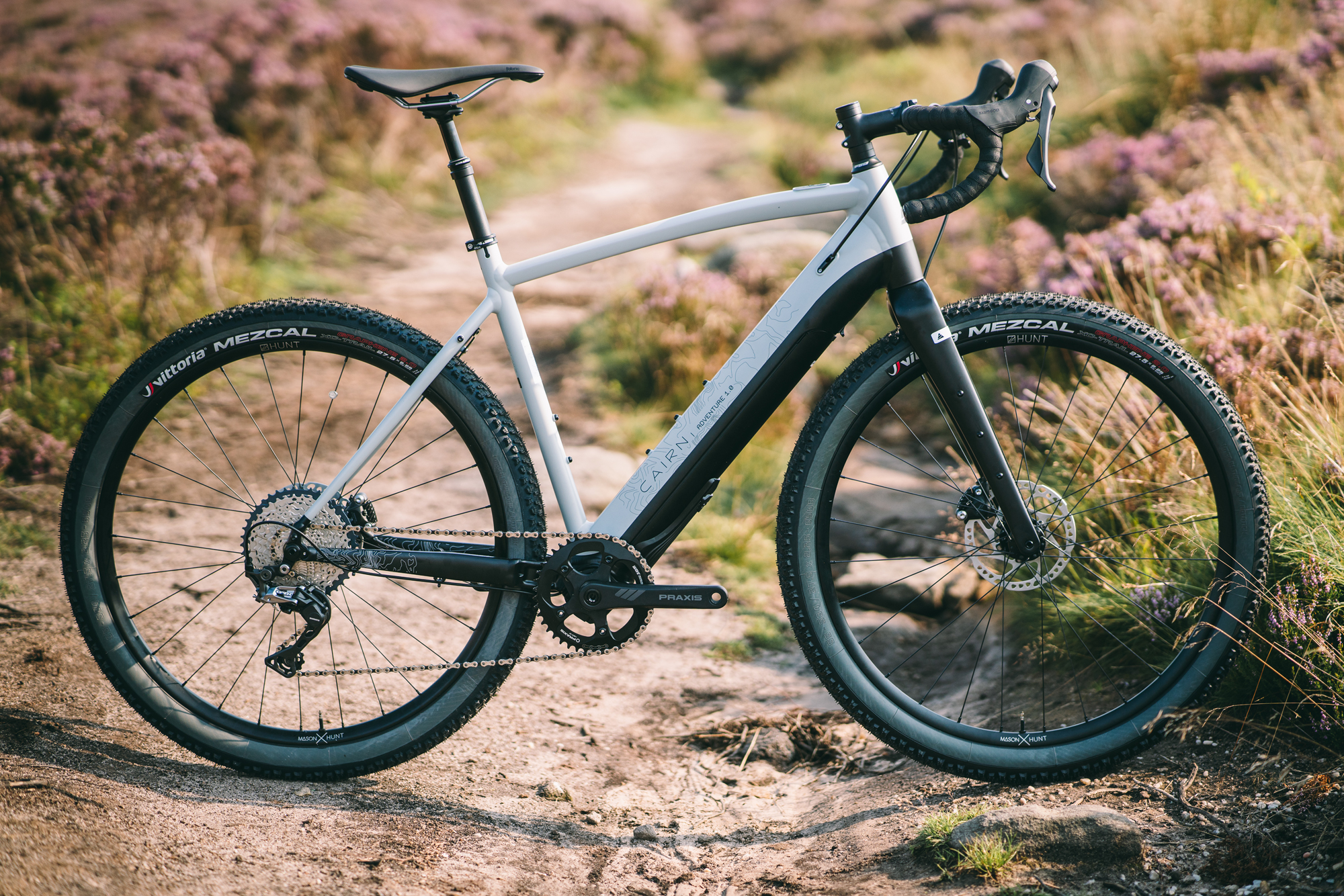 Besides the rowdier wheel size and tyres measured in inches, the 650b build also features an 80mm dropper

You’ll also find a few other differences in componentry choices for the 700c build, featuring a Ritchey cockpit and carbon seat post and Fabric bar tape and saddle, whereas the 650b build features Cairn’s own finishing kit. Check out the full spec list here.

Not your ‘typical’ target audience

Cairn Cycles’ marketing approach hasn’t been what you might typically expect from an e-bike brand, placing the wheels under ultra endurance cyclist Josh Ibbett and rock climber Steve McClure.

Josh has been riding the original E-Adventure for many months, claiming it makes for ‘a really useful training tool.’ Josh went on to explain his logic, ‘I use it for recovery rides as I’m not disciplined enough to go easy on a normal bike! But the Cairn allows me to ride fast and keep the heart rate low. Recently it’s also been great to get me back riding as I recover from a knee injury and gradually build up the duration while allowing me to keep the force low on my knee.’ If it’s good enough for the first finisher of GBDURO…