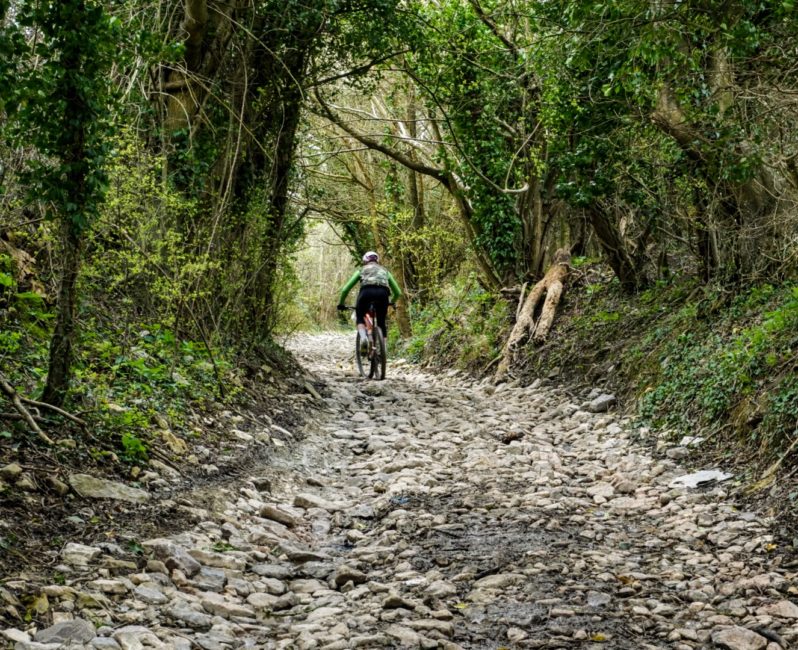 Born out of doorstep exploring during the UK’s lockdown, the Bristol Green Belt 360 gravel route is a complete circumnavigation of the UK’s fifth largest city, taking in bridleways, byways, tracks, cycleways and roads.

Don’t be fooled by the distance; this certainly is a challenging ride. For this reason, the full 360 has also been split in two, so you can try the North 180 or South 180 loops before tackling the whole thing in one go. The South loop is definitely more hilly and technical, which includes Dundry Hill, whereas the North loop is more beginner-friendly and much flatter too. 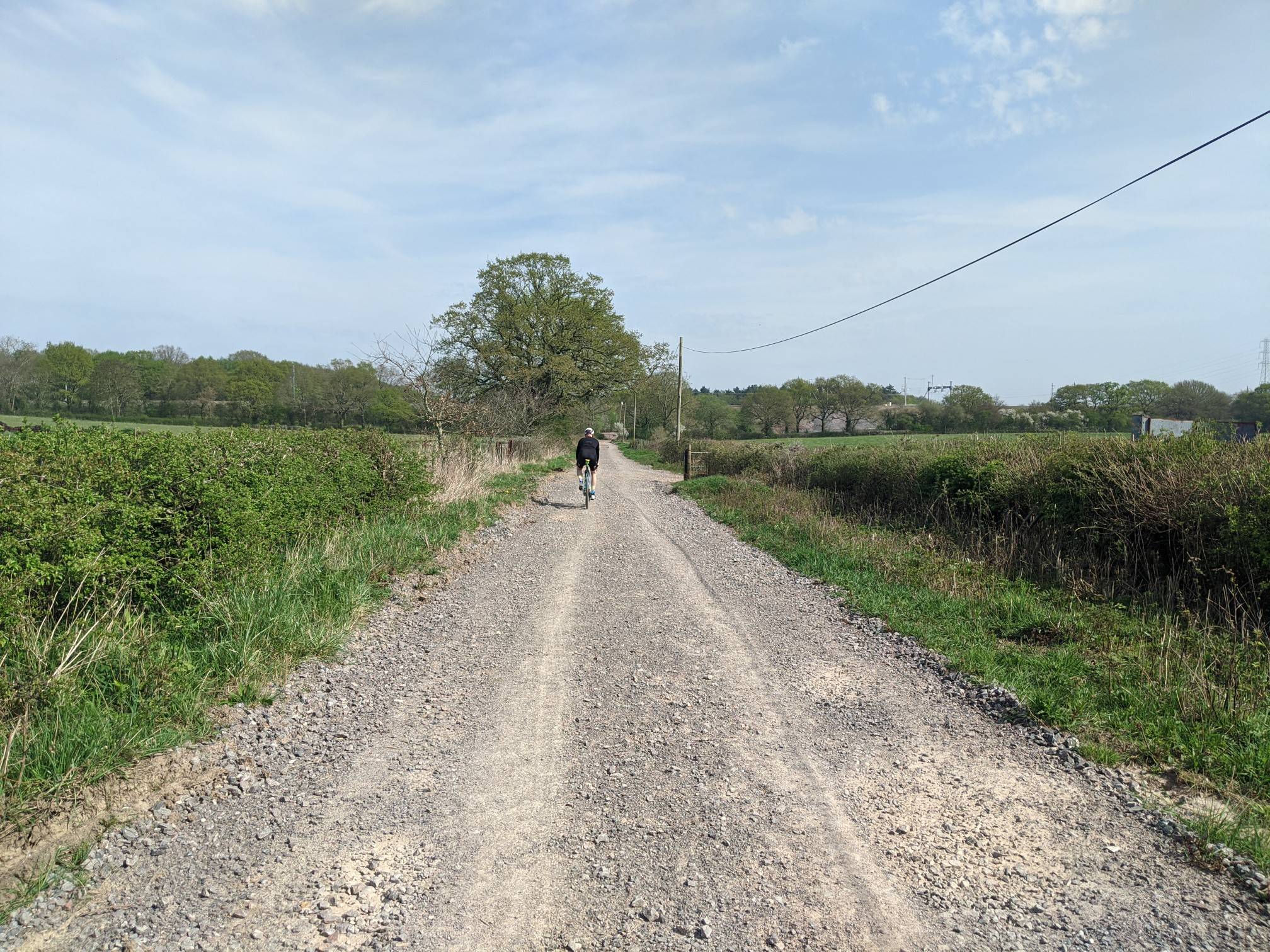 The beauty of a circular route like this is that you can join at any point, and you’re never too far from the city either if you feel like you’ve had enough. A suggested central starting point is Business As Usual, the home of local cycling club Das Rad Klub and bike workshop Forever Pedalling, which means your ride out to the circuit is on the traffic-free Bristol to Bath railway path. 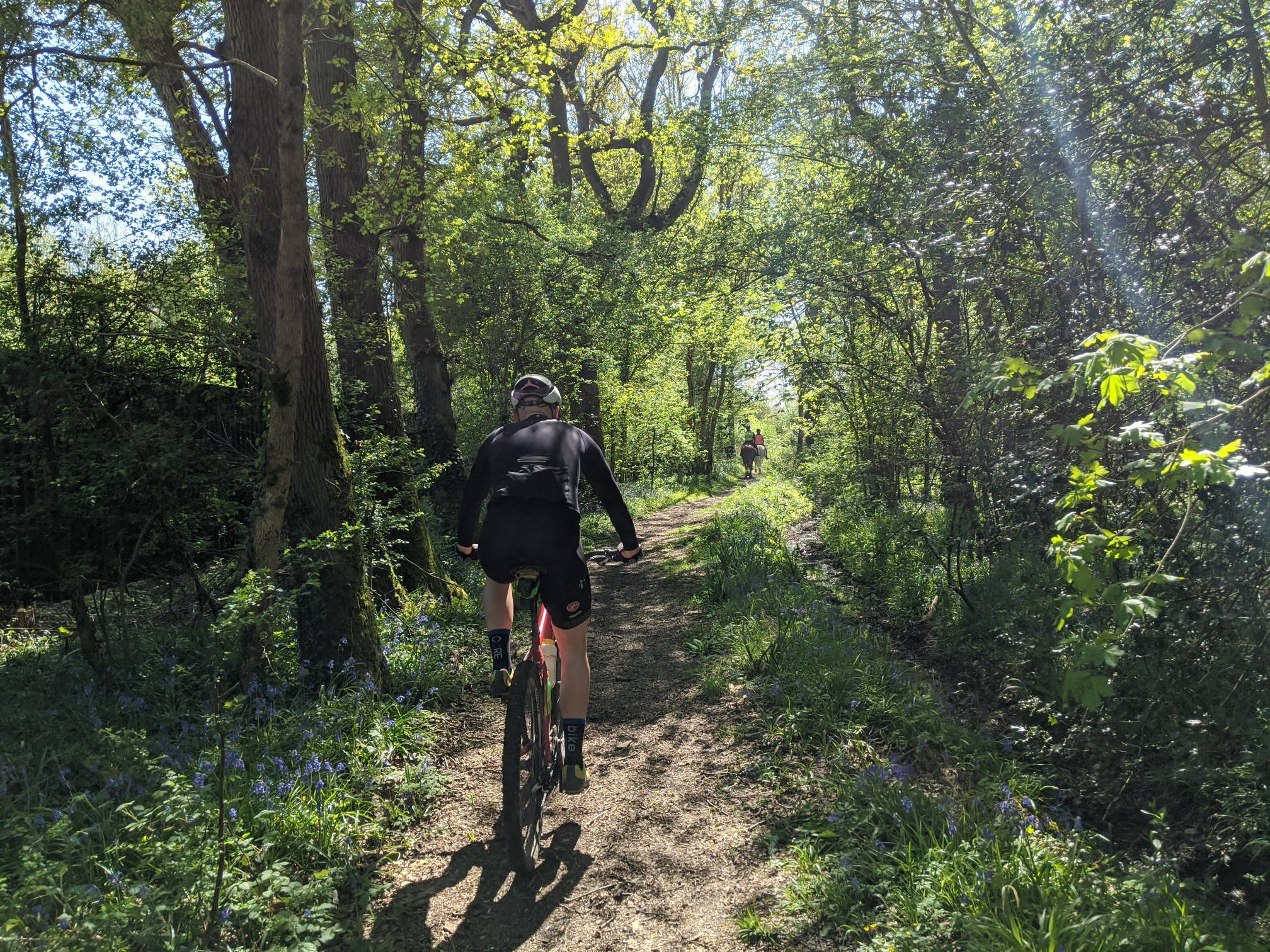 Urban gravel at its finest

Bristol is a fantastic city for urban off-road cycling, as ‘considerate cycling’ is permitted in all the city’s parks. You’ll need to make sure you give way to other trail users and look out for dogs too 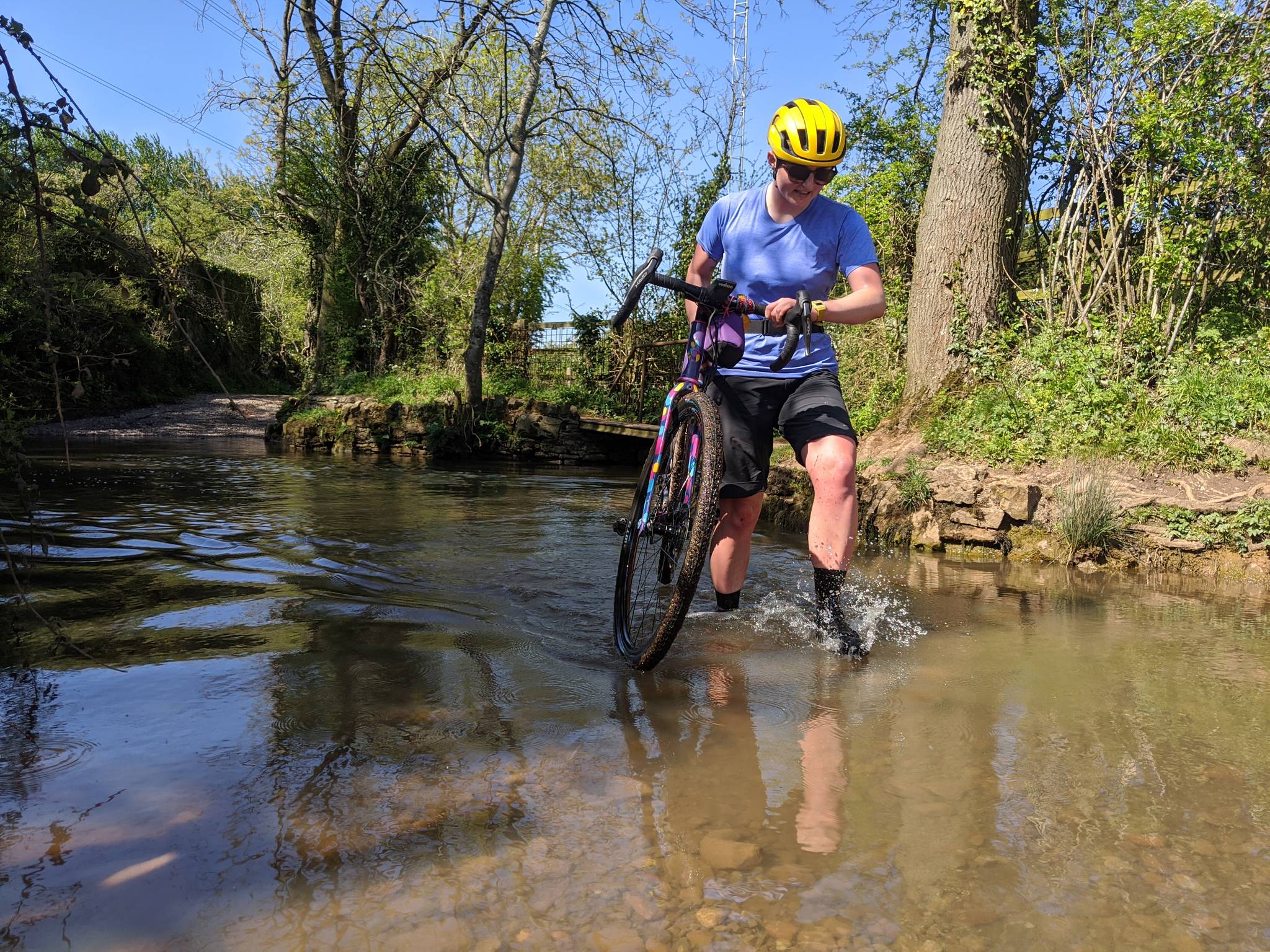 You’re not far from the city, but there’s even a water crossing!

Which bike is best?

In reality, there is no perfect bike for this route. A mountain bike (short travel hardtail/XC/rigid) will certainly help you on the more technical sections like the Dundry singletrack descent or the rocky Queen Charlton byway, but won’t be quite as efficient on the linking road parts.

A gravel bike is probably the best compromise, and you should be prepared that you might need to walk some parts, so MTB shoes and pedals come highly recommended! In the winter or after heavy rain some of these trails will be muddy and wet, but isn’t that half the fun? 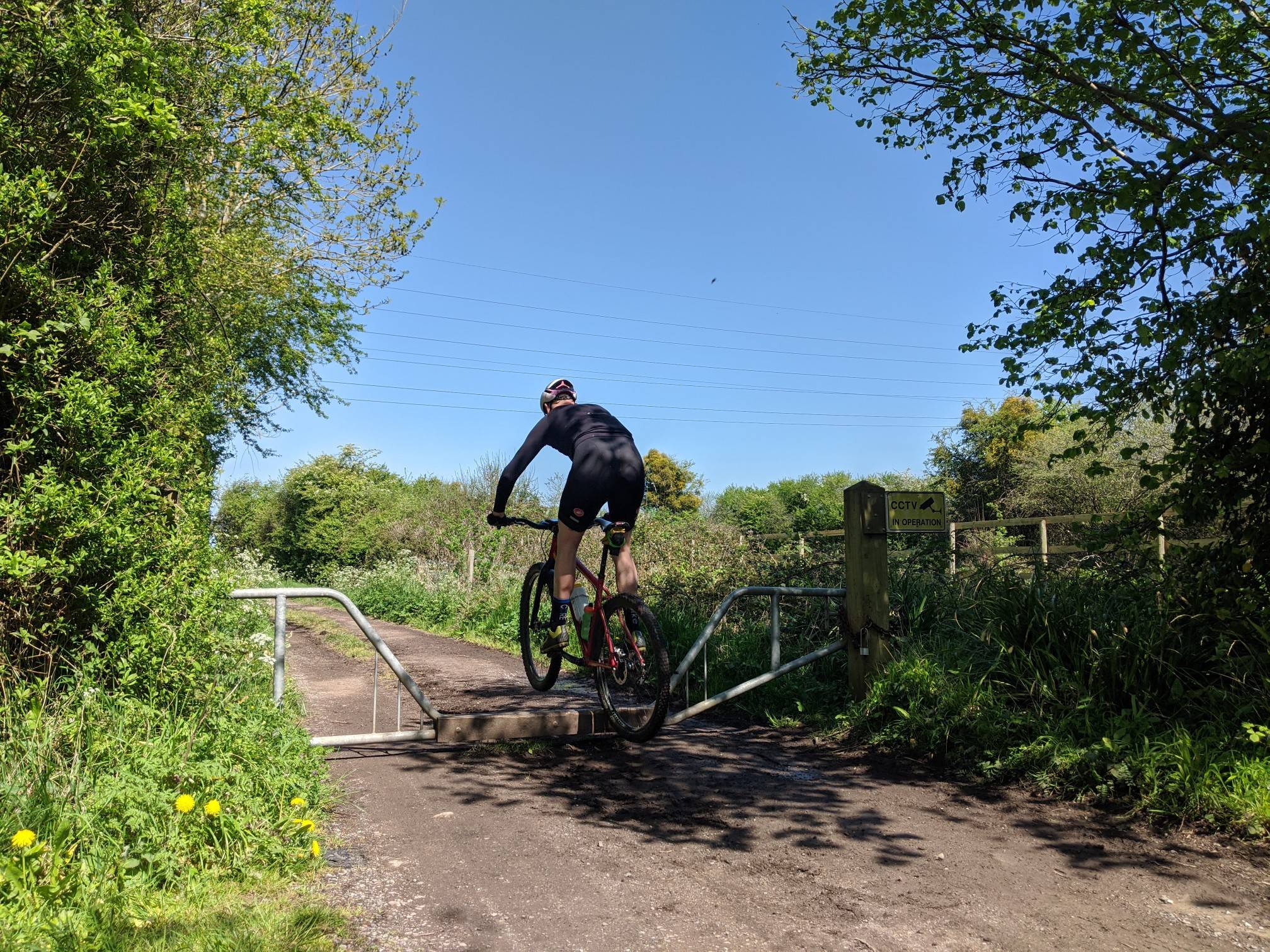 An XC style mountain bike has some clear advantages!

What you said about the Bristol Green Belt 360

After two very rainy days we were very happy to ride it on hardtails, because some of the roots and rocky sections were lethal. Also some of the great singletrack trails were very overgrown with stinging nettles (still itchy this morning!) so thoroughly recommend covering up arms and legs… The Keynsham off-road climb should be called ‘Rocky Horror Show’, but all good fun! Very good farm shop that makes delicious sarnies just off the route before you climb up to Failand. The second half of the ride is easier, and we were grateful for it. Recommended day out! – Harry Dowdney

Brilliant route that! Proper Goldilocks zone, nothing felt like a contrived add on. We went clockwise starting at 9 o’clock so it just got progressively more difficult. My goose is well and truly cooked! – Zetland Cycles

We did the northern half of the Bristol 360 route today in the late September sun and just wanted to say what a good ride it was. Looking forward to the south half. – Mike and Emma 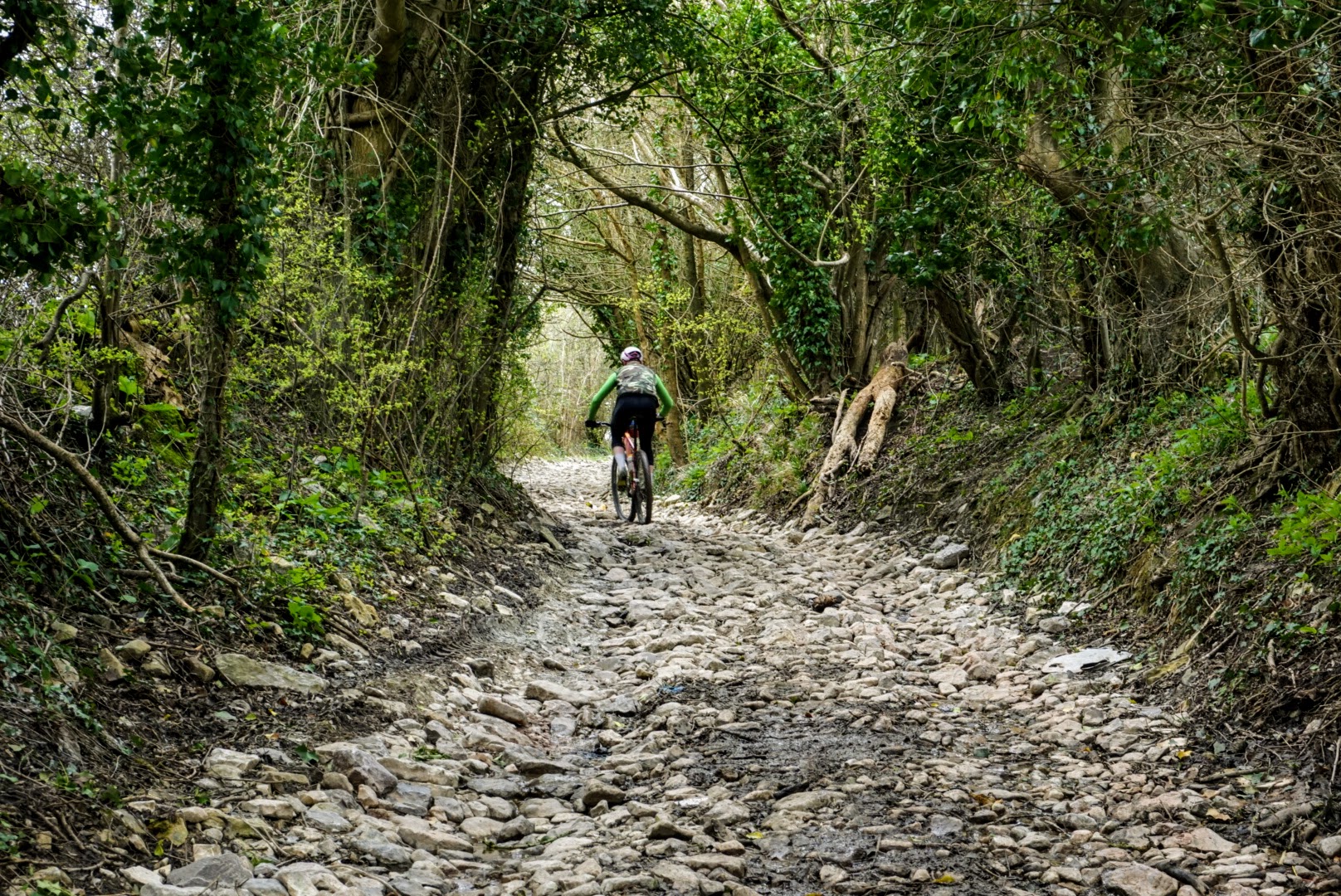 Some parts are harder than others… be prepared for a bike of a hike!

Leave a comment with any questions about the route, and let us know how you get on! For more gravel routes around the city of Bristol, have a look here.