The Alpkit Rhythm 3/4 Bibtights are medium weight, non thermal, bib knickers. Used on their own, I would anticipate wearing them up until the temperature drops to 5 degrees, but no more. You might extend this by employing them as liners for baggy or waterproof shorts. Otherwise, pack them away for spring.

The material is light and stretchy. Sweating isn’t that much of a problem at the moment so I haven’t been able to test the claims of breathability.

The shorts supplied were a size up from what I would normally wear. Having said that, there wasn’t any loose material flapping about that I was aware of! As the garment was not as ‘snug’ as maybe it should have been, I can’t really comment about the chamois straying in place…or not as the case may be.

There are three stand out features, namely:

Unlike many modern inserts, the Rhythm chamois is quite simple and noticeably bulky. In use it is comfortable enough and I really didn’t notice it while riding. This is a good thing and Alpkit claim a lot of their budget went into the investment of quality pads for the new Rhythm range.

Alpkit have used a zigzag lockstitch on the chamois. They assure us that this is superior to a standard flatlock.  The garment is made in the same factory as some well known, premium, brands who specify the same pattern.  We have had no issues so far but find the standard flatlock pattern can be more durable. The best thing we can do is report back when the shorts have had a lot more use.

Alpkit Chamois – skimpy stitching? The ‘zigzag’ lock doesn’t unravel if a thread breaks. So less is more in this case.

From my experience of riding in the Alpkit Rhythm bibshorts, I found that  the silicone strip is too thin. It took no more than five minutes for the legs to start slowly riding up. A larger band of silicone would have been more advantageous at combating leg creep.

A single strip of silicone

The Alpkit logo is picked out in bold  reflective lettering on one leg. It works well, but ideally it would be on both legs and an additional reflective feature on the rear. It’s just reassuring to have some reflective elements on clothing when hitting the lanes after dark and from my own experience as a driver, it does catch your attention. 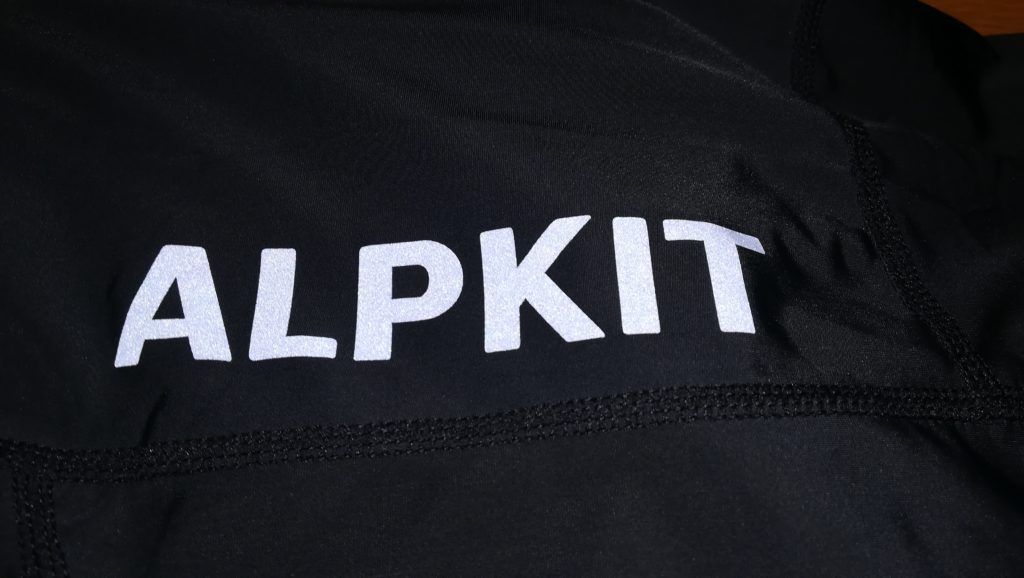 Let’s be fair, you can’t compare them with Castelli or Rapha, so my score will be based on what you might expect within the price range.

Given that caveat, they offer reasonable value for money. They aren’t perfect, and they could be improved with a few, simple, upgrades. Better leg grippers being the key one.

I have reviewed the Galibier 3/4 Peloton Bib Knickers elsewhere. In my opinion, they are better finished and at the same price, are the better buy. A couple of simple improvements and there wouldn’t be much between them.

Open
We don’t really want to talk about autumn alread

We don’t really want to talk about autumn already, but this event always books up quick and is a real belter.
North London Dirt is a wild mashup of urban gravel and byways that meander out of the City and lazily loop back in again, finishing with a locally brewed beer at the end. How refreshing! Limited places, unlimited fun.
Visit @TheRideJournal and follow the link in the bio. ...

Open
Someone mentioned our feed was looking a little to

Someone mentioned our feed was looking a little too dry and dusty with the recent adventures in the Atlas Mountains. So here we are, back in sunny Wales enjoying some liquid sunshine! ...

Open
Dropping out of the Atlas Mountains one final time

Dropping out of the Atlas Mountains one final time before hitting the flat and rolling in to the coastline finish. It’s been tough, it’s been emotional. It’s definitely been an adventure! ...

Big adventures on a little island. @emma_osenton enjoying the sun and exploring the gravel roads of Lanzarote. ...

Open
Decent trails again. And finally some signal!! #at

Open
Atlas Mountain Race and the stoke is high.

Atlas Mountain Race and the stoke is high. ...

Open
230km deep into the #AtlasMountainRace and the Sal

230km deep into the #AtlasMountainRace and the Salsa Cutthroat is a total dream to ride! Some of these trails would be pretty rough going on a gravel bike, whereas the Cutty just soaks it up. .
.
.
#amr2020 #amr2020cap105 #salsacutthroat #salsacycles #adventurebybike #bikepacking #straightcutdesign #morroco #cycling #adventure ...

Open
A hot one in the Atlas Mountains today, which made

A hot one in the Atlas Mountains today, which made it all the easier to stop and admire the views. .
.
#atlasmountainrace #amr2020cap105 #adventurebybike ...

A quick break from Atlas Mountain Race dot watching to zip out on the Mason Bokeh while Storm Dennis is caught napping. ...

Open
Causing mayhem in the Atlas Mountains by taking ph

Causing mayhem in the Atlas Mountains by taking photos of the non-drive side. ...

Open
Packed, fettled, tweaked...ready to go! As for the