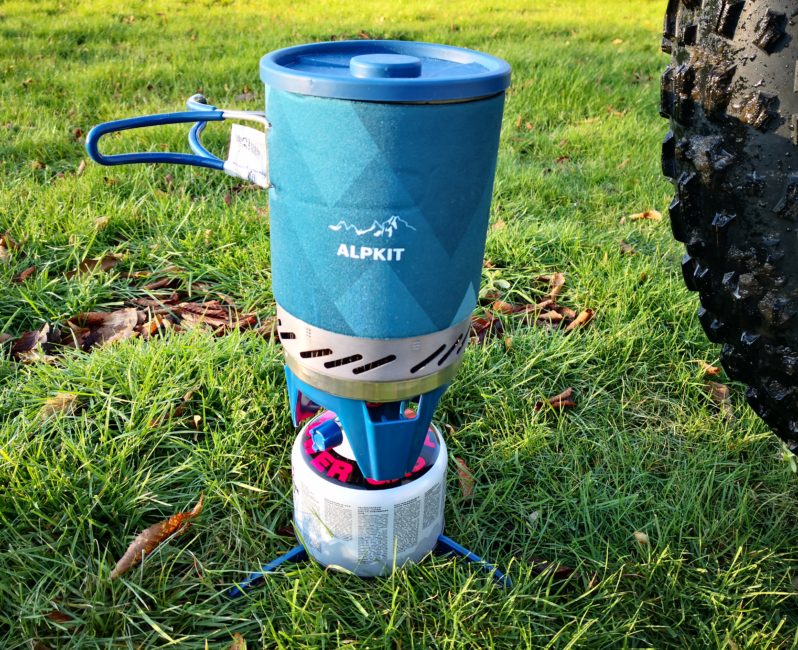 Time for a brew

I love a coffee and cake stop as much as the next man, but what if you are way off the beaten track? The chances are that you will be carrying a stove for those morale boosting cuppas and essential nutrition. The Alpkit BruKit could be all you need for that brew up. It is an all in one stove and pot combo that uses standard gas canisters. There are plenty of other stoves on the market but what we wanted to find out is whether this stove is one we would confidently take out on a big ride.

At first glance, the Alpkit BruKit looks remarkably similar to a Jetboil stove. As I own one of the original Jetboils, I was intrigued to see how the two compare.

The BruKit comes complete with everything you need to get going.

There is a 1-Litre pot with inbuilt heat exchanger, neoprene pot sleeve, rubber lid and the all important gas burner. All of these come in a stuff-sac. You also get an adapter for standard cooking pans as well as a tripod that attaches to your gas cylinder.

You have to buy these last two items separately with the Jetboil, and you don’t get a stuff sac either! 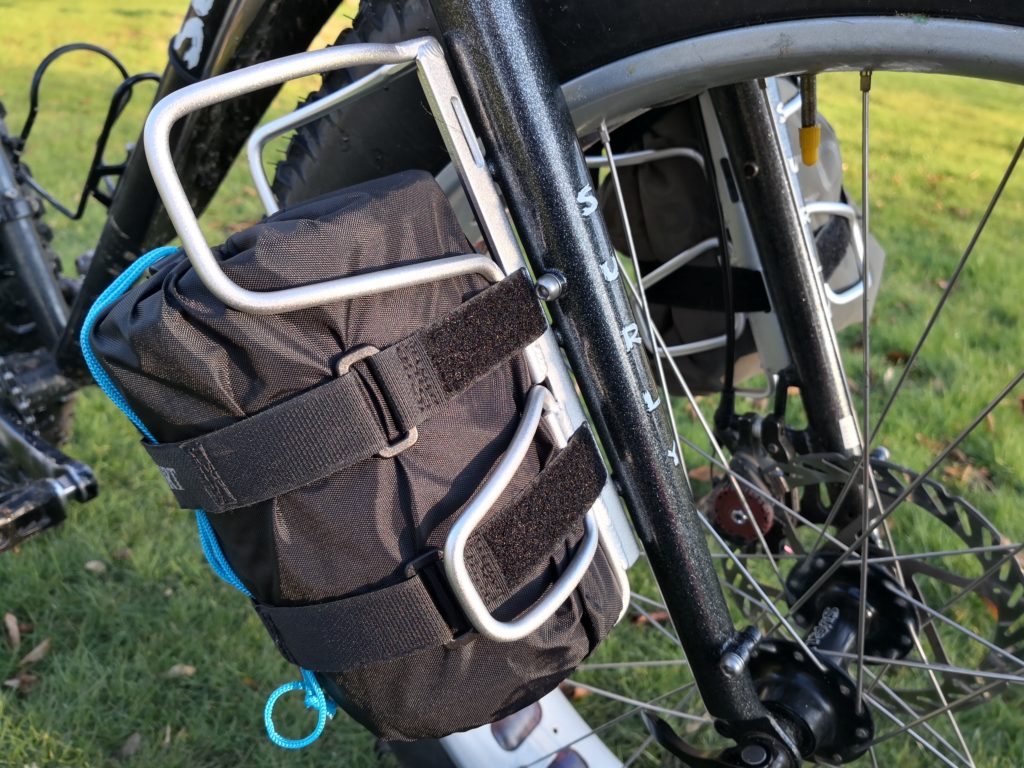 There’s no replacement for displacement

My original Jetboil weighs 480gms, while the Brukit is 590gms. Having said that, it has twice the capacity (1 litre vs 500ml) so the weight gain is negligible. Despite the greater capacity, the Brukit is 15mm shorter and only 25mm wider than the Jetboil!

The beauty of these integrated stoves is ease of use. Screw on the gas canister, screw on the pot, fill it with water and use the integral igniter to get it going.

The BruKit pot has a built in heat-exchanger, which increases the surface area ensuring more efficient heat distribution. Consequently, you get the dual benefits of faster boiling and reduced fuel consumption. The heat-exchanger also acts as a wind-shield further preventing heat loss.

The tall pot is not ideal for cooking (as opposed to just boiling water) but the adapter makes it easy to use standard pots too.

The gas flow is easily adjusted so you can simmer rather than just go full blast! 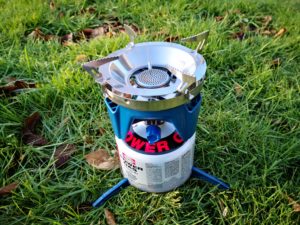 The adapter included for standard pots 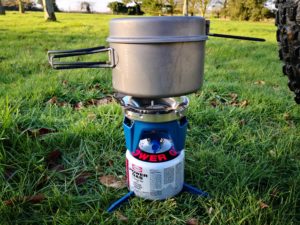 The need for speed

If you want a quick cuppa you won’t want to wait forever for your water to boil. Nor do you want a gas-guzzler which means you have to take spare gas on every trip.

A simple test should demonstrate the relative efficiency of each stove. So I set up a head to head.

As you can see the BruKit was both faster to boil and used less gas than the Jetboil!

Another advantage is that the Brukit takes a larger gas canister which can be stored in the stove during transit. If you remove the pot adapter and canister tripod, the BruKit will accommodate a 350gm canister.

With everything you need in the box (bar gas!) the BruKit is fantastic stove, fast, efficient, easy to use and lightweight. Lighter, more compact, stoves won’t be as user friendly nor will they have the same capacity. They will probably need a wind-shield too to remain efficient.

If you are riding in a group, sharing out kit, a BruKit would beat individual smaller stoves in most cases. I thoroughly recommend it! 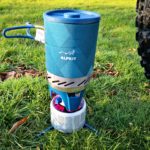 One of the quickest and easiest ways for a brew up!