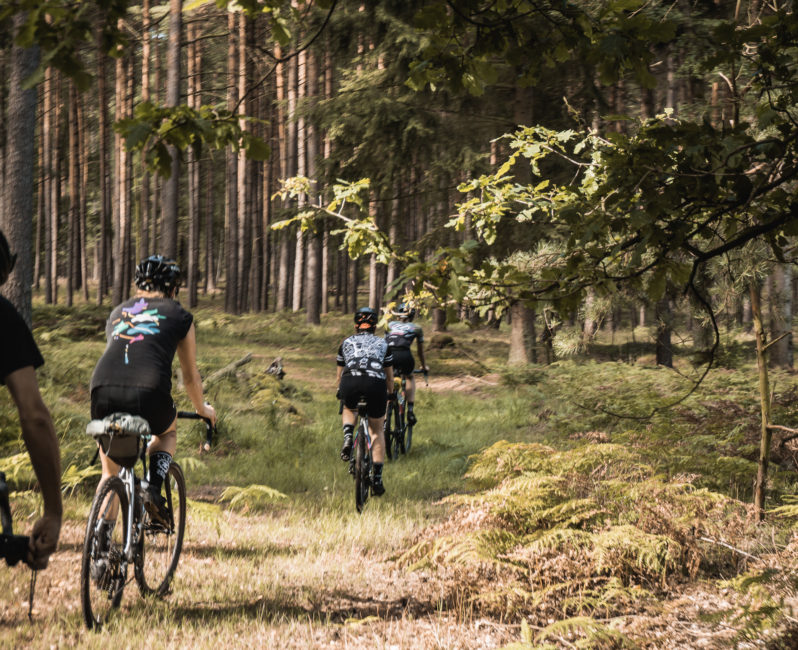 As the popularity of riding dropped bar bikes off-road continues to gather pace, riders and event organisers are looking for new and exciting ways to put the adventure into the Adventure Bike.

Unfortunately, apart from a few, many gravel bike/adventure bike events follow the format of the road sportive – give the riders a GPX file, mark the route with arrows, set up a feed stop and send them on their way. Everyone packs up and goes home at the end…the cycling equivalent to painting-by-numbers. 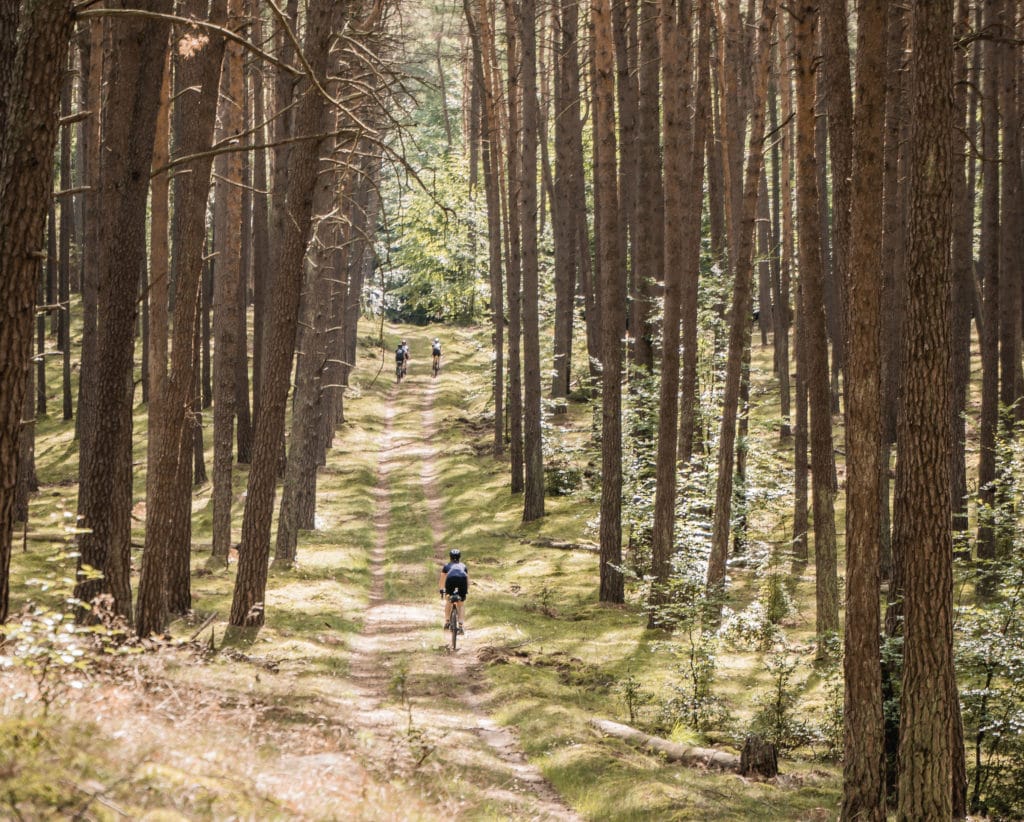 Pathfinder, not an arrow in sight

Stefan Schott, the founder and owner of Berlin based 8bar Bikes has come up with a novel solution that not only provides great riding but introduces a level of challenge that has an impact on how far you actually ride. Teams of three (minimum) are handed a single Wahoo Element Bolt. Each unit contains a pre-loaded GPX file, but with the maps deleted. The GPX file provides the direction to a series of check-points, the route you take to get to those check-points is up to the team. I switch my phone off on the instruction that no external assistance is not allowed. No pre-loaded maps or mobile phones. Just team work and a sense of direction. 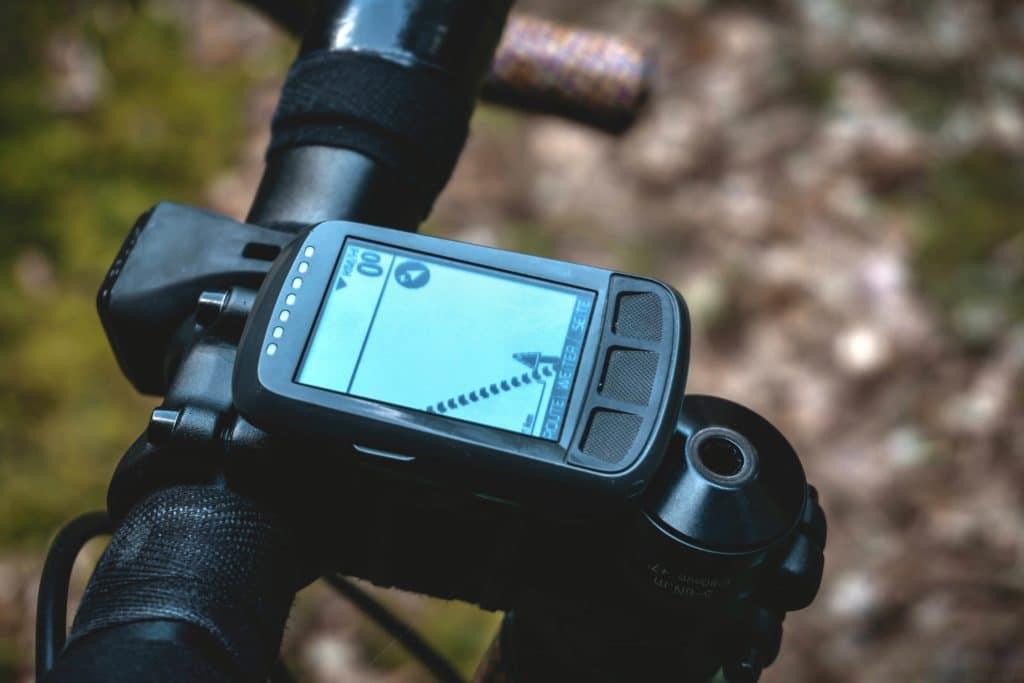 Starting on a Friday the event takes place over three days, beginning with a ride out to a base camp that is home for the next two nights. Luggage is transferred to the camp, allowing you to travel light – three routes are available, long, medium and short. The shorter routes involve a train transfer to the ride start point; the long route begins outside the 8bar Bikes showroom and involves a fabulous ride through Berlin. Local riders didn’t see the fascination of riding through the city, they probably do it all the time. But Berlin has so much history I was keen to see and absorb the social and economic change that has taken place. 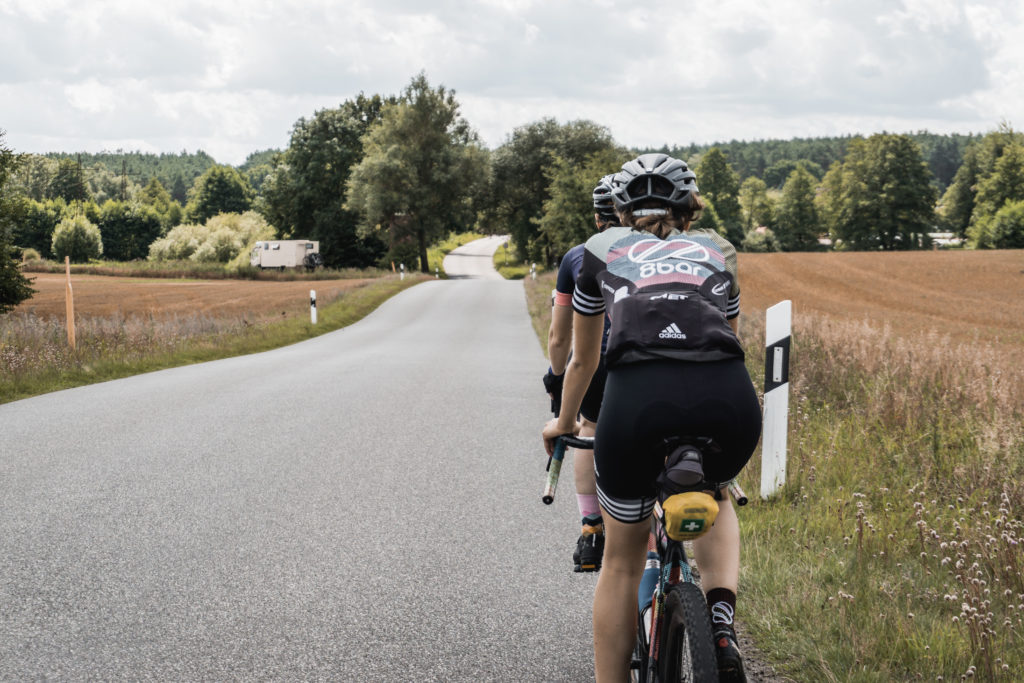 Free of the city limits.

The ride out didn’t disappoint, you soon get a feel for the city as we passed morning commuters, this was made more enjoyable by the excellent cycling infrastructure available. Leaving the rush of the city we were soon in open countryside and hitting the first of the days many gravel sectors – the ride was heading due north, the National Parks of the Mecklenburg-Vorpommern region beckoned. 160km’s later we arrived at our camp for the weekend, a large wooden shelter providing a central location to sit, eat and get to know the other riders. 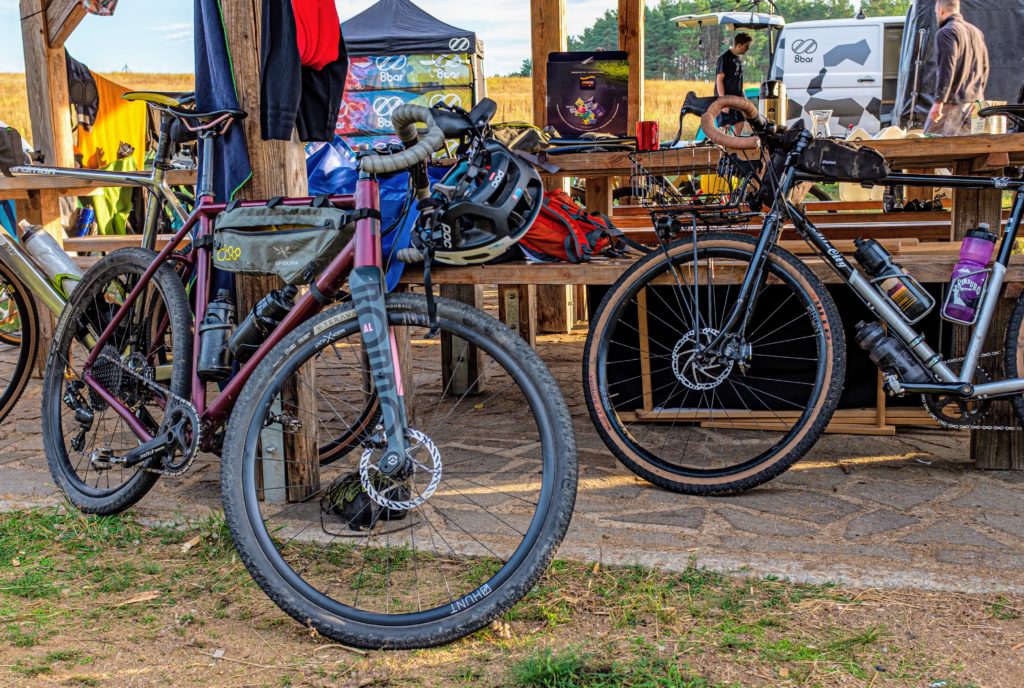 Pathfinder Basecamp. An opportunity to ogle other riders bikes. Natch.

Get me to my destination, with no navigation

Saturday saw the main event, The Pathfinder. In keeping with the spirit of the event, regular GPS’s were placed out of sight in jersey pockets. Each team working from that pre-prepared Wahoo handed out earlier. As the crow flies the route was approximately 100km. Add in a few navigational errors and poor route selection, that could add up to as much as 140km. 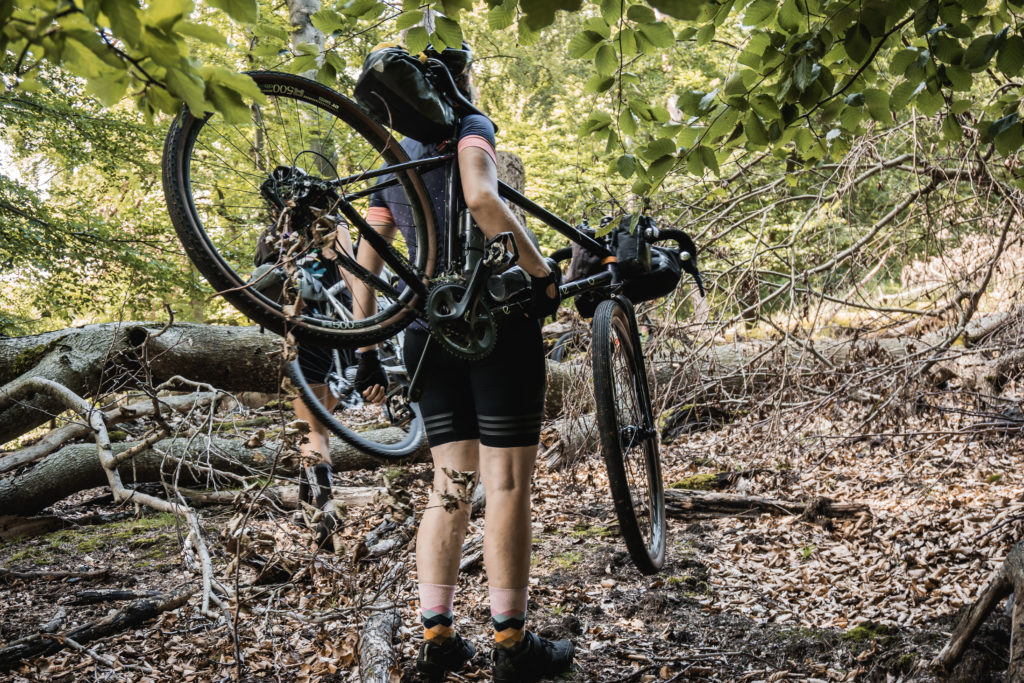 The path should be right here… somewhere.

The first check-point was due south of the campsite, how far we didn’t know… Other than a line on a screen all you had was your intuition, and a sense of humour. As we were soon to find out, getting lost is all part of the adventure. Wandering aimlessly round a dark forest with seemingly no way out was our introduction to going off too quick and being too reliant on the displayed track. The directional line is just that, an LED compass bearing, that doesn’t consider lakes nor forests. 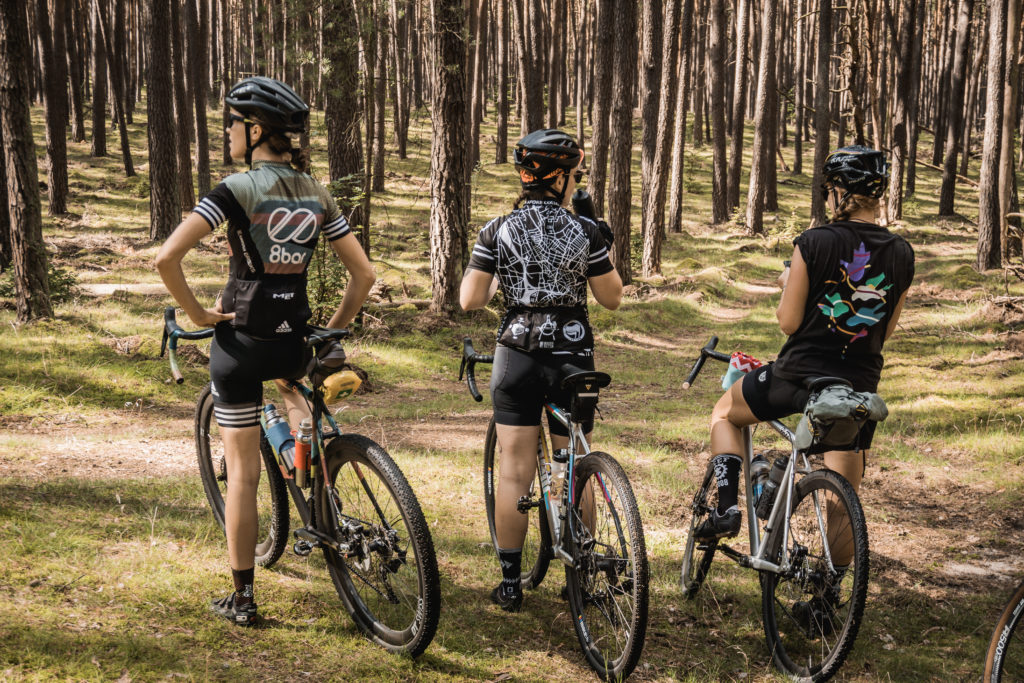 Yeah, nice one… I told you we should have turned left.

Once back on track we quickly got to grips with how to use the available information. Head in the general direction and criss-cross the line at several points, zooming in on the screen to improve accuracy the closer we got to the checkpoint. With the first checkpoint in the bag we were on a roll! The style of the event gives you the freedom of choosing whatever route you feel best to arrive at the next check-point. 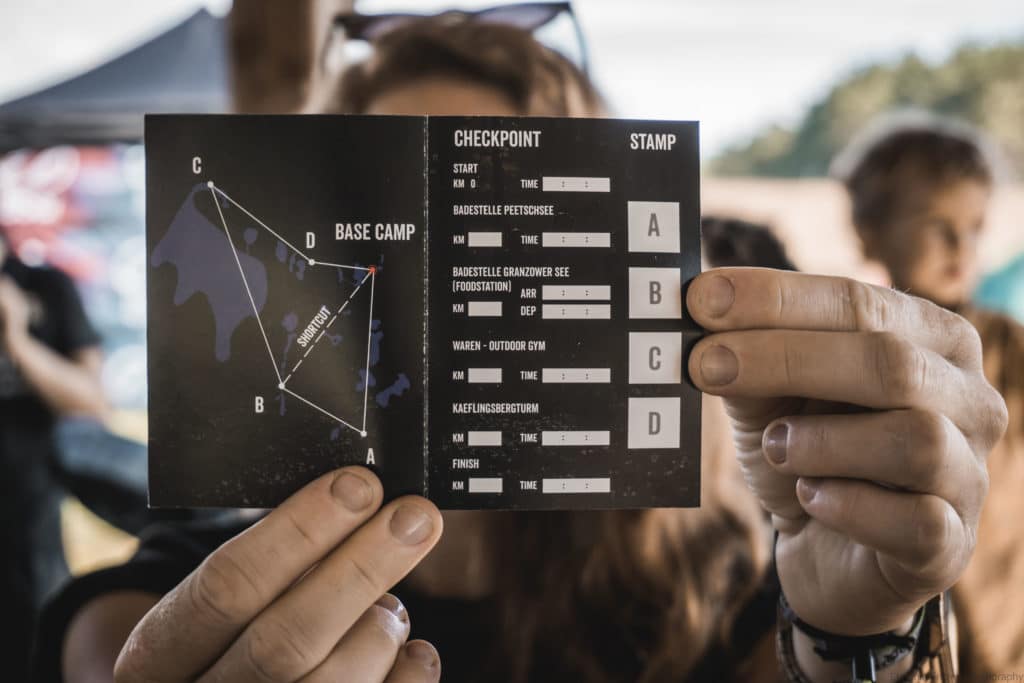 This area of Germany is peppered with lakes, each one inviting you to take a dip; which just happened to be the team challenge at Check Point 2. We had to swim 20 meters out to a raft, jump off and swim back before we could get a stamp in our brevet cards. With temperatures nudging 28° C we didn’t need much encouragement! 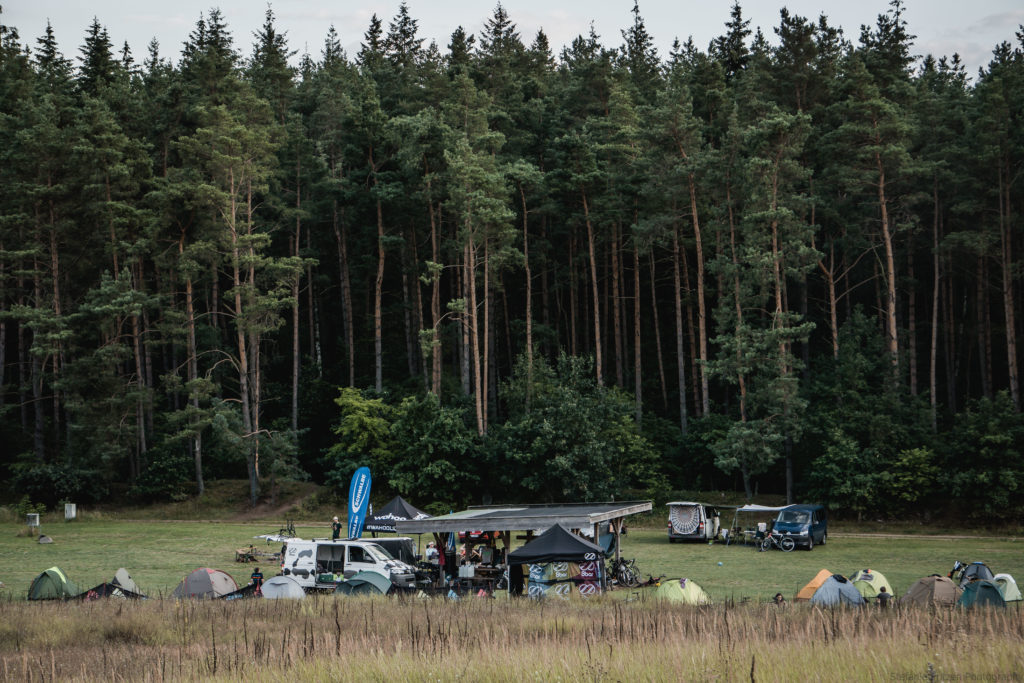 Back at Basecamp, the beer was flowing.

After 112km covered and all check-points reached, it was back to the campsite to enjoy a cold beer. It was our chance to find out how the other teams got on. And it turned out we were not the only ones initially a little navigationally challenged. Many other teams also took a walk in the forest… and as the beer flowed that forest became darker, and the chance encounter with a wolf all the more likely. 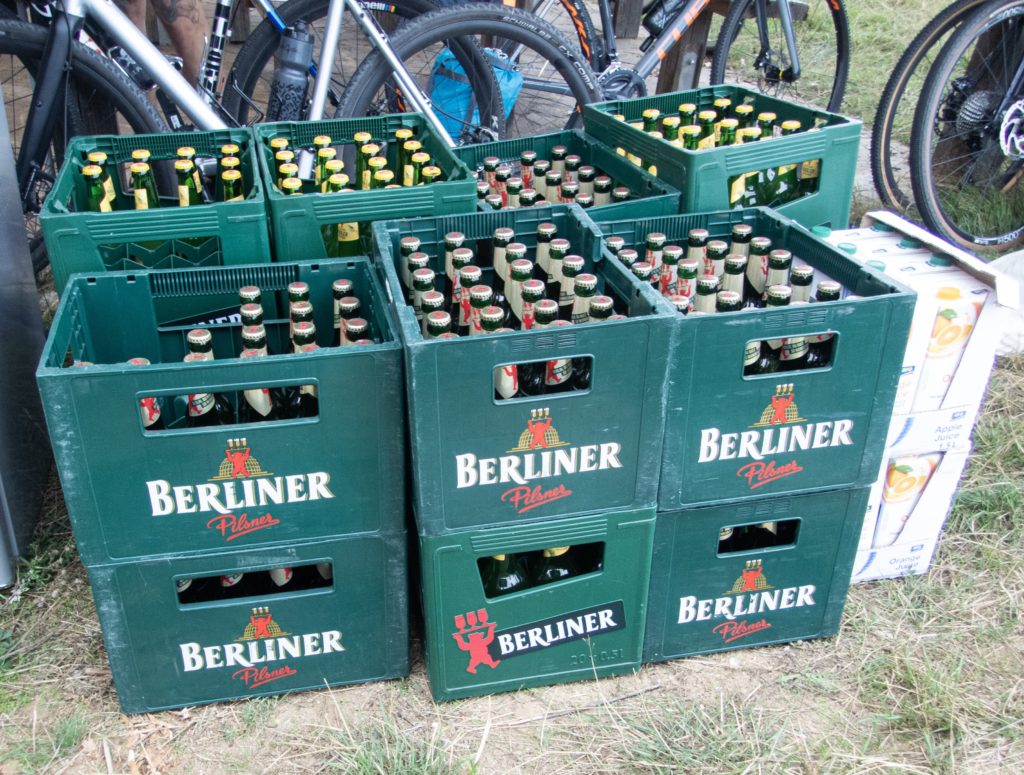 And there was a lot of beer too…

I’m goin’ back, back to the city

Sunday saw us ride back to Berlin, again the option of taking the train was available. The return journey followed a different route, passing many of the main tourist attractions. Whilst busier than the ride out, it was no less entertaining. The ride made for a perfect end to a fabulous weekend. 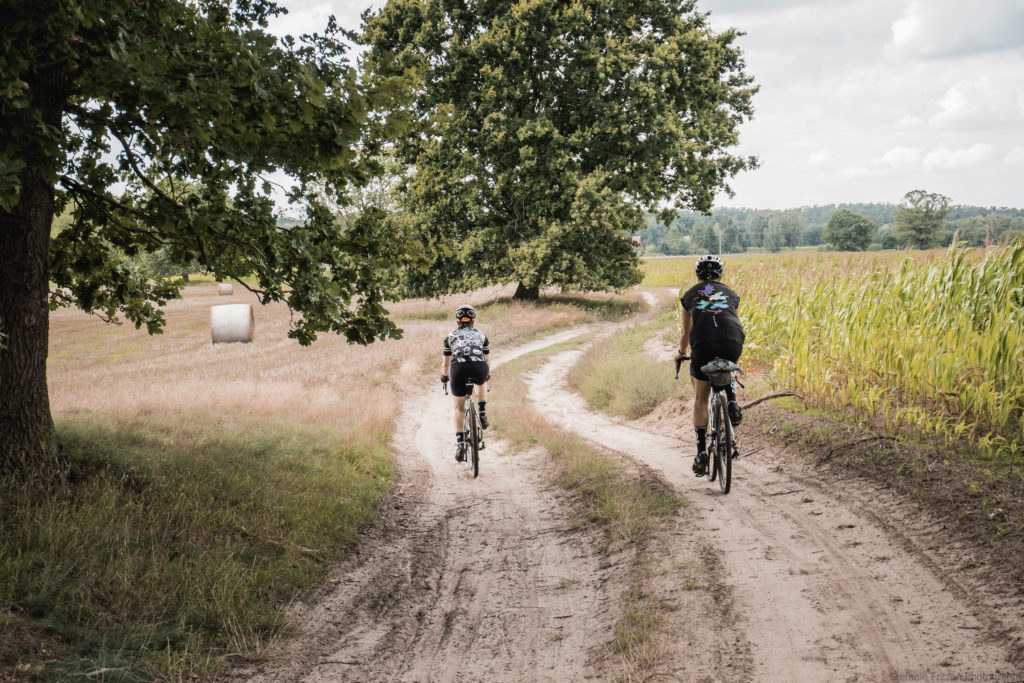 The 8bar Bikes Pathfinder provided a great challenge in beautiful surroundings; starting the ride from the vibrant city of Berlin was an inspirational move on Stefan’s part…not every adventure has to be in the mountains. The highlight of the weekend – meeting friendly, likeminded people that just want to have fun on a bike. If you’re in Berlin, pop along to 8bar and view their range of bikes, you’ll be sure to receive a friendly welcome. 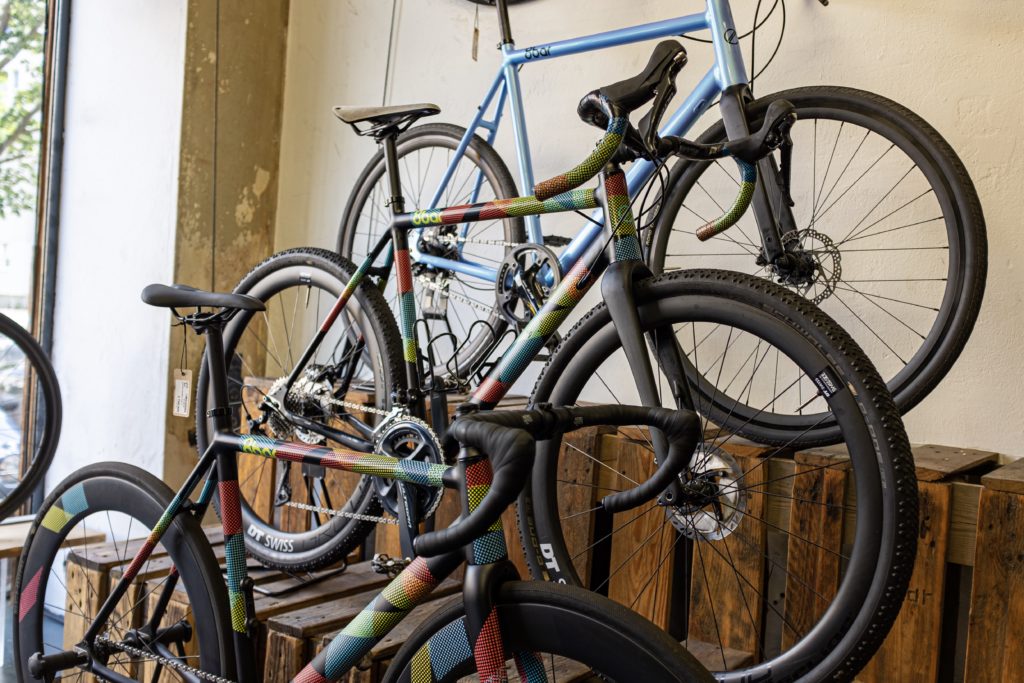 Drop in on 8bar and admire their stunning range of bikes.

8bar for the invite to Pathfinder and their awesome hospitality.

Were you allow to use a paper map or was it totally seat of the pants navigation?

Andrew…all seat of the pants, whilst there were local maps on information boards located around the national park they only covered a small area. Also, they only showed the major tourist trails.