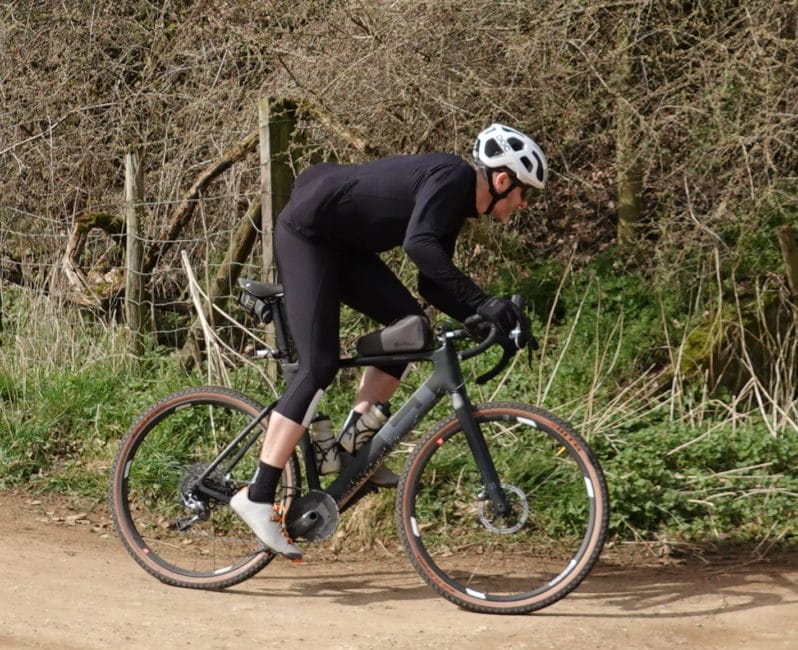 The 7Mesh Mission jersey is a masterclass of understatement. Minimalist, with no obvious features it took me a while to appreciate what 7Mesh have done here.

Once I got it though, the jersey quickly became a firm favourite. So much so, that I even wore it two days on the trot without it even seeing a washing machine.

So, what makes this jersey so good that I dug it out of the laundry basket a day after a sweaty ride?

The Mission jersey is made from Polartec Power Grid , a minimalist fabric designed to maximise warmth and breathability with the least possible mass. So, what initially appears to be a fairly ordinary, thin, long sleeve jersey, is actually a bit of a technological marvel.

It’s all about the grid

As you can see in the illustration, the fabric appears to be made from a matrix of squares. The raised squares control the heat retention while the recessed squares deal with  moisture release. Whatever the theory, this thin and unassuming jersey is actually very good and certainly warm enough. 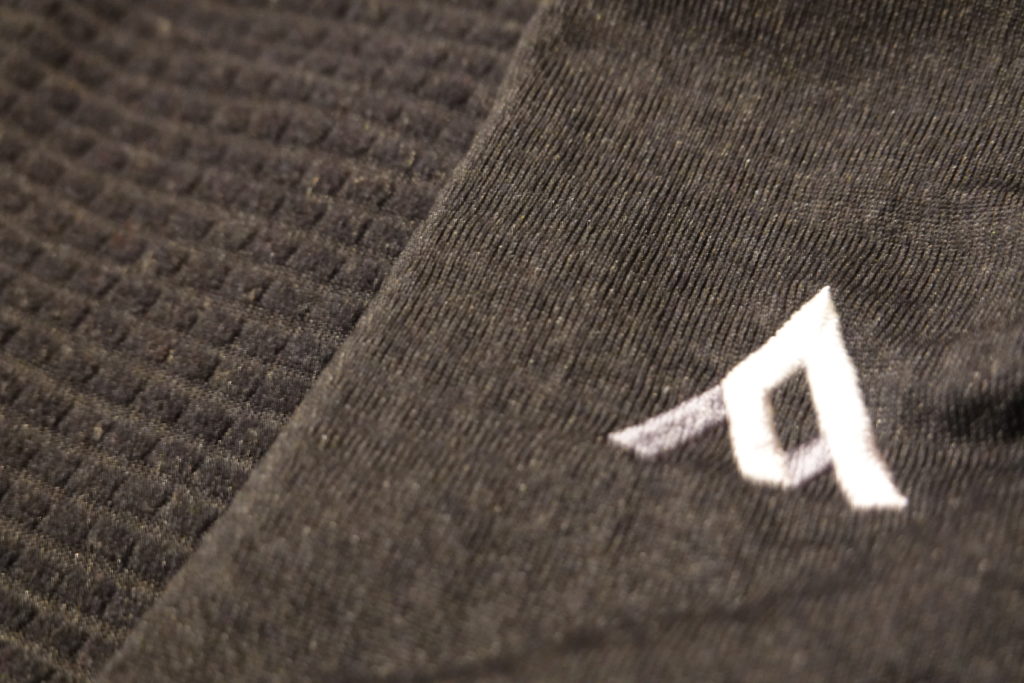 The Mission Jersey is a definite racer fit but, despite the stretchy fabric, doesn’t feel like a compression garment.

Interestingly, the combination of a stretchy fabric and the ‘voids’ in the MicroGrid, means that it is slightly transparent. It is not so revealing that there will be gasps of shock when you stride into the cafe, but noticeable if you care to look at it long enough. 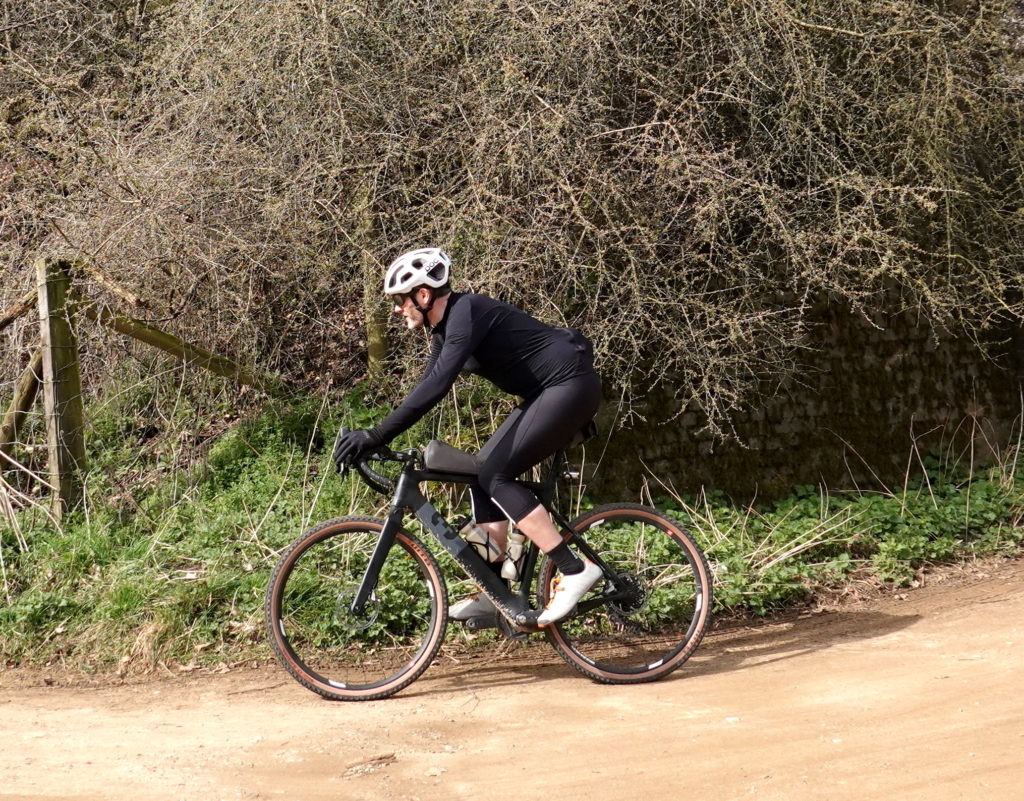 A study in minimalism

7Mesh seem to thrive on minimalism and the Mission continues this theme. This translates to very few quantifiable ‘features’.  When you consider the medium weighs just 184g though, you can excuse it for being light on extras.

7Mesh have opted for two angled pockets on the rear, both of which close with zips. The angle isn’t just down to chance, or to reduce the amount of 4-way stretch material used for the pockets. It is just right for easy access on the move, even with gloves! 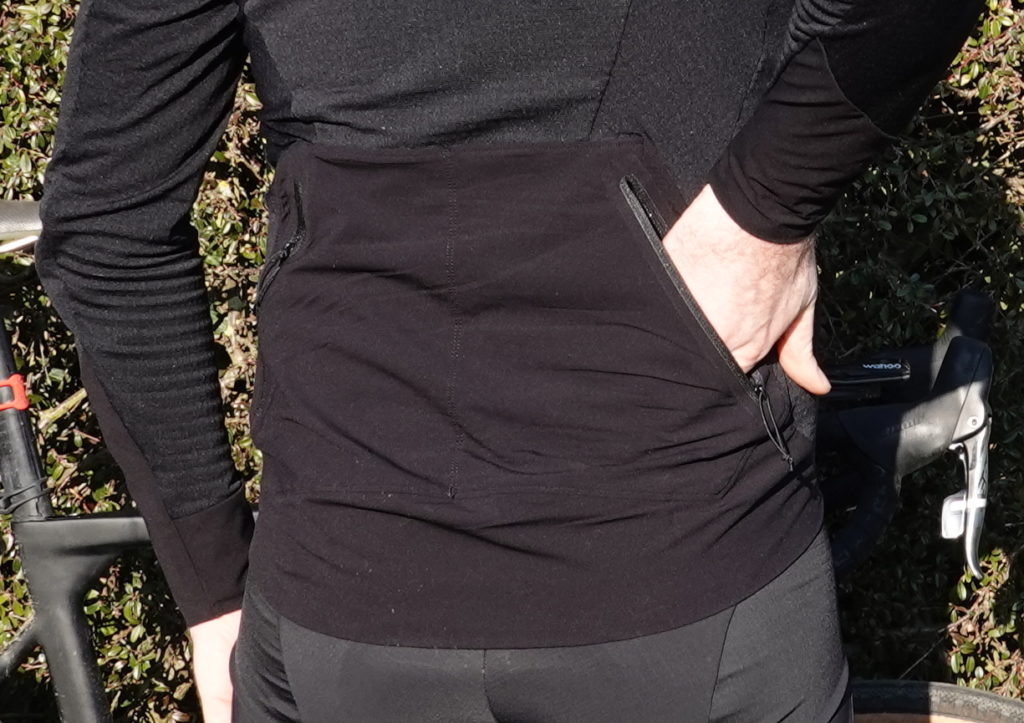 7Mesh use the same elastane 4-way stretch material on the cuffs. Consequently, they sit close to your skin preventing unwanted draughts from running up your sleeves. As an aside, the MicroGrid fleece also doubles up as a giant terry cloth… Come on, who doesn’t suffer from a runny nose on cold rides?

The usual silicone grippers on the hem stop the tail from riding up. 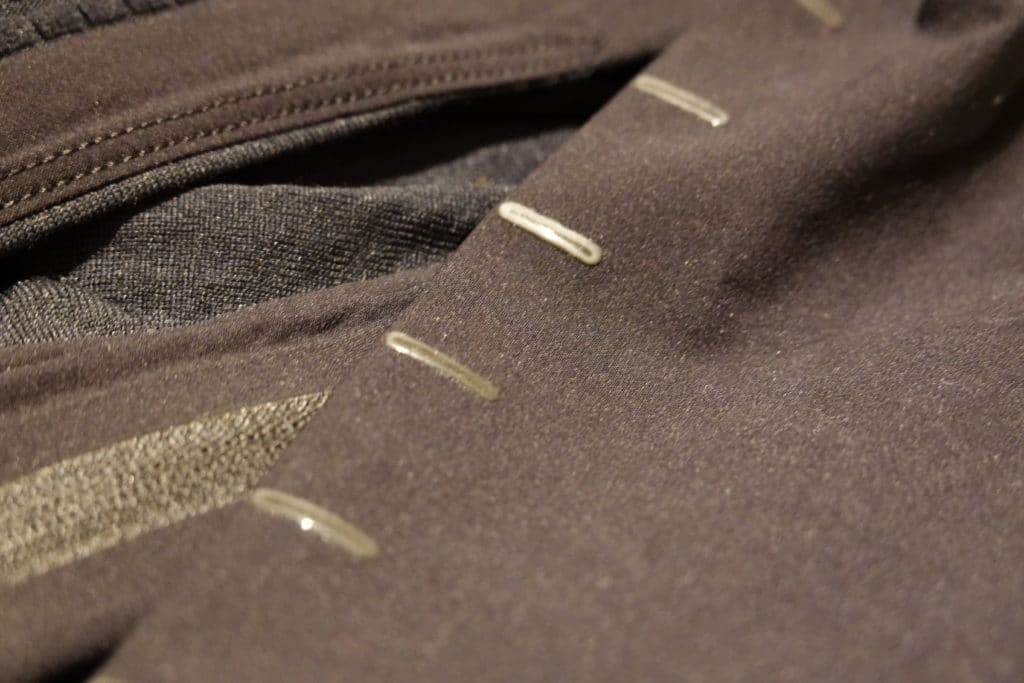 Silicone grippers on the hem. No worries of your tail riding up.

One thing we like to see on clothing is reflective detailing. It’s here that the Mission falls flat. There’s nothing. Not even a sliver of the shiny stuff. Although the product page on the 7Mesh website says that there are reflective details, it seems this was a typo.

Our test sample comes in Milk Tray Man Black. Great for undercover manoeuvres on cheeky trails, but less so for riding home from work in the dark. 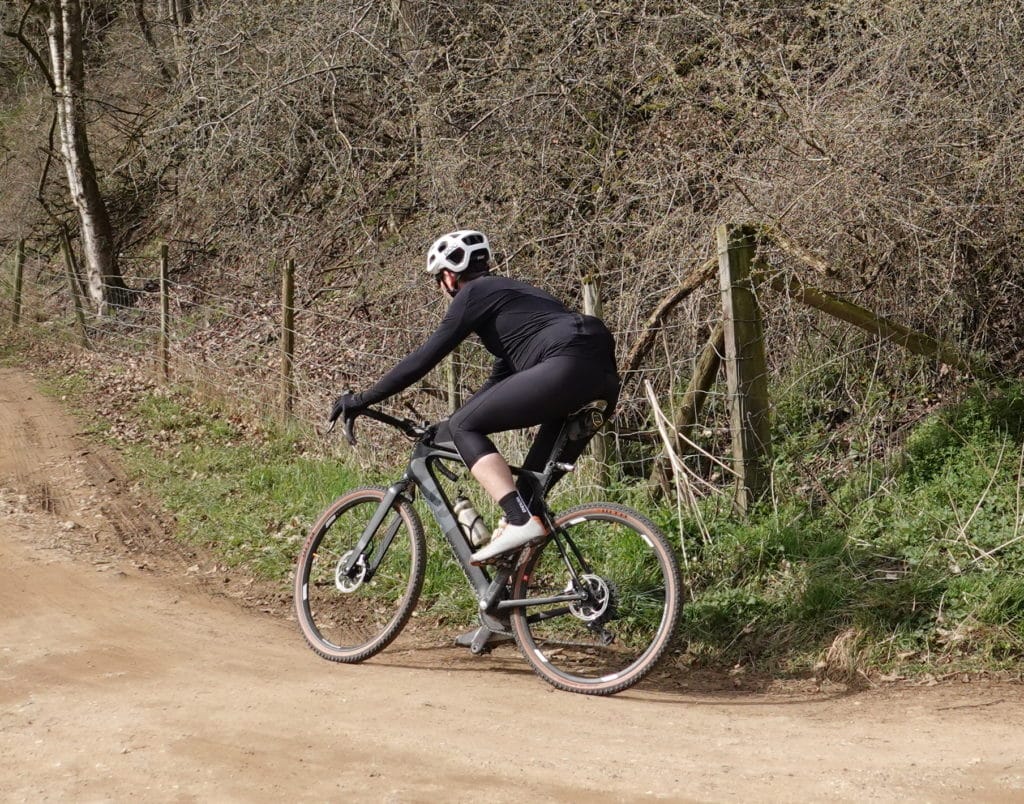 I really like this jersey and have used it pretty much non stop since it arrived in December. By taking a sensible approach to layering, the jersey has seen me through rides of 4 degrees up to 16 degrees.

I am really impressed with the versatility of Polartec PowerGrid fleece. Moisture transport is efficient so you don’t die in a sweat bath. You seldom overheat during heavy efforts such as climbing. Yet the heat retentive properties are sufficient to keep you warm in the cold, even on fast descents. 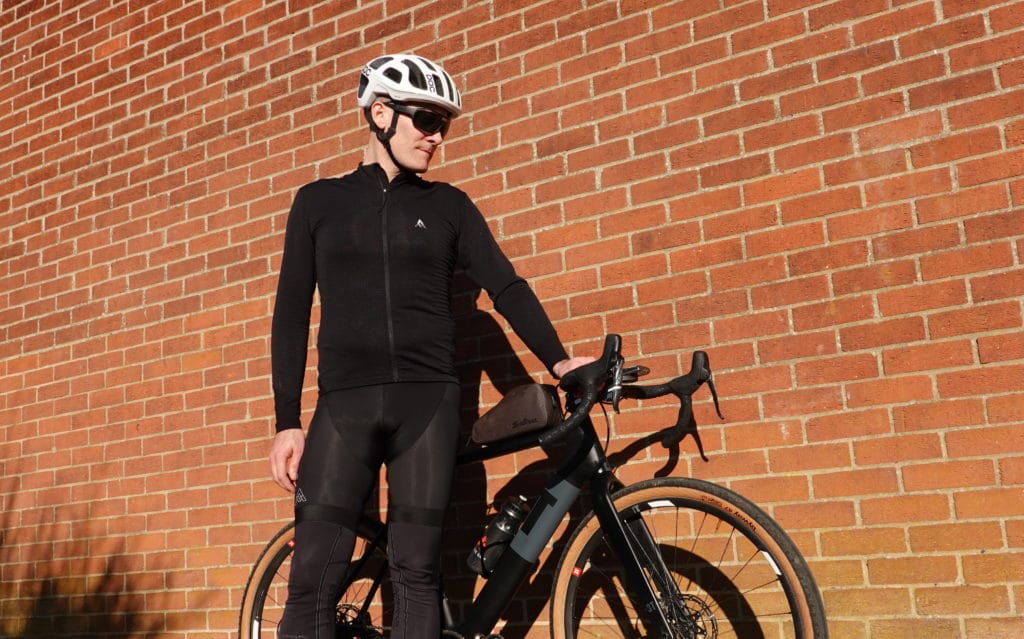 Batman, Coco Chanel, and Johnny Cash—they all had a thing for black. We’re a reluctant adopter.

Just like the 7Mesh Rebellion Jacket, the Mission features the same cord toggles on the zips. They may be one of the lightest options, but I’d prefer something a bit more robust. The pockets are genuinely cavernous and will easily devour a gilet or rain jacket, phone and tools. The one downside to those angled pockets is that you must always zip them up otherwise everything will tumble out onto the trail. 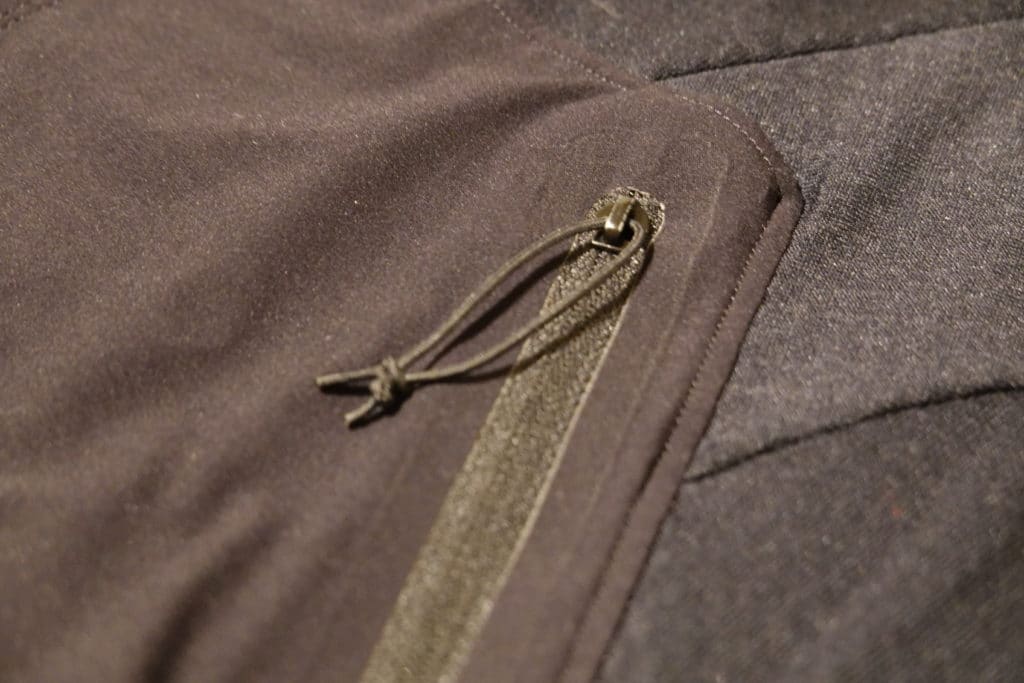 Quality comes at a price. The Mission retails at £145 but for such a versatile jersey, this is quite reasonable. Compared with the POC Thermal we reviewed last year at £200, the price does not seem so extreme.

If I had to drastically downsize my cycling wardrobe, the 7Mesh Mission Jersey is one of very few items I could never be without. 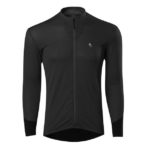 As part of a well planned layering system, the Mission Jersey could well be the only long-sleeve you'll need for 4-season riding.