The 3 Peaks Cyclocross attracts competitors every year from all over the world. The course pushes both bikes and riders to the absolute limit. A little bit quirky, quintessentially English and just that little bit weird. Quite simply, there is nothing else like it.

The 15th September 2019, was the 57th time the event has been run. The Three Peaks of the Craven Dales – Whernside, Ingleborough and Penyghent are host to the 38 mile course and a total of 5,000 feet of climbing. The organisers claim that at least 34 miles are rideable, contrary to what nearly all the photos tell you. Google 3 Peaks CX and the first page of images will show you a line of competitors marching up a hillside with a bike over their shoulder.

Once you’ve been bitten by the 3 Peaks bug, you come back again and again. Once such rider is Bruce Dalton, who races cyclocross with the Vitus Bikes Team. He first caught the bug in 2016 and has been determined to get back and scratch the itch. Perhaps even better his previous time. Such is the challenge of the 3 Peaks Cyclocross, Bruce says even reaching the finish line is a massive achievement.

Take a watch of this video which manages to capture just some of what makes the 3 Peaks CX so special. 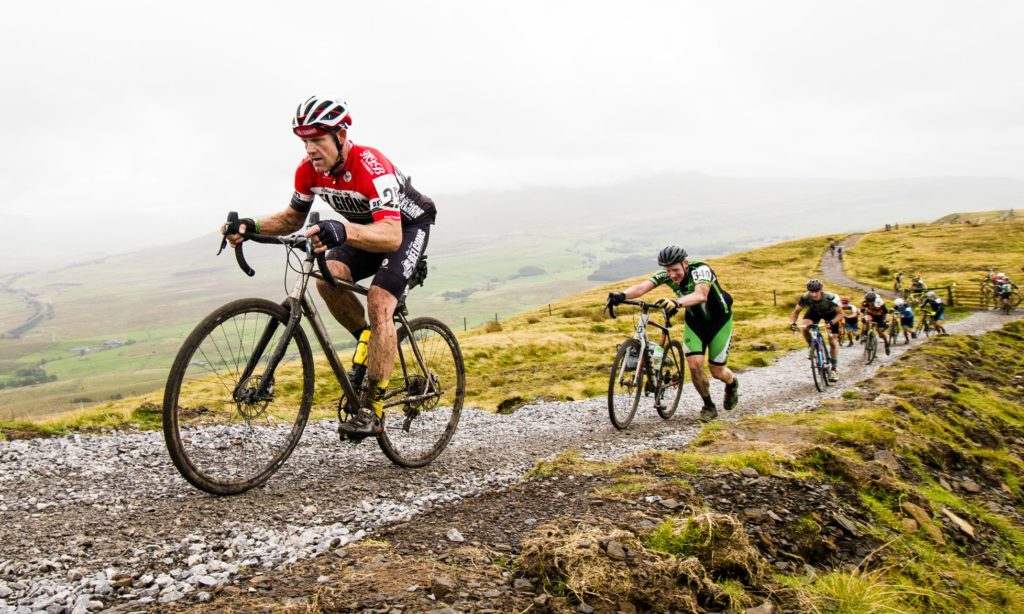