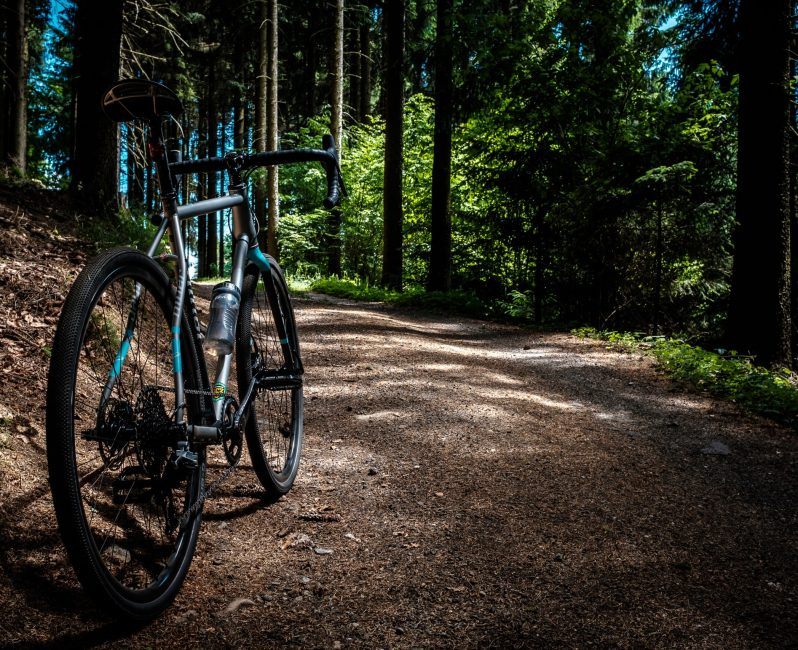 Starting out on the Gravel Road

In my experience, newcomers to the gravel scene are a dynamic bunch. They tend to be transitioning from road to off road (mountain bikes) or vice versa.  Gravel might be seen as an intermediate stage but really, it is a discipline all of its own.

Each group bring strengths and weaknesses to the party, neither of which are wholly suited to the gravel experience. Roadies, they of the shaved legs and perfect kit, tend to bring endurance, strength and straight line speed. Mountain bikers on the other hand, tend to be strong on technical ability, outright power and are usually (but not always) weaker on speed, stamina and endurance. Don’t be offended by these generalities, there is always some crossover.

Mention gravel to a UK cyclist and their instinctive response may be to think of huge, open vistas in the US. Gravel roads from horizon to horizon, hills, mountains and big, big skies. Within a nano second comes the comment “But we don’t have any real gravel roads in the UK”. This is true. Apart from extended fire roads, the absence of true gravel roads is patently obvious to anyone but the most starry eyed aficionado of the discipline.

Unless you have somewhere like Kielder Forest on your doorstep, gravel riding in the UK is likely to be a bit of a mashup. Roads, byways, bridleways, fire roads and even singletrack will usually make up a typical UK based gravel ride. Another thing to distinguish us from our American cousins is mud. I hear they have mud in some  of the American States but throughout the UK, mud tends to define our off road excursions.

I tend to think of gravel riding as “MTB Lite” but the difference between riding an MTB on mashup rides is that ‘gravel’ bikes tend to be so much more versatile. 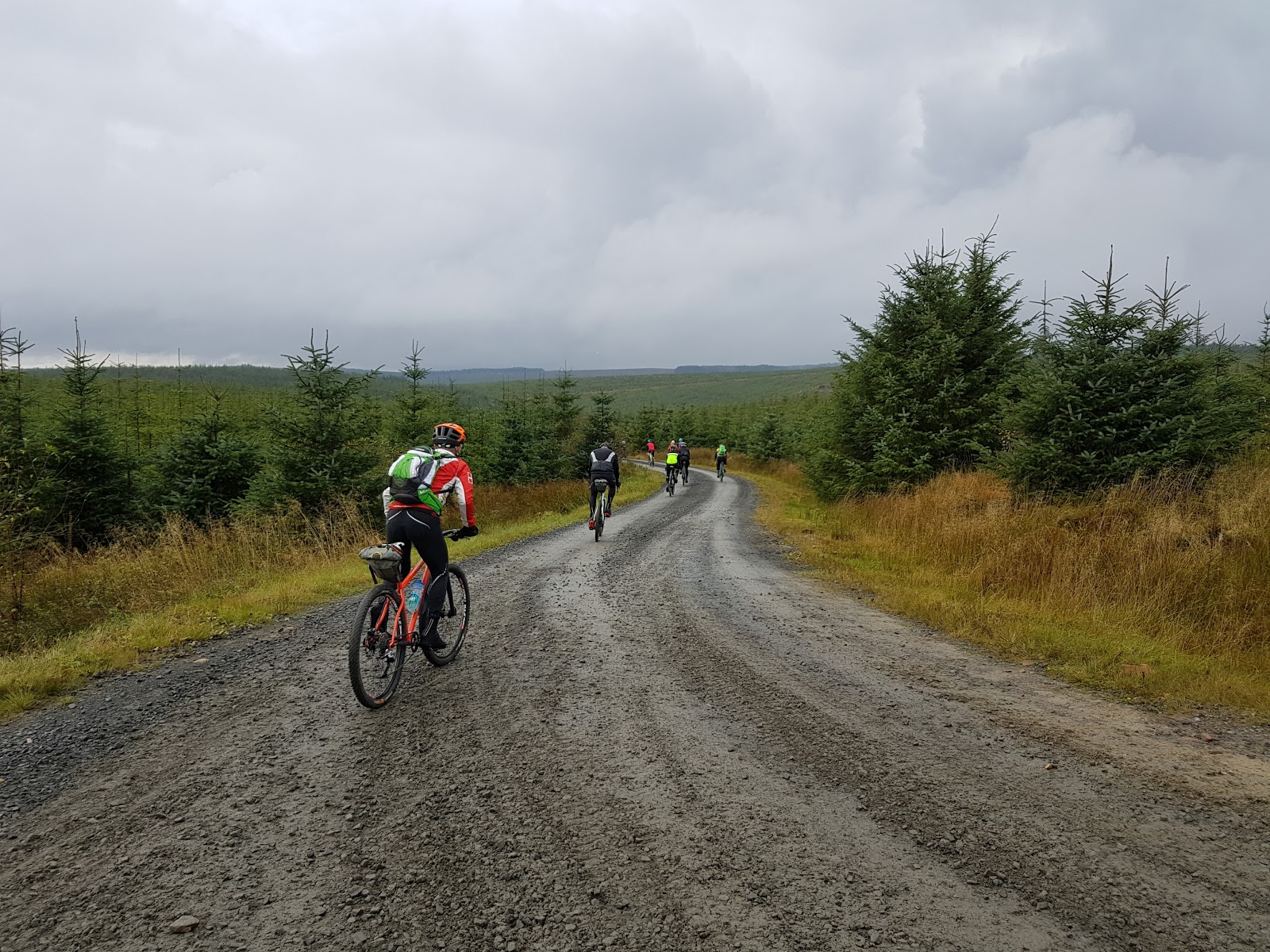 So, what should a beginner expect and what do they need by way of a skillset?

To someone transitioning from mountain bikes, the technical aspects of riding off-road will be second nature but, stripped of assistance from big tyres, suspension and a more laid back position on the bike, they may be in for a bit of a shock. On a drop barred machine, your weight will be much further forward. Narrower tyres will be less forgiving and, let’s face it, the ride is going to feel terribly bumpy. Now that most MTB Trail Bikes seem to have 130mm travel each end, as a minimum, riding a rigid bike with narrow tyres is going to be a bit of a shock. To be fair, the same thing will apply to roadies coming from smooth tarmac or even the CX course, who might find the whole thing a bit startling.

Unless you have spent time riding rigid mountain bikes, you will  probably be tempted to grip the bars hard, particularly when riding over rough ground. Often known as the ‘Death Grip’ this is a basic mistake and you should take time to cultivate “light hands”. This means maintaining enough grip on the bars to facilitate bike control and accurate steering, but relaxed enough to let the bike move about under your grip. It will be a little disconcerting at first but stick with it. Your hands and forearms will thank you in the end.

Get off your bum!

One more thing for riders new to the off road scene, you might find that you spend a lot of time out of the saddle as you roll over bumps, roots and dips. This is normal. If you don’t spend much time in and out of the saddle, may I suggest you develop the habit or your rims, tyres and back might suffer!

The next hurdle to clear is gearing. The advent of 1×11 on mountain bikes might lead the transitioning mountain biker towards a small front ring. Conversely, a roadie might gravitate towards a 50 or a 52 with maybe a 42 as a small ring. At ADVNTR we tend to debate this sort of thing ad nauseum, well….now and then, but we never agree. I find that a 42 chainring, partnered with something like a 36 is a pretty good combination if you have a wide range, 11 sprocket cassette. What you lose with top end speed on the road, you gain off road. With the exception of long fire road descents, I have never found myself under geared on gravel or trails. Indeed, I don’t think I have ever needed the biggest gear… apart for the aforementioned descents. James and Nigel have different opinions but ultimately, the difference between us is negligible.

Maybe the last thing to think about is tyre choice and tyre pressures. Tyre choice is not that difficult. As Indiana Jones once said, “Don’t take a knife to a gun fight”. Contextualised for gravel bikes this could easily be translated to “Don’t ride slick tyres on muddy trails”. Choose your rubber to suit the trail conditions or be prepared for a little drifting action. But, and this is important for UK riders, make sure there is enough room for your tyres + mud. If you have a setup with fag paper clearances, it isn’t going to work. You will not have a good day! 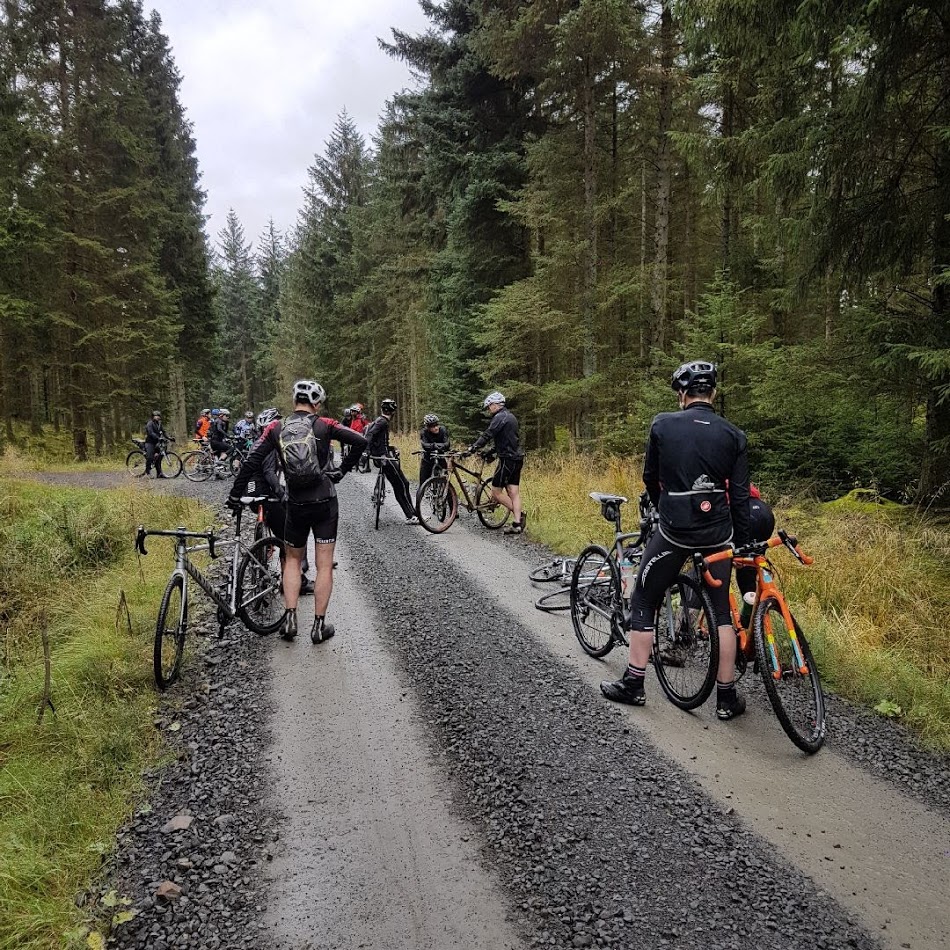 Tyre pressures are usually more of a thing for mountain bikers than roadies. OK, there may be a slight performance differential on the road if your tyres are at 110 psi or 120psi, but to most cyclists it will be negligible. By contrast, off road, the difference between 30psi and 40psi can be significant in terms of grip and comfort. For roadies, don’t be afraid of lower tyre pressures and avoid the temptation to run rock hard rubber. By the same token, mountain bikers should consider the benefits of riding a little firmer than they might normally deem appropriate. Narrower tyres and silly low pressures mean more rim strikes…it isn’t rocket science. Make sure you take a pump with you and don’t be afraid to play about with tyre pressure until you find the perfect compromise – grippy and comfortable off road, but firm enough to ensure you roll along nicely on the black stuff.

Tubes are for backup

The last word on tyres: Make sure you run tubeless! You will probably be entering a world of thorns, flints and other sharp debris. Your tyres will pick them up. If you run tubes, the probability of your getting multiple flats is very high. Even if you run tubeless, take a spare tube with you, there are times when even tubeless sealant is not enough. Try and take a spare 100ml of sealant fluid too. It is only a small bottle and it could make the difference between riding home or calling the broom wagon! Oh yes, and don’t forget your valve core tool or else you will be standing on the side of the trail, bottle in hand, looking silly!

Riding ‘gravel’ in the UK is not the same as those images from the US would suggest. It is frequently muddy with few panoramic vistas. Often cold and invariably wet, it bears little resemblance to the idealised world of the marketing men. What it does though, is open up new horizons for both mountain bikers and roadies in terms of skills and geography. If I were to try and conjure up an image for you, to provide some sort of guide so you knew what to expect, it would be this. Gravel riding is probably the closest you will get, as an adult, to the sort of stuff you did on your bike, as a kid. For me, it was all about taking the mudguards off my ‘racer’ and heading off to the woods, out along muddy trails and byways then arriving home soaking wet, absolutely filthy dirty, often cold but literally fizzing with the sheer joy of riding.

Now get out there and have some fun! 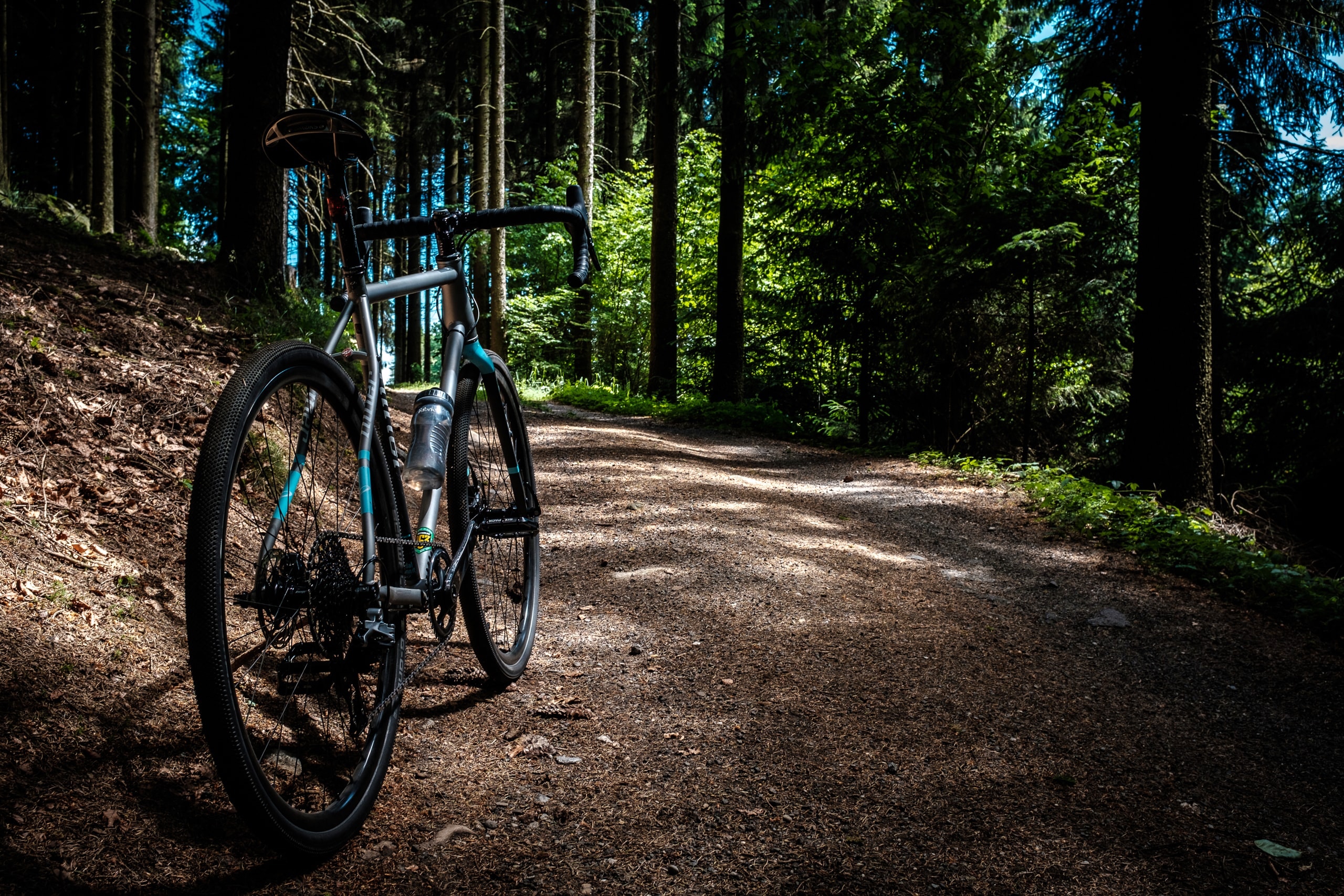