Rovaniemi in Finland is most famous for being the “Official home of Santa” . It is also steadily gaining a reputation as one of the premier locations for fat bike racing. Thanks to polar guide Alex Casanovas, each February this small town on the edge of the Arctic circle, hosts a Winter Ultra race series. 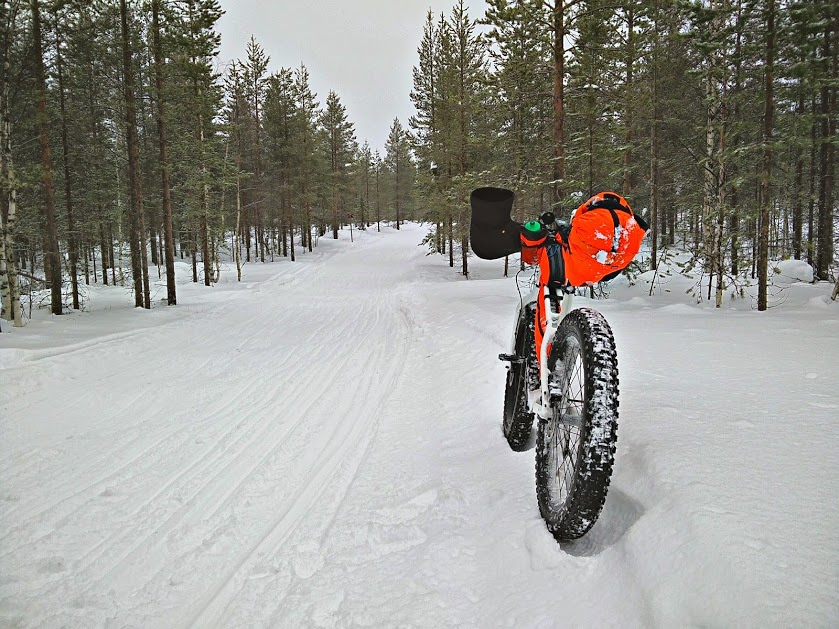 A winter wonderland awaits on the Rovaniemi 66

The inaugural Rovaniemi 150 (km) was organised so European riders could qualify for the legendary Iditasport race in a European event. Much more convenient than travelling to the USA for a qualifier. Alex has subsequently expanded the choices with 66km and 300km races for those finding 150km a little too far, or not far enough!

The Rovaniemi 66 provides an excellent introduction to fatbike racing, particularly for those of us for whom proper winter conditions are almost a memory. The route itself illustrates how far removed the Finnish environment is from anything you might experience in the UK. Most of the ride takes place on frozen rivers or lakes!

While Alex “clears” the path for the race, the 66 could probably be followed without too much difficulty by non racers.

Aside from about 700m of off piste as you leave the forest to ride the length of Sinettäjärvi Lake, the trail is as easy to ride as any snowy trail can be. 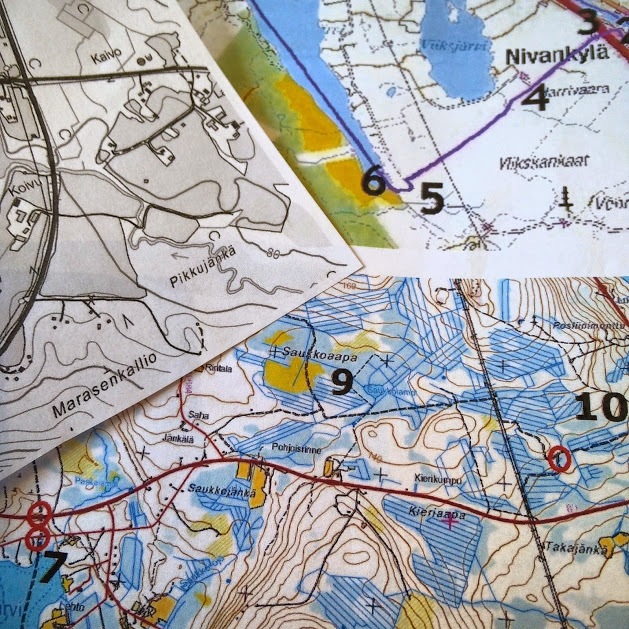 The route starts close to the Town Centre where you take the almost surreal step of riding under the bridge. For the rest of the race there are only three road crossings.

You pass the marvellous shelter at Porohovi after 10km. I recommend riding another 40km and stopping on the return leg though!

The race is held in February. Expect sunrise at around 8:00 and sunset at 16:30. Lights are recommended at all times. Not just because of the short day. Frozen waterways, are very popular with snowmobile riders who travel significantly faster than a fat bike!

For more information on the event, please visit the official website at: www.rovaniemi150.com/66 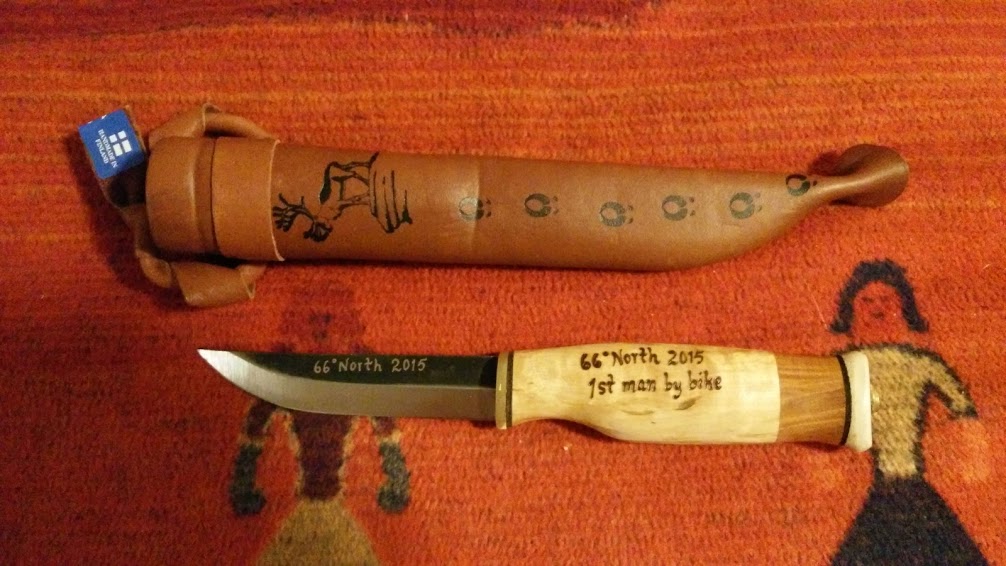 How about this for a winners trophy?

Check the route on komoot