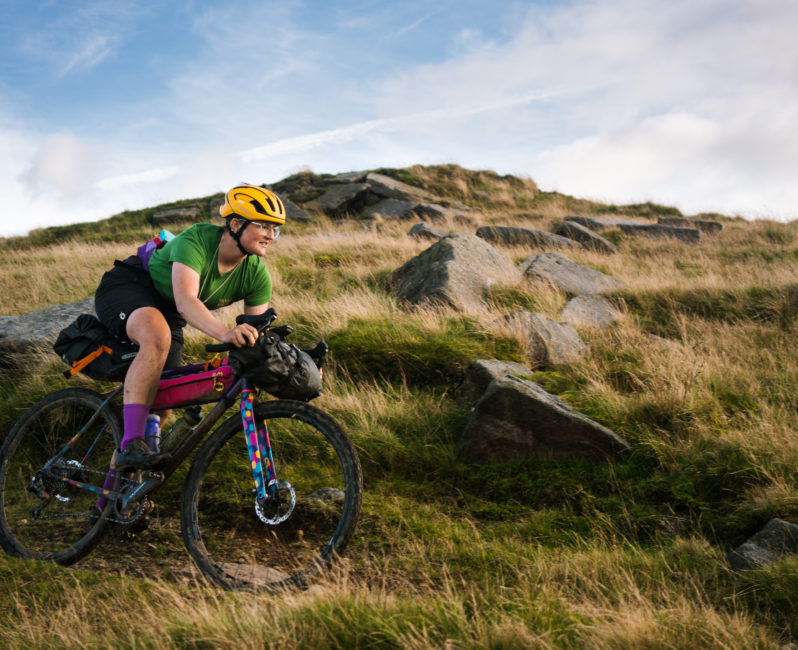 It’s not every day that you get to take delivery of your dream bike, built by hand by your best friend. The opportunity to select your own components for a build is exciting enough, but working from scratch is an entirely different kettle of fish altogether. Over one year on and plenty of adventurous miles in between, here’s my custom steel Mercredi from Belgian framebuilder Adeline O’Moreau of Mercredi Bikes.

It’s Wednesday in French, and I’m from Belgium where on Wednesday afternoons you don’t go to school. You’ve got time off to do whatever the f*** you want, which is what I think we all like to do on bicycles, and that’s kind of the spirit of the brand and what I tried to foster in the bikes that I make Adeline O’Moreau, frame builder and human-centered designer 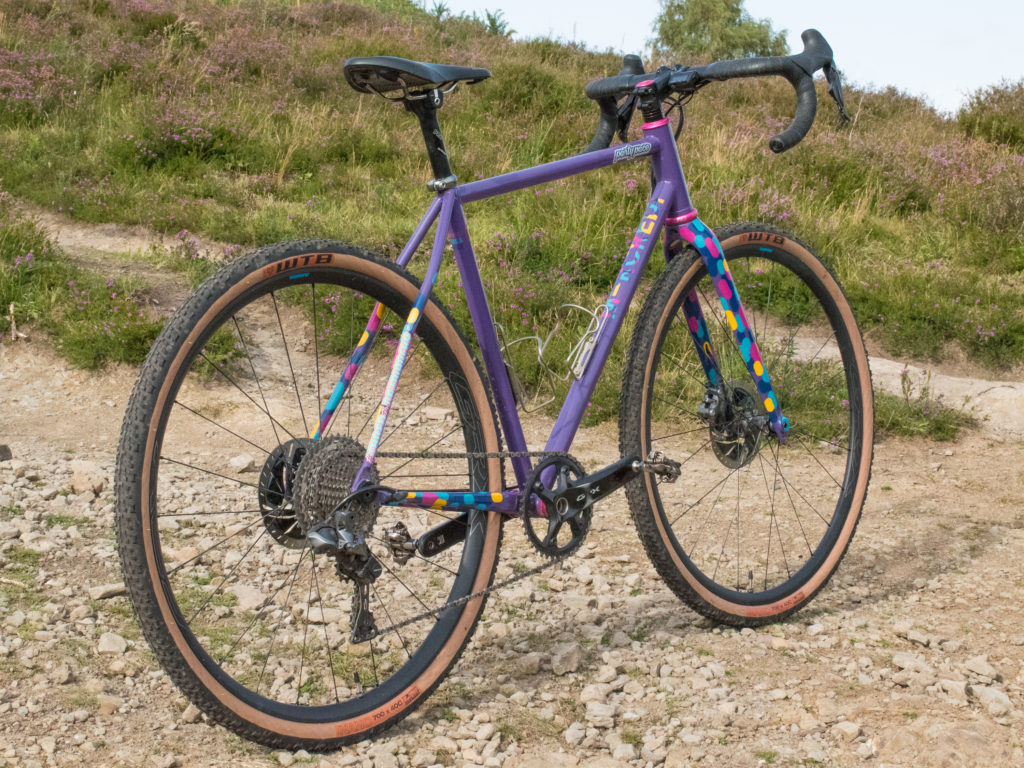 I’d been lusting over Mercredi cyclo-cross bikes long before I’d met Adeline. Admired from afar, I’d glimpse these bright bikes under the steam of incredible riders visiting our local winter league or scroll through the popping designs on the Mercredi Instagram feed. 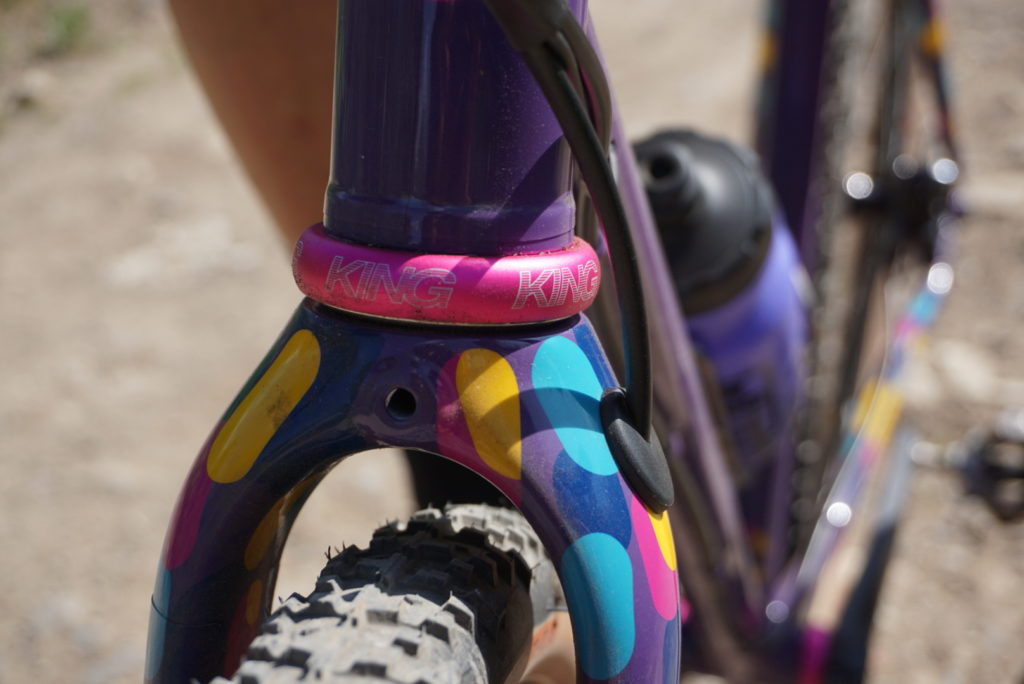 You can always count on Chris King for those colourful finishing touches. Photo: Tim Wilkey

When I finally met this enigmatic character at a Rapha Prestige gravel ride on a damp November weekend in Manchester, I was in awe; both of her riding skill and intense personality. I think we spent the day among mutual friends taking the mick out of her dodgy English phrases and sliding about the mucky towpaths. How we became best friends is no mystery.

Fast forward a few years and I was growing increasingly green with envy of Claire, Beth and Robin’s cyclo-cross builds. After a few seasons struggling on a canti loaner bike that didn’t fit too great, and my gravel bike that I couldn’t get a shoulder through, I decided to finally pull the trigger and start the process of commissioning my very own Mercredi ‘cross bike. 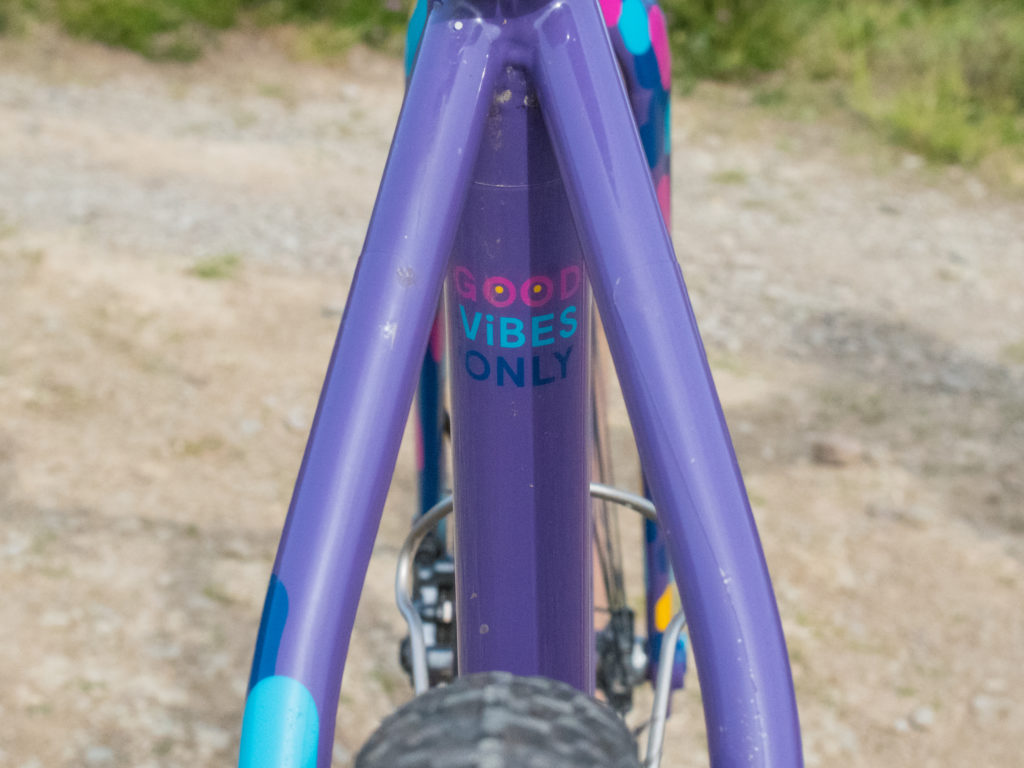 Although it was the cyclo-cross bike that was missing from my arsenal, I wanted Adeline to make something for me that I could also use for longer off-road rides, as bikepacking was really my first love. After a multitude of questions – alongside Adeline knowing me and my riding style pretty well – she set about designing a steel frame just for me.

I visited Tony Corke in Bath for a fit, starting from scratch on his jig to optimise all the contact points for CX racing, without being super aggressive. The depth of the fit was so much more than I’d ever experienced before, and I learnt so much about fit specific to different disciplines, like the longer cranks for CX which was fascinating. 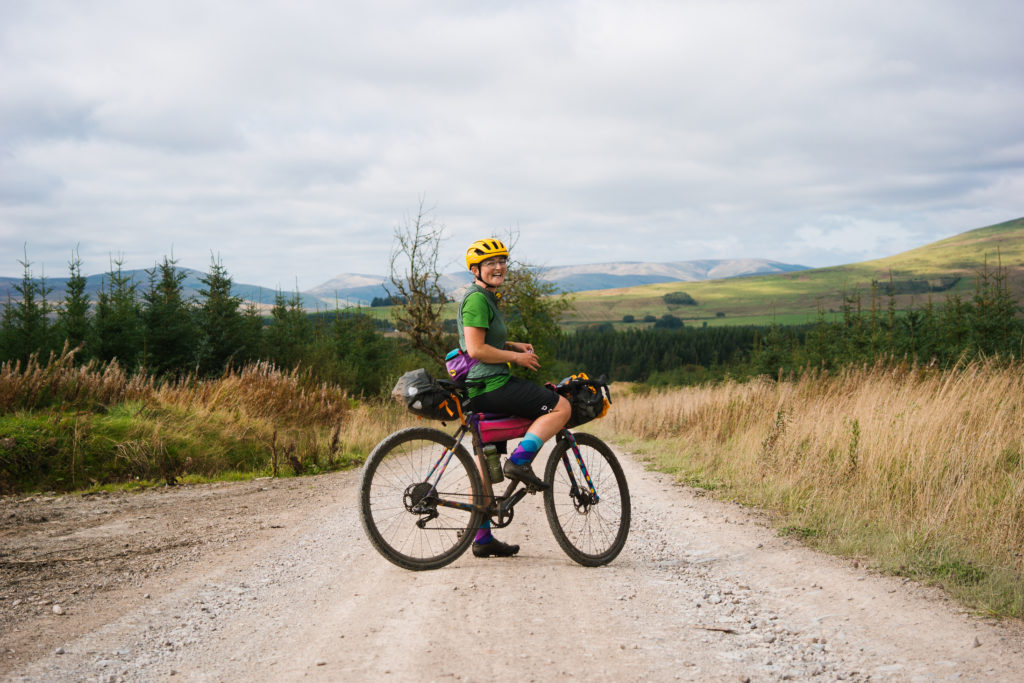 Made to measure. Mercredi designed the bike for ‘cross but also to suit Katherine’s first love, bikepacking. Photo: ForTheHellOfIt.cc

Adeline got to work on my frame. The key features being a large front triangle for easy shouldering and ample clearance for wider gravel tyres. Of course the WhatsApp progress shots were very exciting, but they were second only to selfies of Adeline ballooned in about 10 layers in her shared workshop in the depths of winter, and two pairs of glasses on her face.

Before long, I took delivery of my beautiful steel frame at Business As Usual in my hometown of Bristol, where it was handed over to Rob at Colourburn Studio for the paint. Inspired by neighbouring Forever Pedalling’s 90’s corded telephone with a palette of turquoise, yellow, bright pink and purple, Rob got to work on the eye-catching gloss paintwork after a trip to the blaster and hours of meticulous prep. 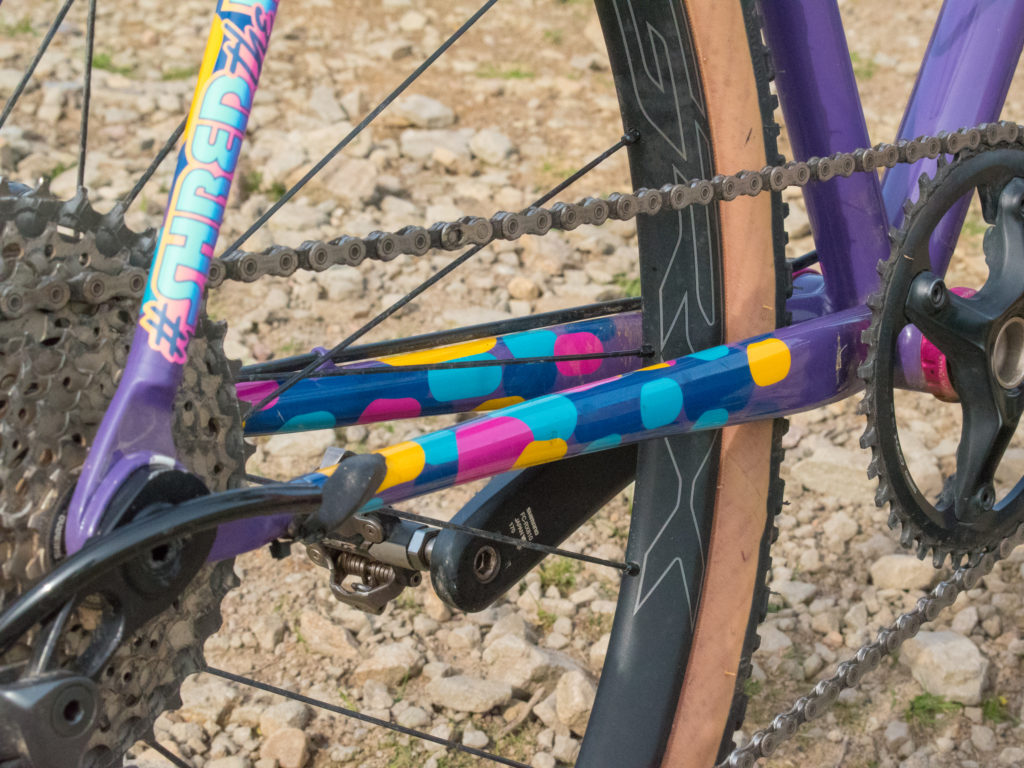 A closer look at that eye-popping paintwork by Rob at Colourburn Studio. Photo: Tim Wilkey

The final step was the build, which involved another friend Mark from Sterland’s Cycles. The initial build was a mix of Shimano Ultegra brakes and cranks with an XT Di2 rear mech and Wolftooth chainring. After being invited to join Shimano’s Gravel Alliance a few months later, I upgraded the set-up to full Shimano GRX Di2, opting for a 1X set-up with a 40T chainring and 11-42T cassette. I kept the display unit which I’ve loved since my first encounter on my Pinnacle Arkose. It is perfect for showing battery level and gearing on the fly. 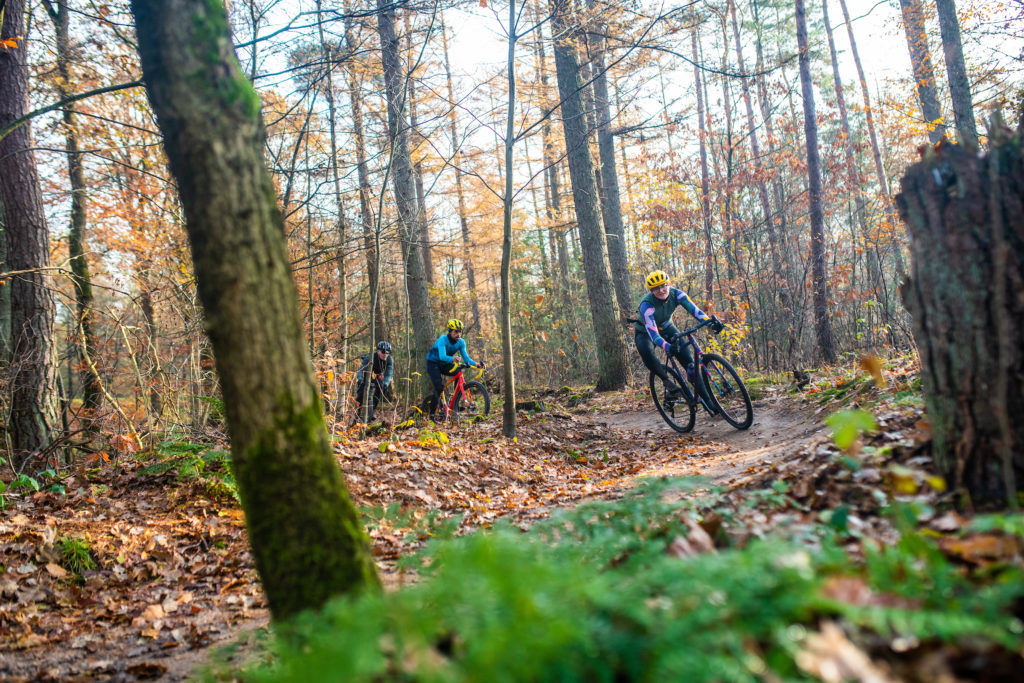 Tearing up the singletrack with the Shimano Gravel Alliance. Photo: Irmo Keizer

But how does it ride?

I’d be lying if I said my long-awaited custom build didn’t take a while to get used to. I felt so high up; the geometry so different to the Arkose which was now starting to gather dust in the corner of the garage. At the same time, my affair with cyclo-cross was coming to an end. I despaired that I had just dropped a shed-load of cash on a bike that I wouldn’t really use anymore.

Thankfully, that nagging doubt was proved wrong. I soon discovered that a huge triangle wasn’t only great for shouldering, but also for half-frame bags. The longer I spent on the Mercredi, the more in-tune we became. It certainly wasn’t as heavy as I’d feared as my first steel bike; in fact at this tubeset quality they’re really quite lightweight. 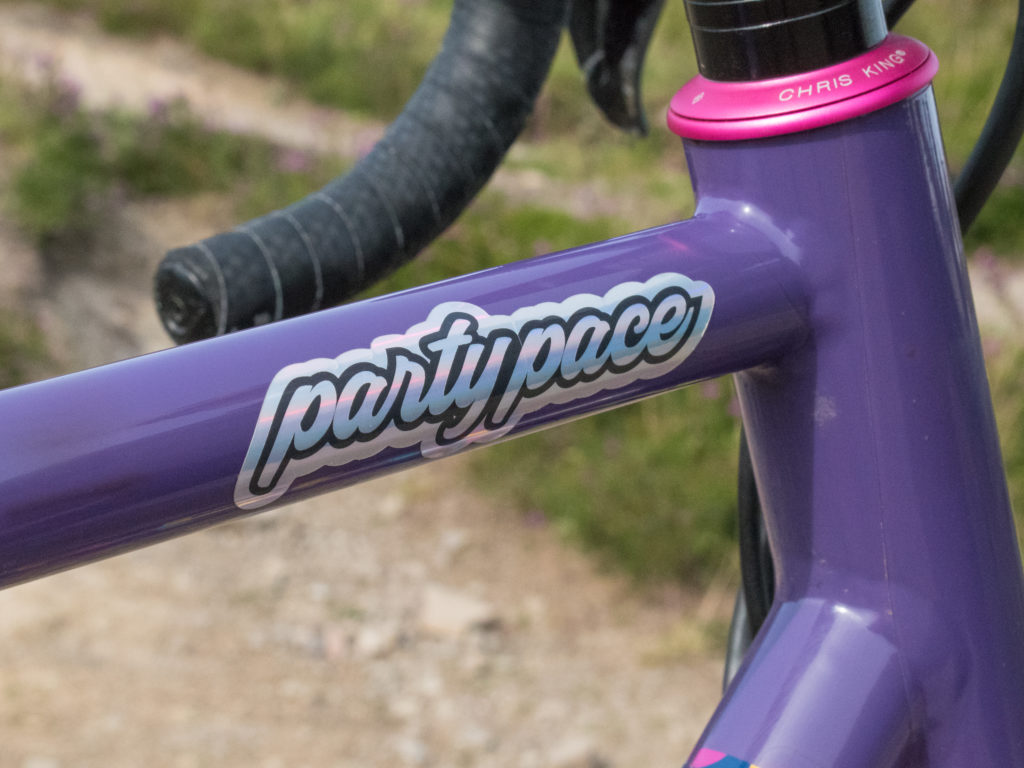 Party Pace. Katherine’s Mercredi prefers the chilled vibes of bikepacking rather than the hustle and bustle between the race tape. Photo: Tim Wilkey

After a slightly rocky start, we’d become inseparable. The Mercredi only graced one cyclo-cross race – it had felt wonderful, but my legs certainly hadn’t. We turned to bikepacking trips instead. Enduro-style gravel races, local rides from home, ‘School Night Bivvi Club’ outings and everything in-between. I soon learnt that the ‘CX’ tag was merely that; a label. What I actually have is a bike for off-road riding that was built specifically to fit me (and my favourite 40mm Nanos). I’ve never been as comfortable for as long on any other steed as I have aboard this purple dream. 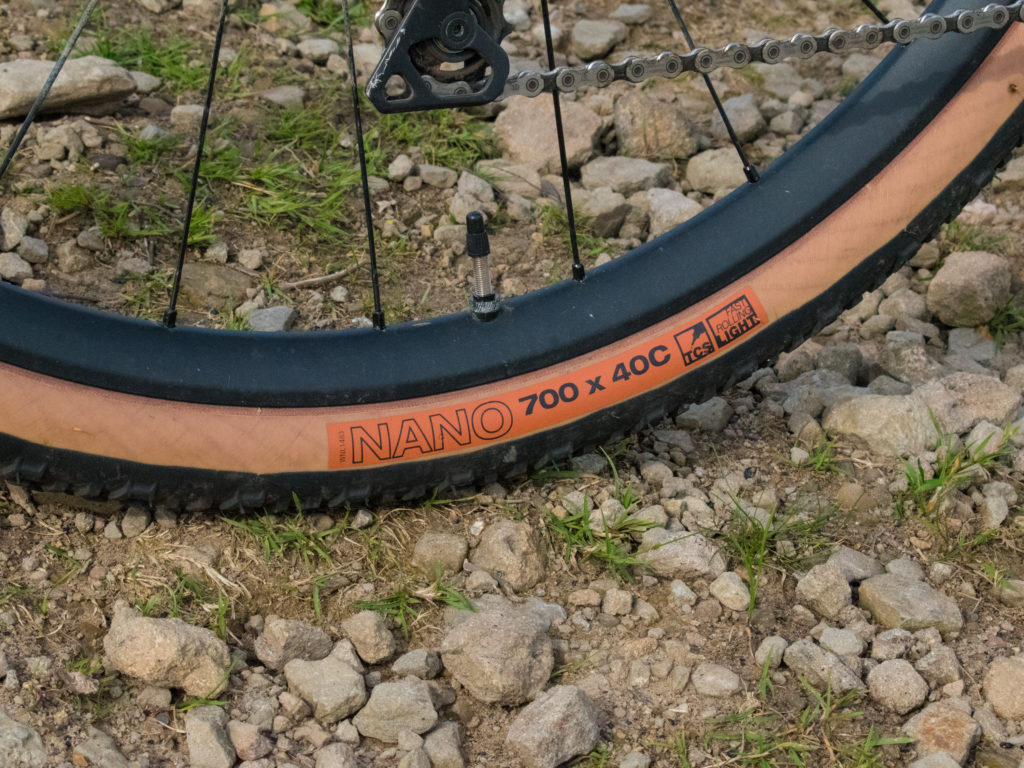 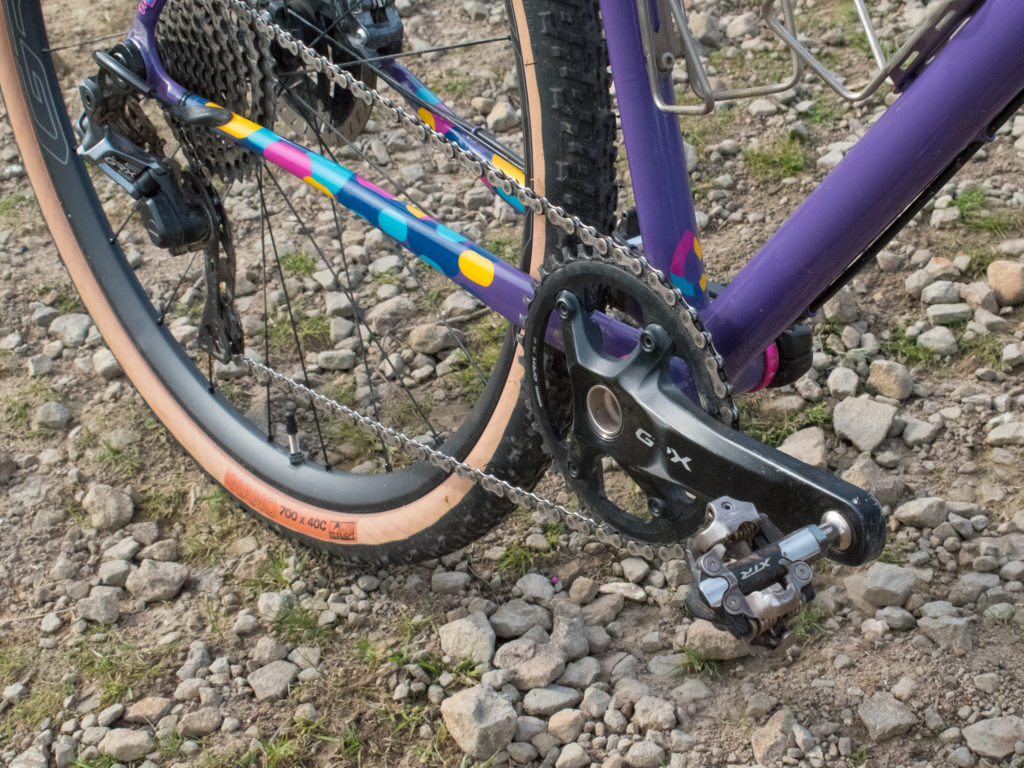 Find out more about Adeline’s design philosophy and how framebuilders are leading the way for off-road bike design with this episode of the Unpaved Podcast.

thank you for this – a great read. Don’t underestimate the extent to which your positivity and enthusiasm is a force for good in cycling. Every time I read your stuff I want to get on my bike and have fun, and I am sure I am one of thousands! Thank you!

Cool bike Katherine! Curious, why did you decide to swap XT Di2 for GRX Di2? At that size cassette and 1x combo, either of the rear mechs would have resulted in the same gearing. Keep up the good work!

Heya Don, essentially we put together the bike spec before GRX was launched, so it was a sort of cobbled together hybrid of Ultegra and XT. After riding some bikes with GRX at the LTD Gravel Raid in Germany on a press camp with Shimano, I was invited to join the Shimano Gravel Alliance, a group of 9 riders from all over Europe. Interestingly, the biggest difference I’ve found is the braking, it really is superb, but like you say, apart from getting a Shimano branded single chainring there’s no difference in gearing.